A POLICE officer has been caged after breaking a black dad's leg in front of his horrified sons as they visited their mum's grave.

Charlie Harrison booted Carl Abrahams so hard in the knee he was forced to use crutches for three months after suffering a fracture. 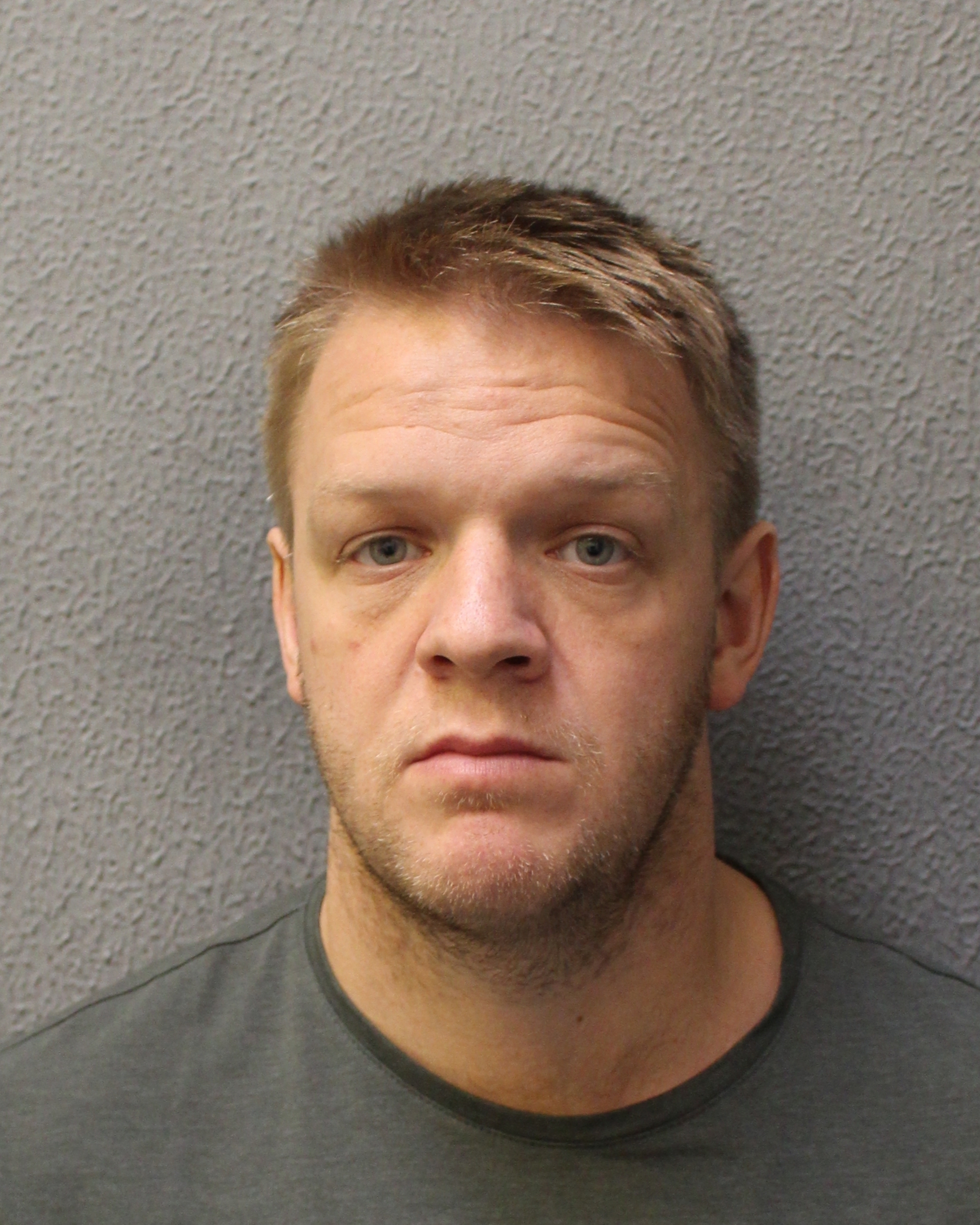 The thug, 39, has also left the dad's teen sons terrified of police and fearing they will be targeted because of their race.

He has now been jailed for two years and three months at Southwark Crown Court after being convicted of grievous bodily harm.

Sentencing, Judge Gregory Perrins said: "This was a clear case of racial profiling.

"I am satisfied that had they have been white you would have driven by without disturbing them."

The court heard how Mr Abrahams, 47, was leaving the cemetery with his two sons on New Year's Eve 2018 after placing flowers on his late partner's grave when he was targeted.

Plain-clothed Harrison, who was part of Scotland Yard's Violent Crime Task Force, used a "leg sweep" to knock the dad to the ground.

The cop, who made no effort to identify himself as a police officer after pulling up in an unmarked car, had been looking for black suspects in the area.

He said he approached the stunned family because "you don't find drugs or weapons by remaining in your car".

But his claims were dismissed by the judge, who said he had no grounds to arrest Mr Abrahams and no reason to stop and search the family.

The court was told he still requires regular physiotherapy three years after the attack and had to give up playing sport.

Judge Perrins said: "Even three years later his sons remain in fear of the police and worry they will be targeted because of the colour of their skin. Mr Abrahams believes the reason he was assaulted was he was black.

"Your actions severely undermine the trust placed in the police."

The attack was reported to the Independent Office of Police Conduct in January 2019 and Harrison was later charged and suspended from duty.

Commander Paul Betts said: “This matter was subject to a thorough investigation by the Met’s Directorate of Professional Standards and PC Harrison charged and later convicted by a jury.

“His actions were found to have fallen well below the standard we expect of our police officers, with a man left badly injured. This type of behaviour has no place in our police service and undermines the confidence of the communities we are here to protect.

“Following PC Harrison’s conviction, he will now be subject to disciplinary proceedings.”