Residents of an eight-story, 138-unit condo building in Miami were forced to evacuate overnight after city officials deemed that the structure was “not safe” for living.

The evacuation of 5050 NW Seventh St. in the Flagami neighborhood – which is located next to Miami International Airport – comes weeks after the collapse of Champlain Towers South in Surfside, which left 98 people dead.

“We felt the building occupants were not safe,” Asael Marrero, the director of Miami’s Buildings Department, told the Miami Herald. 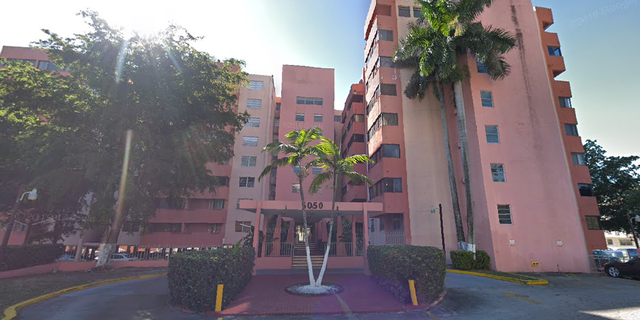 The eight-story building at 5050 NW 7th St was evacuated overnight.

The sequence of events leading up to the evacuation began in early July when the property was put on notice for several violations, including failing to obtain its 40-year recertification, according to the newspaper.

Marrero and other Miami officials then met with condo residents on July 26 “who were concerned about the condition of the building,” the city told the Miami Herald.

Following an inspection that took place the next day, investigators reportedly determined that a detached and elevated garage had to be shut down over structural concerns. They also instructed the property manager to submit plans immediately to fix damaged columns in the building’s first floor that “required emergency shoring,” officials said to the Miami Herald.

But the city added that it never received the requested plans or applications from the building for permits to fix the problems outlined.

Last week, Miami officials then received a letter from an engineer stating that the “building was safe for current occupancy while the emergency repair work continued” – but after an inspector spotted work happening at the property without a permit, a stop-work order was issued, the Miami Herald reports.

Miami Building Department officials finally met with the condo association and the engineer on Monday and ultimately “found the columns to be structurally insufficient,” prompting the evacuation, the newspaper adds.

The city reportedly is working with residents to help them find temporary housing.

“It’s very, very sad and it’s very unfortunate, not only for me, but there’s a lot of elderly people that live here,” one resident, Maria Lejandro Perez, told WSVN.