When director James Hawes needed a voice to convey the sleazy undertones of his new spy drama, he enlisted the guy who turned “Sympathy for the Devil” into an eternally sinister narrative.

Under Jagger’s vocal command, “Strange Game,” which will open each of the six episodes, is a foreboding introduction built on sticky guitar strikes and a prowling pace.

The show, which follows a dysfunctional team of British intelligence agents relegated to the work dungeons because of their frequent blunders, is based on the first book in Mick Herron’s “Slow Horses” series.

Jagger crafted the song with English composer Daniel Pemberton earlier this year. The Rolling Stones frontman, 78, assumed the theme would be named after the series, but when given license by Pemberton, he conjured “Strange Game” because the characters “are in a peculiar business,” Jagger says.

Calling from England for a quick chat, Jagger discussed the creation of the theme song as well as why U.S. fans aren’t likely to see the Rolling Stones on tour this year. 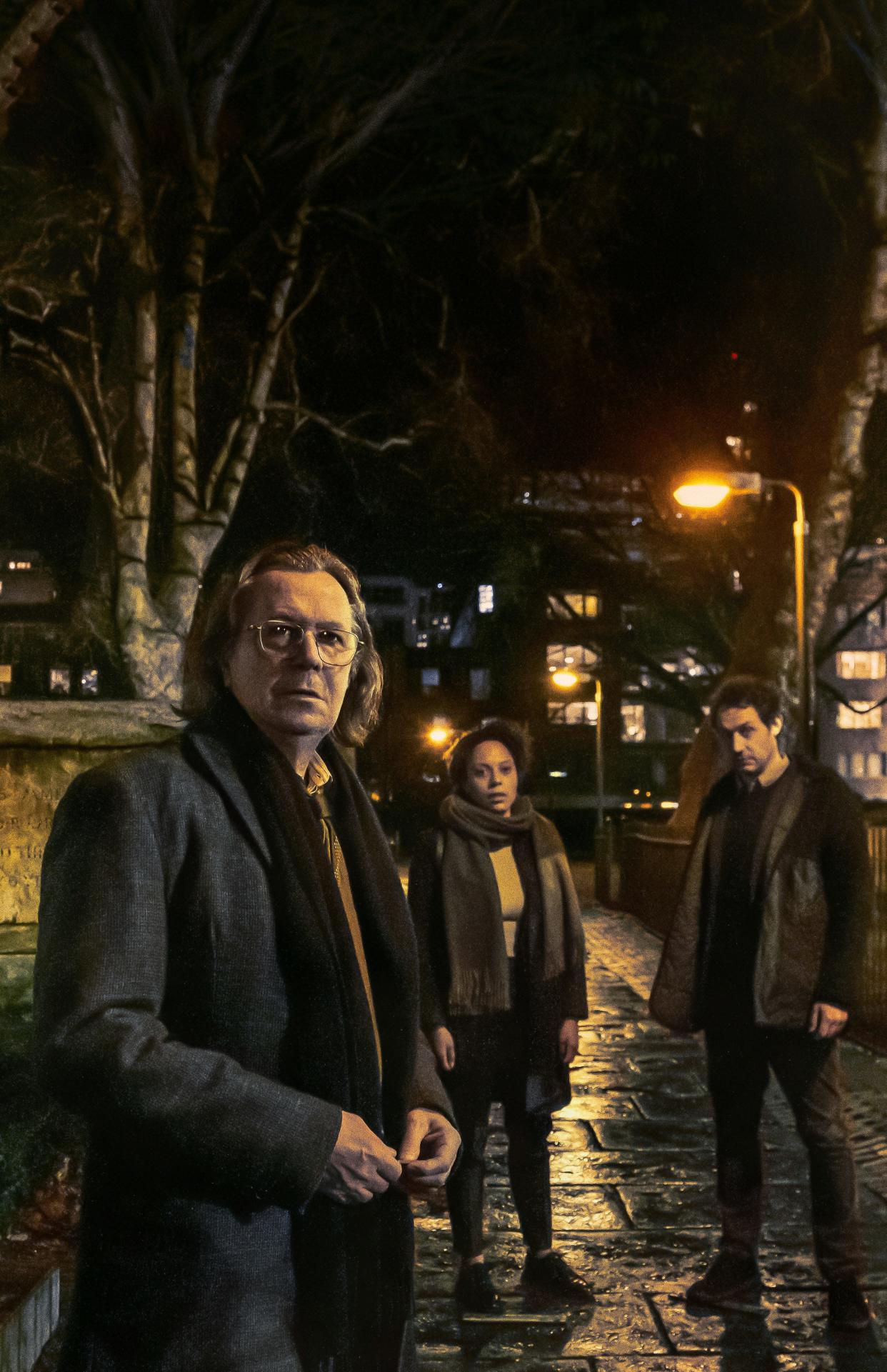 Question: James Hawes says you were always the guy he wanted for the theme song. When you got the pitch, what made you say yes?

Mick Jagger: The thing was, I read quite a lot of the books already so I was familiar with the characters and then it was easy for me to to imagine doing it. If I hadn’t (read them), I would have liked to plow through the whole novels to get a feel for them. (Co-writer) Daniel (Pemberton) just sent me the track, which had a nice mood, but there were no lyrics. I knew I was going to make it about the main character and about the guys who had been stuck in Slough House because they’d screwed up. So there were two themes going in – the main character (Jackson Lamb, played by Oldman) surrounded by losers and the losers going, all we want to do is get back into the game at the posh office at Regent’s Park.

Q: Was it easier or harder to write for TV?

Jagger: It’s interesting writing for this specific thing rather than anything that just comes into your head. It’s a different kind of exercise in writing. You’re aware of what you’re trying to accomplish (thematically) and have to imagine it being played over the title credits.

Q: The song has a very ominous swagger between the dark musicality and your sneering delivery, especially the line about “losers, misfits and boozers.” Did you look to any other TV themes for inspiration?

Jagger: Not really. I thought what Danny sent me was really good. When you watch these series, sometimes they’ve got these big ballads that could drive you crazy or sometimes they’re more low key. I felt Danny’s approach, this low key way, was the way to go. I thought the music fit what I knew about the characters. Of course, you can always skip the intro (laughs), but it’s good to have something (to go with a show). 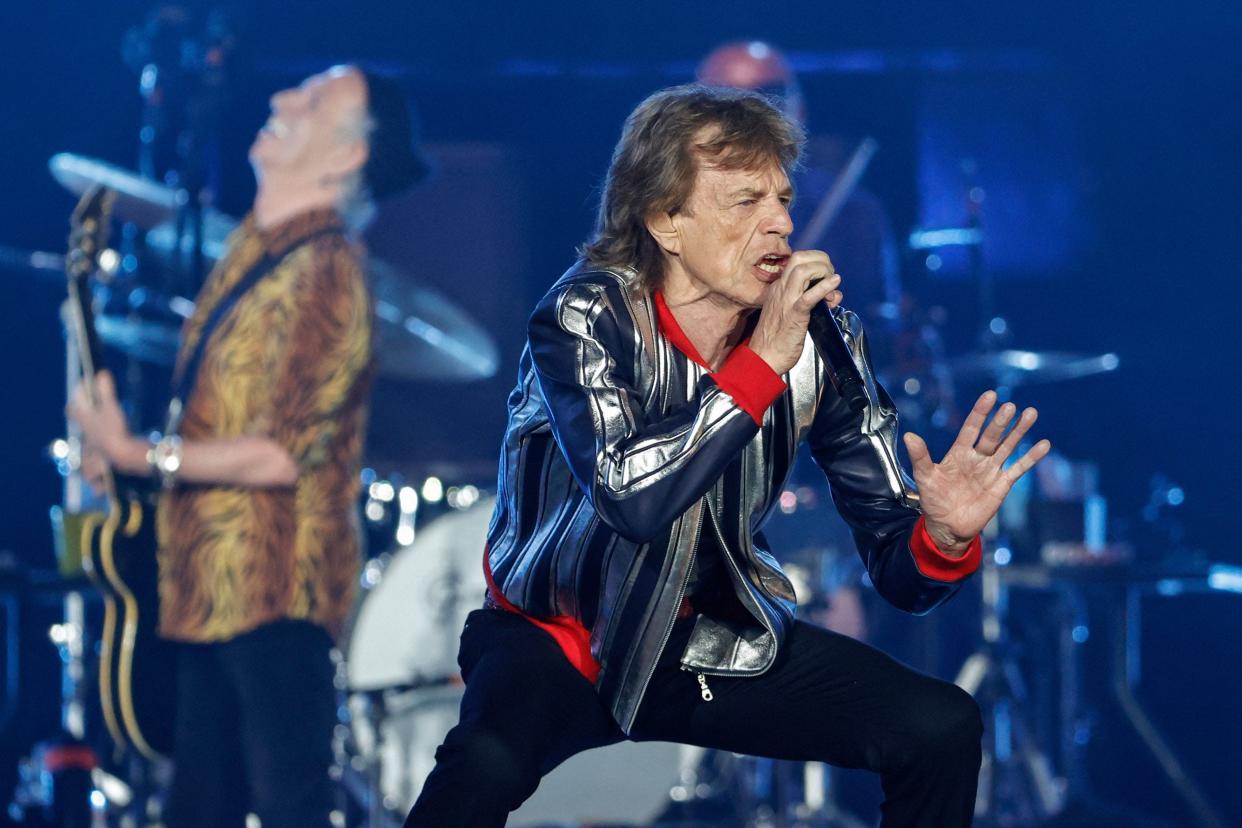 Q: Do you have a favorite theme song?

Q: Have you seen any of the show yet?

Jagger: I’ve seen the first few episodes. Gary Oldman always gives a really good performance and it’s a really good part for him. And Kristin Scott Thomas is great as the haughty head of MI5.

Q: Going back to your usual career, you’ve announced European dates for a 60th anniversary Rolling Stones tour this summer. What does that mean for seeing the band back in the U.S. next year to celebrate the milestone?

Jagger: I don’t know about the U.S. I’m focused on putting together the European leg because, to be honest, there’s a lot of work to be done. I’m not really planning on next year right now. But the last leg (of the No Filter tour) in the U.S. was really fun.