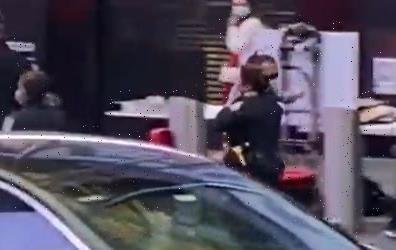 INCREDIBLE footage appears to show a hero cop carrying a child to safety after a horror gun rampage in Times Square.

Police are hunting for a gunman who opened fire in the New York City tourist hotspot injuring a four-year-old girl and two unsuspecting women in a hail of bullets on Saturday. 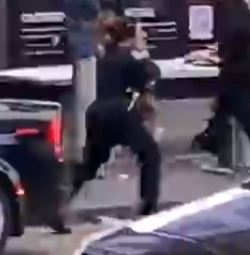 Video – which is being widely shared on social media – appears to show the carnage as police scrambled to get the situation under control after the shots were fired outside the Lion King.

With sirens blaring in the background, a group of officers can be seen running through the city streets amid the carnage.

The camera then zooms in on one officer who appears to be cradling a small child in her arms.

She clutches the child as they run towards an ambulance and try to get the little one to safety amid the chaos.

It is not immediately clear if the child who was shot is the same as the one being cradled by the brave officer.

The clip is gaining traction on social media after a shortened version was shared by retired NYPD detective Angel L Maysonet.

"We do this job, not for those who hate us, but to protect the innocent. We don’t want accolades or special treatment We want to be appreciated."

His post has been liked over 2,000 times and shared over 600 times as of publication – with the numbers increasing every minute.

The toddler and one woman, 23, were both shot in the leg, while another 43-year-old bystander was struck in the foot during the Saturday evening shootout in New York City, police said. 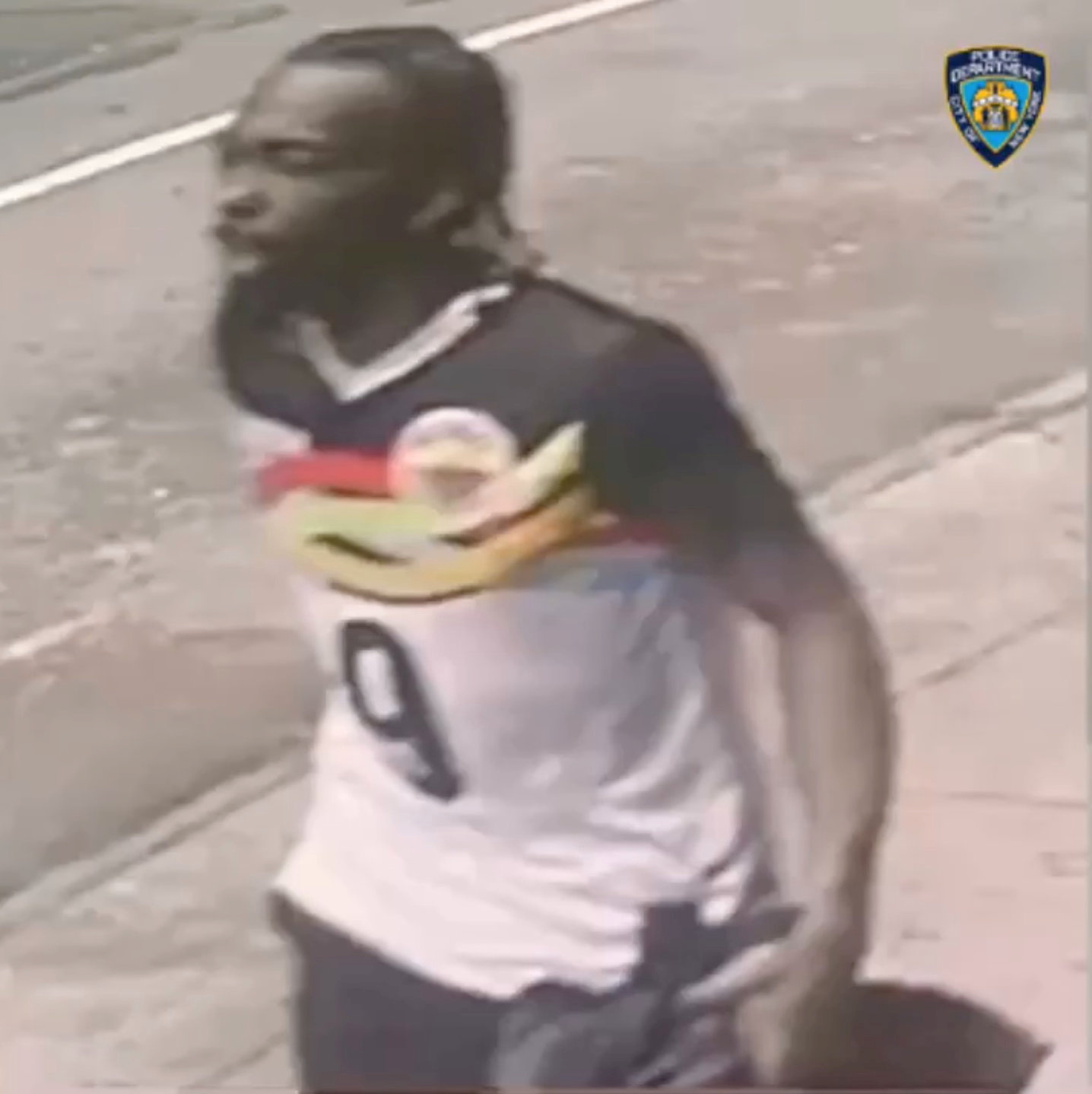 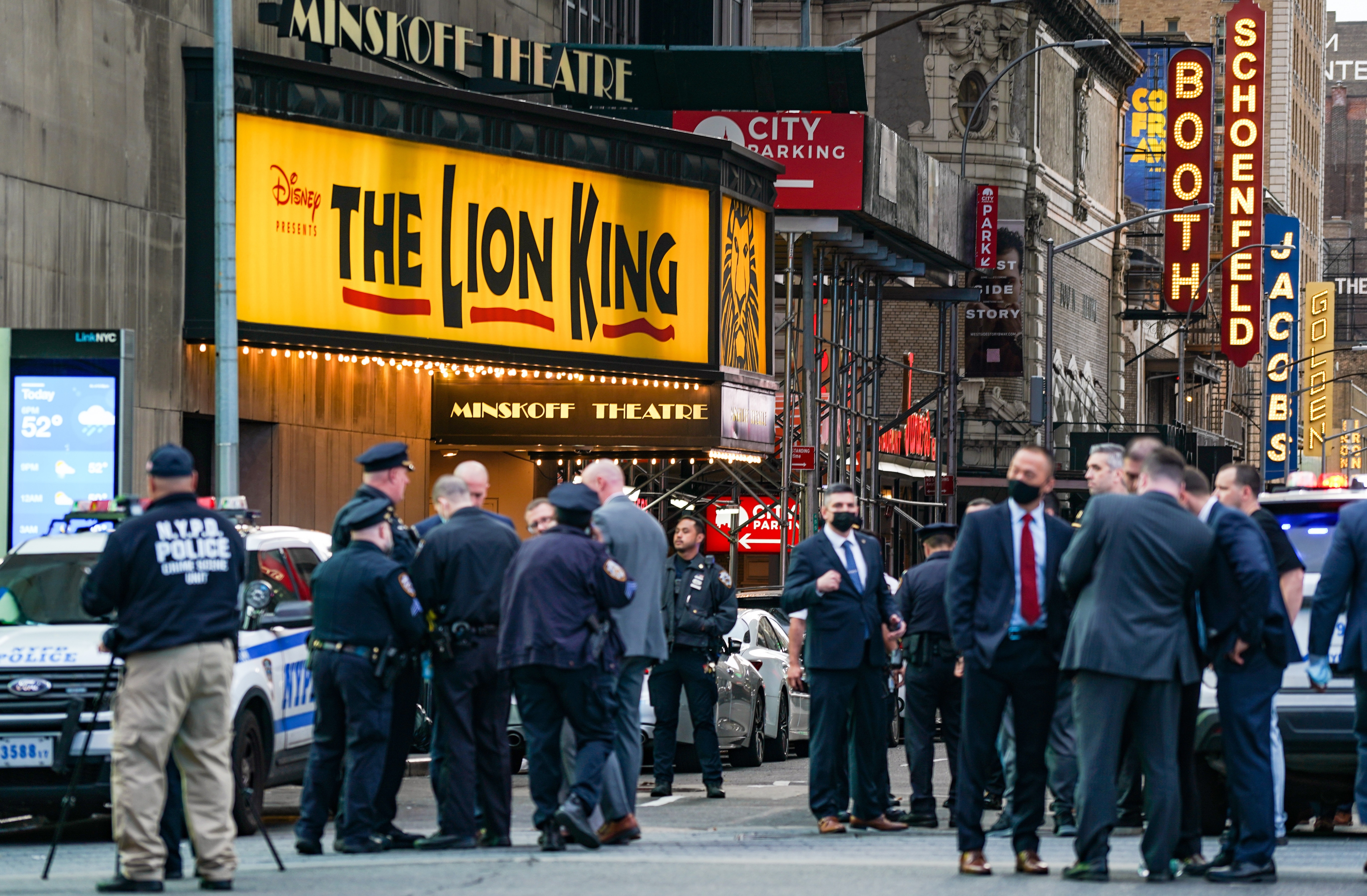 Mr Maysonet's post appears to have been in response to anti-police sentiment which has raged across the US for the past year after a number of high profile cases – such as the killing of George Floyd.

Critics and protesters have attempted to argue the entire institution of the police needs to be torn down and reconstructed, with some Democrats supporting movements such as #DefundThePolice.

Social media users responded to his post with hashtags such as #BackTheBlue and #DefendThePolice as they hailed the officer's in the clips heroics.

"Heroes them all!" one wrote, while another added "this is who we are. God Bless the men in BLUE".

'THE MOM WAS CRYING'

Cops are now hunting for the gunman who blasted the child and the two women, 23 and 43, who are believed to have been bystanders to a street dispute.

One witness heard two shots and saw a bloodied young child: “The cops grabbed the baby and put [her] in the ambulance,” Sakho Khadim told The New York Post.

“The mother was crying."

Although they are all expected to survive, the brave tot has to undergo surgery after the bloody gun rampage.

"It appears at this point time the three individuals that were shot are not known to each other and it appears all they are innocent bystanders," he said. 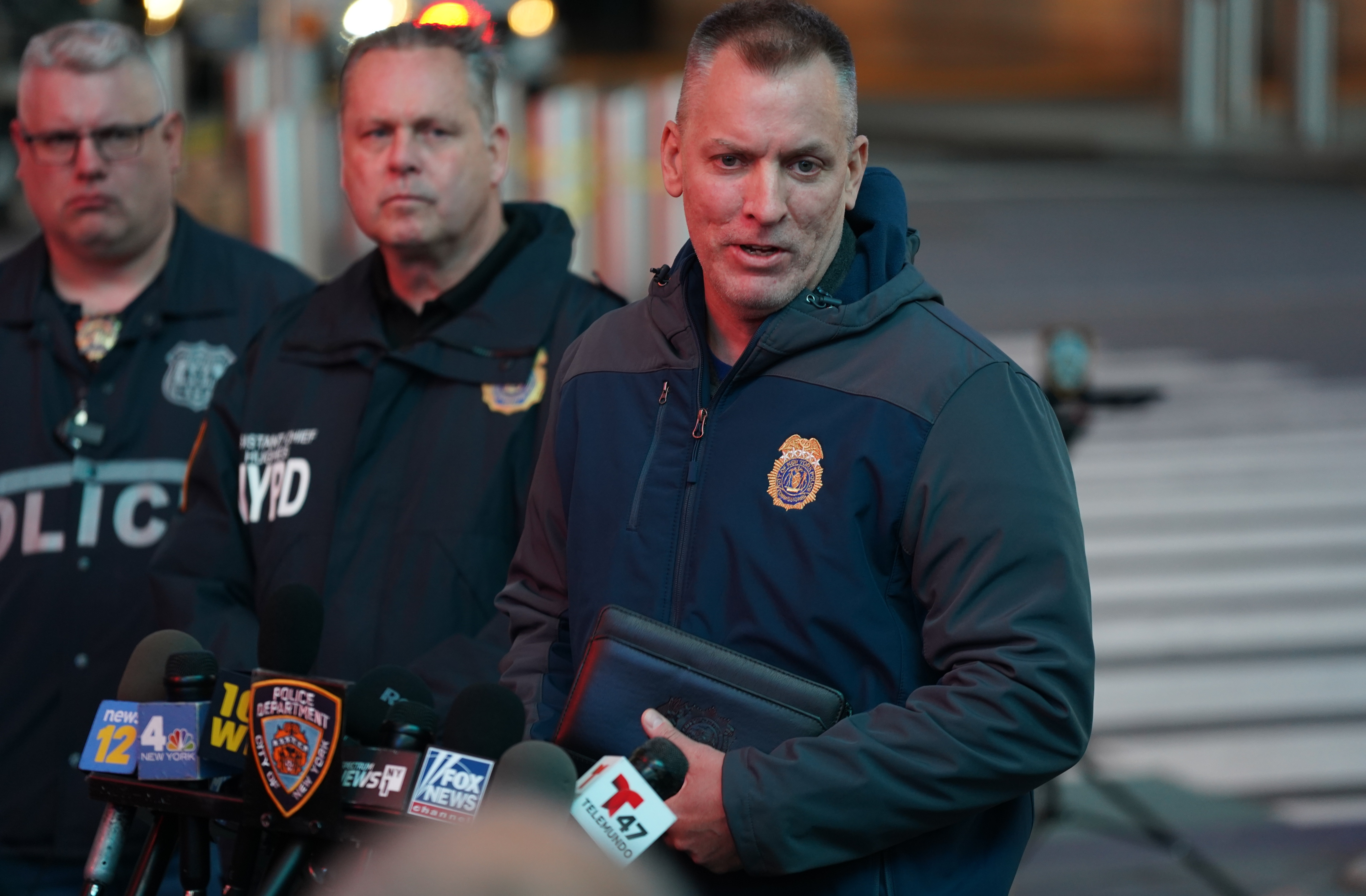 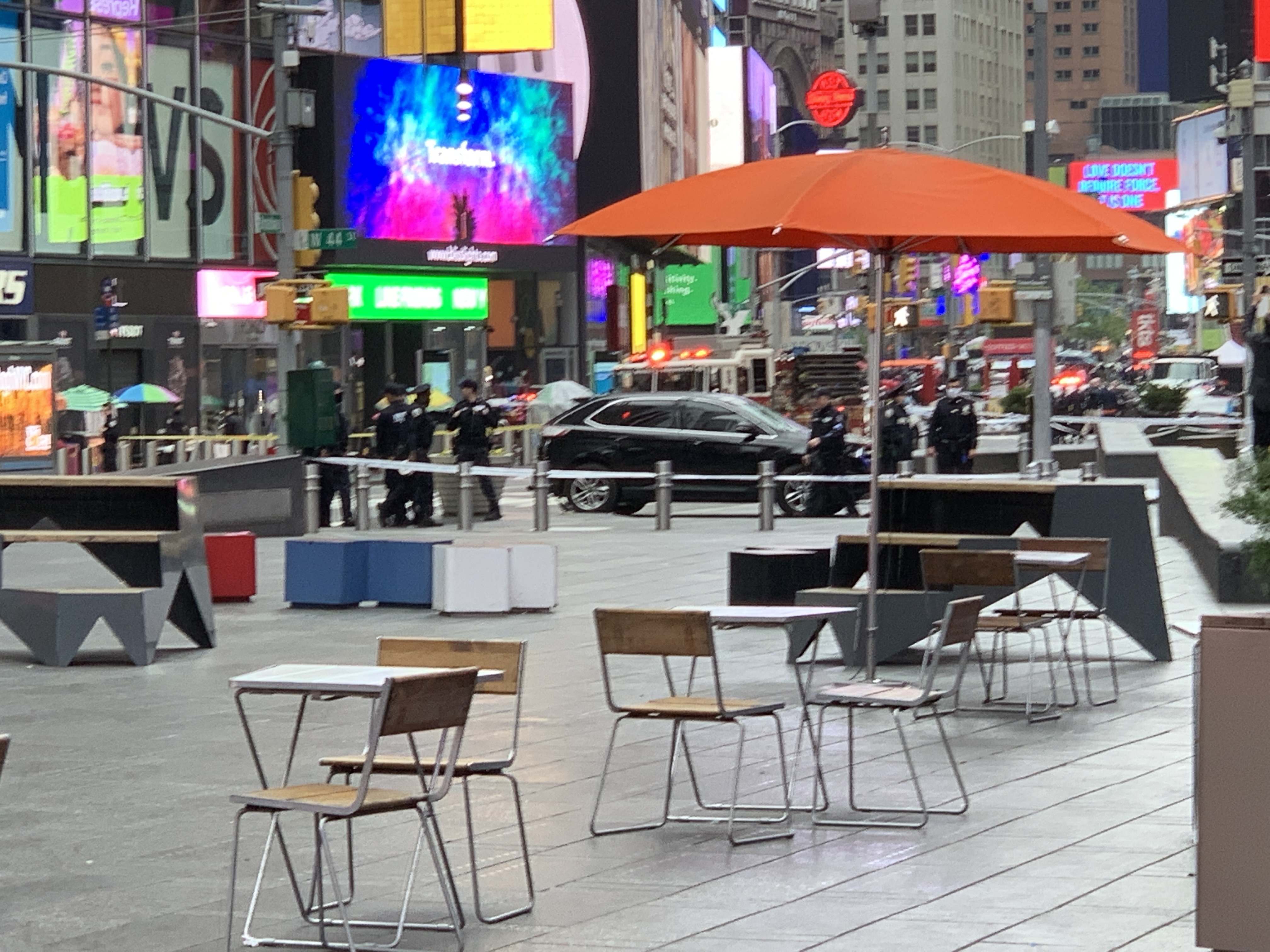 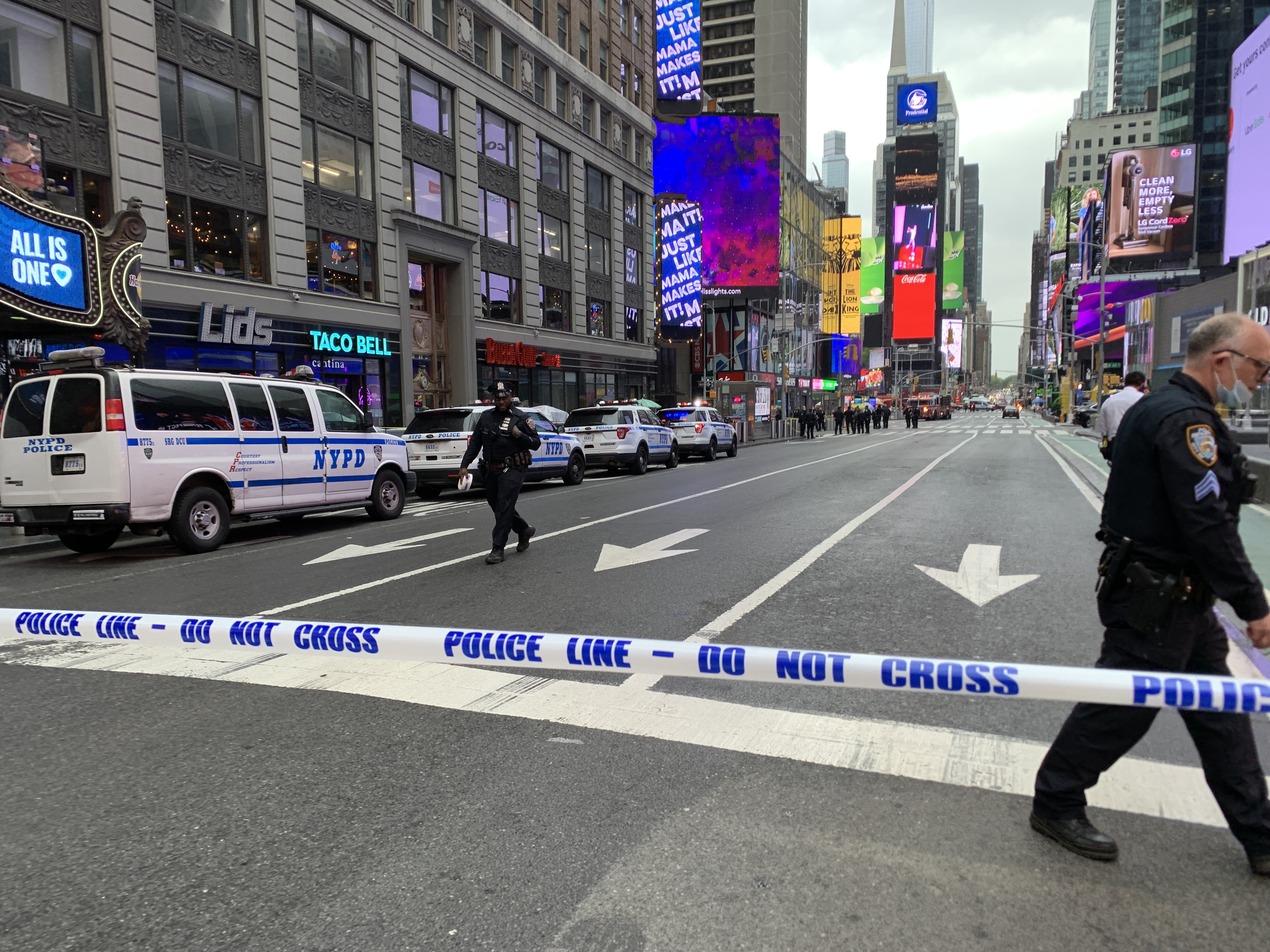 "It appears at this point time the three individuals that were shot are not known to each other and it appears all they are innocent bystanders," he said.

"At this point in time we have one person of interest that we are seeking information. We have at least one shooter but it's an active investigation."

"We have a dispute from numerous witnesses that involved at least two to four people,"

Shea said. "It is during this dispute that at least one person pulled out a gun."

Although he noted that it is early in the investigation and things could "change," Shea confirmed it was while pulling out the gun and firing, the suspect struck the three victims.

NYPD officers on the scene recovered three .25 caliber shell casings – and have circulated a photo of a man they want to speak to.