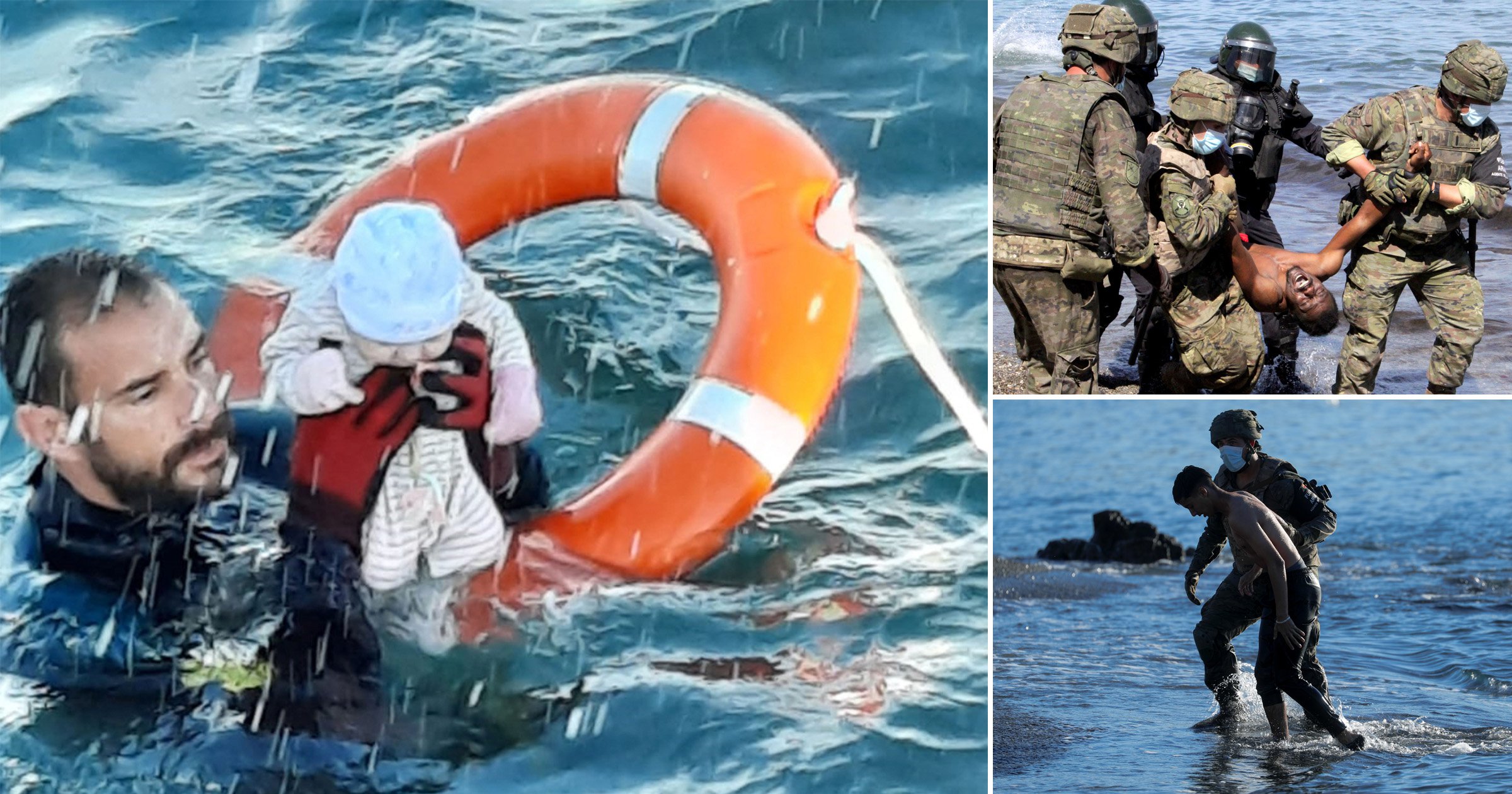 A heroic policeman rescued a drowning baby as thousands of migrants swam into the Spanish enclave of Ceuta from Morocco.

A powerful image shows the Spanish Guardia Civil officer clutching the infant while clinging to a lifeboat in the water.

The baby is one of several children saved by emergency crews including a young boy carried by his mother.

Around 8,000 people including 1,500 minors travelled to Ceuta, on the border of Spain and Morocco, in the last two days, according to officials.

They faced an exhausting journey to reach the North African enclave by swimming across the Mediterranean Sea or scaling a double-wide border fence – before sleeping wherever they could find shelter.

Unaccompanied children were taken into care, according to reports.

But military vehicles deployed to Ceuta to intercept the migrants turned away 4,000 people.

Soldiers and police used batons to remove people from the beach and hurled smoke bombs to discourage others from crossing.

Now the flow of people arriving is said to have been reduced to a ‘trickle’ on Wednesday, with reports suggesting some were voluntarily returning to Morocco. 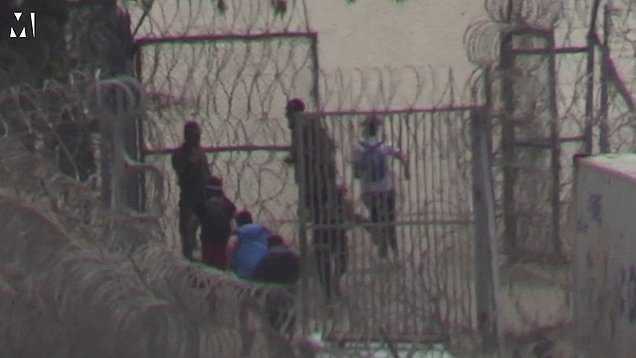 Spain’s Prime Minister, Pedro Sanchez, flew to the area in a bid to ‘restore calm’.

‘This sudden arrival of irregular migrants is a serious crisis for Spain and Europe,’ Sanchez said in a televised address before his arrival in Ceuta.

He later criticised Morocco for carrying out an ‘act of defiance’, adding: ‘The lack of border control by Morocco is not a show of disrespect of Spain, but rather for the European Union.’

Ceuta, which has a population of 80,000, is on the northern tip of Morocco across from Gibraltar.

Along with another Spanish enclave, Melilla, Ceuta is said to be a magnet for African migrants seeking a better life in Europe. Morocco has a claim on both.

The ‘influx’ of migrants comes amid heightened diplomatic tensions with Morocco.

The regional leader of Ceuta criticised what he described as Morocco’s passivity over the crisis.

Morocco is said to have initially allowed migrants to enter to pressure Madrid over its decision to allow the leader of a rebel faction to receive treatment for coronavirus in a Spanish hospital.

‘It tears our hearts out to see our neighbours sending children, even babies… (because) they reject a humanitarian gesture on our part,’ she said.