Do you know them?

Do you know the people in the video and whose funeral it was? Let us know: [email protected].uk

Footage shows the moment mourners began an impromptu rave at a cemetery during a DJ set at a funeral.

Well-wishers had gathered at Witton Cemetery in Birmingham to say farewell to a loved one, known only as Katty, last week.

Video footage captured the moment the congregation began busting some moves after a DJ set up his turntables in the middle of the graveyard.

More than 40,000 people have viewed the footage and there have been mixed reactions.

Some were complimentary of the group expressing their feelings in a unique manner, while others felt they should not have been dancing over the graves. 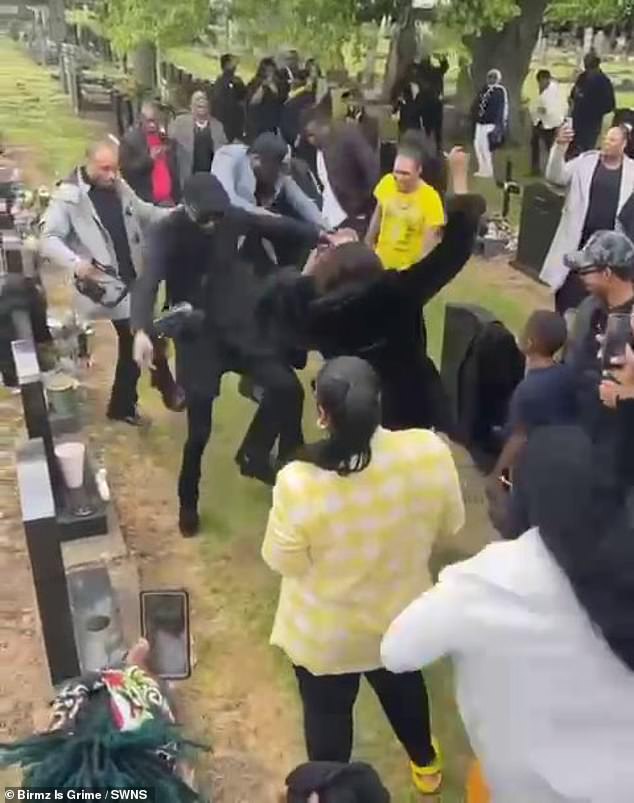 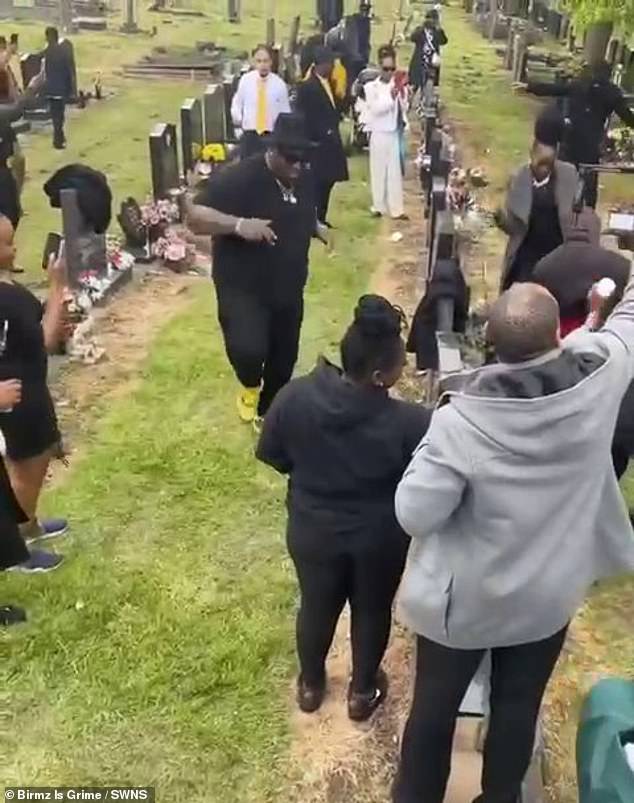 The online reaction was mixed, as some praised the unique way of remembering a loved one while other felt it lacked respect 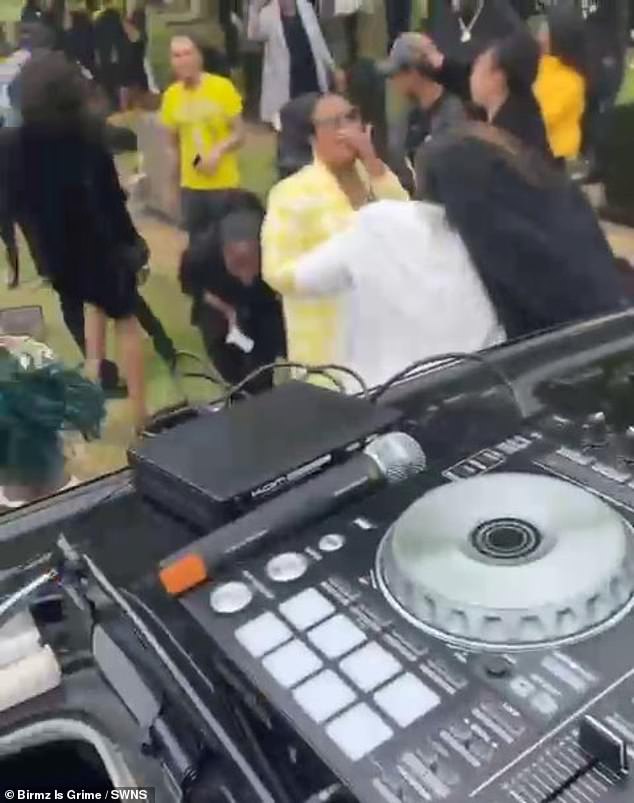 The video, obtained by Birmz Is Grime, shows mourners dressed in black smiling and laughing while dancing around people’s graves as loud dancehall music pumps out from portable speakers.

On their post, one person commented: ‘What a lovely tribute, I’m sure Katty would be smiling down. Nice to see a proper celebration of someone’s life.’

Another added: ‘Rip my friend #katty you had a send off like no other #weloveyou’

A third person wrote: ‘A beautiful and fun-filled way to say goodbye to a loved one. Bringing your own DJ is brilliant too. What a send off.’

One said: ‘This looks like the most fun funeral ever. I’m sure your friend Katty would be proud.’ 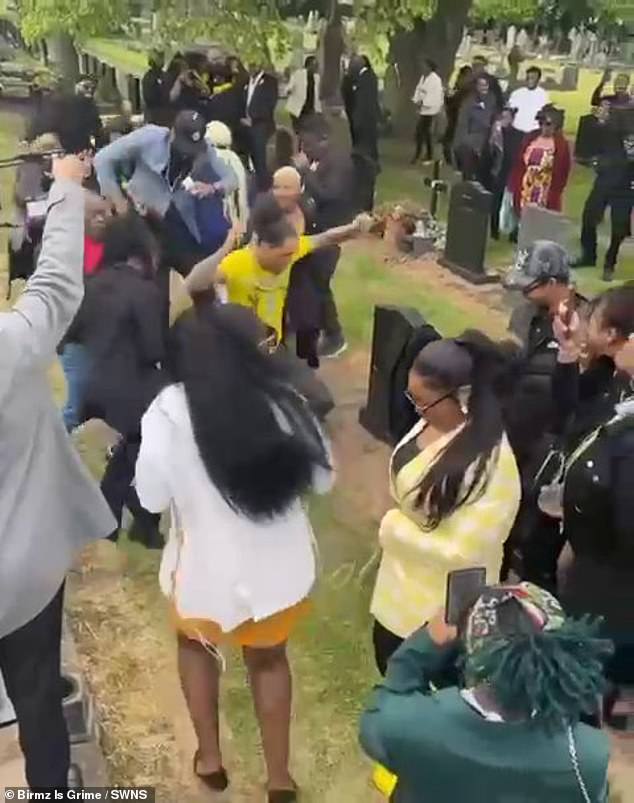 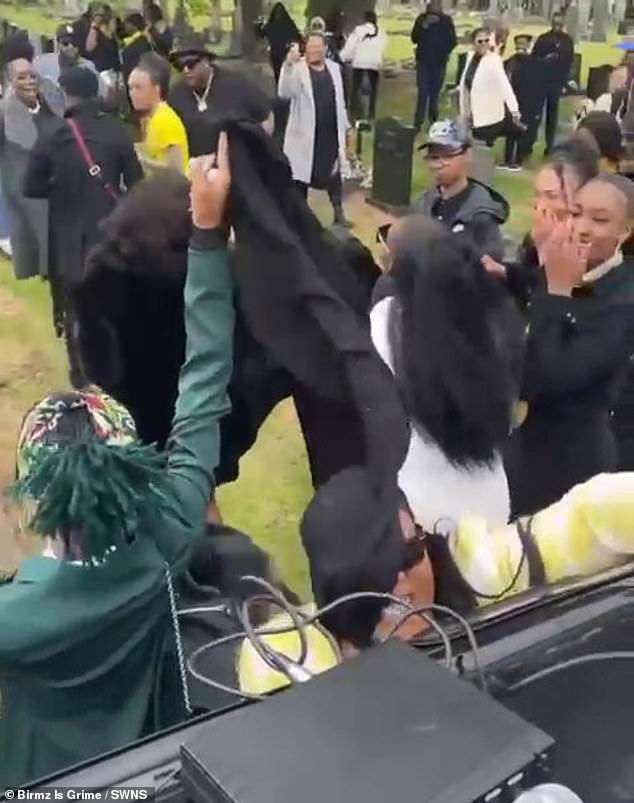 The 38 second clip was posted with the caption ‘They brought a Dj to the cemetery! R.I.P KATTY #Birmingham’

But others were not so sure, with one person commenting: ‘Na I don’t rate it, look how many peoples graves get stepped on.’

Another put: ‘Kinda f***ry still when old Ethel turns up to water her late husbands flowers only to find 30 man strong stomping on her orchids.’

One person added: ‘Everyone deserves a good send off, but levels of disrespect shown to others already at rest there feels real uncomfortable.

‘That’s why we have wakes, dance to till you can dance no more then, don’t be jumping on other peoples loved ones graves.’

Another put: ‘Nahhh I was always taught not to step on graves its disrespectful, nice thought just wrong place.’