Mom's fury after teacher 'TAPED face mask' on her son, 9, leaving him 'humiliated'

AN OUTRAGED mom has claimed a substitute teacher taped a mask to her nine-year-old son’s face, leaving him “humiliated” in front of his classmates.

The mother, who wishes to remain anonymous, has demanded the teacher at Reedom Elementary school in Mountain’s Edge, Las Vegas, be fired after publicly punishing the fourth-grader. 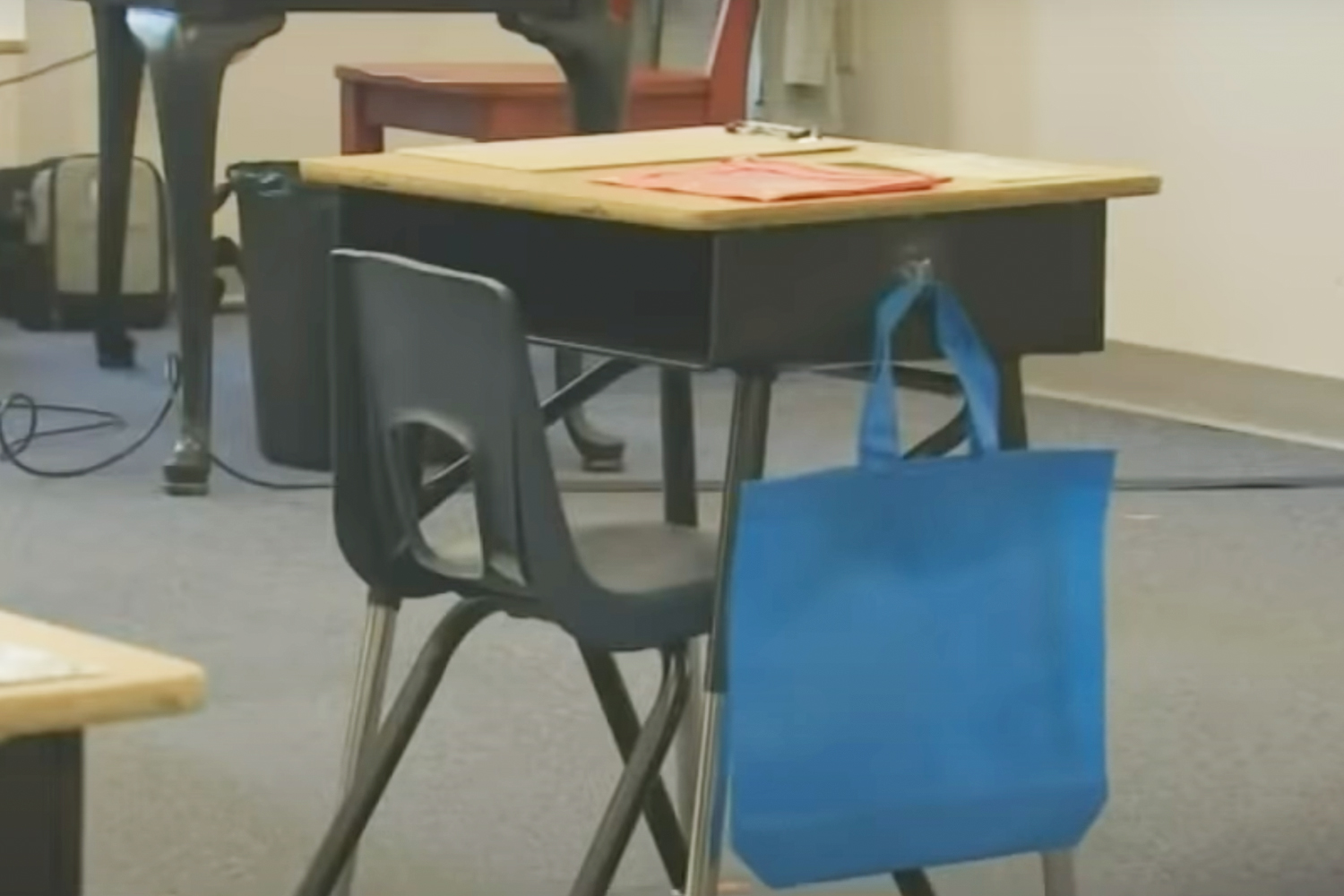 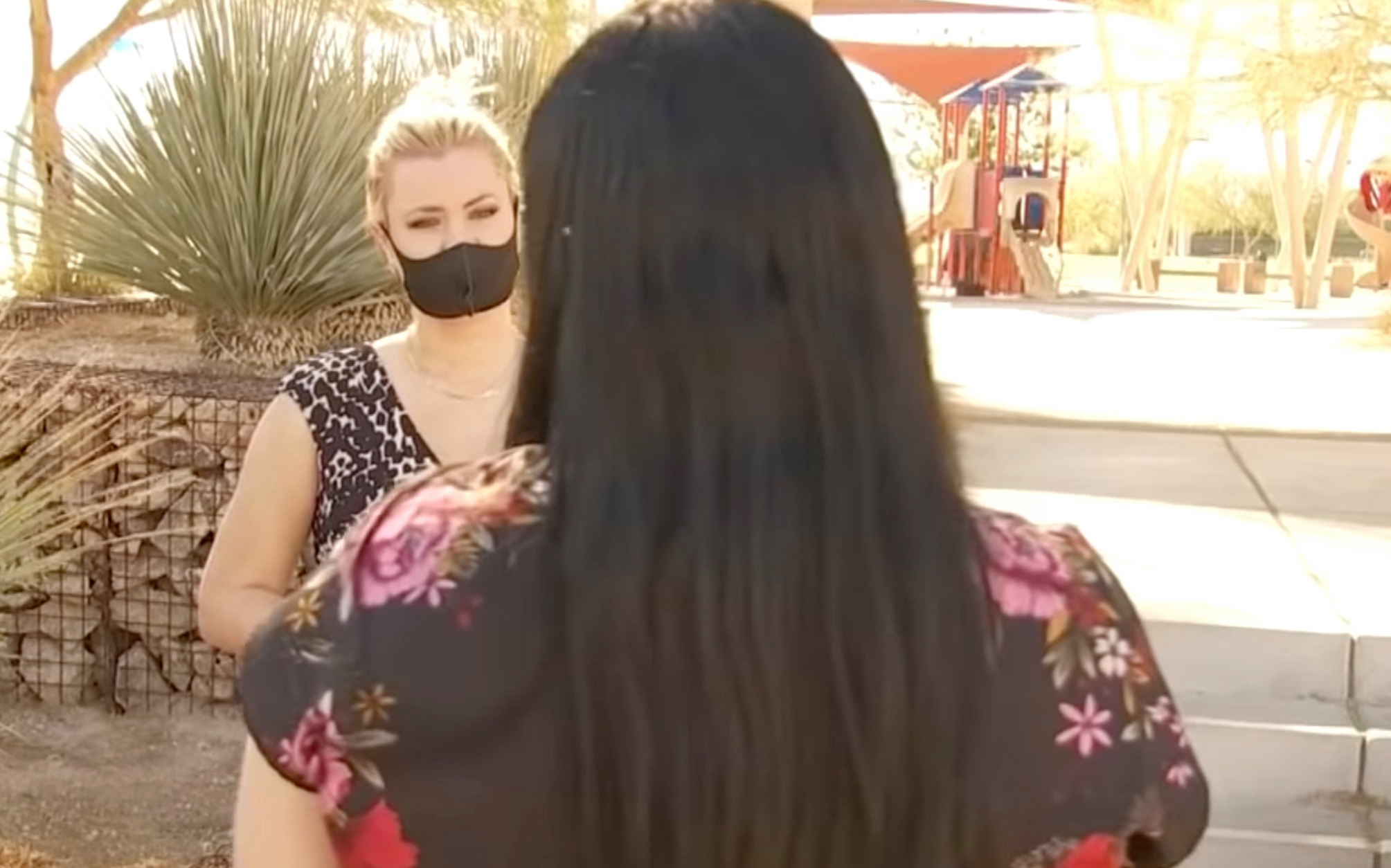 The teacher had acted when the student failed to wear his mask properly in the classroom.

Schools in the Clark County School District have required masks, regardless of age or COVID-19 vaccination status, since July, the New York Post reports.

The mom is worried her son could be traumatized by the experience and experience long-term effects socially after his class was laughing at him.

She told KVVU-TV that her son forgot to put his mask on properly when he went to get a drink of water.

She claims that the teacher didn’t tell the boy to put his mask back on or send him to the office.

Instead, it is alleged that the teacher brought him to the front of the class and placed two strips of tape across his face.

It is unclear when the incident took place.

“I was furious, furious. I was scared for my son on what kind of long-term effect it is going to have on him socially, the fact that the entire class was laughing,” the furious mom said of the incident.

“He went to get a sip of water, forgot to put the mask on. The teacher did not tell him to put it back on or send him to the office, she instead pulled him up in front of the classroom in front of all of the students and she then taped the mask across the top of his face,” she added.

The second strip of tape was allegedly placed from his nose to his forehead.

The school was alerted to the incident when the nine-year-old went to the office to pick up homework he’d left at home and his dad had dropped off.

The school’s administrators were alarmed and alerted the principal, who went to the classroom to investigate, according to KVVU-TV.

“She saw another student who she thought was my son with tape on their face as well,” the mom claimed.

The boy allegedly told his parents that the same thing happened to students on at least five other occasions in the classroom since the start of the school year. 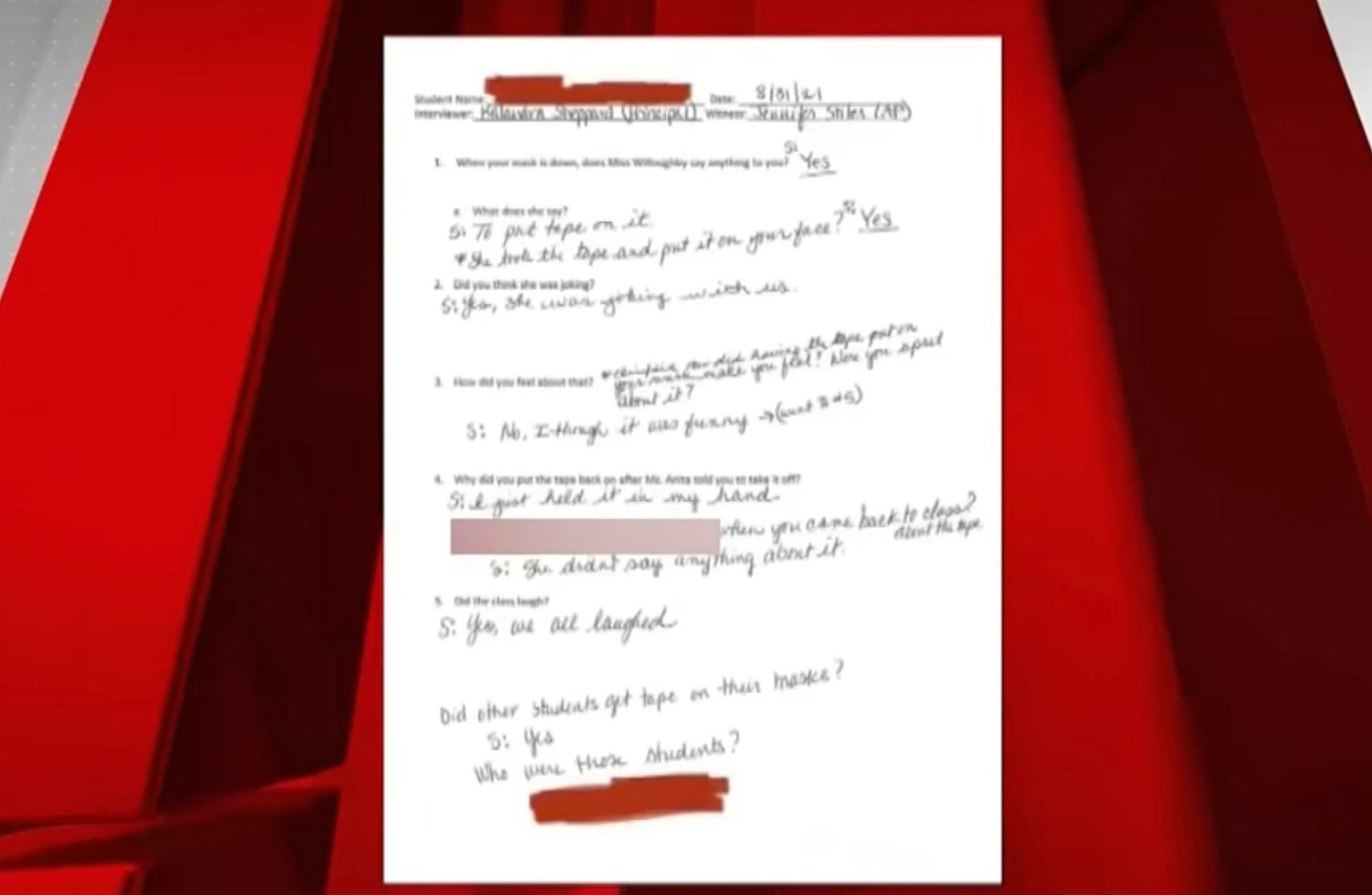 “He was very upset. He was crying. He was humiliated,” the mom said, adding that it was not a political issue as she has no issue with mask mandates.

“It’s crazy. Corporal punishment in schools should not be happening.”

The family says it has filed a police report and that it is now looking at potentially changing schools.

The Clarke County school district was contacted for comment on the incident.

“The district is aware of the isolated incident and is dealing with the employee through the proper channels,” it said in a statement to KVVU.

“The principal proactively notified the family of the investigation.”