Mother abandons newborn in Italian hospital after child got Covid-19

An Italian woman who took her daughter to hospital after the newborn fell sick with coronavirus has abandoned the child, doctors said today.

The woman and her daughter tested positive for Covid-19 last week and she carried the baby into A&E at Di Cristina Hospital in Palermo, Sicily.

The mother left the hospital while her baby was being treated and police have launched a manhunt after she failed to answer calls from medical staff.

The mother and baby had arrived at the hospital in a police car, according to national paper La Repubblica, but it is unclear under what circumstances or how the mother was able to leave. 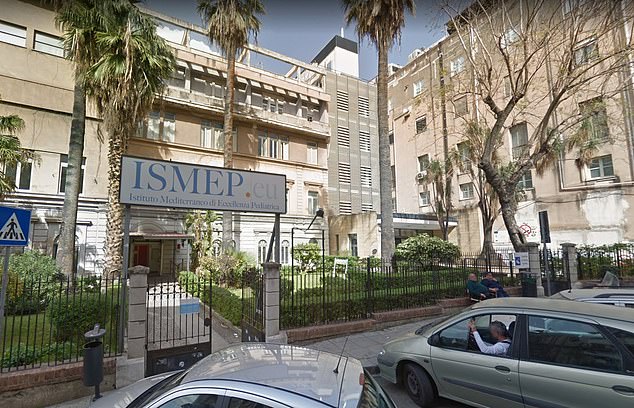 The mother carried the newborn into A&E at a Sicilian hospital last week (pictured: a general view of Di Cristina paediatric hospital in Palermo, Sicily)

‘But we were unable to reach her. At that point we called the police and told them the little girl may have been abandoned.’

The newborn has since recovered from the virus.

Police are reviewing CCTV images of A&E, as well as taking witness statements, in the hopes of tracking the woman down.

Twenty-six children have been admitted to the paediatric hospital’s infectious diseases ward, 17 in October after schools reopened.

‘Only four have some complication, the others are fine and will be discharged as soon as they test negative,’ Furnari told La Vanguardia.