A pair of ‘cruel and manipulative landlords’ who used violence, vandalism and theft to illegally evict their tenants during a decade of abuse have been jailed for more than nine years.

Mother and son Sohila, 66, and Pedram Tamiz, 47, ordered masked gangs to threaten and attack their tenants as well as smash their homes and change their locks.

They carried out their abuse between 2011 and 2021 on 10 victims who lived inside a converted hotel in Margate, which contains 26 flats. 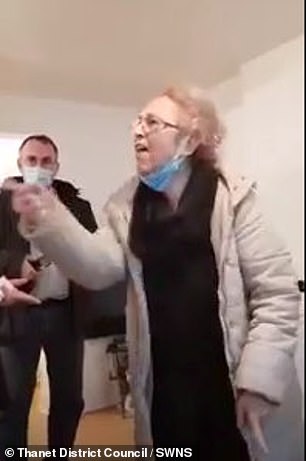 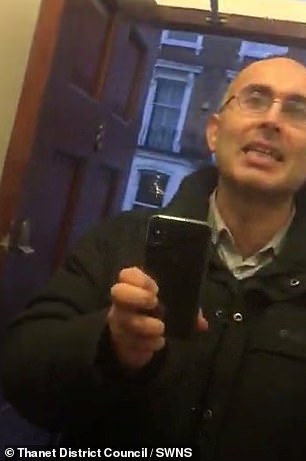 Sohila Tamiz, left, and her son Pedram, right, were jailed for a combined total of more than nine years for terrorising their tenants in a converted hotel in Margate, Kent, for a decade 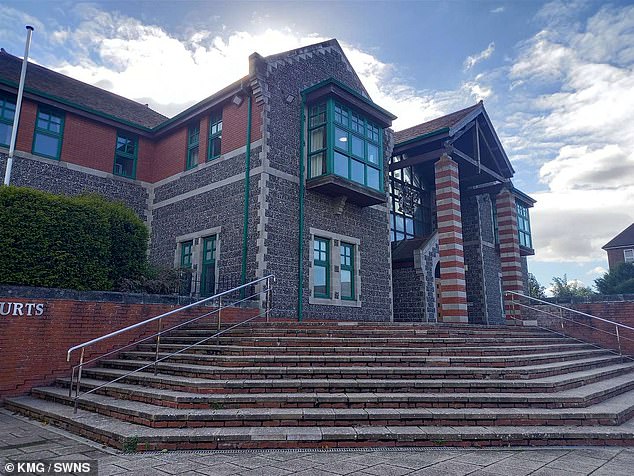 Canterbury Crown Court, pictured, heard the tenants were routinely threatened and evicted without notice, had their locks changed and had their belongings removed or thrown out onto the street 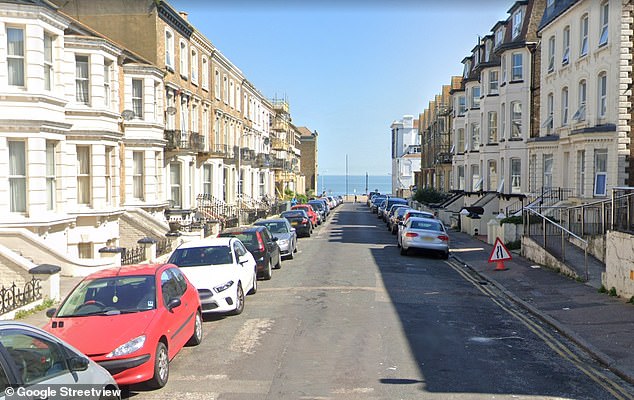 The mother and son converted a hotel into a flat complex in Margate, Kent

The tenants were routinely threatened and evicted without notice, had their locks changed and had their belongings removed or thrown out onto the street.

Others had locks removed and families were forced to live in cold, dark conditions after having their power cut off.

One victim, Carl Hopkins, had a balaclava-clad gang burst through his door, douse him in petrol and knock three teeth out.

The next day he found his locks had been changed and he was forced to live in an abandoned caravan.

Anke Angelova huddled with her children around a kitchen stove for warmth because her power and water were cut off for a month and a half.

She also had her flooring ‘completely destroyed’ and was thrown out onto the street with her children.

Grandmother Julie Box Beaumont said men with balaclavas threatened her and ex-army veteran Stephen Dale when they fell behind with rent.

Her electricity was shut off and they fled without their belongings, leaving behind Mr Dale’s SAS war medals.

At Canterbury Crown Court, where the landlords were tried in what is believed to be the largest prosecution of its kind, Ms Beaumont said: ‘I wasn’t scared, I was absolutely petrified, and I’m still having nightmares about it to this day.’

During the trial, Jennifer Duffey said she was falsely accused of bringing a bag of white powder into the building and that two men had demanded undue rent while shouting and screaming before removing the lock from her front door.

She said she had to smear shampoo on the floor so intruders would slip if they entered the property and that one day she returned home to find her belongings and furniture had disappeared. 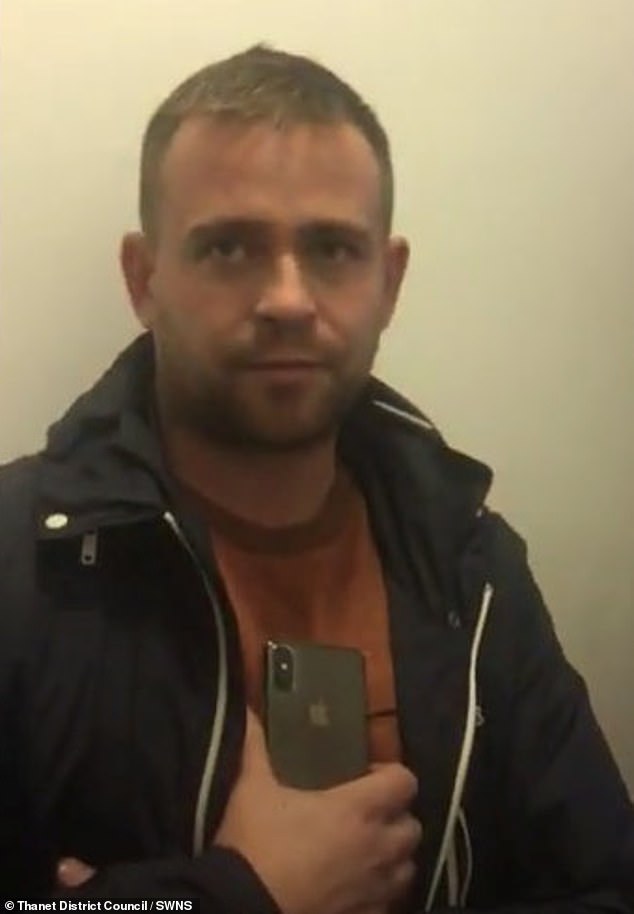 Sohila had also taken a key from another tenant, Hayley Griffiths, and sabotaged her electricity supply.

Prosecutor Michael Polak said she had also conspired to damage the toilet and acted ‘in a menacing manner, demanding [the tenants] leave’.

Giving evidence, Sohila denied any wrongdoing, saying ‘we are not crazy people’ and insisted the atmosphere in her buildings was ‘very nice’.

Judge Rupert Lowe branded the duo, of Lenham, Kent, as ‘cruel and manipulative landlords with no humanity’ and without ‘a scintilla of remorse’.

Sohila was given five years jail after being convicted on 14 counts including conspiracy to interfere with the peace and comfort of the residential occupier, conspiracy to unlawfully evict and conspiracy to burgle.

Her son Pedram received four years and two months after being convicted on seven counts including conspiracy to interfere with the peace and comfort of the residential occupier and conspiracy to unlawfully evict.

Both were acquitted on two other counts relating to illegal evictions.

However, they were spared jail as Judge Lowe said they played lesser roles in the landlords’ criminality.

McChesney, of Margate, was given 20 months suspended for two years and 250 hours unpaid work.

He was convicted on five counts including conspiracy to interfere with the peace or comfort of the residential occupier but was acquitted of conspiracy to burgle.

He was convicted of conspiracy to interfere with the peace and comfort of the residential occupier and conspiracy to unlawfully evict.

Representing Sohila, Kieran Vaughan KC said that despite her being forced into a violent marriage she put her children through school and built a fairly successful business.

He said: ‘The business itself was not founded on criminality, it was founded on legitimate enterprise.

‘She will have to live with this, the shame and embarrassment of it.’

Mr Vaughan said she suffered from a ‘major depressive disorder’ and, more recently, a bout of poor health.

The court heard Pedram just ‘did what his mother said,’ and lost his £42,000 teaching job after details of the trial were published in the papers.

Mitigating for Pedram, David Spens KC said he will not be able to teach again, adding: ‘Quite how he is going to make a living in the future is unknown.

‘The court may take the view he has already been punished.’

Chetna Patel, defending El Darrat, said her client was acting on the instructions of Sohila and that he didn’t fully understand what he was getting involved in.

She also said that Sohila, who was El Darrat’s landlady at the time of his offending, had ‘a level of influence and control over him’. 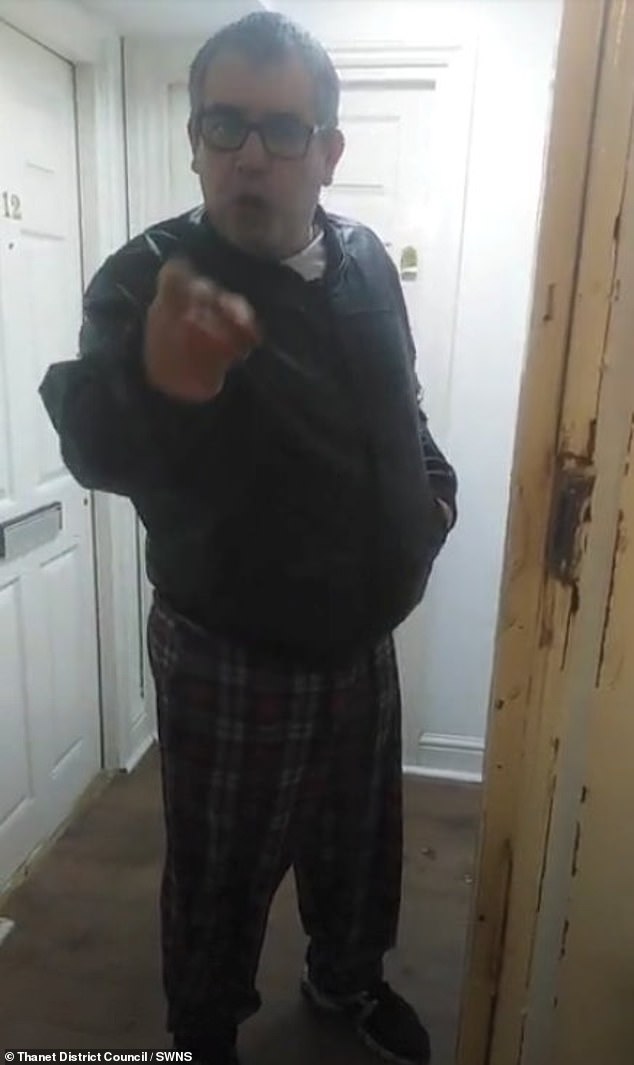 After details of his involvement emerged in the trial, the father-of-three lost his job as a mechanic and now relies on Universal Credit.

David Rhodes, representing McChesney, said he describes himself as a ‘donkey led by a carrot’ and that he was disgusted by his own actions.

He said the father-of-four was under the control of others and found himself in a subservient position.

The Tamiz family ran an overseas trust called Olympia which was set up in 2003 to avoid paying UK tax, with Sohila, Pedram and other family members as beneficiaries.

Mr Vaughan told the judge he was ‘unable to give chapter and verse’ on the total value of the trust’s assets.

But he confirmed the Channel Islands-based property holders were set up for tax reasons stating businesses based offshore are a legal and common practice.

Judge Lowe handed down a criminal behaviour order designed to prevent Sohila and Pedram from acting as landlords.

He also ordered compensation worth £30,500 to be paid to the victims and £200,000 in costs to go to Thanet District Council, which brought the case.

McChesney will pay a far smaller proportion while El Darrat is exempt due to having insufficient means.