A motivational speaker and author will stand trial after pleading not guilty to a criminal charge over the death of her baby daughter, who drowned in a bathtub.

Fiori Giovanni pleaded not guilty to a single charge of child homicide – an offence similar to manslaughter but one that applies when children are younger than six years old – during a short hearing before Melbourne Magistrates Court on Monday. 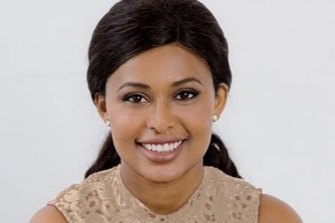 Ms Giovanni, 36, who appeared before the court via a video link from her lawyer’s office, waived her right to a contested pre-trial hearing.

She was charged in the months after her seven-month-old daughter, Illen Bellinger, died at a Southbank apartment on July 18 last year. Ambulance paramedics attended the apartment that day but the baby could not be revived.

Magistrate Fiona Hayes on Monday extended Ms Giovanni’s bail for her to appear before the Supreme Court on May 26, when a date for her trial will be set.

Prosecutor Kathryn Hamill estimated the trial would run for about 10 days.

Ms Giovanni describes herself as an entrepreneur, motivational speaker, media commentator, human rights activist and author who has spoken to audiences and appeared on television shows such as Studio 10.

She wrote an autobiography, Defy Your Destiny, which details her childhood in war-torn Eritrea and her experiences in an arranged marriage, as a child soldier and a refugee, and how she became a speaker, author and businesswoman in Australia.