A DESPERATE mum has begged for help over fears that her two-year-old son will turn into a "real life stone statue" thanks to an ultra-rare disease.

Timofey Pavlenko has Fibrodysplasia ossificans progressiva (FOP), known as Stone Man syndrome, which will slowly twist his body in a knot. 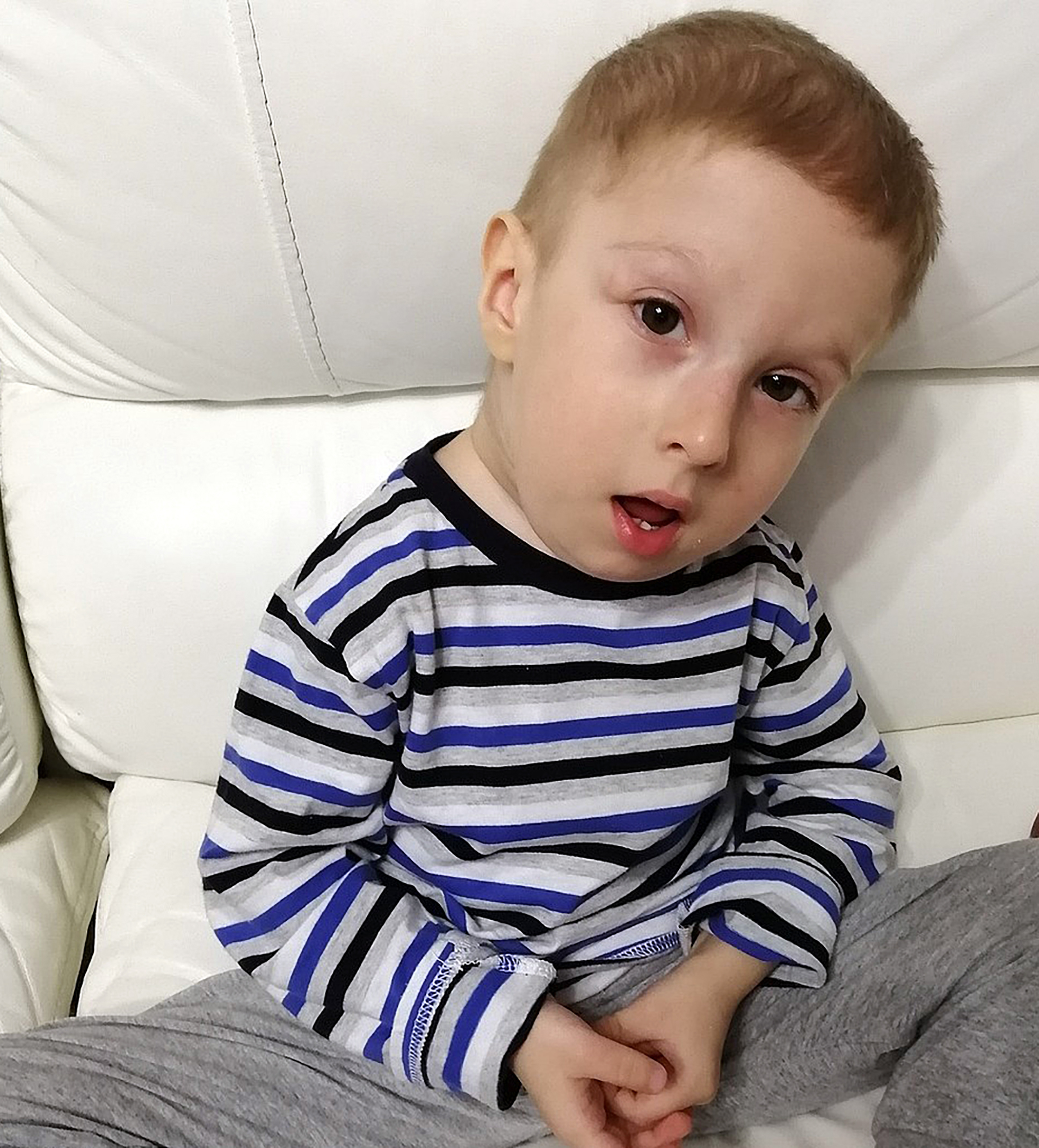 Mum Svetlana, 41, from Krasnoyarsk, Siberia, is pleading for donations so she can visit experts who could ease Timofey's agony.

The condition leads to sufferers being bedridden by the age of 20, while life expectancy is around 40.

There are only around one thousand registered patients with this condition in the world and there is no known cure.

Timofey can't raise or bend his arms or turn his neck, while his back has become curved.

“He was born healthy. The only tiny concern was that his big toes were a bit curved, but doctors said it wasn’t a problem.

“At the time we didn’t know that this was the first sign of Stone Man syndrome.

“In a month a lump appeared on his head. As he grew up, this lump moved down to his neck, shoulders and arms, limiting his movements.”

Timofey is our much-loved little boy

Local medics were bemused about his condition and sent him 2,600 miles away to Moscow.

Only one in two million people are prone to the disease.

Svetlana said: “No doctors could explain what was going on, until we travelled to Moscow where we heard the blood-chilling diagnosis of fibrodysplasia.

“He cannot raise or bend his arms.

“He can’t turn his neck, his back became curved and doesn’t straighten.”

What is fibrodysplasia ossificans progressiva?

Fibrodysplasia ossificans progressiva (FOP) is a disorder that causes muscle tissue and connective tissue such as tendons to be replaced by bone that forms outside the skeleton.

The process generally becomes noticeable in childhood, usually starting in the neck and shoulders and proceeding down the body.

Any trauma to muscles, like a fall or medical procedure, may trigger episodes of muscle swelling and inflammation, followed by ossification – the formation of bone.

People with the condition are often born with malformed big toes, short thumbs or other skeletal abnormalities.

There are no known effective treatments for FOP.

Some drugs have been used to reduce pain and swelling.

Occupational therapy treatments like special shoes and braces can help manage the symptoms.

Biopsies and invasive tests are not recommended due to the trauma they cause muscles.

Back home again, the condition is progressing and there is little that can be done.

However, the determined mother is now raising funds to travel back to Moscow where a medical conference will be attended by the world’s leading doctors in this field.

Surgery is not an option because it often stimulates the formation of new bones, and there are no other treatments are not available.

Svetlana hopes to meet other families affected by the condition.

Svetlana said: “We have this unique chance to fly to the major fibrodysplasia conference held in Moscow at the of July.”

She is especially keen to meet US professor of Orthopaedic Molecular Medicine Frederick Kaplan, who led research that helped discover the fibrodysplasia gene.

A top German doctor is also flying to attend the Moscow conference who Svetlana hopes to consult about her son’s disease. 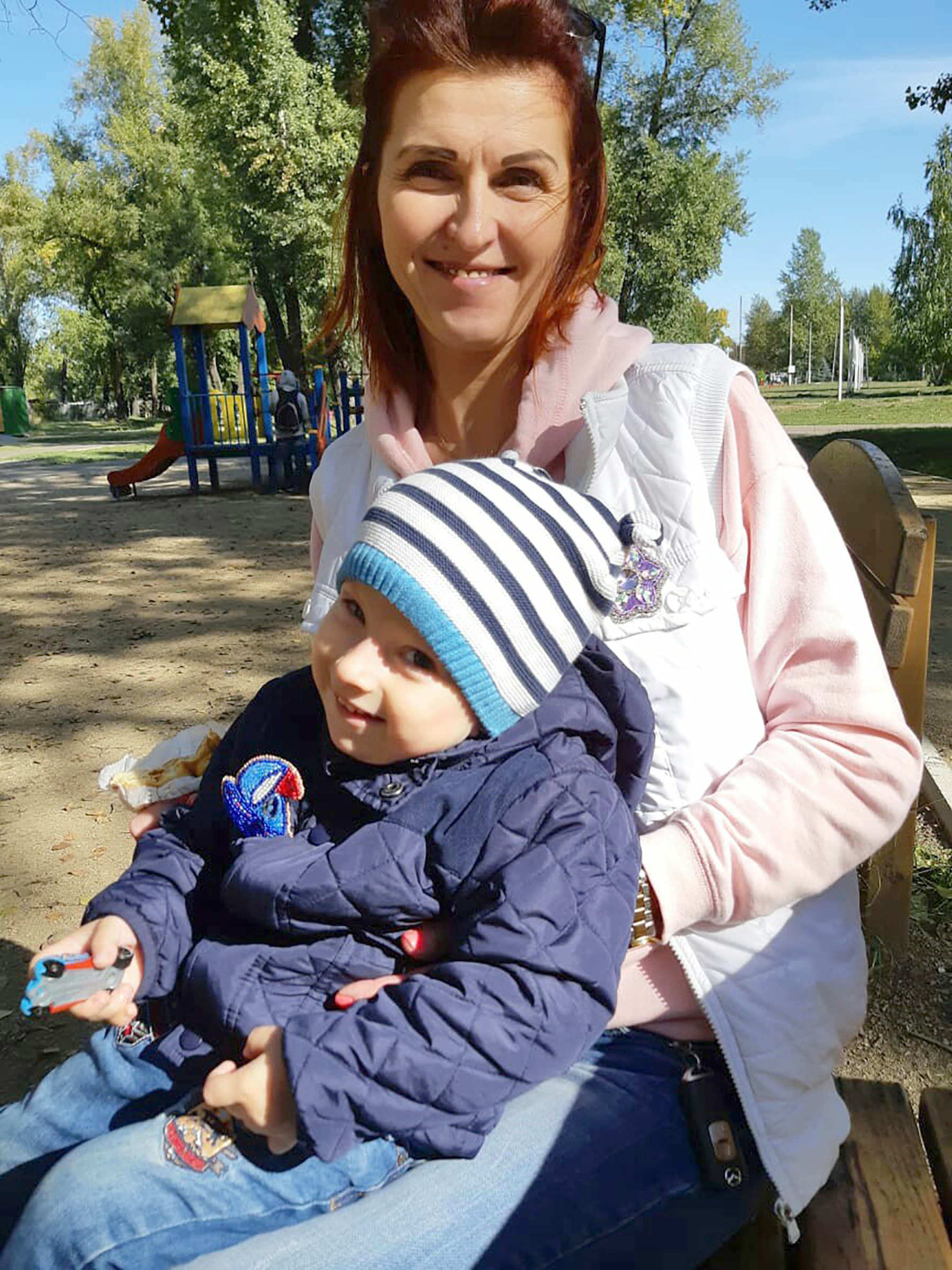 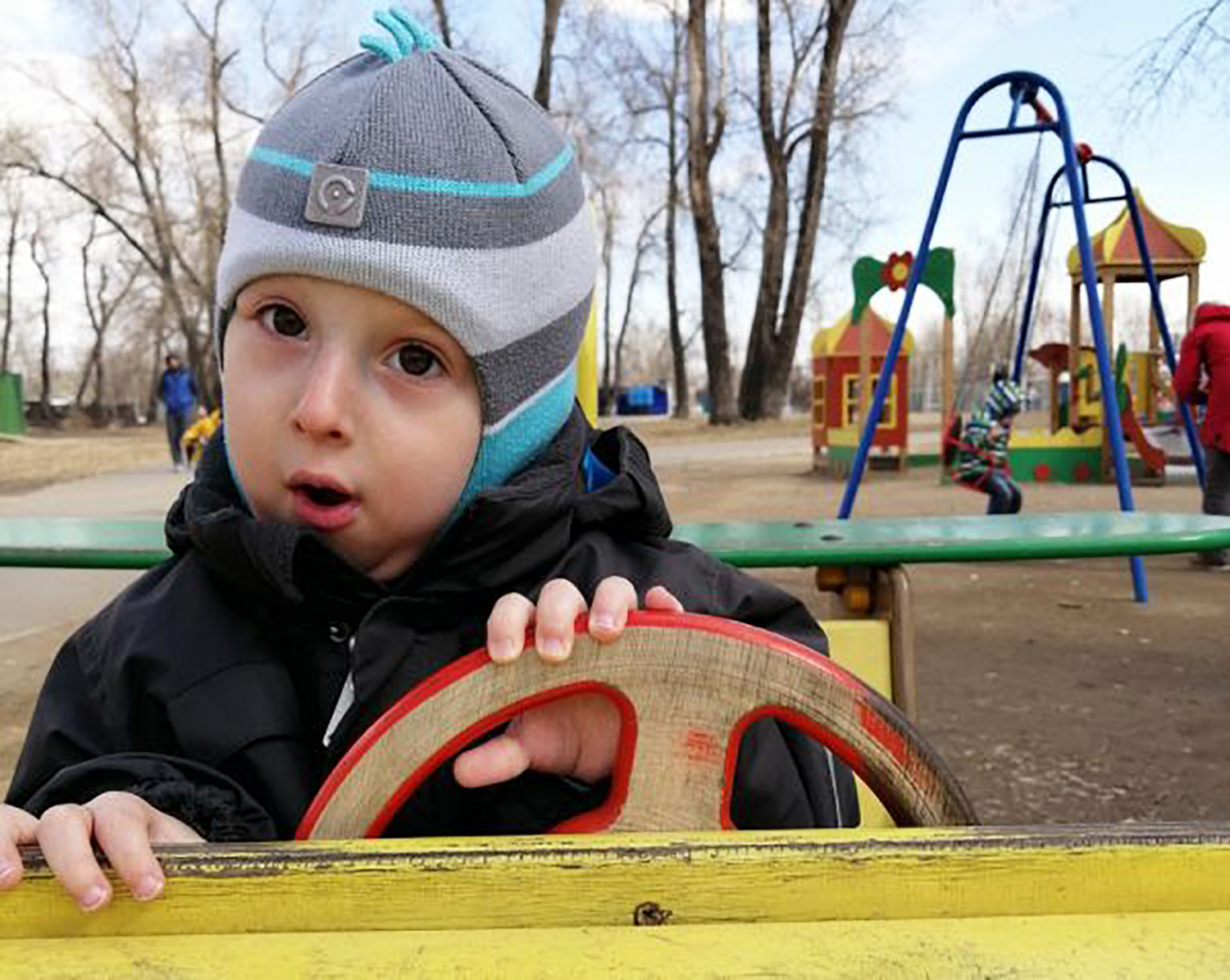 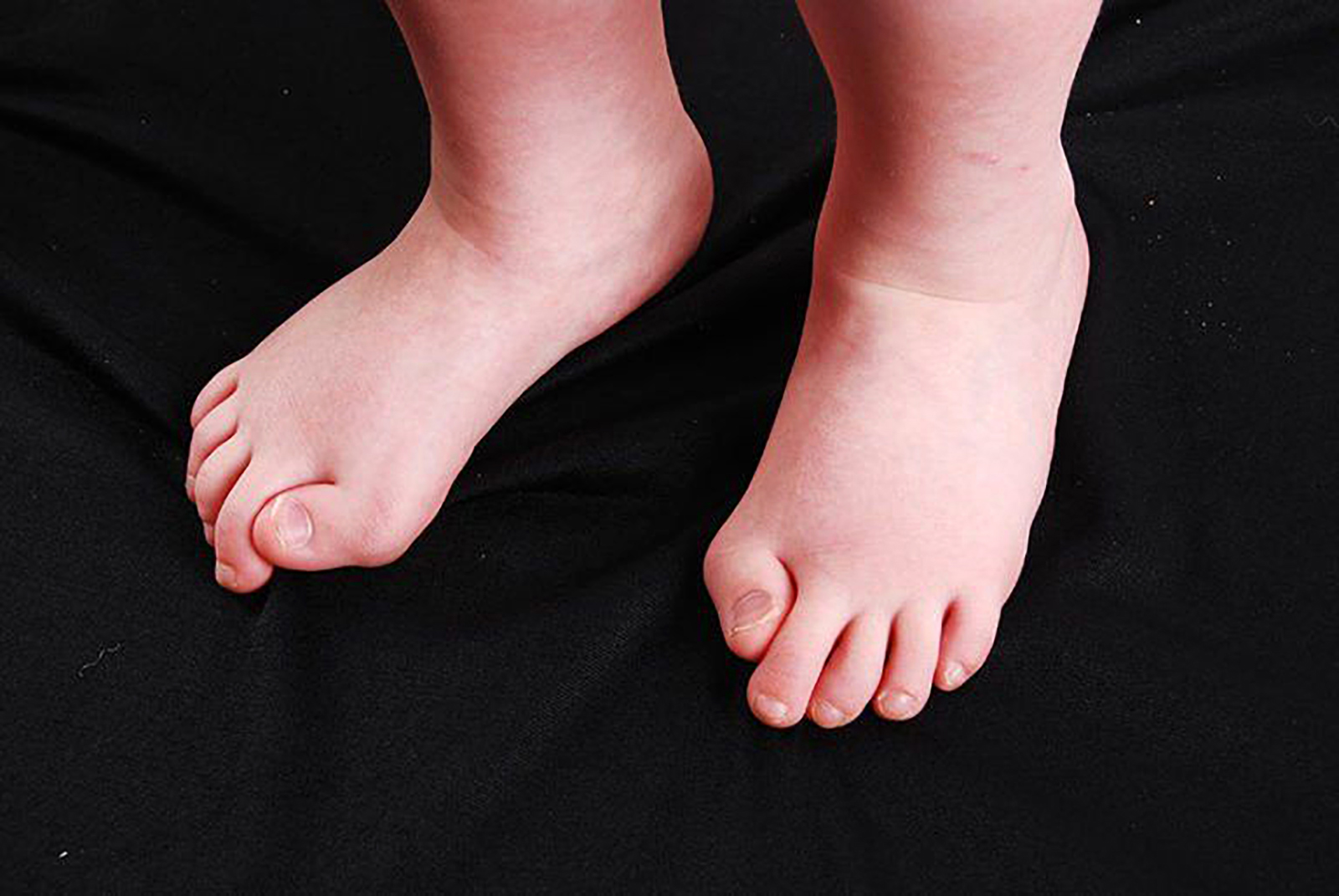 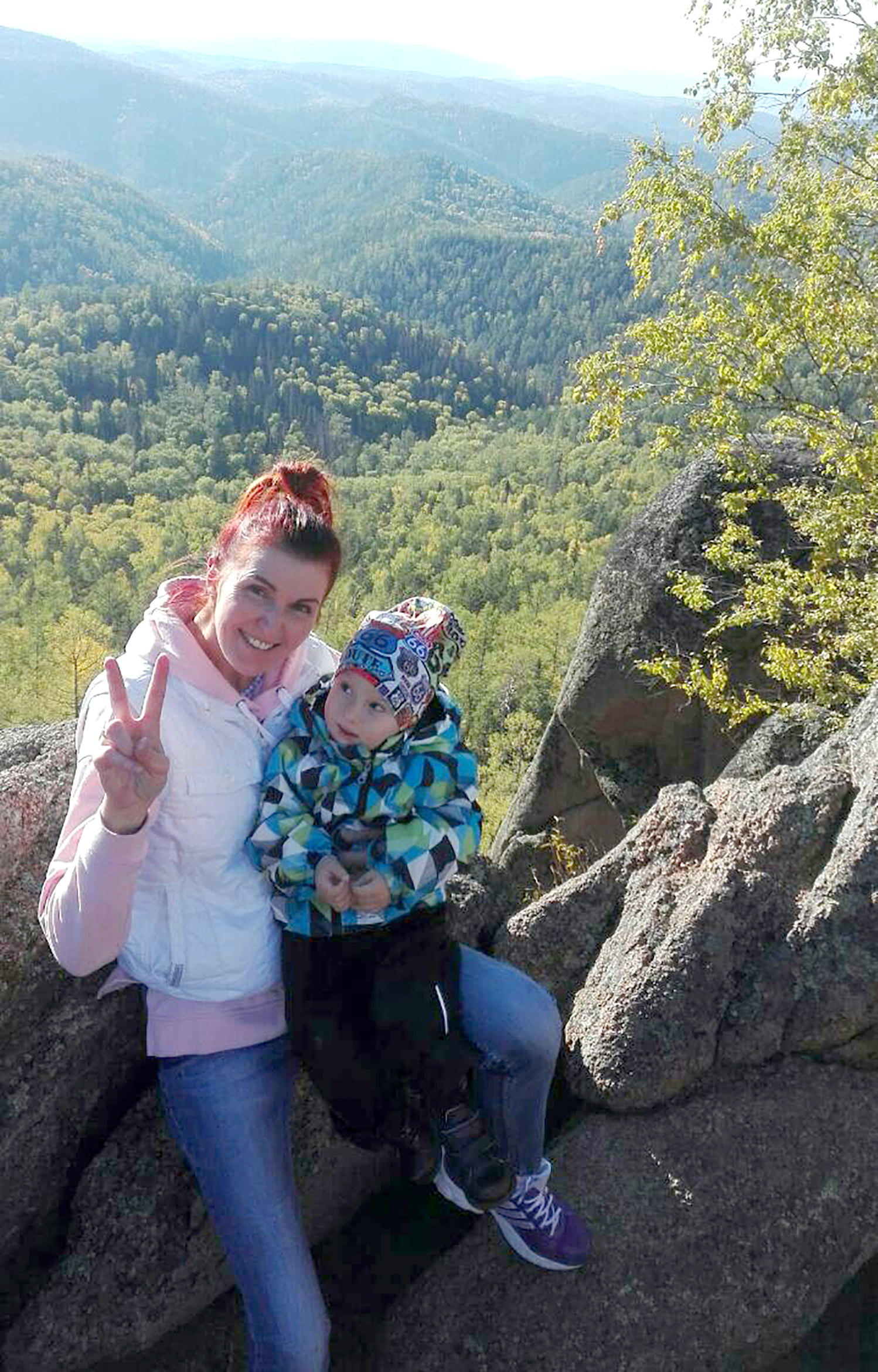 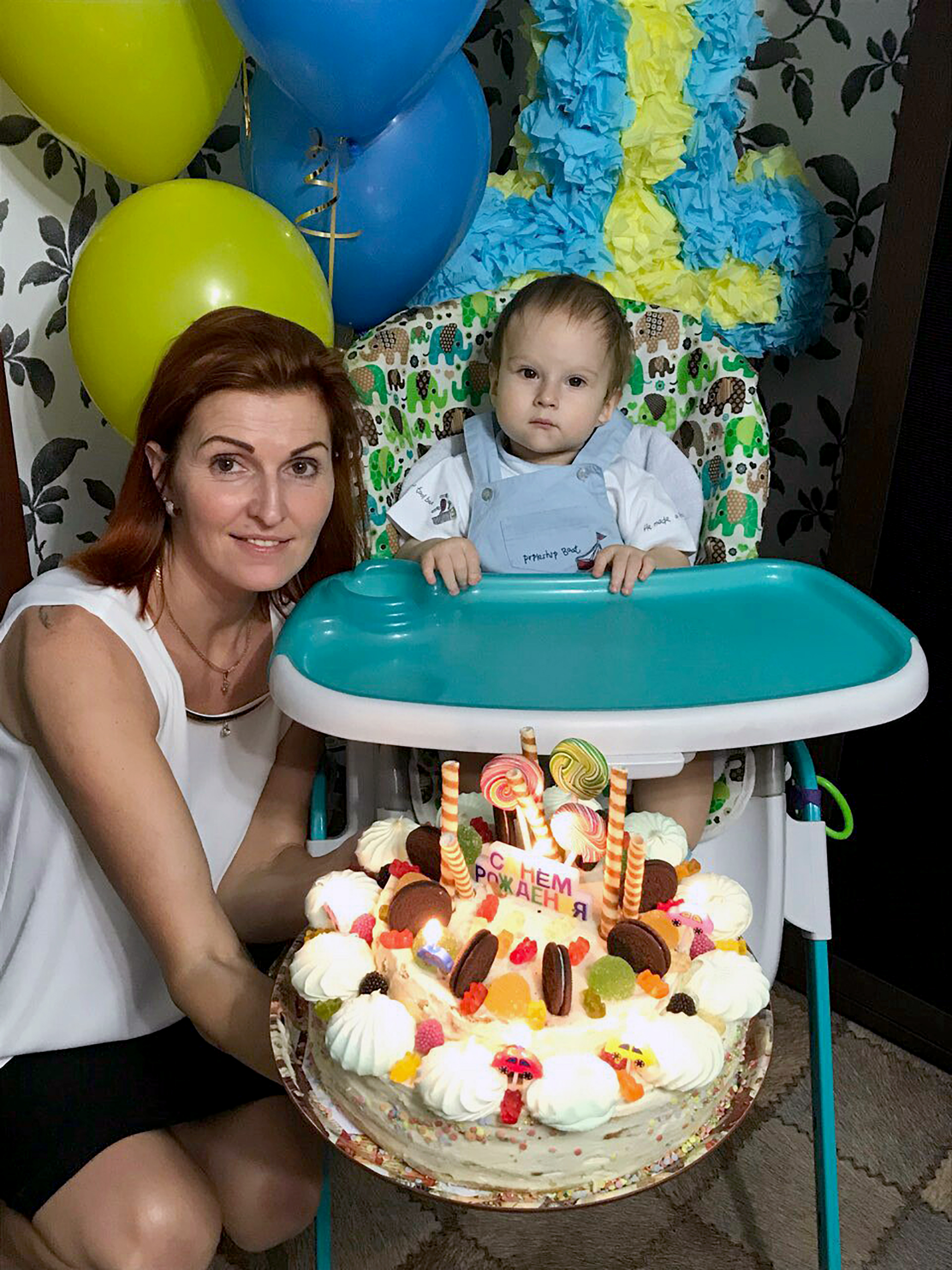