A HEARTBROKEN dad has revealed his torment after his baby boy was killed by his mum or her partner – but neither can be prosecuted.

Little Sam Harry was being looked after by mum Deanna Buffham and Ryan Bate when he suffered severe brain damage. 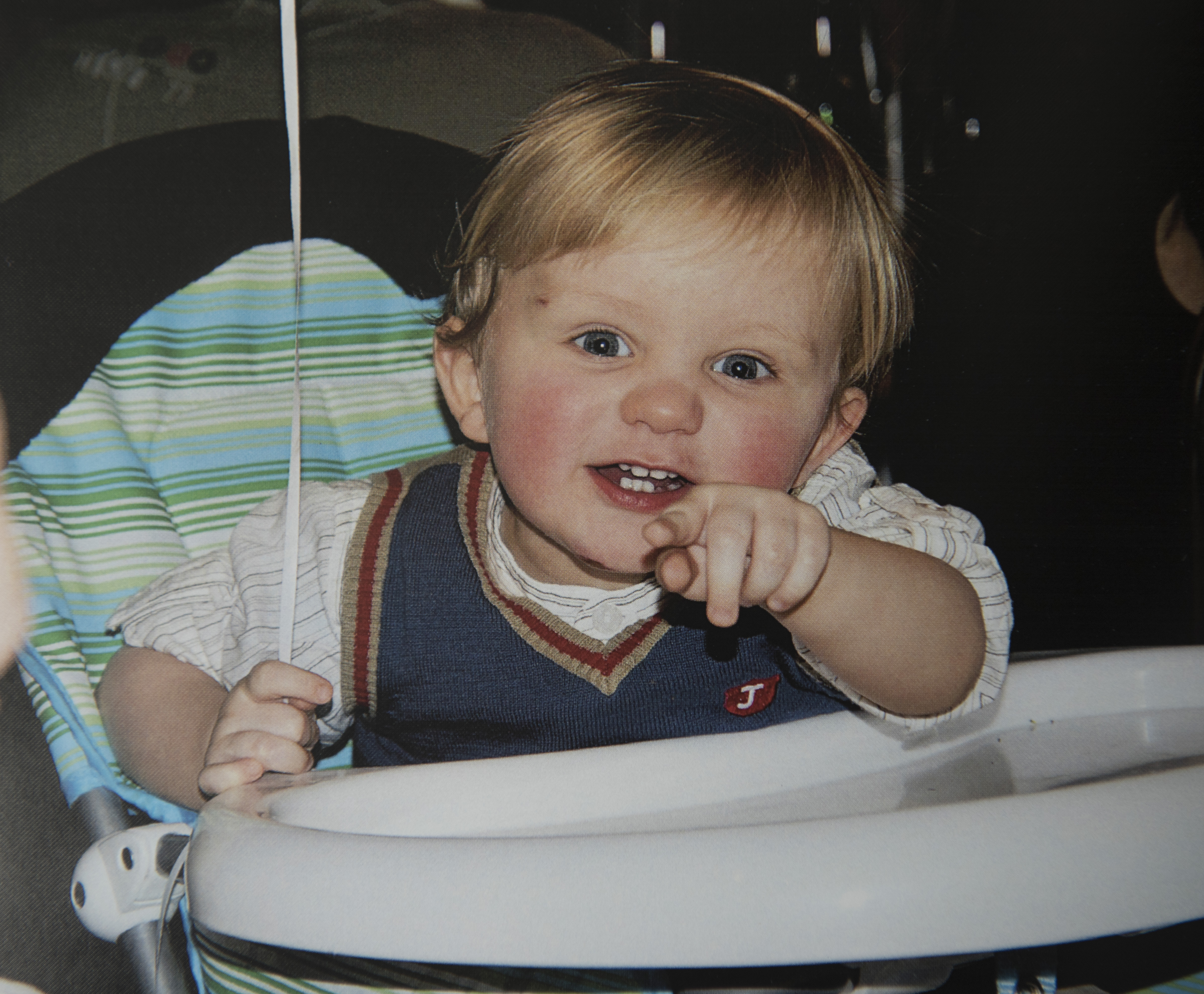 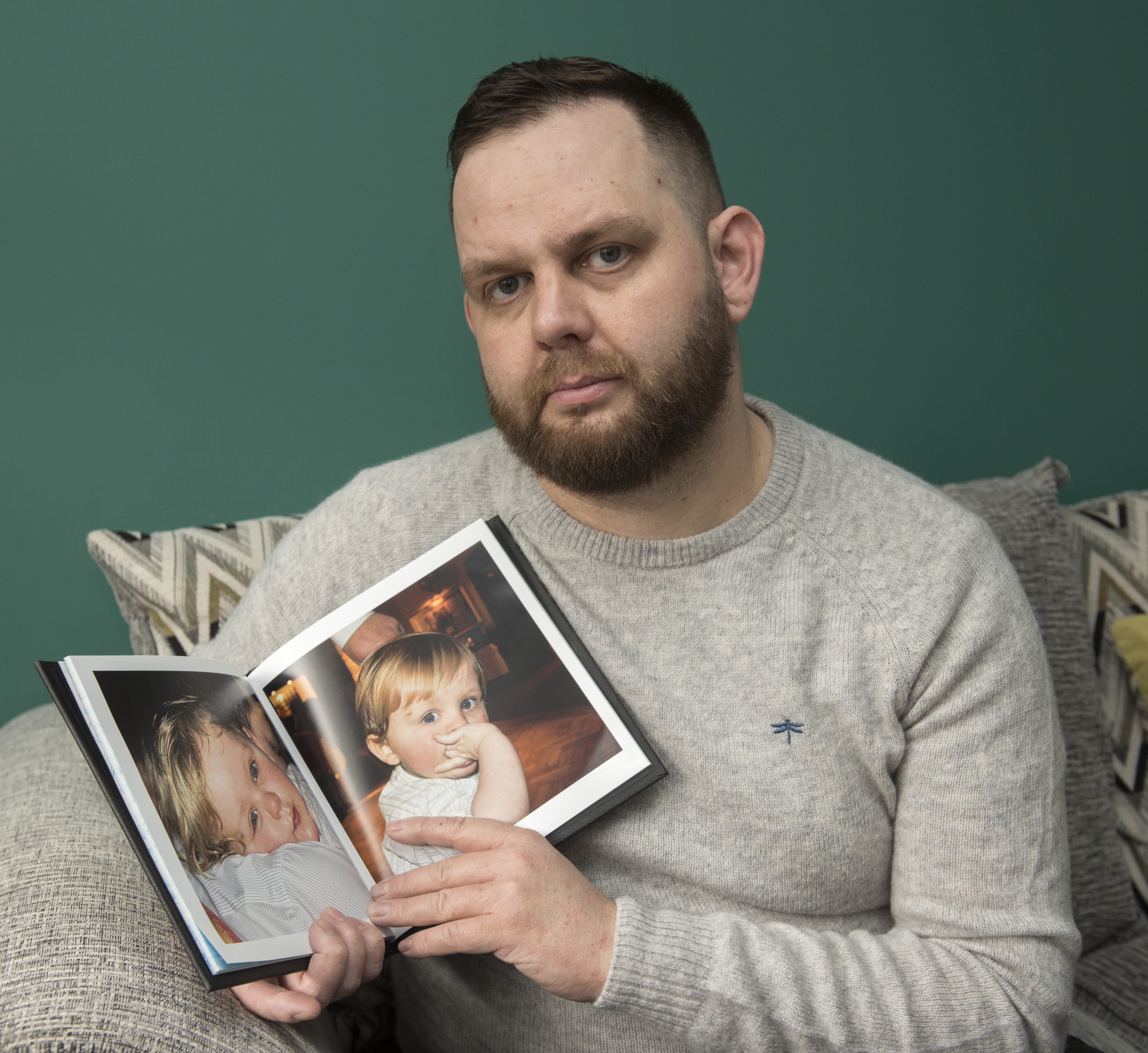 The 20-month-old's head had been smashed against a surface with the force of a 60mph crash – leading to police arresting the couple on suspicion of murder.

Despite a coroner ruling Samuel was unlawfully killed and police accepting at least one is responsible for the baby's death, both Buffham and Bate walked free after they blamed each other for his death.

Under the law, they can't be prosecuted on a joint enterprise basis as officers are unable to prove who inflicted the killer blow.

Sam's dad Nicholas Harry, from Houghton Regis, Beds, has now revealed he will never stop fighting for justice following the horror in April 2013. 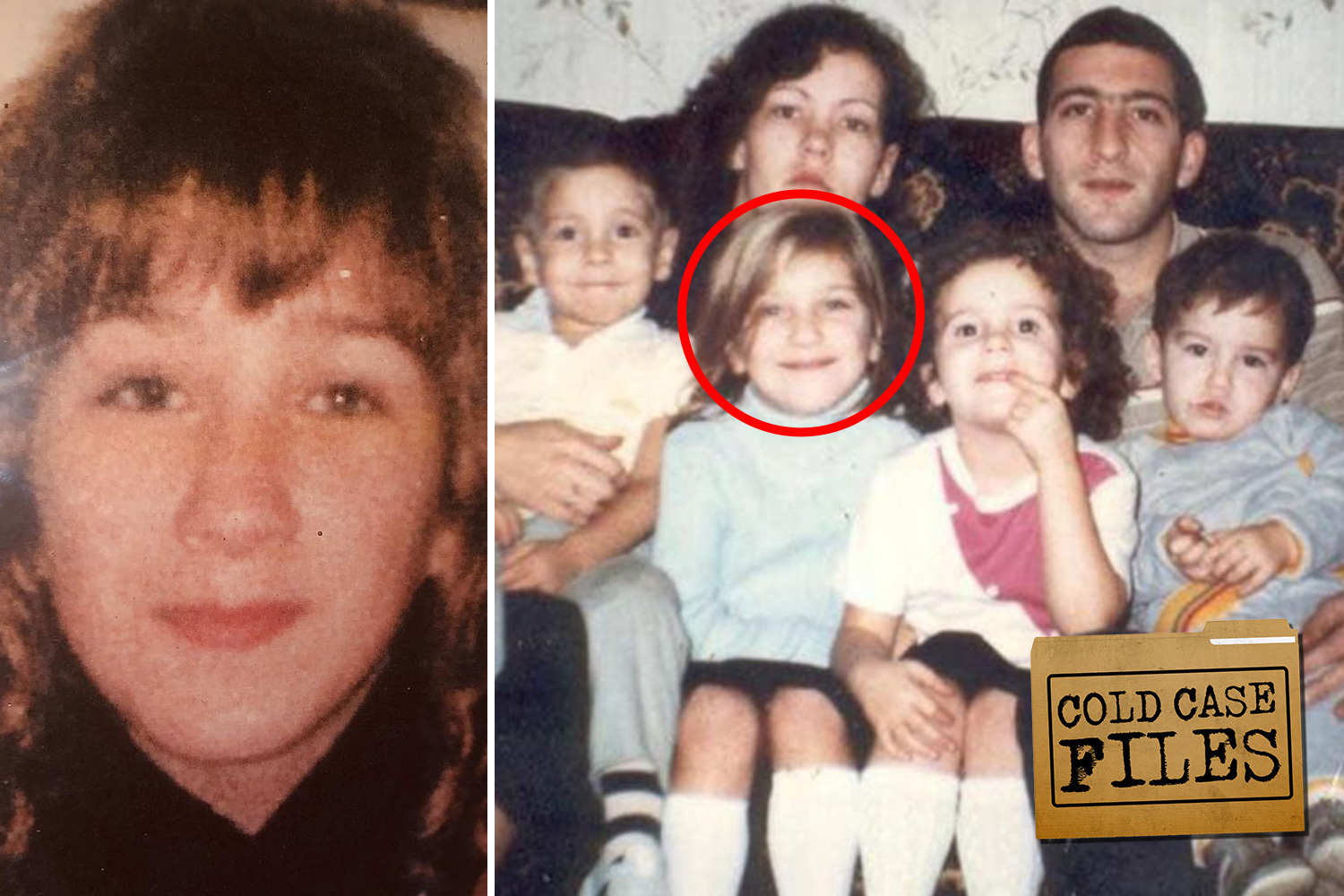 Sister’s murder at 14 led to chain of events that saw mum, dad & brother all die 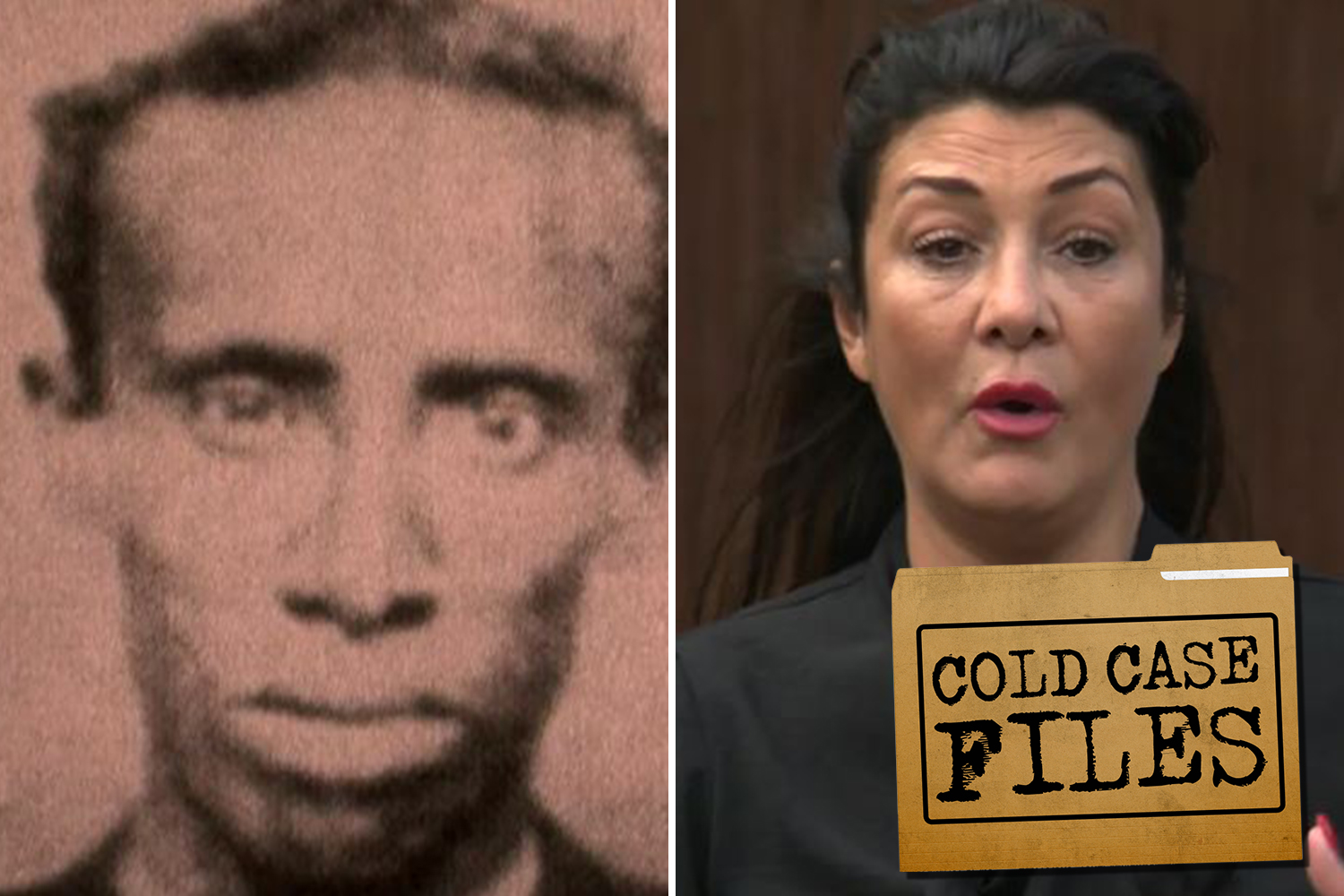 He told The Sun Online: "I could have given up but I have to do everything I can for Sam – I always will.

"This has ruined my life. I had to take a step back and reinvent myself as my life spiralled.

"I can't accept that my son was murdered by his mum or her partner and move on as I need justice.

"I need a full stop at the end of the sentence."

Big Brother set for bombshell return – but with a major change

I got a £2.60 charity shop wedding dress – everyone's saying the same thing 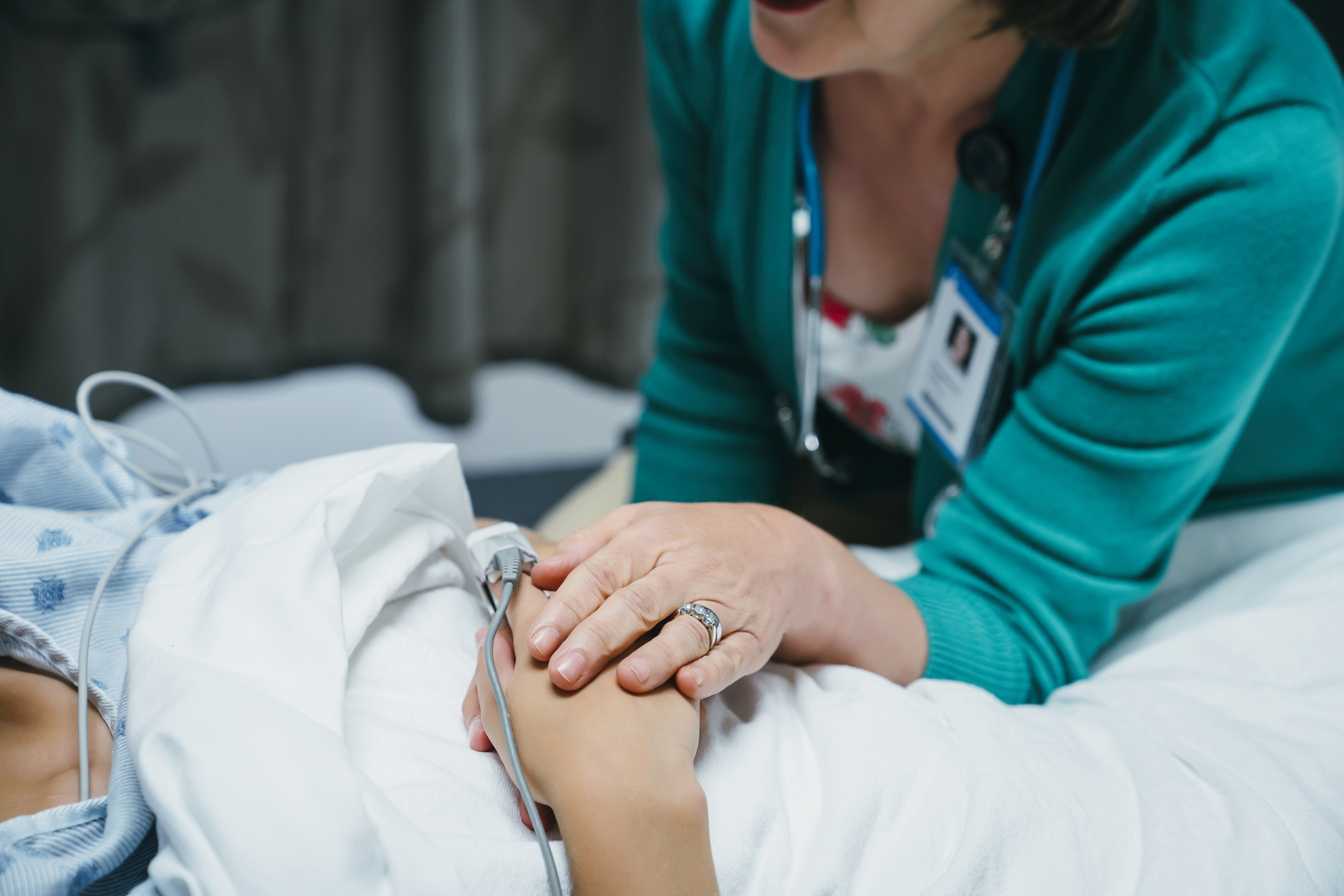 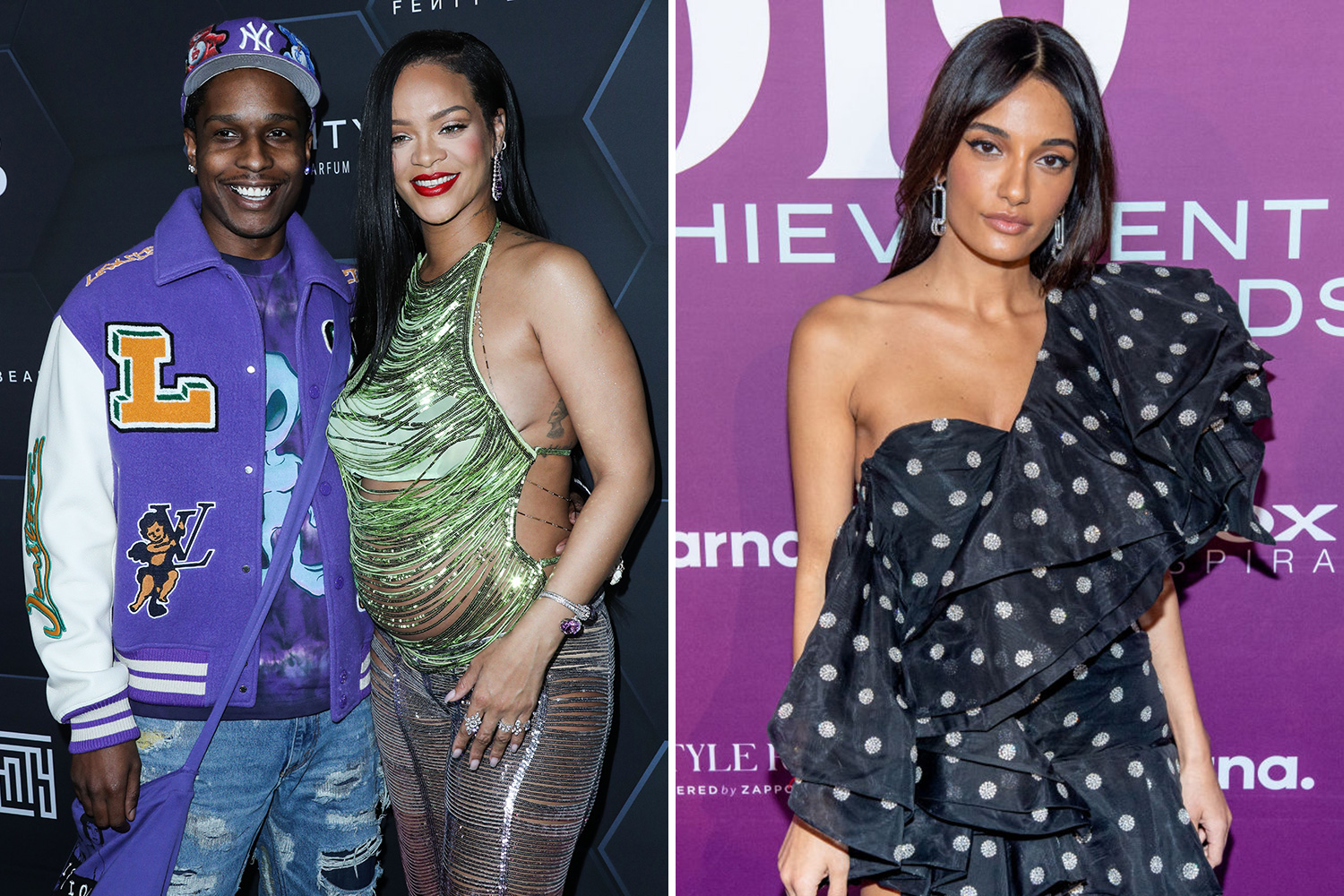 Nicholas' horror ordeal began shortly after Sam was born when he split with Buffham for a second time.

The end of the relationship was "extremely tough" for Nicholas after he was told he had no chance of winning full custody of Sam.

Buffham soon hooked up with Bate but determined Nicholas focused on putting "everything" into the court case – including selling his home to fund his £14,000 legal fees.

But the dad hit a brick wall when he was accused of trying to control the court after submitting a 19 page document backed up with evidence on concerning events that took place over the course of their relationship.

He detailed how Buffham had abused alcohol – with a serious case review later finding midwives complained she sometimes smelt of booze.

Despite the claims, full residence was given to Buffham – starting the tragic chain of events that led to Sam eventually losing his life. 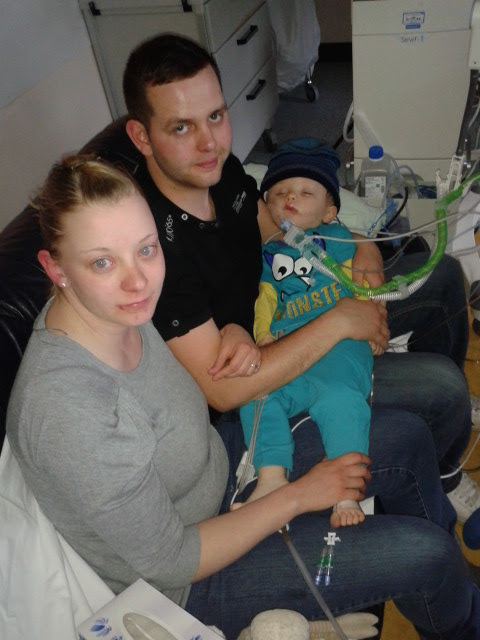 Nicholas was awarded limited access but the order was repeatedly broken by Buffham, who faced no reprimand for blocking access to their son.

The dad said: "I was allowed to see Sam every two weeks from Friday morning to Sunday morning and on the Wednesday of the third week.

"I was working as a chef but my whole life revolved around Sam. I couldn't progress my career because I gave up my weekends but it didn't matter because it was all about him.

"Whenever Dee didn't show up there was no warning.It was heartbreaking.

"The last time I saw Sam was the weekend before he was taken to hospital. I was supposed to be seeing him the weekend he was killed but Dee was a no-show.

"If I had been with him, he might still be here."

On April 21, Sam was rushed to hospital after suffering an "emergency" at home.

Nicholas rushed to be by his son's side and was tragically told he had suffered a bleed on the brain.

Wrongly believing he may have a congenital disease, the dad even vouched for Buffham when police arrived.

Little did he know that Sam had been brutally injured in the 11 hours before paramedics were called by either Buffham or her partner.

He said: "When I saw Sam his head was bandaged and half his hair had been shaved off. I just assumed it was a pre-existing illness none of us could have stopped.

"It was beyond comprehension something more sinister might have happened to him.

"I didn't sleep for three days and just stayed at Sam's bedside. We were told there was little chance of recovery but I was delirious and in a state of shock.

"Even when I saw the police I just assumed it was a matter of procedure."

Eventually, Nicholas and Buffham made the heartbreaking decision to switch off Sam's life support.

The brave baby took "one long deep breath" and battled on before he passed away on April 24.

Tragically, Nicholas was unaware his son's sudden death would be the start of an agonising nine-year fight for justice.

He only discovered Sam was killed when police told him they had launched a murder probe and Bate and Buffham had been arrested.

The dad said: "In those first moments I was just crushed. One minute I was arranging my baby's funeral and the next I found out someone may have killed him on purpose.

"It's one of those things where we as humans are not equipped to deal with it. Some things you just can't comprehend.

"One minute I was disappointed I was a single parent and then the next I'm the dad of a murder victim."

Despite a massive investigation led by officers from the Bedfordshire, Cambridgeshire and Hertfordshire Major Crime Unit, Nicholas was later dealt the devastating blow the CPS would not be prosecuting.

A letter sent to the dad informed him: “One or both of them must have been responsible for [your son’s] injuries….it would not be possible to prosecute the suspects on a joint enterprise basis simply because we know that one of them must be guilty of the offence.”

An inquest into Sam's death heard how just after 10pm on April 20, Bate was picked up by cameras driving towards Olney, Bucks.

Then between 10.16pm and 10.25pm, he received three text messages and two missed calls from Buffham, which were later deleted.

The next morning, the mum left the house to see her horses when Bate called her to say Sam was fitting.

Tests revealed the injuries must have happened in the 11 hours before the emergency services were called.

But both Buffham and Bate leaving the house in that time made pinning the killing on either of them even harder.

The former couple also consistently blamed each other leading to a stalemate with prosecutors.

The failure to bring charges was further compounded by the fact Sam had no previous injuries – meaning a charge of causing or allowing the death of a child couldn't be brought.

Coroner Martin Oldham recorded a verdict of unlawful killing and slammed Buffham and Bate in his ruling.

He told the inquest: "I have not the slightest doubt at all that Sam Harry was unlawfully killed while in the care of Ryan Bate and Deanna Buffham.

"They simply do not know the truth from a lie."

Nicholas launched a petition highlighting the gruesome case in a bid to make others aware a potential child killer is walking among them.

He said: "There is a child killer living next door to a child or potentially working in a nursery or as a child minder and people need to know.

"This isn't the first time it's happened and it won't be the last but it's just two people who have proven to have lied time after time.

"They should have something on their record so a DBS check would show it up. Would anyone want them looking after their child?

"At least get them to court and in front of a jury and let them decide."

Nicholas has not seen or spoken to Buffham, who entered into a new relationship with Bate's brother after the killing, since the horror.

He has tirelessly fought to raise the issue of dads being blocked from seeing their children by courts who regularly rule in favour of mothers.

The dad said: "The police still have my son's eyes and a slither of brain because if technology advances enough they might be able to narrow down the time of attack to a small window and figure out which one did it.

"It's just the craziest scenario to be in.

"I went to the courts to fight for my son and he was put in harm's way.

Harry & Meghan seen together in Europe for first time since Megxit

"Sometimes I think the only way to have kept him alive would have been to break the law at the time and just take him away from Dee.

"It's a poison chalice because I did what the court wanted me to do and now the court can't help me get justice for my son." 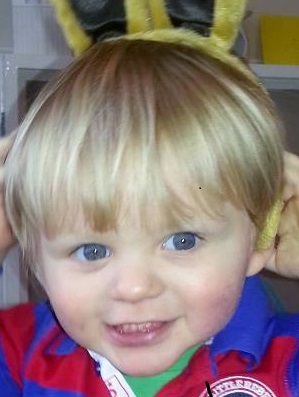 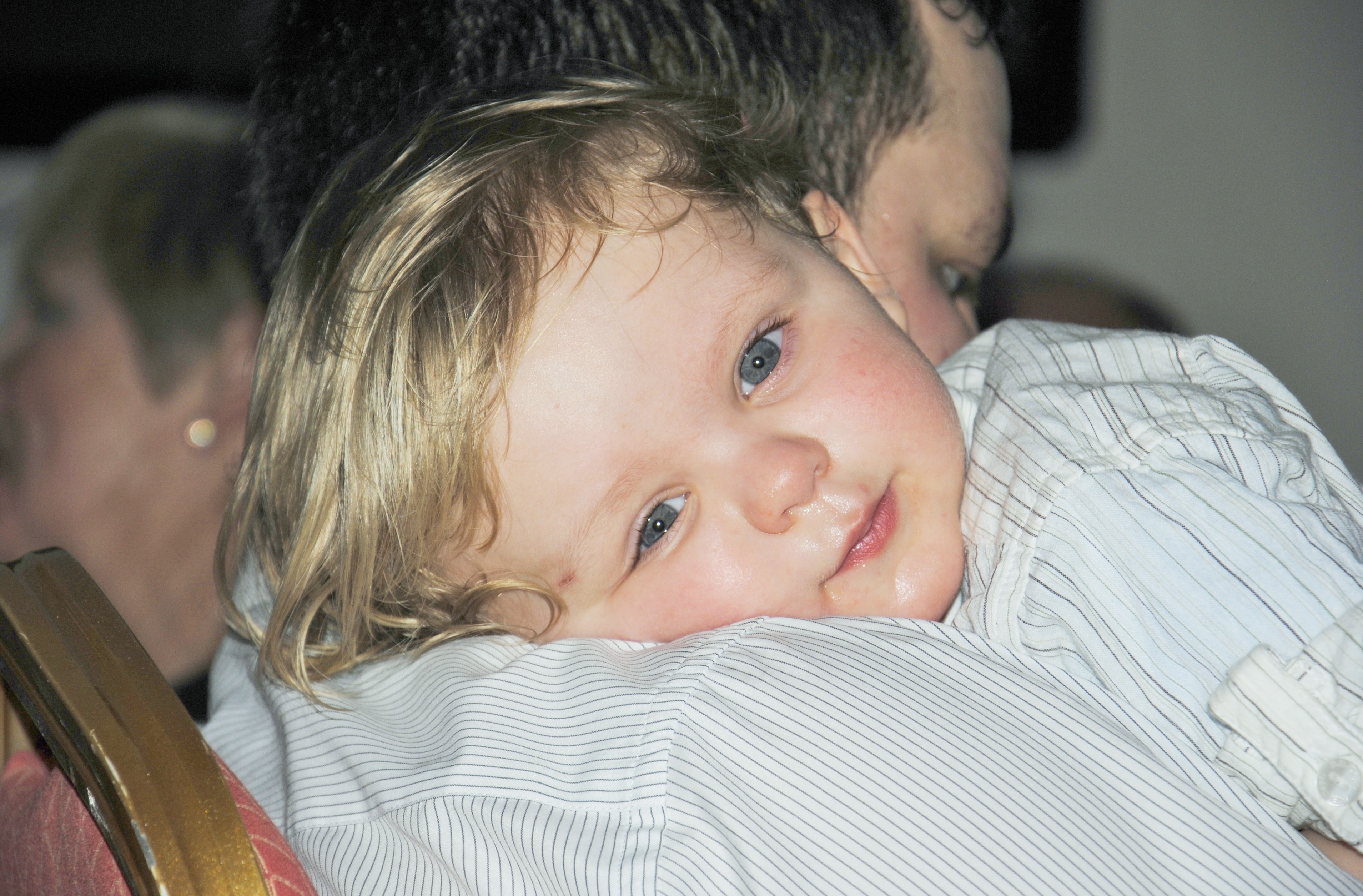 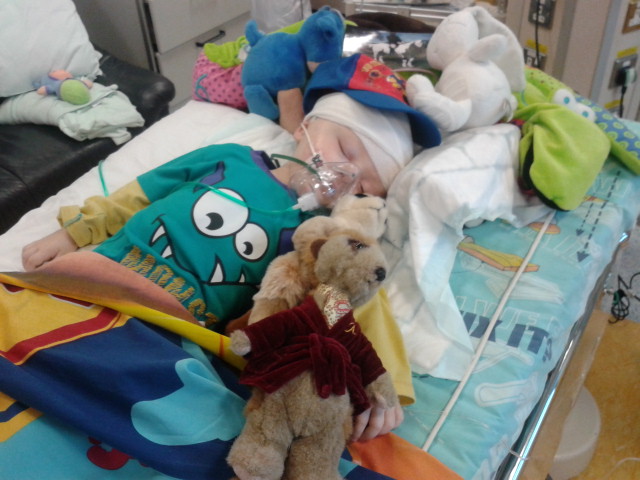 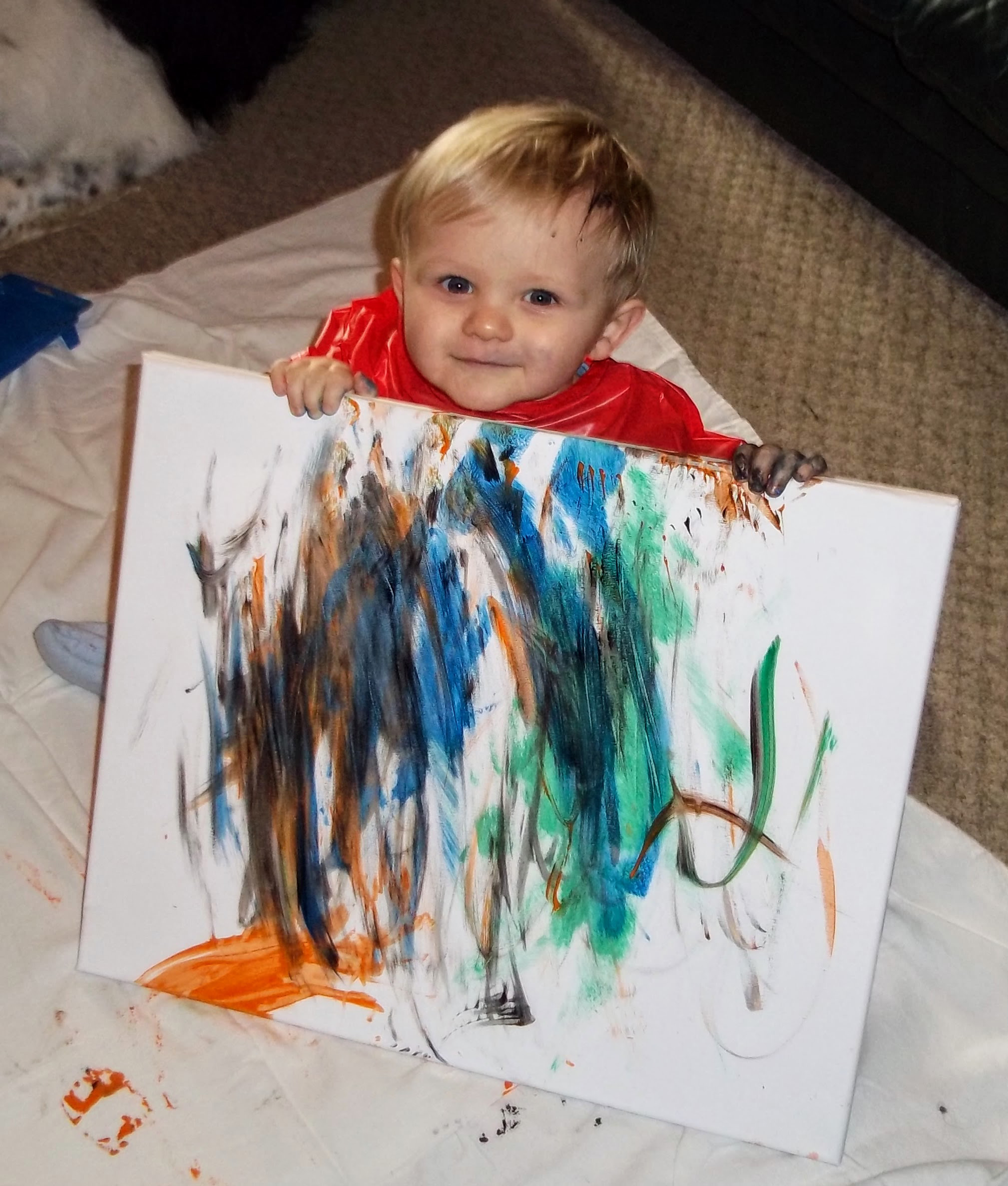 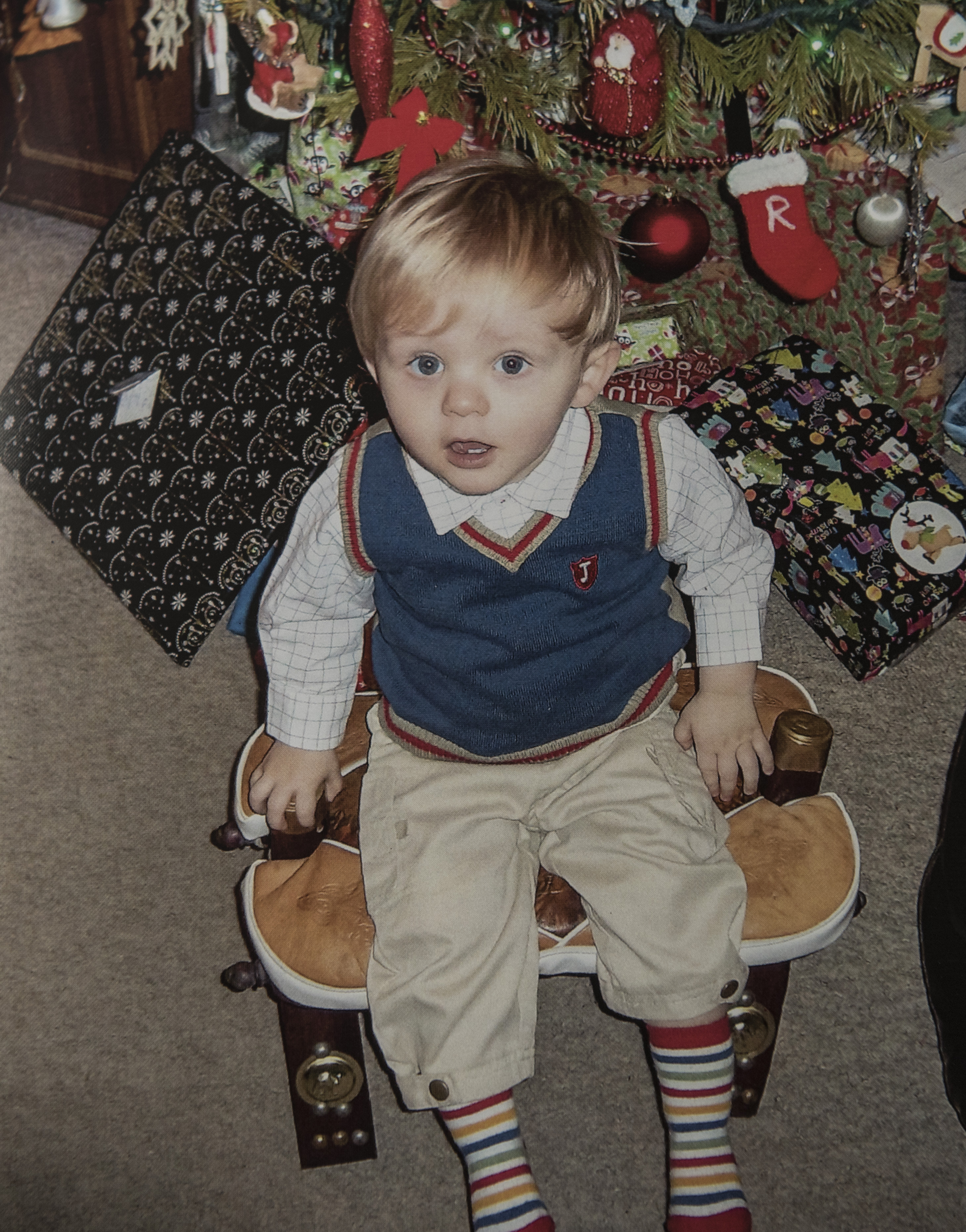 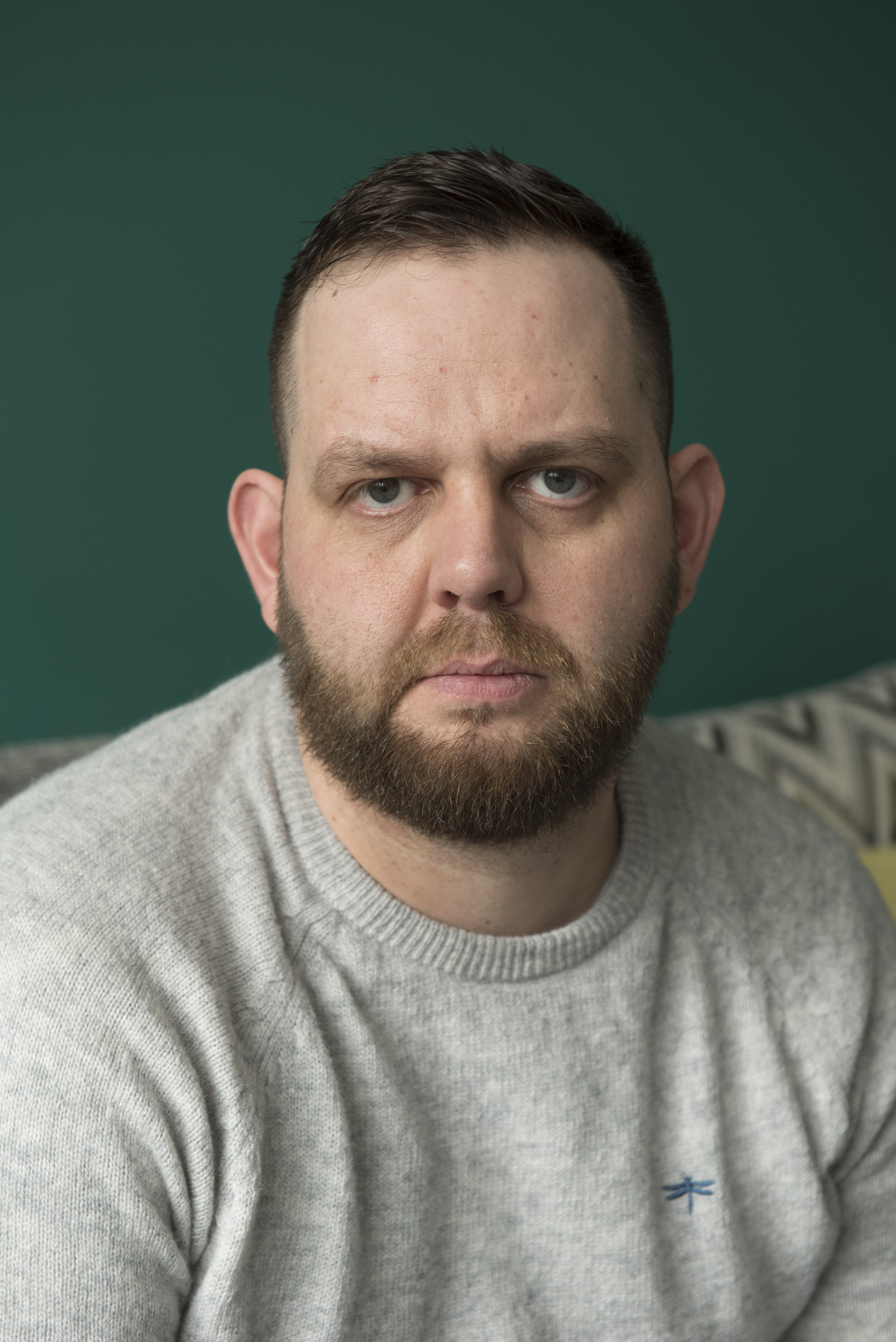 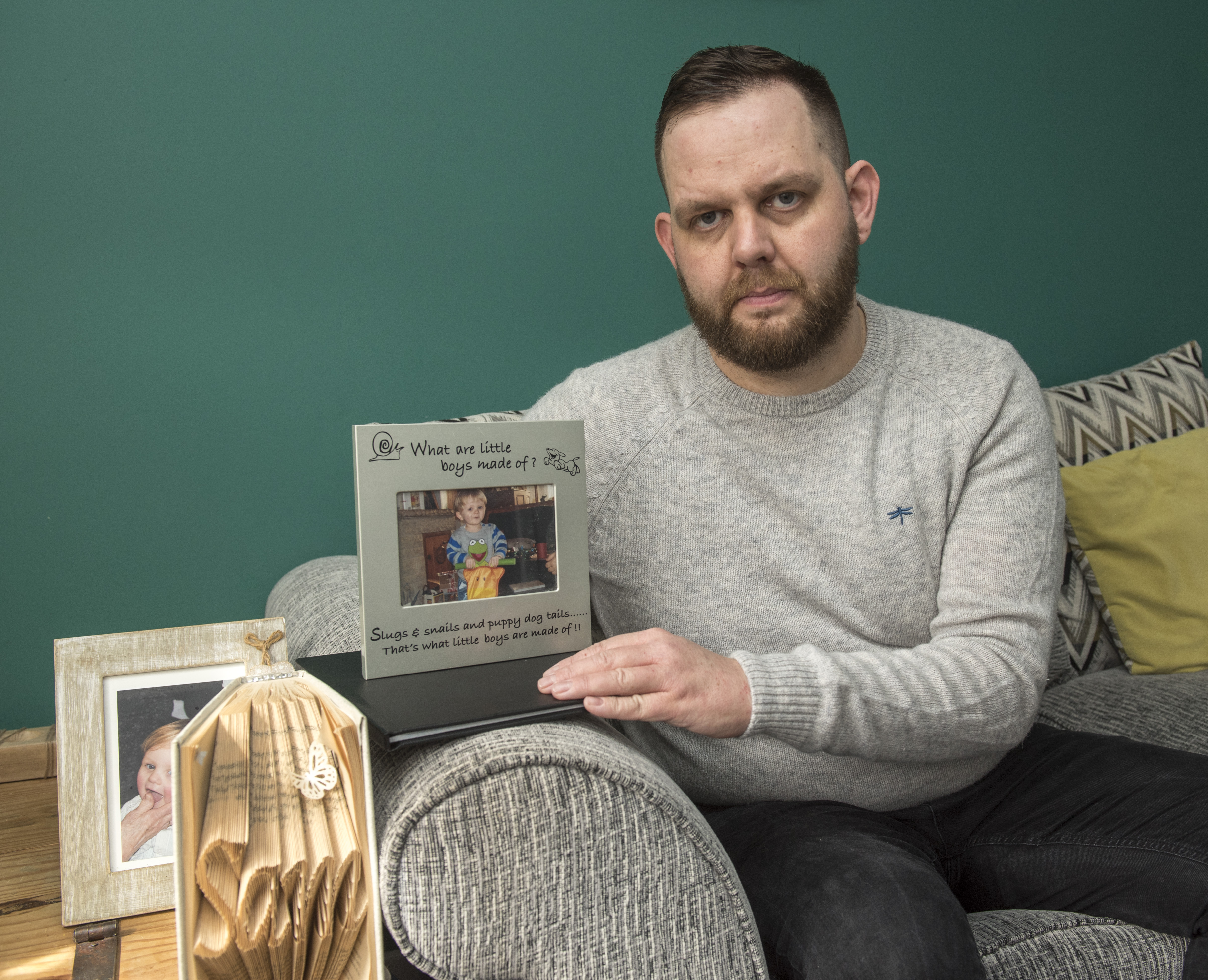