Two former Prime Ministers last night dismissed The Crown as ‘utter rubbish’ for depicting the King lobbying them to help overthrow his mother.

Sir Tony Blair and Sir John Major hit out against the Netflix series over ‘utterly untrue’ storylines which smear the then-Prince of Wales with plotting against the late Queen.

Labelled ‘complete and utter rubbish’, Sir Tony slammed the show for suggesting he and then Prince Charles were in cahoots against the late Queen Elizabeth II.

Meanwhile in a letter to The Daily Telegraph, Sir John said the scenes ‘will be profoundly hurtful to a family who are still grieving for the very person on whose life the entire drama was founded’.

It comes as Netflix confirmed that there will be no disclaimer added when the fifth season comes out next Wednesday, despite mounting outcry to dispel the storylines as false. 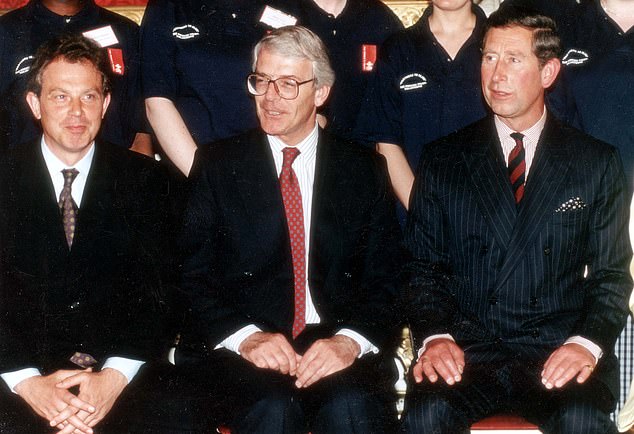 The relationship between the Queen and the former Prince of Wales is portrayed as fraught throughout the series.

Warning that her ‘Victorian’ outlook might leave no institution to inherit, Prince Charles becomes frustrated about his position and the direction in which the monarchy is headed and quizzes his mother as to when he might take over.

Sir Tony is then shown being lobbied by the heir to the throne, shortly after his election in 1997, who suggests they could be brothers, saying: ‘Two men of a similar age, both committed and impatient for change.’

He then attempts to recruit the new Prime Ministers as an ally, suggesting they could work together to protect his future. 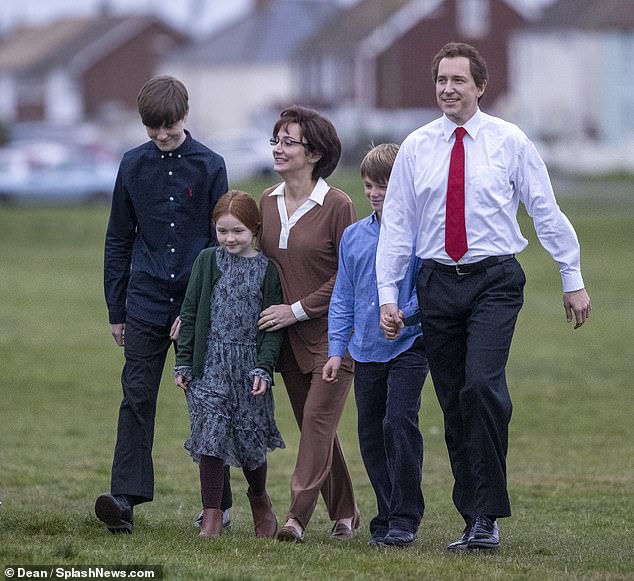 Sir Tony slammed the show for suggesting he and then Prince Charles were in cahoots against the late Queen Elizabeth II. Pictured: Bertie Carvel playing the role of Tony Blair in The Crown

His spokesman told the paper: ‘It should come as no surprise that this is complete and utter rubbish.’

Meanwhile, Sir John is portrayed throughout the series as a trusted confidante of the Queen, ranking ‘very highly’ in her ‘personal table of prime ministers’.

In a strongly worded letter, Sir John, who was Prime Minister from 1990 to 1997, slammed the decision not to include a disclaimer as ‘not good enough’.

‘I gather Netflix continues to refuse to put out a disclaimer at the top of the opening credits, on the basis that “everyone knows this is a drama series”,’ he wrote. 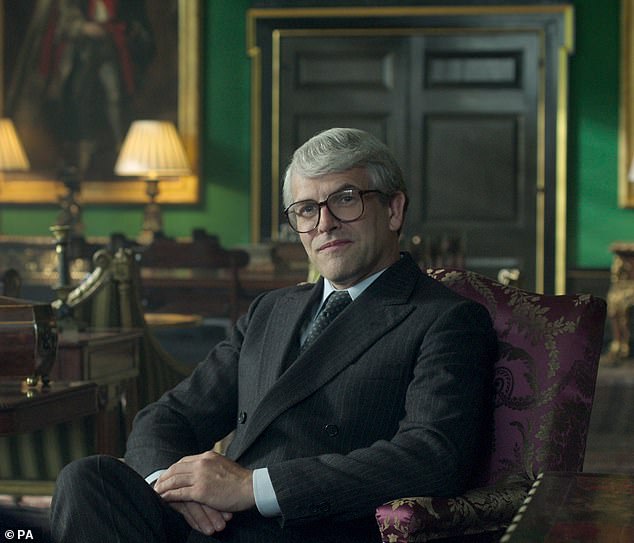 Sir John is portrayed throughout the series as a trusted confidante of the Queen, ranking ‘very highly’ in her ‘personal table of prime ministers’. Pictured: Jonny Lee Miller as John Major

‘But this is simply not good enough. If everyone knows, why not acknowledge that? Without such action, many millions – around the world – could still be influenced by a damaging and fictional script, which claims “authority” by being interspersed with historical fact.

‘Entertainment is a great and glorious industry that brings enormous pleasure to many millions. Netflix should not demean it with portrayals which are both injurious and untrue.’

It is not the first time he has spoken out against the series. Last month he dismissed the show as a ‘barrel-load of nonsense’.