HOPES for a Brexit deal were renewed today after Michael Gove confirmed there would be no hard border for goods travelling between Northern Ireland to Britain after the end of the year.

The Cabinet minister hailed a deal he struck with Eurocrats that means there will be no new physical customs controls on the Irish border – or hiked up tariffs. 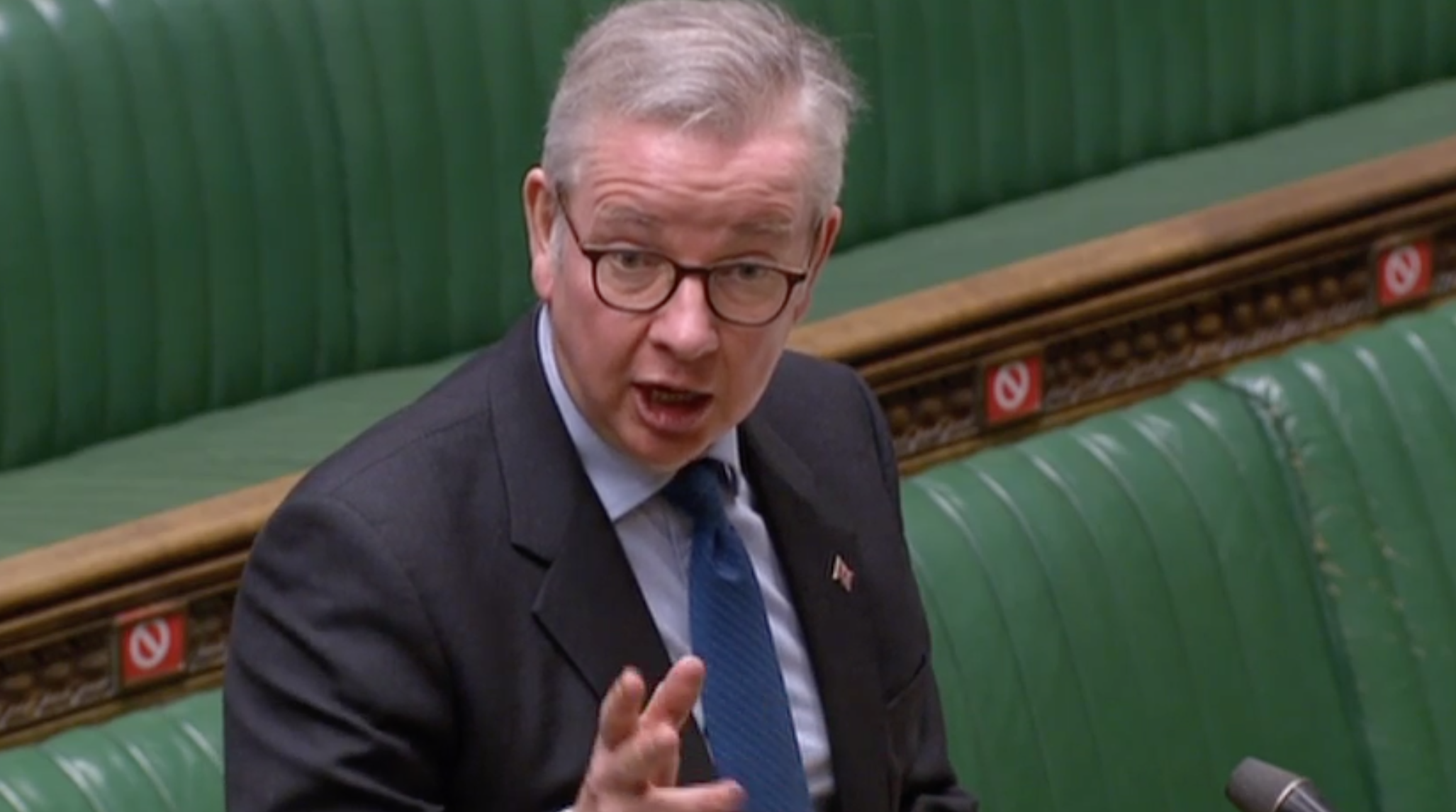 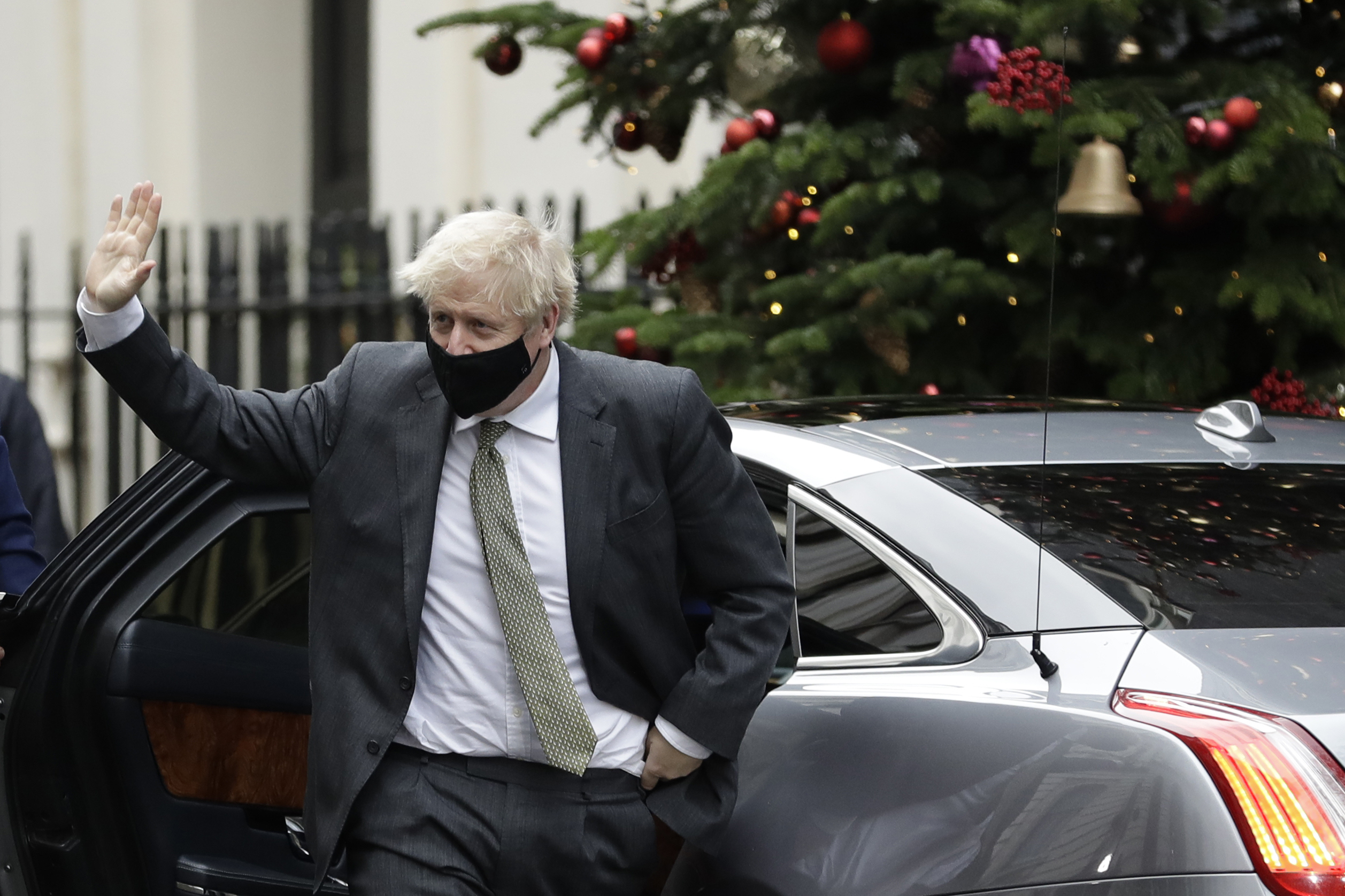 The Cabinet Office minister vowed there would be a "smooth flow" of goods between Northern Ireland and Britain and anything from "Nissan cars to lamb from Montgomeryshire" would be free to travel around the UK, regardless of whether a trade deal is reached with the EU.

Mr Gove warned that under the EU's initial proposal, a pint of milk would be slapped with 58 per cent tariffs, but he had hashed out an agreement that means Northern Irish goods are free of any extra charges.

He told MPs: "Northern Ireland has a unique position within the United Kingdom, as a result of having a land border within the European Union, which no other part of the UK does, and that requires specific arrangements."

The agreement means both sides have backed down on a bizarre row over blocking imports and exports of cold meat between Ireland and Northern Ireland dubbed the “banger war”.

In a win for meat-lovers across the nation, he said: "Our agreement also prevents any disruption at the end of the transition period on the movement of chilled meats.

"British sausages will continue to make their way to Belfast and Ballymena in the new year."

Last night the Cabinet minister branded his EU counterpart Maroš Šefčovič “the sausage king of Brussels” as they shook on the fresh deal.

Brussels also dropped demands for an EU Embassy in Belfast to oversee Euro officials who will be allowed to roam Ulster making sure rules are kept.

Mr Gove assured MPs there would be no "Beflast mini embassy or mission as some in the EU originally thought."

He added that Euro officials will be allowed to be present at Irish ports but will not have "any power" to roam Ulster making sure rules are kept.

They won't be allowed to carry out any of the checks themselves.

"There will, instead, be sensible, practical arrangements – co-operation, reciprocal data-sharing – so that both sides can have confidence in these unique arrangements," he said.

There will be no export declarations and endless paperwork necessary for goods leaving Northern Ireland bound for Britain except for the "limited and specific" exception of trade in endangered animals and conflict diamonds.

And EU rules on state-subsidies for businesses will only affect some firms – and won't cover those with just a small link to Northern Ireland.

The agreement comes as Boris Johnson prepares to travel to Brussels to meet with EU commission chief Ursula von der Leyen to try and rescue hopes of a trade deal tonight.

The PM said issues such as control over fish in British waters – which French President Emmanuel Macron is threatening to blow up a potential deal over – are looking "very, very difficult" to work through.

He said him and his negotiating team are "will do their level best" to seal an agreement.

"But there are limits, beyond which obviously, any independent Government or country could go."