England fan, 29, who died while celebrating Harry Kane’s goal against Germany was ‘fit and well’ when he collapsed and died in pub with doctors unable to find cause of death, inquest hears

An England fan who collapsed while celebrating Harry Kane’s goal against Germany at Euro 2020 was ‘fit and well’ when he died, an inquest heard today.

Tragic Charlie Naughton, 29, had been watching the Three Lions game in a pub with friends and family when he jumped up to celebrate during the game on June 29.

The Chelsea fan and bricklayer from Hammersmith fell to the ground and hit his head on the wall. He was taken to hospital but died an hour later in hospital .

Witnesses in the pub in Uxbridge, west London, thought Mr Naughton may have suffered a heart attack when he collapsed, but a post mortem examination did not find any evidence of a cardiac arrest.

The only injuries found on Charlie were a bruise on the head and a bitten tongue, the inquest heard. 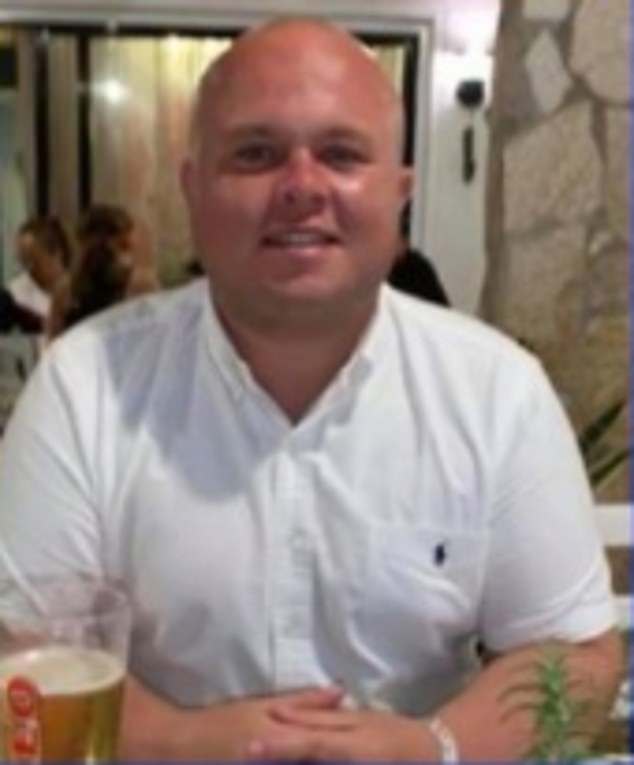 Charlie Naughton, 29, was surrounded by his mates as he jumped to celebrate the game-winning header before he fell to the ground and hit his head on the wall

West London Coroner’s Court heard that a pathologist was unable to find a cause of death for Charlie.

Recording an open conclusion, coroner Lydia Brown said: ‘He had had five or six pints of lager when he fell and hit his head on the wall on the way down.

‘When the paramedics arrived at 6.50pm witnesses said he had collapsed, hit his head on the wall and bitten his tongue.

‘The lack of evidence in this case means I’m not able to reach a finding of any ‘short form’ conclusion.’

She added: ‘If he was to leave that pub in a car, he would have been slightly over the limit.’

The hearing was told a toxicology report concluded Mr Naughton could have died of ‘cocaine cardio toxicity’, after paramedics at the pub were told Mr Naughton had taken the drug in the past.

But Mrs Brown made clear there was no evidence to support this. 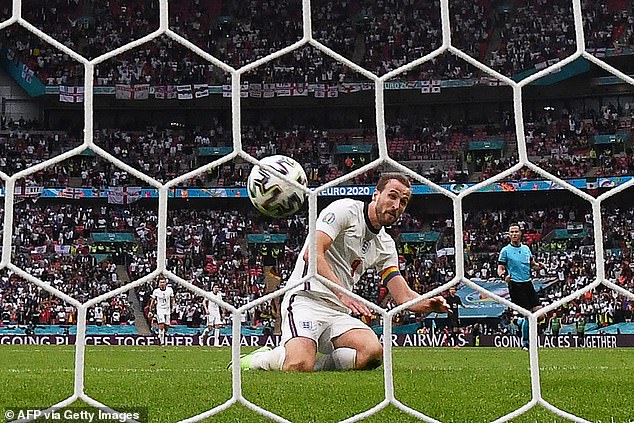 England’s forward Harry Kane scores England’s second goal during the UEFA EURO 2020 round of 16 football match between England and Germany at Wembley Stadium  on June 29, 2021

Mr Naughton, who suffered from asthma was diagnosed with Covid-19 in January 2021, but recovered and had since received both doses of the Astra Zeneca vaccine.

Mrs Brown said: ‘There was no evidence of any diseases in the respiratory system.

‘There was some biting of the tongue, but everything else was normal.’

In a statement, Charlie’s mother Karen Sayer paid tribute to her ‘happy-go-lucky son’.

She said: ‘He was the most lovely and respectful person.

‘He loved to play football and squash and enjoyed walking his beloved dog Mush around the local park.’

According to his mum, Charlie was so popular that over 1,300 people attended his funeral.

Following his death, England skipper Harry Kane tweeted his condolences to the family, saying: ‘I’m so sorry to hear about Charlie passing away – my thoughts and condolences go out to his family and friends.

‘We will give it everything tomorrow and for the rest of the tournament for fans like Charlie. RIP Charlie Naughton.’