Others may have had ‘ill feelings’ towards slain mum Ellie Price, court hears

Lawyers for accused killer Ricardo Barbaro have argued slain mother Ellie Price may have had other people bearing her ill will, including a man she was allegedly attempting to extort for tens of thousands of dollars.

Mr Barbaro’s lawyer, Mark Gumbleton, told Melbourne Magistrates Court he should be able to cross-examine friends and family of Ms Price amid allegations she was attempting to extort $25,000 from a friend by threatening to tell police he had raped her. 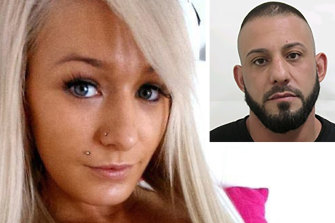 "We know that she extorted [her friend] in respect of an allegation that she was going to advance to police about being raped by him and requiring her to pay him $25,000," Dr Gumbleton told magistrate Marita Altman on Wednesday.

"Given her vocation … there might be others who had ill feelings towards her."

Mr Barbaro is accused of killing Ms Price, whose body was found in her townhouse in Park Street, South Melbourne, on May 4. Detectives believe the 26-year-old mother's body may have been there for almost a week before it was discovered by police.

Ms Altman ruled that Dr Gumbleton would be able to cross-examine Ms Price’s sister and mother to challenge police evidence that Mr Barbaro had a tendency to commit acts of violence against Ms Price and that it played a factor in her death.

"This relationship was not as the [police] would have them believe when the truth might be very far from that allegation," he said. "We just don’t accept the prosecution narrative."

Dr Gumbleton also expressed dismay that results from forensic analysis of the knife police allege was used to stab Ms Price in the back six months ago had not yet been turned over to the defence.

"What the hell has happened with the knife?" he asked. "Am I the only person that finds it remarkable? Maybe I’m losing touch. We want to know everything about the knife, and we say we’re entitled to."

Prosecutor Patrick Bourke said initial forensic investigation of the knife has indicated there was no blood detected.

Ms Altman said it did "seem unusual" there wasn't "even the most perfunctory examination" of the knife, which could have occurred very early on.

Mr Barbaro, 33, appeared from Port Phillip Prison and spoke only once during the hearing to confirm he could understand Ms Altman over the audio-video link.

In a hearing last week, Dr Makarious said Mr Barbaro had told him he was having relationship problems, trouble sleeping and had been abusing cocaine.