Boris Johnson is due to be presented with results showing just one dose of either vaccine blocks transmission of the virus in all age groups by about two thirds, The Telegraph reports. 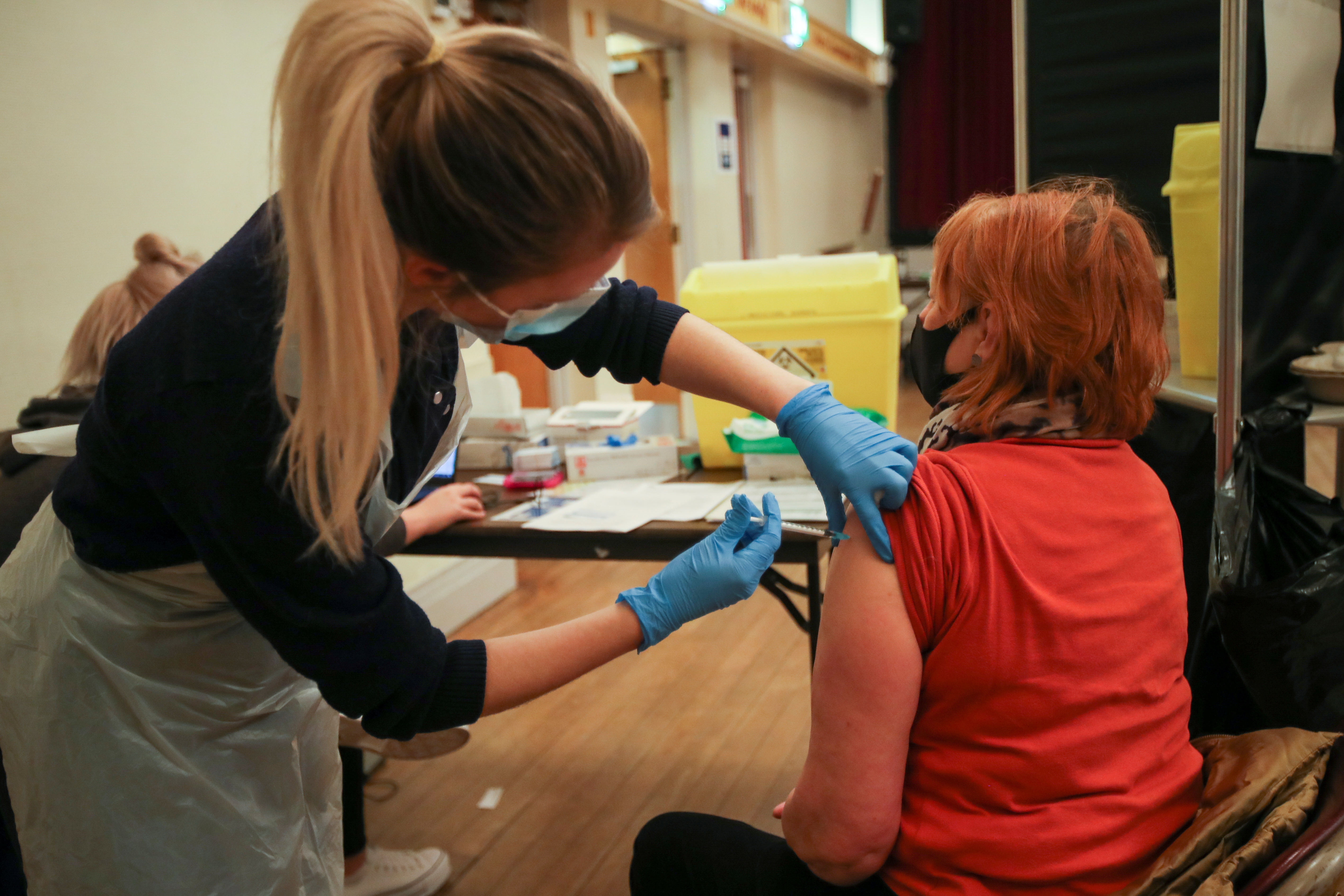 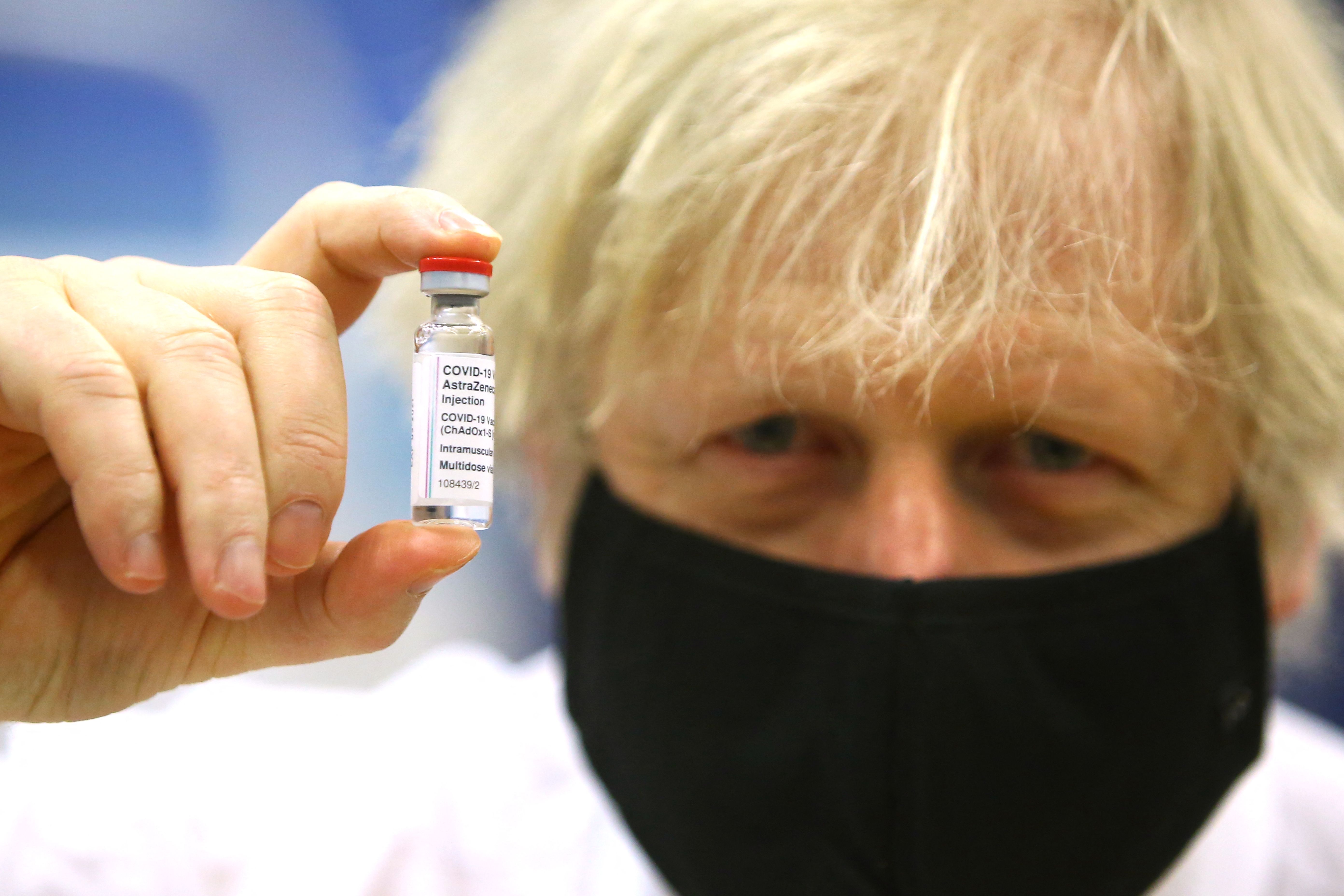 The first "real world data" on the vaccines' impact will boost hopesBritain's lockdown nightmare can be lifted soon.

Whitehall sources told The Telegraph the results were "very encouraging".

The Prime Minister is set to unveil a roadmap out of lockdown on Monday and has said he will be guided by "data not dates".

Mr Johnson and the government's scientific advisers will study how the vaccines are affecting rates of transmission, infection, hospitalisations and deaths.

Studies on vaccines led by Public Health England (PHE), involving 40,000 healthcare workers and 9,000 care homes, are due to be published this month.

A PHE spokesman told The Telegraph: "We have been analysing the data since the start of the vaccination programme rollout and will publish our findings in due course."

Most of the data shows the results of the Pfizer jab, which was rolled out earlier, from the start of December, it's reported.

The same results were found in a smaller sample of people given the Oxford vaccine, it's claimed.

Despite doubts raised by some – including French President Emmanuel Macron – over the Oxford jab's effectiveness on the over-65s, similar results were reportedly found in all age groups. 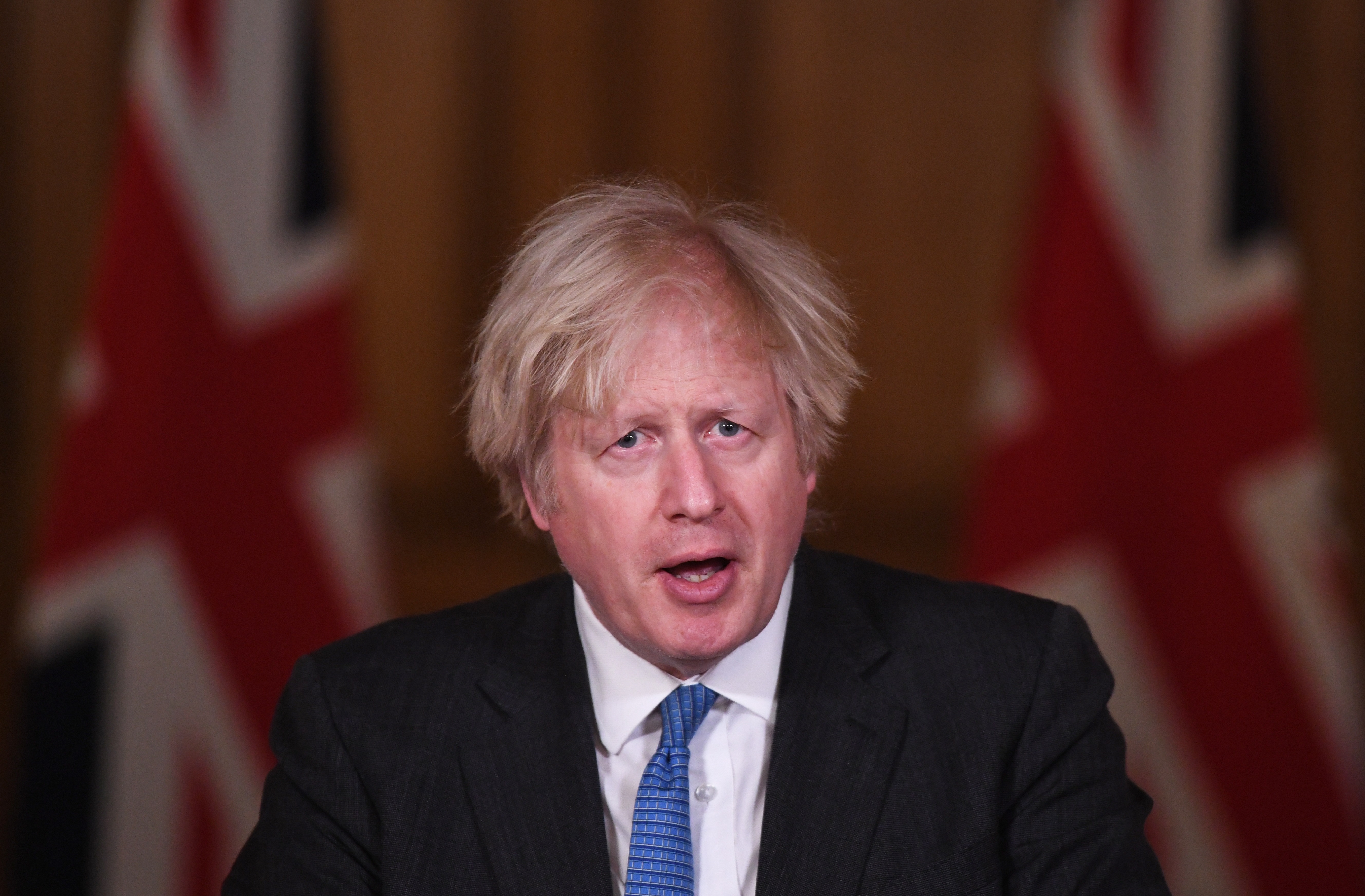 Mr Johnson will be handed a dossier of data to help him decide the speed of his "Roadmap to Recovery" blueprint.

He will scrutinise the data with the government's Chief Medical Officer Prof Chris Whitty and Chief Scientific Adviser Sir Patrick Vallance over the weekend.

The Cabinet's coronavirus operations committee are then due to meet to thrash out the roadmap to lead Britain from lockdown.

Early results are set to indicate the Pfizer and Oxford/Astra Zeneca vaccines are slashing infection rates.

The PM is under pressure from Tory MPs to ease restrictions quickly, with Covid infection rates now halving every two weeks.

Yesterday, another 12,057 infections were recorded, down from 13,494 last Thursday as hospitalisations also continued to tumble. 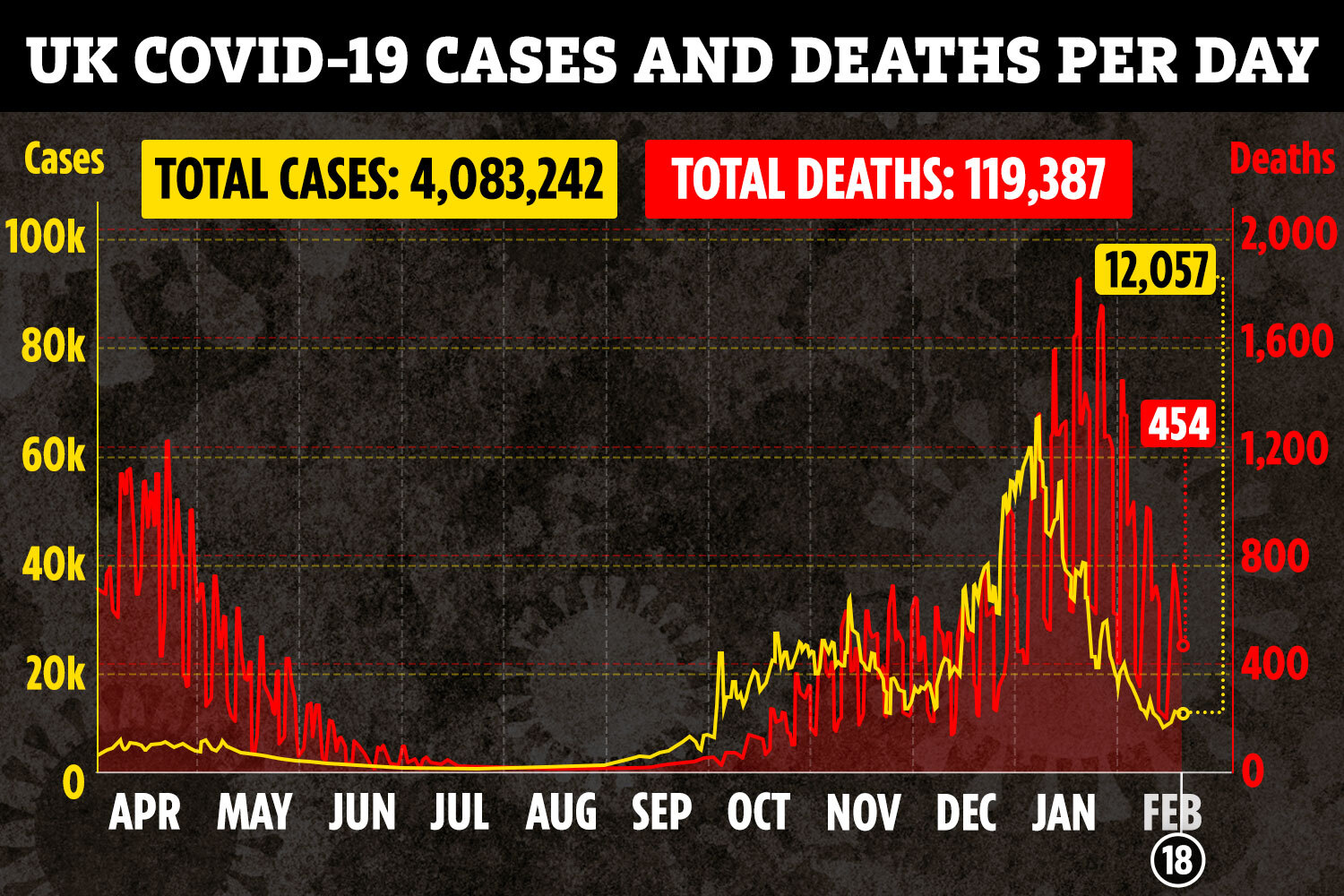 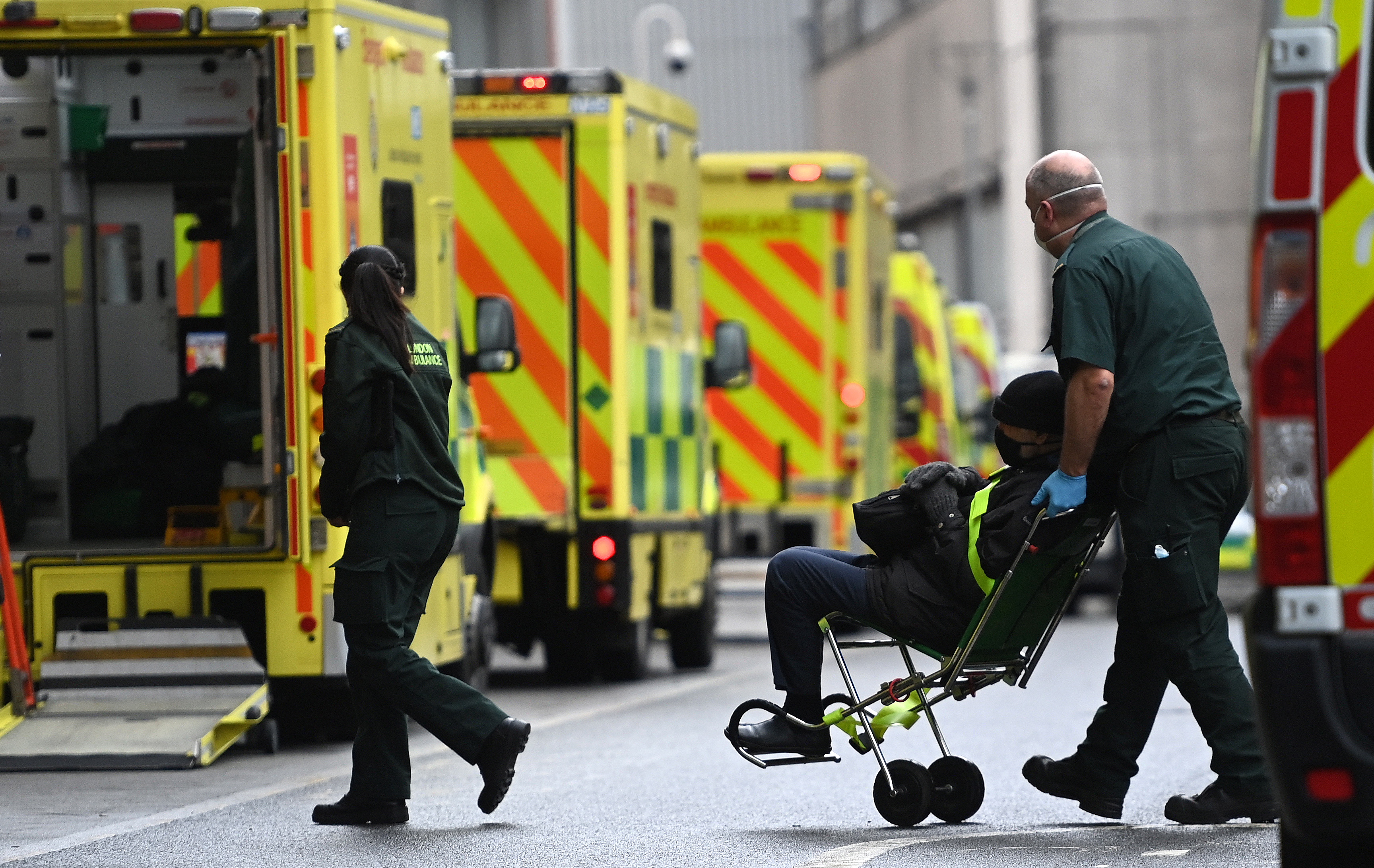 In England, there were 2,316 intensive care patients needing ventilation, down from 3,736 on January 24.

Cases among the over-80s are falling quicker than other age groups, and are down by 39 per cent in seven days, another sign that the vaccines are working.

Health Secretary Matt Hancock is said to be one of the Cabinet ministers urging a speedier end to lockdown.

It comes after a major study found Covid rates are still "really high" – despite lockdown causing cases to plummet by two thirds.

Scientists are urging people to take a "cautious" approach as infections remain high but had dropped to just one in 200 people testing positive.

Scientists hailed the plummeting cases as “really encouraging” yesterday, but warned pressure on hospitals must ease before we unlock the country.

Britain’s biggest virus infection survey found the R rate is down to 0.7, even as low as 0.6 in London.

The React study, by Imperial College London, carried out swab tests on 85,000 people across England between February 6 and 13.