Police have evacuated people from a shopping centre in western Paris after someone working there claimed to have seen a man carrying a gun.

Armed police scrambled to the ‘Les Quatre Temps’ centre around 9.30am, searching for a masked man carrying a ‘long gun’ – meaning a rifle or shotgun.

Video showed shoppers leaving centre in the La Defense business district with their hands raised as officers checked for weapons. 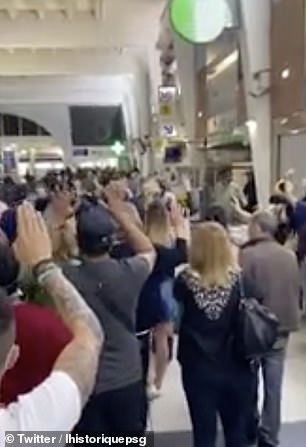 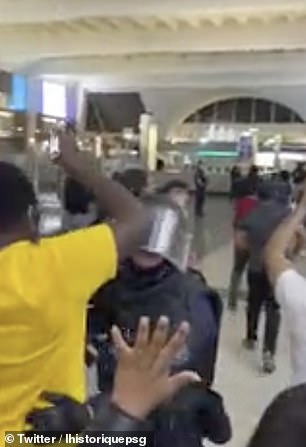 People working in nearby offices have been told to shelter in place, as have pupils in local schools.

Metro trains will not be stopping at nearby stations until the alert is over, the police department said.

‘Police services are carrying out checks around the area of La Defense,’ the department said on Twitter.

‘We advise people in the area not to move around and to follow the instructions of authorities.’

The four-storey shopping centre contains around 230 shops and employs hundreds of staff.

Around 200,000 people typically work in the district, though numbers are currently lower due to coronavirus.