Parliamentary staff to write poems about privilege on a 'digital wall'

Parliamentary staff have been urged to admit their ‘privilege’ through an online platform that has been set up in the wake of the Black Lives Matter protests.

Officials have reportedly been issued with an ‘inclusivity toolkit’ by senior figures which encourages white workers to acknowledge their ‘internalised racism’.

The digital wall was set up by Parliament’s diversity group Parli-REACH for staff to profess their privilege, write poetry and give their ‘support’ for Black, Asian and Minority Ethnic (BAME) colleagues, according to the Telegraph. 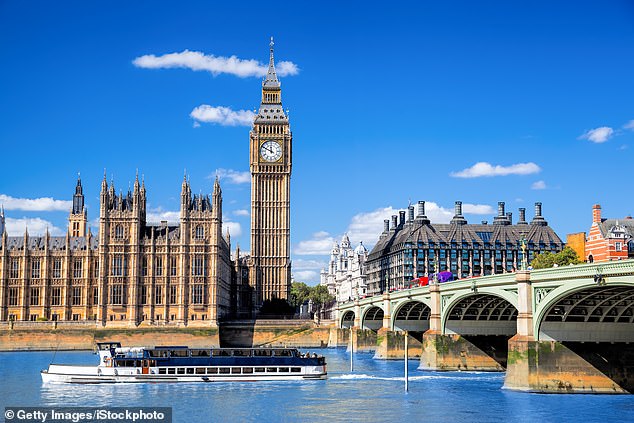 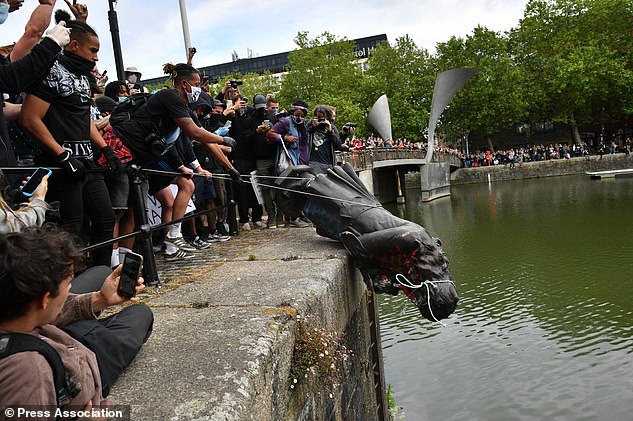 After the Edward Colston statue was toppled in Bristol in June (above), parliamentary staff were given advice on expressing support for Black Lives Matter protests

This comes soon after staff were given advice on how to express their support for Black Lives Matter protests through ‘attending protests and social media use’ after Edward Colston’s statue was pulled down in Bristol in June.

Messages posted on the digital ‘solidarity and support’ wall include one woman saying: ‘As a white woman I acknowledge my privilege and continue to educate myself.’

One person posted on the wall arguing that staff could no longer watch American comedy series Brooklyn Nine-Nine, which stars Andy Samberg, because it sold a ‘cosy lie’ about policing.

And another wrote that ‘as a white man I am conscious of the privilege I have’, the Telegraph reported. 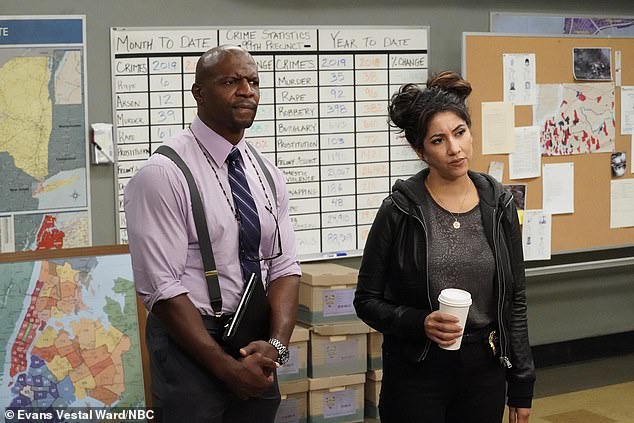 One person said that staff could no longer watch American comedy series Brooklyn Nine-Nine, which stars Andy Samberg, because it sold a ‘cosy lie’ about policing 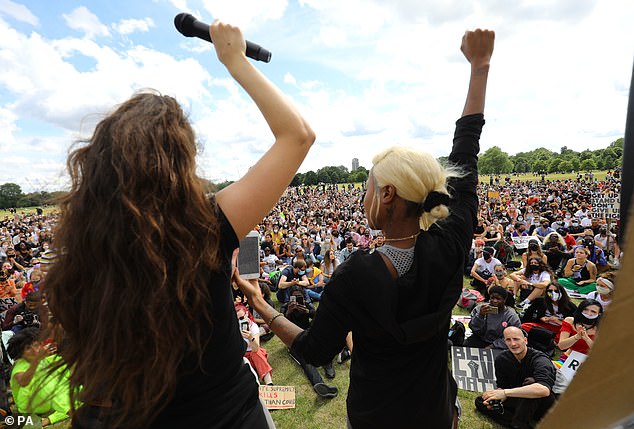 But the admissions have been described as ‘divisive’ by some MPs, who are calling for a review of public institutions.

Tory MPs Danny Kruger and Miram Caters told the Telegraph that a ‘woke consensus’ has ‘taken hold’ of ‘parts of Whitehall’, warning the party not to ‘pander’ to its supporters with policy.

Documents obtained by the Telegraph reportedly show the House of Commons staff leaders promising that George Floyd’s death in May would be a ‘catalyst for change’ in Parliament.

It was also revealed that new unconscious bias training and more online resources have been given out to staff, including the new digital wall.

A Minneapolis police officer knelt on the neck of George Floyd, 46, for nearly nine minutes and his death has led to global protests against racism, colonialism and police brutality.