Pensioner, 78, returns to full-time work to cope with cost of living

Pensioner, 78, returns to full-time job at a call centre 40 hours a week to cope with his rising bills and says, ‘I’ll be kept warm by their heating bill and not mine’

Do you know a pensioner back in full-time work?

Do you know a pensioner who has returned to full-time work to cope with the cost of living?

A 78-year-old man has taken on a call-centre job working 40 hours a week to help cope with the cost of living crisis.

Maurice Taylor, of Cambridge, Peterborough, had retired in 2012 but says he felt compelled to return to work to ‘future-proof my existence’ as energy bills continue to soar.

‘One of the upsides is during the winter I’ll be kept warm by their heating bill and not mine,’ he told the BBC.

Mr Taylor was previously a project manager for a firm that supplied furniture and other equipment to schools.

As well as battling the cost of living, he says he is looking forward to the social interaction of the workplace.

And he has nothing but praise for new employer Addison Lee for recruiting him – adding that his age was never an issue during the application process. 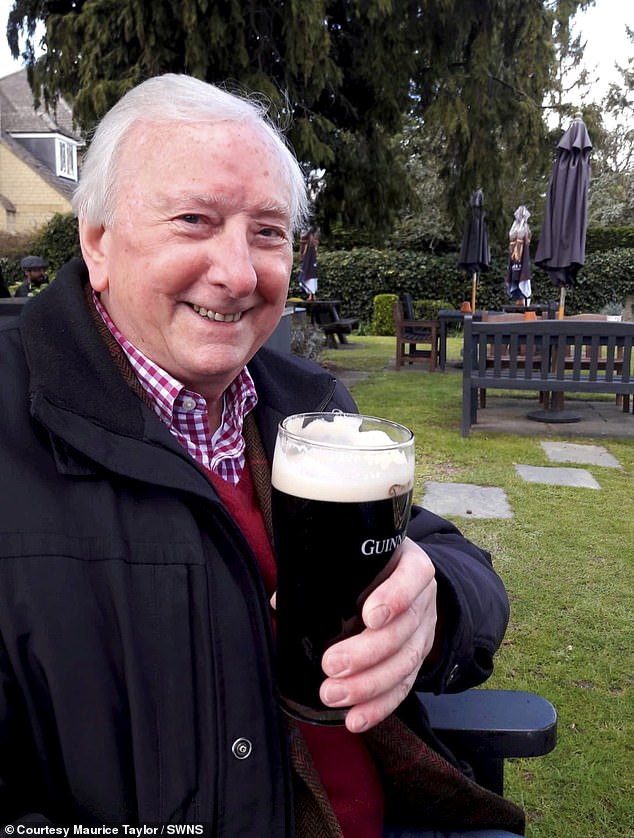 Pensioner Maurice Taylor, 78, who has gone back to work to cope with the rising cost of living after he spent ten years in retirement

‘I had what seemed like a reasonable pension ten years ago but it hasn’t kept pace with the rate of inflation.

‘Prices are going up for heating, gas and electricity. I’m alarmed by the further increases in the cost of fuel and petrol.

‘I know that we are told the current situation is temporary but prices will never go back to where they were before.

‘Rather than getting left behind by the situation – and we can’t predict how much more prices will go up – I decided to do something about it.

‘I’m not poor. I’m better off than a lot of pensioners but I wanted to future proof my finances. It’s my long term survival plan.’

Maurice started working in 1961 – when he was 17 – checking death claims at an insurance firm. 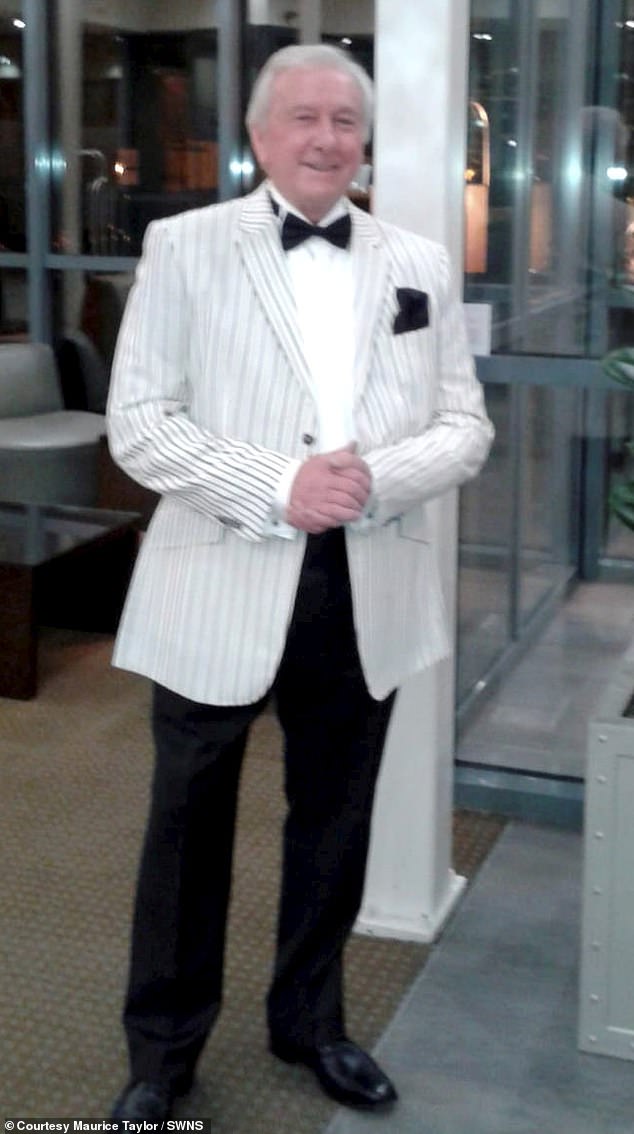 Mr Taylor retired back in 2012 but has secured a job working 40 hours per week at a call centre. ‘I wanted to future-proof my existence against the backdrop of enormously increasing prices,’ he said

He went on to work in sales for a furniture company before retiring ten years ago.

But on May 10, Maurice applied for a customer services role at Addison Lee and had a telephone interview two days later.

He went for an assessment and face-to-face interview on May 19 and the next day was offered the job, which involves answering customer questions by telephone. 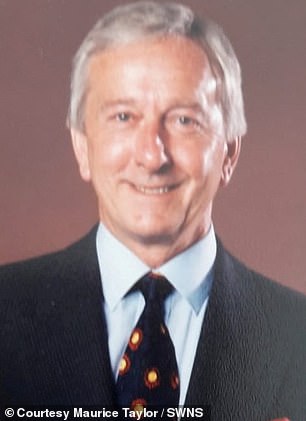 Maurice said: ‘They didn’t mention my age at all. I did tell them and they said that it doesn’t matter.

‘I’ve been a widower for 10 years and I spend a lot of time at home on my own.

‘The opportunity to be going to a workplace and mixing with colleagues day by day is really quite refreshing for me.

‘I will be the grandfather of the workplace.’

Sanj Gherra, head of customer support at Addison Lee, said the company was all in favour of inclusiveness and diversity.

He said: ‘The great thing about Maurice, he’s got extensive experience of working with customers so coming to work for us here was a no brainer.’

The cost-of-living crisis has hit almost every section of households’ finances in recent months as Britons battle to balance the books at home amid 9 per cent inflation, soaring energy costs and rising food prices.

A string of bill increases took place in April, including rises in council tax, a 1.25 percentage point national insurance increase to help pay for health and social care, and a rise in the energy price cap to a £1,971 average.

The Government set out five case-studies  to show the ‘combined impact of recent policy decisions and changes in the labour market’:

Combined gross annual earnings of £26,000, including a full-time earner on £10/hour and a part time earner on the National Living Wage with two children who are in receipt of means tested benefits should expect to receive additional government support of £3,200 this year.

This includes £850 from today’s measures, £350 from the February package, £2,000 from the Universal Credit taper reduction.

A low-income couple, both out of work, one of whom has a disability (combined net income of £13,900) will receive a total of £1,350 this year in additional support. This includes £1,000 from today’s measures, and £350 from February support package.

A low-income pensioner household will receive a total of £1,500 this year in additional support. This includes £1,150 from the announcement and £350 from February support package.

A single mother of two children who works full time on the National Living Wage will receive a total of £2,500 this year in additional support. This includes £850 from today’s measures, £350 from the February package, £1,200 from the UC taper reduction.

A low-to-middle income working family on Universal Credit, with 2 children (combined gross annual earnings of £43k, including a fulltime earner on median hourly wage of £14.10/hour, or around £27,000 per year, and another full time earner on the National Living Wage) will receive £4,200 this year in additional support. This includes £850 from today’s measures, £350 from the February package, £240 from the NICs threshold increase, £2,900 from the Universal Credit taper reduction.

The next change in the price cap is due to take place in October – and industry regulator Ofgem recently suggested it may soar by another £800 to somewhere in the region of £2,800 for an average household.

Last week, Chancellor Rishi Sunak announced a package of support to help people with living costs, including a £400 energy discount per household.

The measures also entail a one-off £650 payment to low-income households on benefits, paid in two instalments in July and the autumn.

Pensioners will also receive a £300 payment alongside winter fuel payments, while £150 will be paid by September to people receiving disability benefits.

Mr Sunak acknowledged his spending spree could have an ‘inflationary impact’ but insisted it was ‘manageable’ because most of the cash was directed toward people who would otherwise struggle to pay their bills.

He also imposed a £5billion windfall tax on oil and gas giants, while the rest of the spending package will be paid for by borrowing.

Pensioner households will receive an extra £300 this year under the ‘Pensioner Cost of Living Payment’ to help them cover the rising cost of energy this winter.

This additional one-off payment will go to more than eight million pensioner households across the UK who receive the Winter Fuel Payment – which currently pays out between £200 and £300 to eligible people.

The cash will also be paid on top of any other one-off support a pensioner household is entitled to, such as where they are on pension credit or receive disability benefits.

The Winter Fuel Payment and the Pensioner Cost of Living Payment are both not taxable and do not affect eligibility for other benefits.

Last month, households’ credit card borrowing grew at the fastest annual rate since 2005, according to Bank of England figures – just as a string of price rises started to hit.

The annual growth rate for all consumer credit, which includes borrowing on credit cards, overdrafts, personal loans and car finance, increased to 5.7 per cent in April from 5.2 per cent in March. This was the highest rate since February 2020.

A rise in the energy price cap, council tax increases and a 1.25 percentage point rise in National Insurance (NI) to pay for health and social care were among the higher costs in April.