Moment ‘confused’ pensioner, 76, drives five MILES up the wrong side of busy dual carriageway before smashing into car carrying a toddler – as he avoids jail and vows never to drive again

A pensioner drove almost five miles up the wrong side of a busy dual carriageway after becoming ‘lost and confused’ while running an errand for a relative during the pandemic.

Edward Burman, 76, from Monkseaton, North Tyneside, caused two crashes after he drove in the wrong direction along the A19 in North Tyneside in his blue Corsa on June 17 last year.

Newcastle Crown Court heard that the retired cab and bus driver had taken a wrong turn and realised he was about to go through the Tyne Tunnel before he turned back and ended up along the dual carriageway.

During the clip, the pensioner is seen driving along the busy road as motorists pass him in the opposite direction. 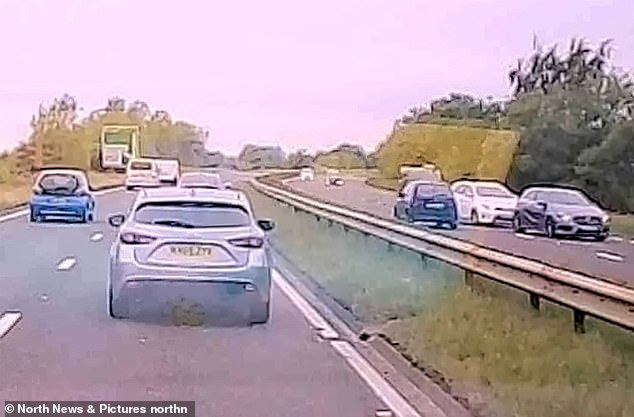 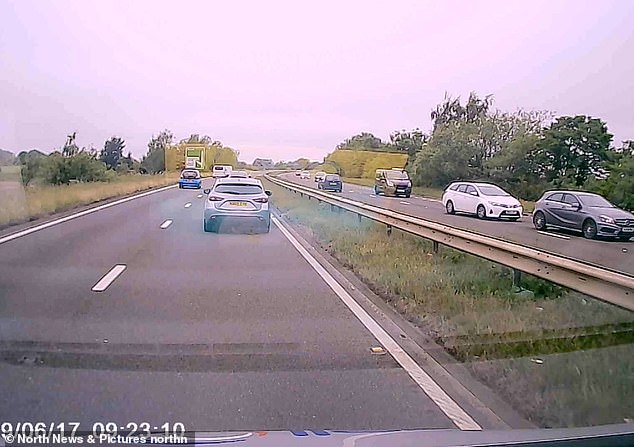 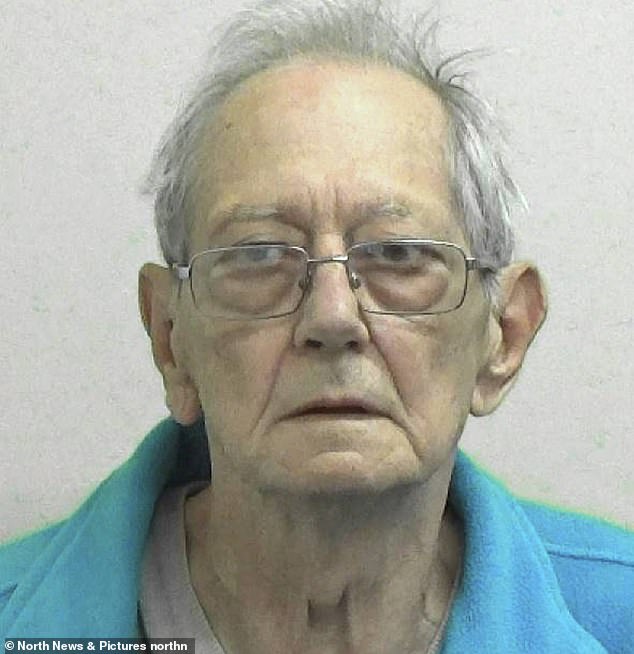 Edward Burman, 76, from Monkseaton, North Tyneside, caused two crashes after he drove in the wrong direction along the dual carriageway on June 17 last year

Prosecutor Shada Mellor told the court the A19 was ‘moderately busy’ when Burman drove the wrong way at ‘not what can be considered slow speed’.

Miss Mellor told the court: ‘The defendant drove his vehicle on the wrong side of the road, namely the A19 dual carriageway, for a distance of 4.6 miles.

‘It appears the defendant, while out shopping for a relative who he was assisting during the pandemic, became lost and confused.’

The court heard Burman had realised he was heading to the toll booths and into the Tyne Tunnel and turned onto an unfamiliar road then became lost.

Miss Mellor added: ‘He turned his vehicle around before the toll station and proceeded to drive on the wrong side of the A19 carriageway for 4.6 miles.

‘Due to this Northumbria Police control room began to receive numerous reports of a vehicle travelling on the wrong side of the road on the A19.

‘He narrowly avoided several collisions however there were two crashes. In both there were children present in the cars.’

The court heard one car, being driven by a mother with her five-year-old child in the passenger seat, was forced to brake suddenly to avoid Burman’s car, which caused her to swerve and crash into a road sign. She and her child suffered minor injuries.

A second motorist, a grandfather with his two-year-old granddaughter in the car, collided with Burman’s car.

Both were taken to hospital, where it was confirmed the grandfather had suffered minor injuries but the child was unhurt. 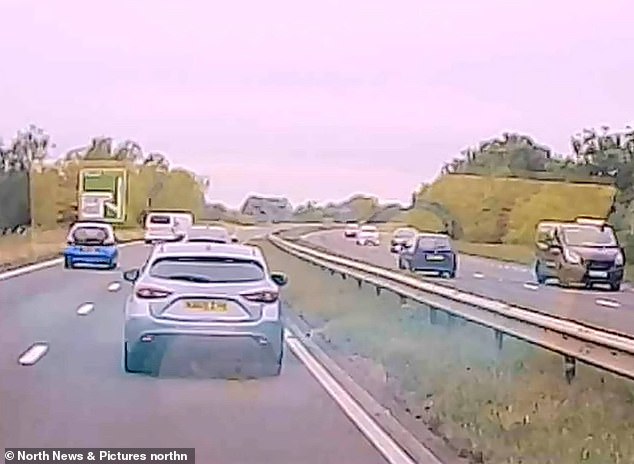 The court heard that the pensioner had turned his vehicle around before a toll station and then proceeded to drive on the wrong side of the A19 carriageway for 4.6 miles 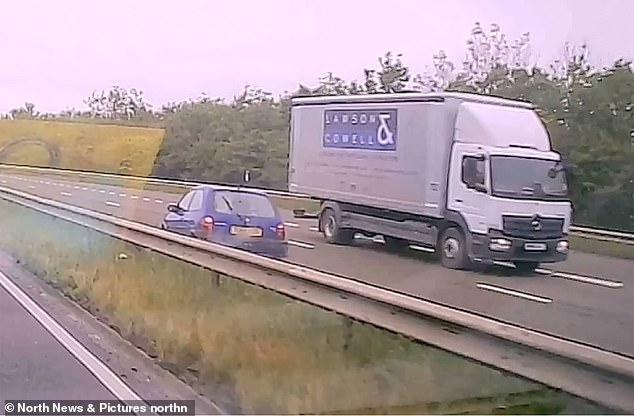 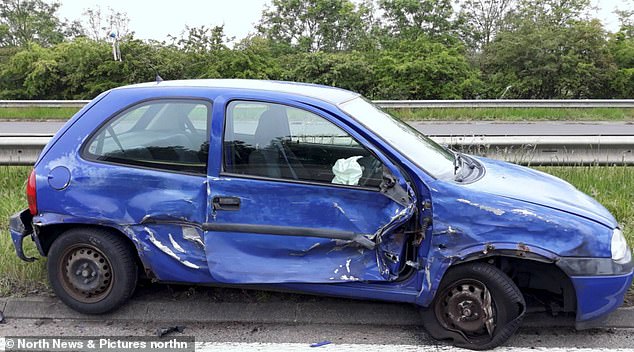 Pictured: The pensioner’s car after he drive in the wrong direction along the dual carriageway

Burman was banned from the roads for two years and must sit an extended test before he can drive again. He was ordered to pay a £1,000 fine and £250 costs.

The judge said Burman’s driving was ‘bizarre and dangerous’ and told him: ‘In the region of the Tyne Tunnel you became lost.

‘That might be understandable, as far as mistakes go, but you persisted in your mistake in the most remarkable way.’

The judge added: ‘You didn’t stop, perhaps you didn’t see the havoc you were causing and you carried on regardless.’

Vic Laffey, defending, said Burman had suffered two heart attacks in the past and has vowed never to drive again.

Mr Laffey said Burman had a 25-year career as a taxi driver and bus driver and the offence was ‘bizarre’.

He added: ‘He was helping someone during the pandemic, took a wrong turn on a new, busy roundabout and ended up going completely the wrong direction.

‘When he realised he was in a lane that would take him through the Tyne Tunnel and over the river he panicked and ended up on a road where he couldn’t get off the road.’