Peterborough is rated WORST place to live in Britain AGAIN

Peterborough is rated the WORST place to live in Britain for the second year in a row in survey of 80,000 disgruntled Britons

Peterborough has been rated the worst place to live in the UK after it tipped a list of some of the most rundown areas in the country with residents describing the area as ‘draining’.

The annual survey listed Peterborough the worst for the second year running, while other places including Doncaster and Rochdale were also listed.

It is often said that home is where the heart is but inhabitants of the ten towns and cities on the list feel far from proud about the areas they call home.

Over 80,000 people voted for the worst places in the country through the ilivehere poll.

Surprisingly towns such as Blackpool, which is one of England’s most deprived towns, didn’t make the cut.

Is your town or city on the list? Take a look below… 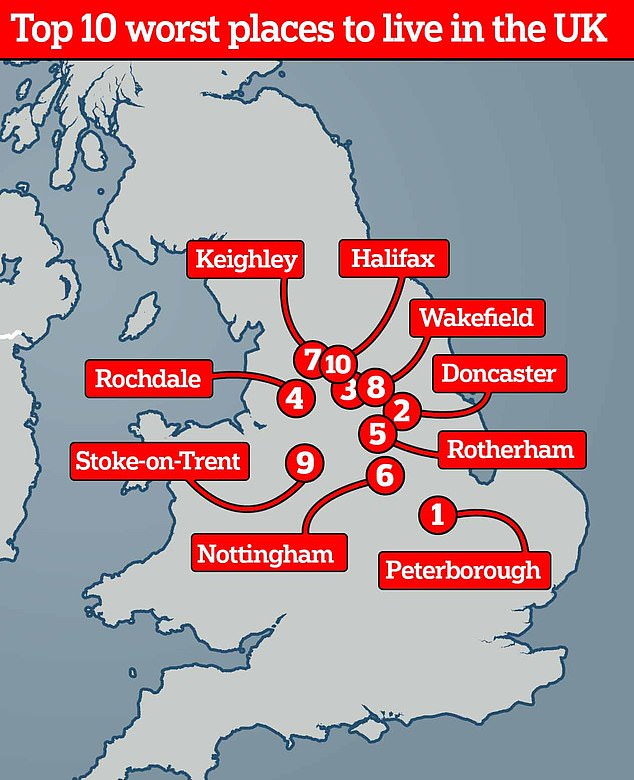 Top of the pile, somewhat surprisingly, is one of the country’s oldest cities and home to one of its finest cathedrals.

Despite attractions such as a Bronze Age village and the Burghley House stately home, Peterborough has failed to impress its 200,000 dwellers.

Residents from Cambridgeshire town couldn’t wait to review their area and organisers of the poll said they had been voting from the minute it opened until the minute it closed.

This is while another added that residents feel ‘totally isolated from the rest of the world’.

Another even went as far to say that its ‘should have been destroyed during WW2. 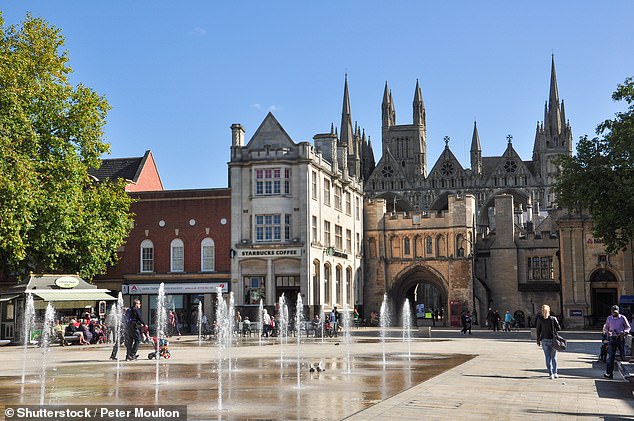 Despite attractions such as a Bronze Age village and the Burghley House stately home, Peterborough has failed to impress its 200,000 dwellers (Cathedral Square pictured above)

Doncaster is a town in Yorkshire close to the River Don and even has a Roman wall for keen history buffs to visit.

But some of the over 300,000 residents that live in the town have warned that the sights aren’t actually worth seeing.

One resident warned visitors to ‘not make eye contact with people in the town’ and to ‘avoid’ the parks and estates in the area.

Some also joked that cider white lightning was the tipple of choice for Doncaster residents.

Doncaster town didn’t exist until the Romans arrived, the town originated as an informal village that grew up outside the fort, known as a vicus.

The Romans had built a fort on the banks of the River Don and named in Danum. 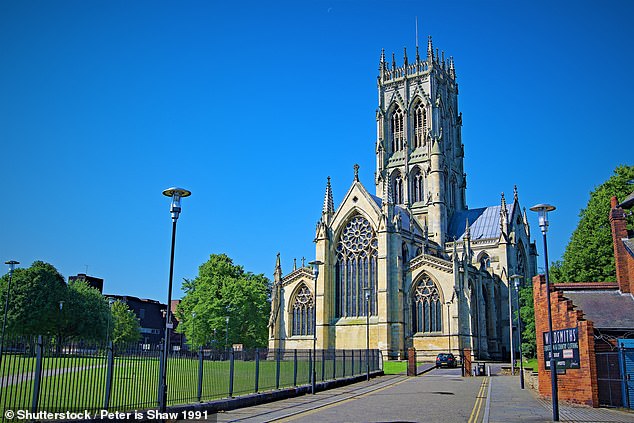 St George’s Minister, Doncaster, on a perfect blue sky day. Residents ranked the area the second worst in the country

Huddersfield had previously been named as the worst city in 2018 but has steadily climbed the ranks.

The town lists one of its top attractions as a hill, it is a large university and market town.

Many residents claimed the town is full of coffee shops and pound shops, and also that it was unclean.

Others warned that Huddersfield ‘should be avoided’ by people who wanted to keep hold of their belongings.

However others were more gracious and one said that only 70 per cent of the town was actually bad.

Huddersfield is best known for its role in the Industrial Revolution. 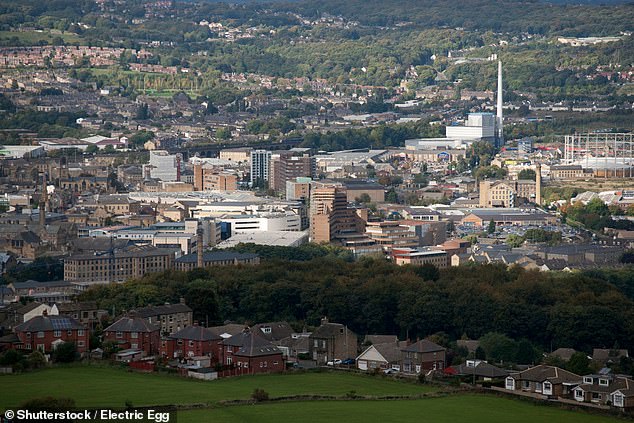 A view of Huddersfield and the surrounding area from Castle Hill. The area was rated the third worst

Rochdale sits on the foothills of the South Pennines and rose to prominence in the 19th century as a mill town.

Today Rochdale serves as a residential town and many families live in the area.

But many of those who live in the area don’t seem too positive about their surroundings, with one suggesting that the place was ‘abysmal’.

Others said people should get out fast in order to avoid smells which they described as having a stench of ‘damp vegetables’.

Some residents also joked that modesty was not a worry for the residents and that many would walk around showing the ‘rolls around their midriff’.

Despite the negative reviews, in its prime Rochdale had been a boom town of the Industrial Revolution. 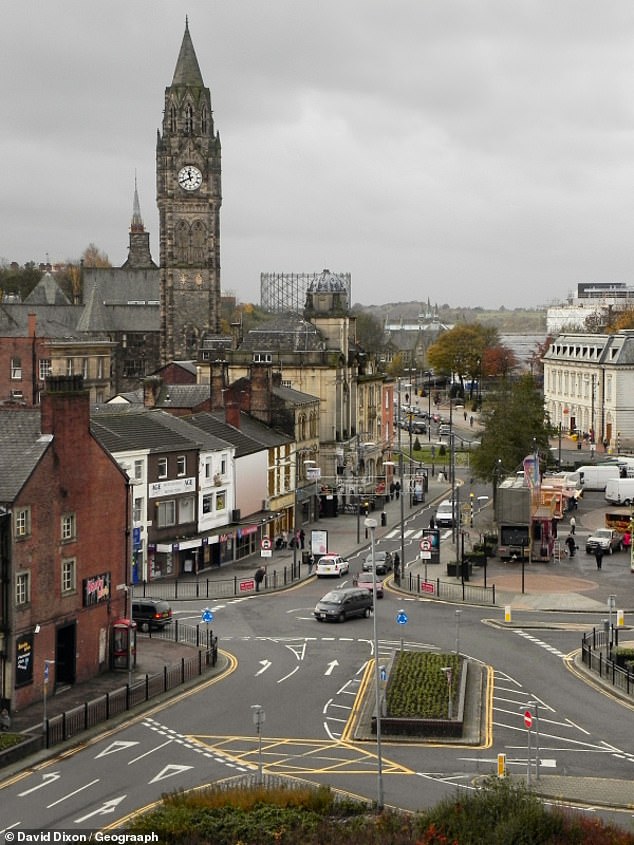 View of the Lancashire town of Rochdale. Disgruntled residents rated it the fourth worst in the country

Home to the Chuckle Brothers, Rotherham made number fiver in this year’s list of the worst places to live.

Rotherham had previously been well known as a coal mining town and had been a big contributor to the steel industry.

Other traditional industries in the area included glass making and flour milling.

But despite its strong heritage, contributors to the survey slammed the area, with one even going as far to say that it is an ‘un-flushed toilet of a town’.

This is while others slammed the quality of the town centre with one joking that they liked to ‘enjoy a pint without violence’. 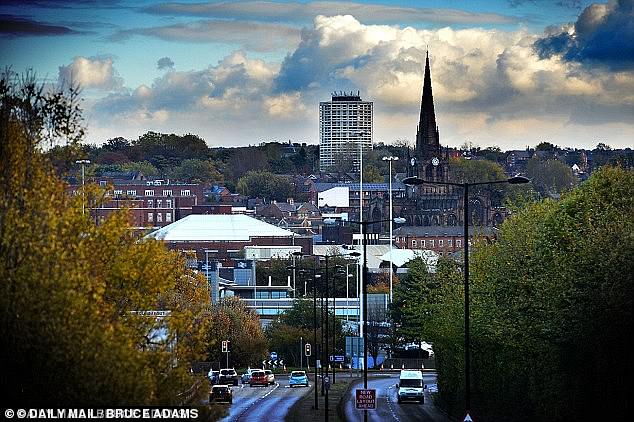 Nottingham is steep in history and even has a bustling night life to add to it.

With links to the famous Robin Hood, it attracts many visitors to the area, as does the Castle Museum and Art Gallery.

It was granted its city charter in 1897, which was part of Queen Victoria’s Diamond Jubilee celebrations.

Despite being granted city status, many residents don’t feel like there is much to celebrate living in Nottingham.

Residents complained that ‘nothing could prepare’ you for the area.

Others said some areas in the city were rife with prostitutes which ‘stand at every corner and crevice’. 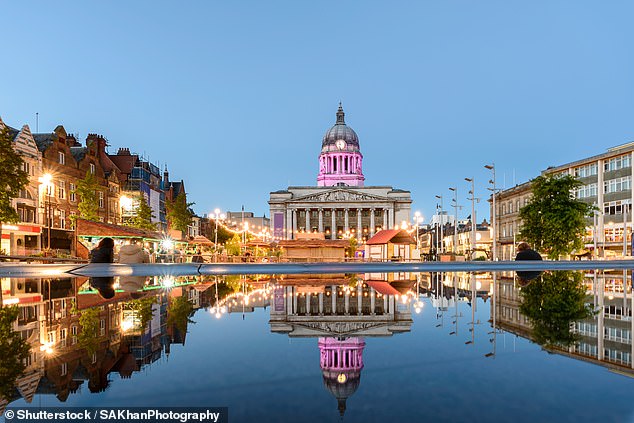 Nottingham Council House and a fountain front shot at twilight. Residents ranked it the fourth worst in the country

The official Yorkshire tourist board describes Keighley as a ‘pretty’ town nestled between Airedale and the Haworth Moorland.

A tripadvisor page set up for the area ironically states that some of the best places in the area are actually day trips, to places outside the area.

East Riddlessden Hall was rated as one of the top attractions in the area for its surroundings.

But residents didn’t seem too enthused by Keighley, which is famously known for its steam trains.

The area was a new entry for 2020 and some residents said they had ‘never encountered such a depressing place’.

Others joked that some people liked to rock up to the school gates in their pyjamas, keeping it classy. 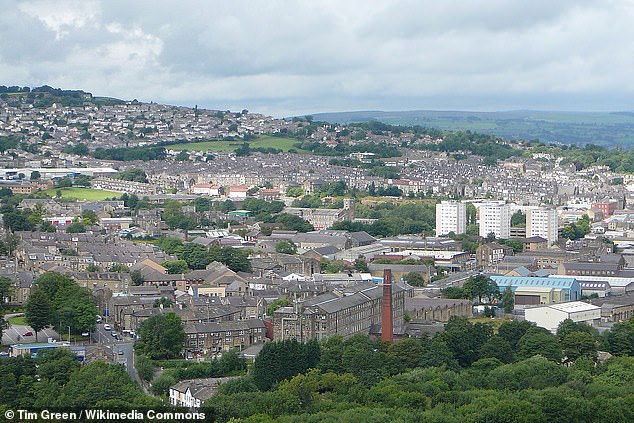 A general view of Keighley is pictured above. Residents said they had never encountered such a depressing place

Wakefield is a cathedral city in West Yorkshire and was previously an important market centre and town for the wool industry.

Back in the 18th century those who lived in the area made a living from the trading of corn.

Top sites in the area include Wakefield Cathedral, Wakefield Museum and Art Gallery and The Hepworth, which is a contemporary gallery.

Another key feature of the area is Sandal Castle, which is a ruined 15th century fortress.

Despite all that Wakefield has to offer, residents of the area claim the best thing about it is the train station – the way out of the area.

Others claimed that they couldn’t put into words how bad it was. 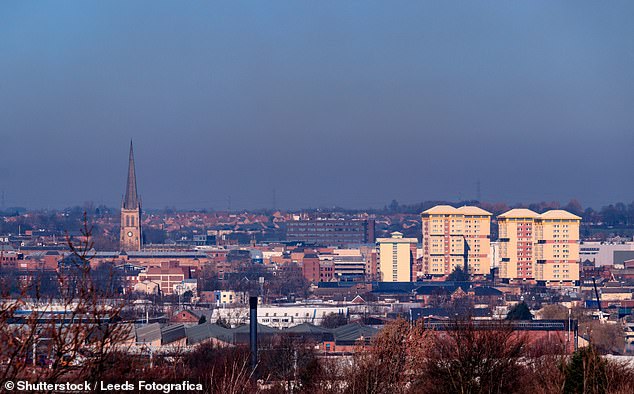 Stoke-on-Trent sits right in the middle of England and was previously famed for its pottery industry.

In recent years it has become a commuter belt for people working in the surrounding areas.

Things to do in the area include the Churnet Valley Railway, the Gladstone Pottery Museum and a Heritage centre.

Keeping with its pottery heritage, there are also various sites where you can spend the day making your very own creation.

It is also famed for the oatcake and having produced singer and performer Robbie Williams.

Residents slammed the area though and one said is is ‘a run-down, deprived armpit with delusions of grandeur ‘. 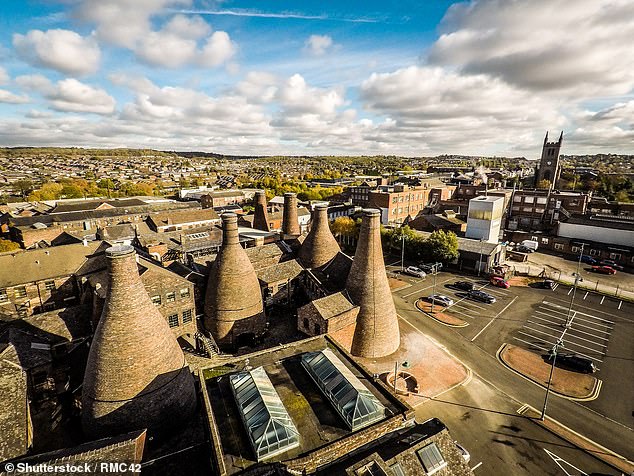 Halifax was new to the list this year and like other entrants, also has a firm history in the industrial sector.

From the 15th century onward it was known as England’s centre of woollen manufacture.

Top things to do in the area include a visit to Piece Hall and the Children’s Museum.

But many who visited the area claimed in might be difficult for those who don’t come from Halifax to communicate with the locals, as one claimed they ‘speak in grunts’.

Another added: ‘It came as quite a shock when the locals began inspecting and touching our clothing. I think it was the first time they had seen anyone without tracksuit bottoms and food stained hooded tops’. 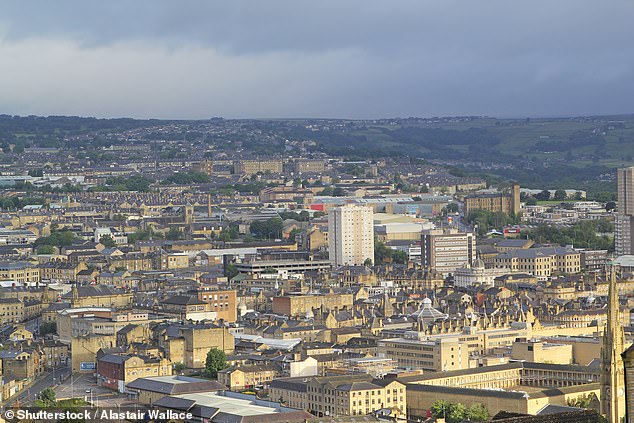 Halifax (pictured) was new to the list this year and like other entrants, also has a firm history in the industrial sector.