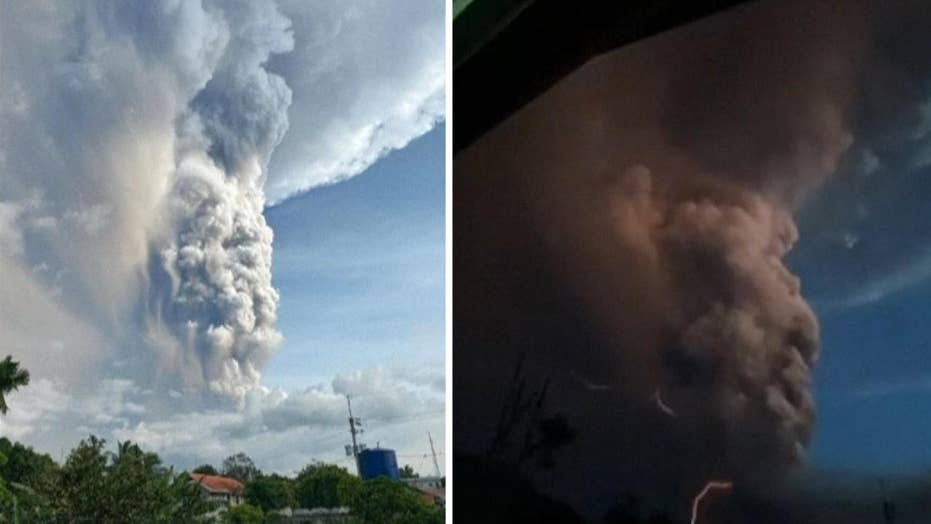 Raw video: Small volcano erupts near the Philippine capital of Manila sending a massive plume of ash and steam into the air. Rare display of volcanic lightning was visible as night fell.

A volcanic eruption in the Philippines that's caused tens of thousands of people to evacuate is also creating a stunning display in the sky.

The Taal Volcano, located about 37 miles south of Manila, began erupting Sunday, forcing the shutdown of the country's main airport until ashfall eased by Monday. The Philippine Institute of Volcanology and Seismology said in an advisory that 144 volcanic earthquakes have been reported since the initial eruption, with 44 quakes strong enough to be felt in nearby communities.

The volcanology institute also said that steam-laden plumes over a mile tall were still being generated by the erupting volcano, bringing heavy ashfall. Images and videos from the scene showed a massive column of smoke and ash rising into the sky. 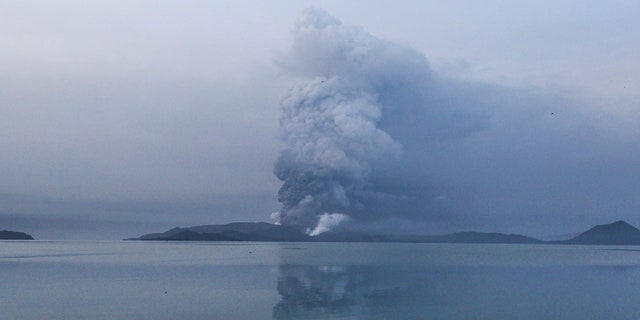 As night fell around 6 p.m. on Sunday, an impressive display of rare volcanic lightning was also seen. So what is volcanic lighting?

How a volcano creates lighting

When sparks fly during a volcanic eruption, it has everything to do with physics above as opposed to the tectonic activity down below. 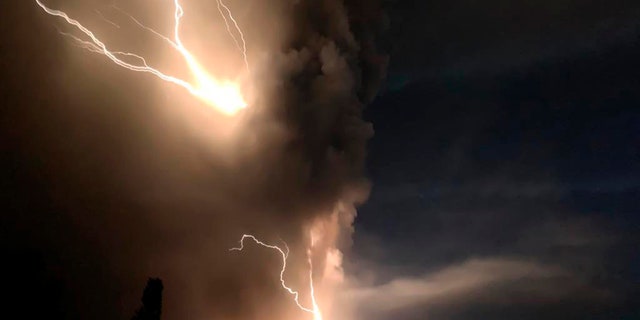 In order to get lightning during a volcanic eruption, there needs to be a thick plume of volcanic ash that allows a large charge separation between two masses.

"If the charge separation becomes big enough it is then able to overpower the air resistance, create a path of ionized air, and conduct electricity in the form of lightning," according to geologists at Oregon State University. "The ash that is to be erupted begins as electrostatically neutral rock or rock fragments." 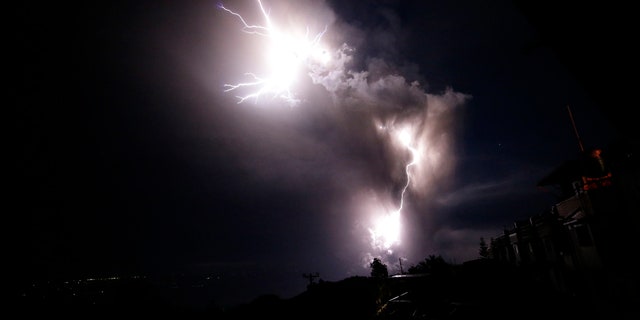 Heat and movement within a volcano is the first source of particle charging, but ash particles usually acquire a charge by friction from the violent movements of being blasted out during a volcanic eruption.

"Think of skidding your socked feet rapidly across the carpet or rubbing a balloon quickly against your head. The same type of charge is accumulating within the ash cloud, only on a much larger scale," researchers at Oregon State note.

Volcanos that typically lack a thick volcanic plume, like those in Hawaii that have more lava than ash, rarely have volcanic lightning, according to National Geographic.

When a volcanic eruption is underway, location is directly related to where any lightning bolts may be spotted. 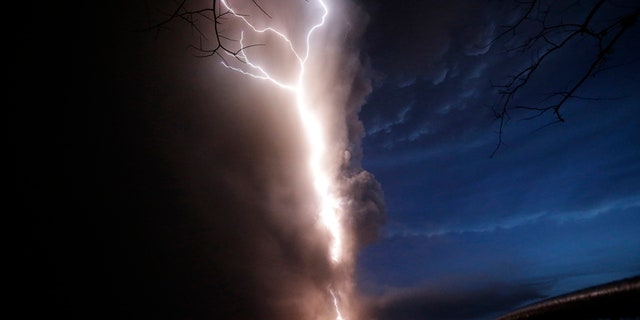 According to the United States Geological Survey, lightning discharges are commonly associated with the formation of ash plumes during a volcanic eruption, particularly those that are "explosive."

As the ash plume rises into the sky, there are three regions of the plume where lighting discharges are likely to take place. Those areas include immediately above the vent of the volcano, in the column of ash that may extend several miles into the sky, and in the downwind plume of ash from the eruption as the column spreads out sideways.

"Lightning is the primary cause of unscheduled interruptions for most overhead power transmission lines and is a major cause of faults on typical overhead distribution lines," according to the USGS. "Increased lightning discharge activity during volcanic eruptions, therefore, poses a heightened lightning hazard to power generation sites, substations, and transmission and distribution lines."