Pictured: Delivery driver, 48, stabbed to death in north west London as police hunt knifeman who had also attacked another victim 10 minutes before

Police are on the hunt for a knifeman who stabbed a delivery driver to death after attacking another victim just 10 minutes before.

Leon Street, 48, was murdered near the home he shares with his fiancee in Brent, north west London, on January 11 at about 9.30pm.

Police arrested two men, aged 47 and 33, on the same night but released them without further action.

The 47-year-old was the victim of the earlier stabbing – he was taken to hospital and has since been discharged.

Mr Street, who worked as a delivery drier, was a father and step-grandfather.

Officers attended the scene on Neasden Lane North along with paramedics and found Mr Street suffering stab injuries. Despite the efforts of emergency services, he died at the scene. 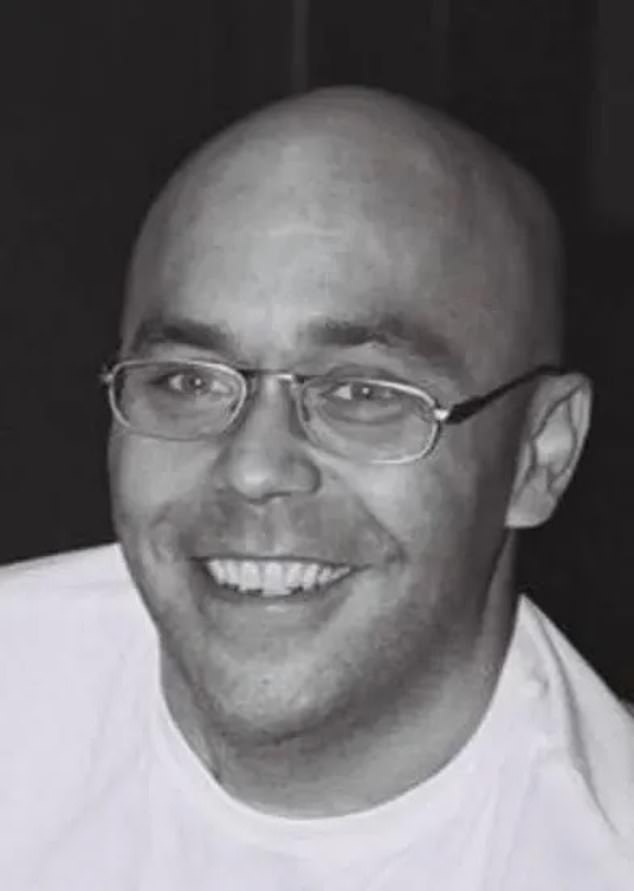 Leon Street, 48, was murdered near the home he shares with his fiancee in Brent, north west London, on January 11 at about 9.30pm

The victim’s next of kin have been notified and are being supported by specialist officers.

A post-mortem examination held on January 13 gave cause of death as stab injuries to the chest.

Homicide detectives are linking the fatal stabbing to another attack around ten minutes earlier on Neasden Lane near the bus stop close to the junction with Press Road.

The victim was stabbed by a lone male who ran away from the scene. The male victim was taken to hospital for treatment and has since been discharged.

At this stage, detectives believe that both attacks were committed by the same, lone male suspect. They are not releasing a description of the suspect at this time.

Detective Chief Inspector Tom Williams said: ‘This is a murder investigation, and I am working with a dedicated team of detectives to get answers for Leon’s grieving family. 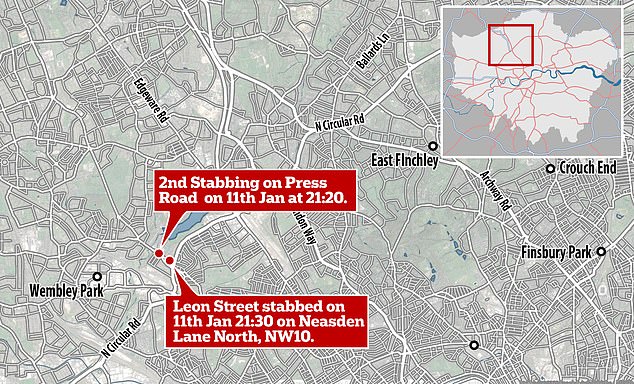 ‘We are making progress and following up a number of lines of enquiry, and our investigation is receiving really useful support from local people in and around Neasden.

‘However, there are others who may have information that could help us. We may be in lockdown, but there were still people around Neasden Lane North on Monday evening who saw or heard something suspicious. I need those people to come forward.

‘In particular, I want to hear from anyone who saw a man running in the Neasden Lane North area between 9pm and 10pm, and indeed from anyone who has seen a man hanging around the area in recent weeks.

‘It is my belief that the suspect lives locally, and I am asking local people to get in touch if they know anyone who was acting suspiciously on Monday and in the subsequent days – for instance do you know anyone who has been disposing of clothes or simply seeming agitated for no apparent reason?

‘Officers are making extensive CCTV enquiries, and I am confident that together with information from local people, we are piecing together what happened on Monday night.

‘If you have information that may assist, please do not delay in making contact with us. Even exceptionally small details could prove extremely significant.’

Anyone with information should call police on 101 or Tweet @MetCC quoting 6783/11JAN.