Pictured: Man on beach just before he drowned saving nephews and niece

A woman today told how her hero brother sacrificed his own life by letting go of her after saving his two nephews and a niece from a fierce riptide.

A group of youngsters had been playing in shallow water close to Rockley Point in Poole, when they were dragged away out of their depth.

Callum Baker-Osborne swam out and saved the three young children but he was left exhausted and clung on to his sister Samantha Osborne-Ward for help, an inquest heard.

In doing so, he risked drowning them both so he let go, allowing his older sibling to reach safety.

The 18-year-old disappeared under the water and drowned. His body was found four days later. 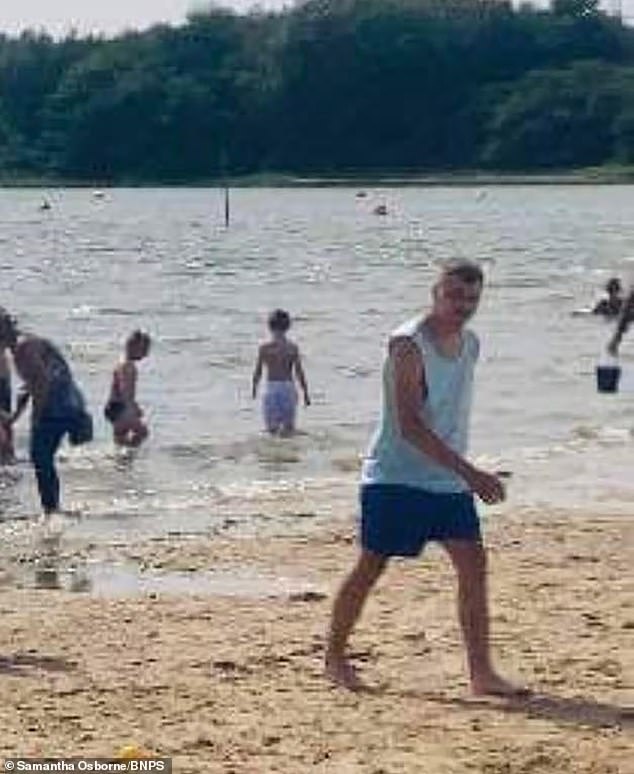 Callum Baker-Osborne pictured on the beach near Rockley Point, Poole, minutes before he drowned saving his two nephews and niece 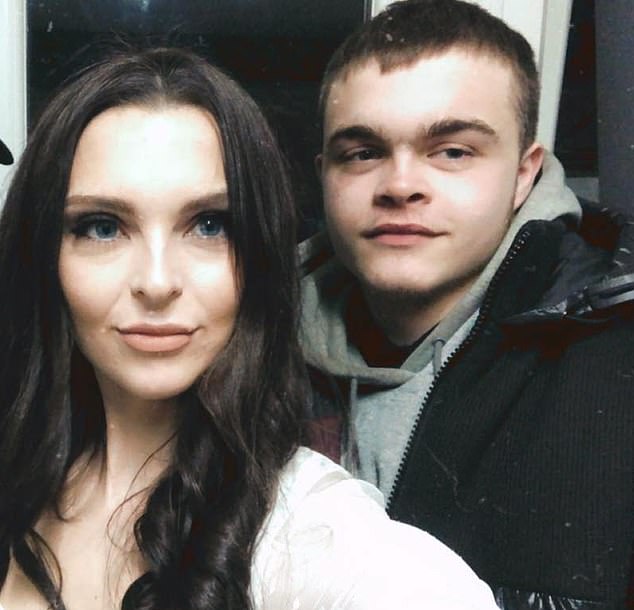 Callum Baker-Osborne was exhausted after swimming to rescue the three young children and clung to his sister Samantha Osborne-Ward (pictured together), but he let go quickly as he risked drowning them both 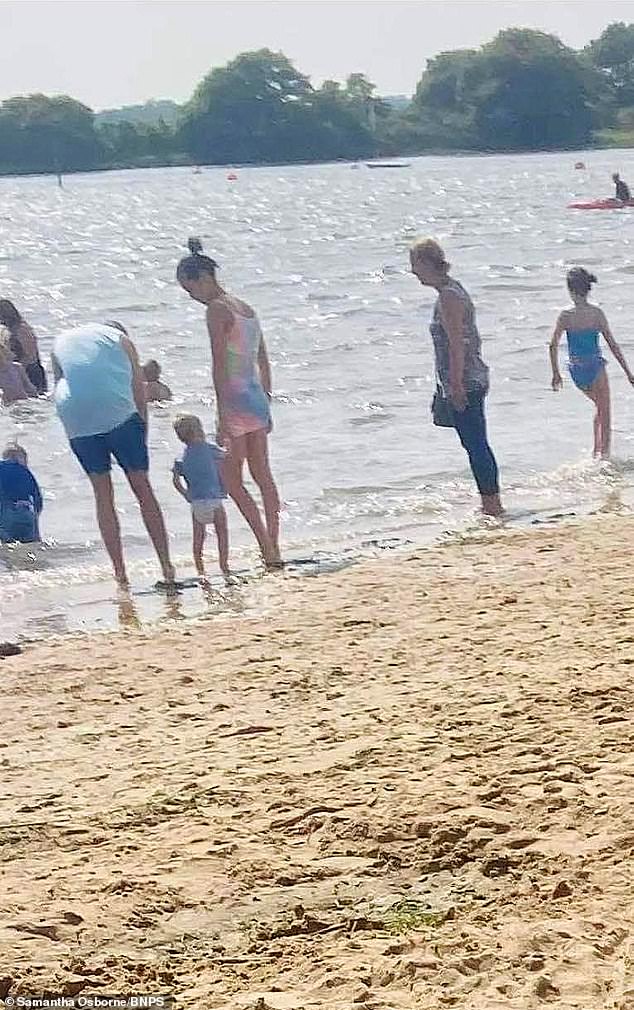 Today, at the start of an inquest into his death, Callum’s family released poignant photos of him on the beach with one of his nephews just minutes before the tragedy occurred.

The incident happened on the afternoon of July 26, 2021, after the extended family from Coventry, Warwicks, arrived on a last minute caravan holiday to Haven Rockley Park in Hamowrthy, Poole, Dorset.

It was ‘meant to be the nicest weather of the holiday’ and some of the 30 family members went straight down to the beach near Black Bridge for a paddle in the sea.

But an ‘incredibly strong wave’ knocked everyone into the water, prompting Callum to dive in to help his eight-year-old nephew Byron.

He then helped Cameron, another of his nephews, get above the water before hearing his sister Samantha’s shout for help as her seven-year-old daughter, Aurora, was being dragged away.

Callum powered through the water, exhausting himself and lifted Aurora above his head and to the safety of a rescue boat.

The current brought him and Samantha together and he clung to her for help.

When they went under again she told him that she was drowning and he instantly let go. 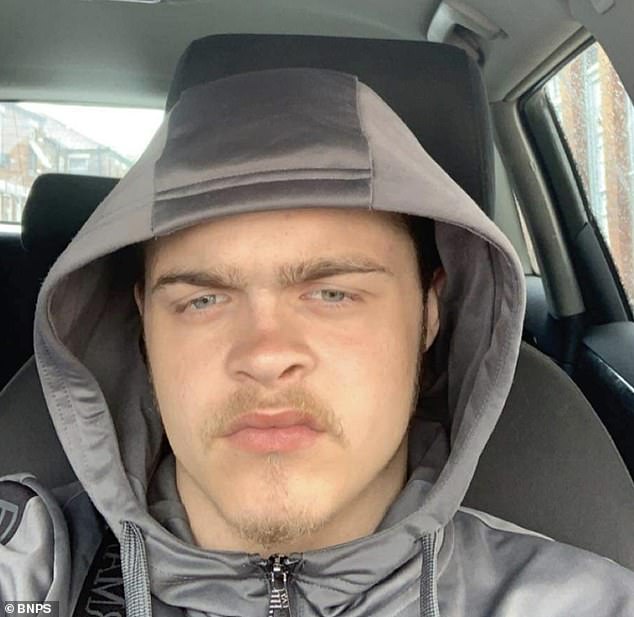 Tragedy occurred after an ‘incredibly strong wave’ knocked Callum and his family into the water, prompting him to dive in to help his young nephew Byron 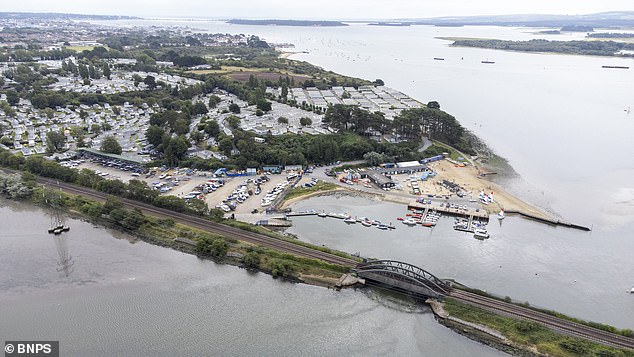 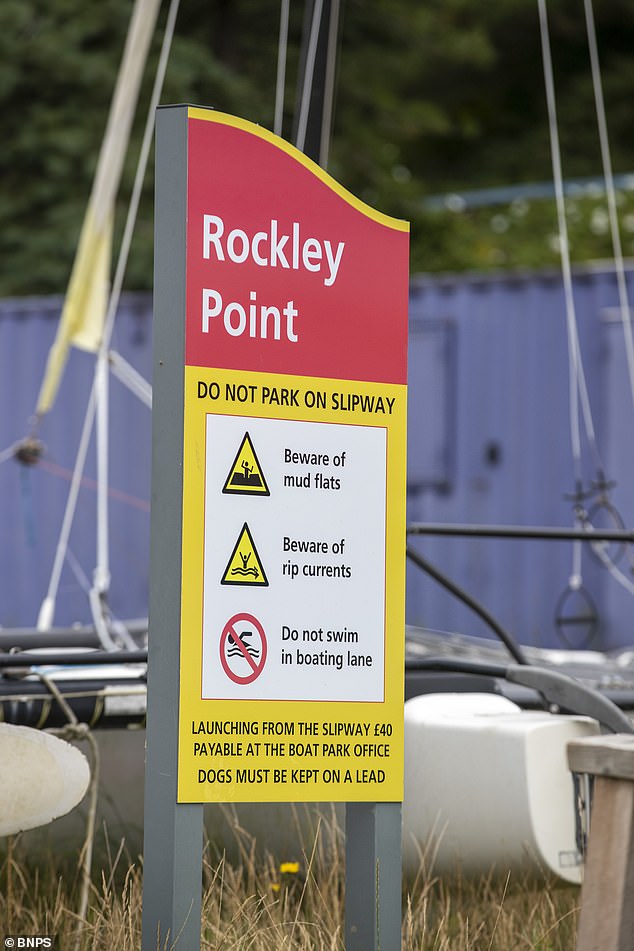 A warning sign by the beach at at Rockley Point in Poole Harbour, Dorset

The Bournemouth inquest heard that Cameron, who was 5ft 5ins tall, was a keen swimmer and very fit at the time from rugby training twice a week.

Samantha Osborne-Ward told the hearing how excited Callum had been to go to the beach and take the children swimming.

She said: ‘I was up to my knees in the water near my mum and some of the kids were enjoying walking along.

‘Aurora got scared and asked to go on my back and Kylan was in front of us kicking water.

‘I remember turning around and seeing Callum diving towards Byron, then a sudden big gush of water tugged us under.

‘It was the biggest blast, we all got wiped out and then we struggled up. The first thing I saw was Aurora out in the water drowning and alone.

‘I screamed for someone to help. 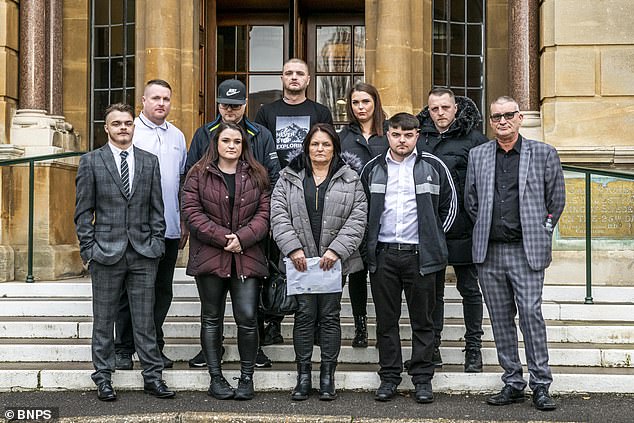 ‘Callum was helping Cameron (his nephew) and I knew he was the strongest swimmer so I called for him to help.

‘He was struggling to get to Aurora because the water was pushing him towards me.

‘I was trying to get over to help her too and I was also holding Nalla who was screaming.

‘I saw Callum pushing Aurora up out of the water and into the air telling her to breathe.

‘He drifted towards me and he held onto me for help, he was exhausted.

‘I told him he was drowning me and he instantly let go.

‘I went under the water again and this time he didn’t come back up with us.’ 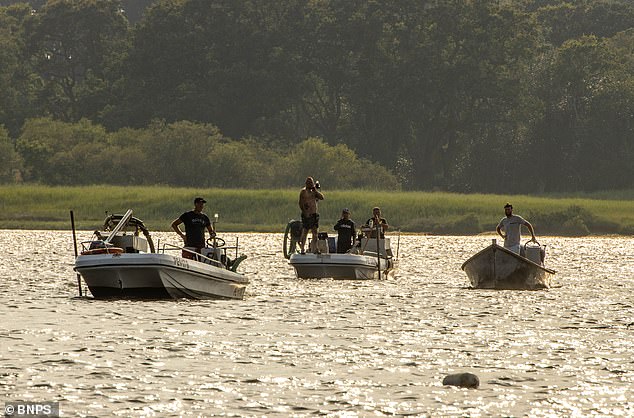 Mrs Ann Marie Osbourne, Callum’s mum, was in the water trying to help eight-year-old Byron moments before the riptide struck.

She said: ‘I was just helping Byron out of the water, he’d gone under earlier so I thought I’d take him back to shore.

‘Then Imogen (another eight-year-old) hit my back with some force, she came out of nowhere.

‘I could hear her saying “don’t let me drown”.

‘I had Byron on one arm and Imogen on the other and suddenly the floor was gone.

‘I was just trying to keep them both above the water, I was being pushed around in a spiral.

‘I couldn’t understand what was happening. I had given everything I could.

‘I passed the kids to Patrick who had come to help and the next thing I knew I was on a boat and someone was telling me to breath.

‘All I could think was where was Imogen?

‘Both those kids were incredibly brave, they kept me going.’

A massive air and sea search was launched to find Callum. His body was found in the water at Lake Pier in Hamworthy, on the morning of July 30.

A post mortem examination confirmed he died from drowning.

In the wake of the tragedy, Callum’s family have called for the beach at Rockley Point to be closed due to the notorious riptide there.