POLICE and the Royal Navy bomb squad have been called to a street in Plymouth after a “grenade” was found in a garden.

Residents are being urged to take cover, while neighbours close to the scene in Manadon have been evacuated from their homes. 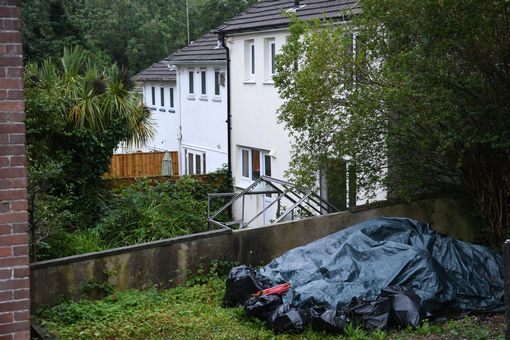 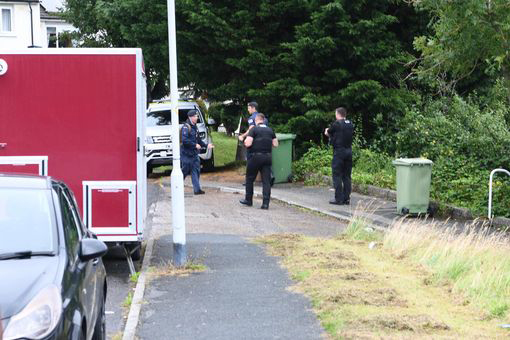 Police have cordoned off the scene where a suspicious-looking "rusty and corroded" object was found at 11.02am this morning.

Andy Sims, who lives next door to where the grenade was discovered told PlymouthLive: "So Plymouth Community Homes knocked on the door this morning first thing, said look, we're going to be doing some work on the bushes.

"I've got work at two so we were just sort of chilling out with the baby. Next thing, they've come running out, the police have all sort of turned up.

"We got a call from my mother-in-law to say there's loads of police around the corner.

'GRENADE IN THE GREENHOUSE'

"The next thing I know, one of the police officers came down and knocked on the door and said look we've found something, we advise you to evacuate.

"He said is there anywhere you can go and I said yeah we can go opposite to my mother-in-law's house. So yeah, a grenade had rolled out of the greenhouse.”

Cops have now revealed that the property had been empty for some time and that Plymouth Community Homes were at the home to clear it out.

They discovered the devices after they were removing rubbish from the greenhouse and it rolled across the floor.

Andy added: "It was a bit of a weird one because you realise you were sat metres from it, you know.

"It's just a case of waiting now, because they said if it goes, the windows would go through and everything. I think we're just waiting for the bomb squad to turn up really."

A police spokesman said: “We would urge drivers to try and avoid the area as there will be a number of police and emergency vehicles parked up.

“We would very much ask for residents to stay indoors and as an added precaution stay away from windows if possible. We are grateful for everyone's patience at this time."