Police put 'ring of steel' around Windsor and Buckingham Palace

Police will be putting a ring of steel around Windsor for Prince Philip’s funeral this weekend.

Specialist officers and sniffer dogs have been searching phone boxes, post boxes, drains and bins as part of the operation.

Thames Valley Police said it has put a range of visible and covert security measures in place for Saturday, when the duke is to be honoured with a ceremonial royal funeral at St George’s Chapel.

These include automated number plate checks, CCTV and barriers to prevent attacks using vehicles, as well as armed and mounted officers on patrol.

And experts say GCHQ could even be listening in to ‘chatter’ around the world online and on phones, looking out for any spikes in conversations about the funeral.

This comes as Scotland Yard steps up patrols as revellers get set to flock to pub gardens and activists descend on the Capital for another ‘Kill the Bill’ protest. 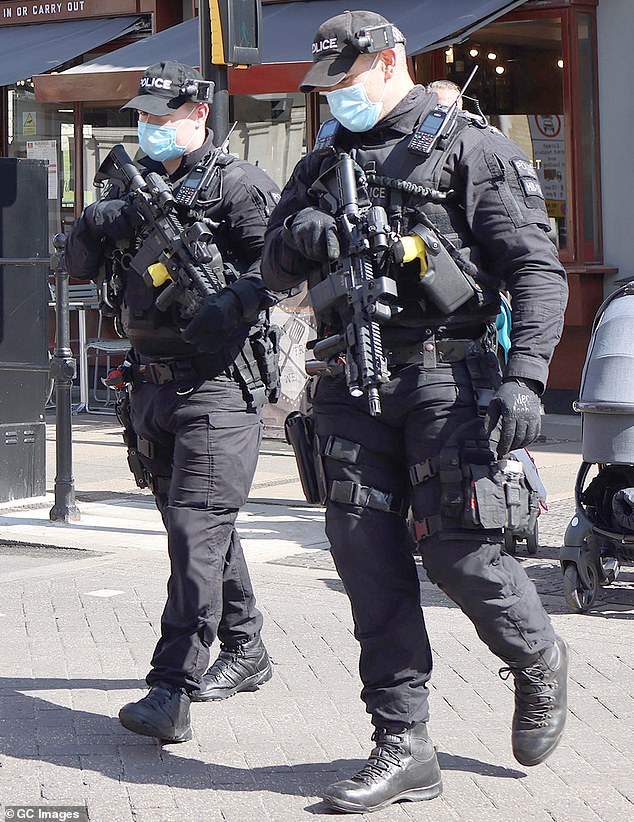 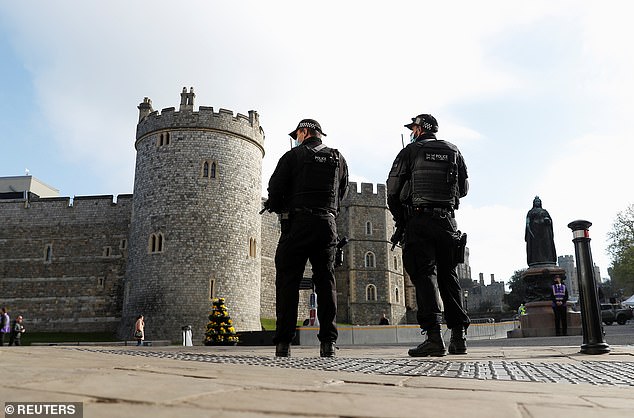 Officers will also be patrolling Buckingham Palace and Westminster for the Duke of Edinburgh’s funeral.

Police have asked the public not to gather by royal residences, to avoid meeting in large groups, to minimise travel and to make a donation to charity instead of laying floral tributes.

Patrols were also being carried out in Windsor town centre, the Long Walk and Home Park.

Crowds are being urged to stay away from Windsor and only a small number of guests will attend the service, with even the Prime Minister stepping aside to make way for an additional family member under the tight rules on numbers.

Funerals of senior royals are years in the planning, with each operation named after a different bridge. The Queen is thought to be London Bridge and the duke is Forth Bridge.

The security operation will focus on preventing risks and ’embarrassment’, particularly controlling unauthorised access to the castle.

But police and security services will be alert to any incidents that could prevent a threat – from accidents, public disorder and crime to terrorist attacks.

The potential for knife attacks, shootings and the ability to plant bombs will all be considered.

But officers may be particularly ‘alive’ to threats drones could pose in disrupting or attacking the ceremony and can draw on technology to try to scupper their flight path or even call in the military.

Richard Aitch, director of operations for firm Mobius International, which offers security services for governments and private companies, said there could be a focus on covert tactics to avoid overshadowing the sombre mood of the day.

He believes that even in a pandemic, the security operation for an event like this would be ‘huge’, with the cost running ‘into the millions’.

It could also involve GCHQ listening in to ‘chatter’ around the world online and on phones, looking out for any spikes in conversations about the funeral, while vetting would be a ‘huge aspect’ of the arrangements, he added.

The widespread use of face masks amid the pandemic may present challenges to police as they make it harder to identify people, he warned.

Scotland Yard will also be putting more officers on the streets as the country gets set to enjoy the first weekend of relative freedom. 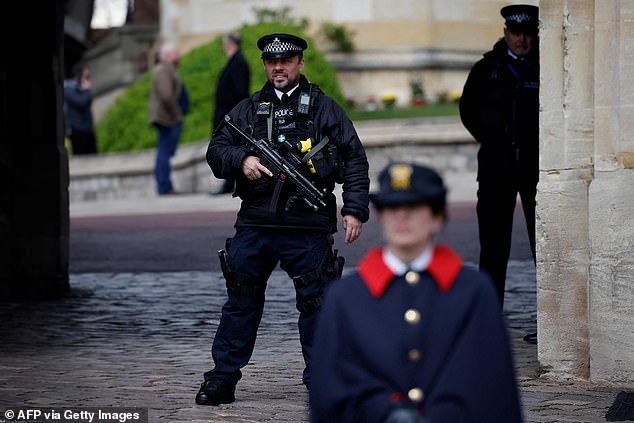 The Metropolitan Police said it anticipates a busy weekend as pubs open for the first weekend since December.

More officers will also be out across London for Prince Philip’s funeral.

The force said in a statement: ‘Saturday is a significant day for the nation, as His Royal Highness The Duke of Edinburgh is laid to rest in Windsor.

‘While this event is not in London, the Met has had a protective security operation in place in the vicinity of Westminster and Buckingham Palace to keep people safe and to deter criminal activity. This highly visible policing operation will continue through the weekend.

‘On Saturday afternoon, the Met is aware that a number of people are set to gather in central London as part of a demonstration. Gathering for the purpose of protest can be permitted under the current regulations.

‘However, a risk assessment must be completed which sets out how the gathering will be safe and minimise the risk of those taking part transmitting Covid-19.’