Gangs are swapping mopeds for e-bikes and disguise themselves as commuters to sneak up on victims and snatch phones and watches, police warn

Criminal gangs are choosing to use ‘quieter’ e-bikes as their getaway vehicles and wear brogues over trainers as they attempt to blend in with crowds, police officers have revealed.

The new tactics, which sees criminals attempting to pose as commuters, comes amid a police crackdown on rising moped thefts in London in recent years.

Met Police officers explained they have seen criminal groups ditch the traditional motorised vehicles and instead opt for ‘quieter’ e-bikes that can cost up to £3,000.

The Telegraph reports these e-bikes are stolen by gangs before they are modified, allowing them to travel both on and off road at speeds exceeding 35mph.

The criminals then drive around in small groups, snatching up to 40 phones every day from the hands of unwitting pedestrians at their peak.

The Met has since launched the Look Up and Look Out campaign to help commuters who are returning to their normal routines recognise the tactics used by the gangs. 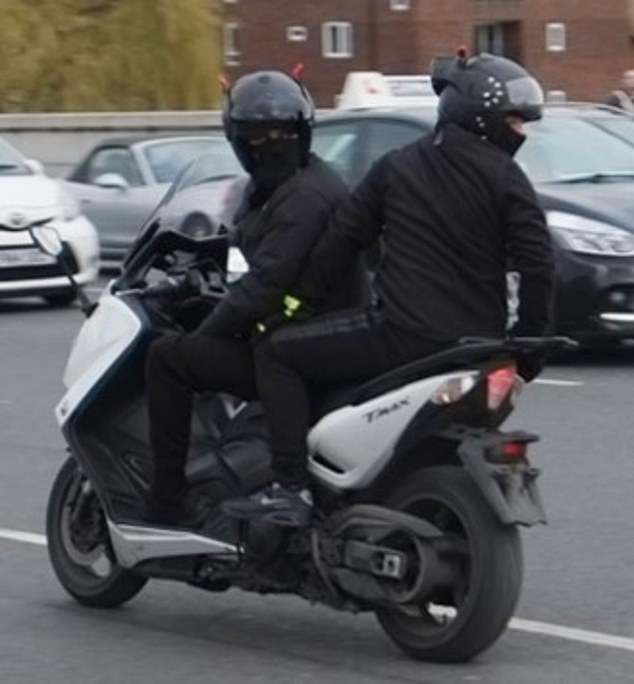 Met Police officers explained they have seen criminal groups ditch the traditional motorised moped and instead opt for ‘quieter’ e-bikes that can cost up to £3,000

Police Sergeant Clem Jones said: ‘When we started tackling this problem, there were a lot of criminals that thought the crime had no risk, just a lot of reward – then we came on the scene.

‘They make themselves look like early morning commuters. They know what they need to wear.

‘They try to make out like they are normal people, sometimes with high-vis jackets on to look like builders.

‘We are aware of it and we are developing tactics to keep up with them. We have to evolve.’

During the surge in moped enabled crimes in 2017, yobs on scooters were targeting pedestrians and snatching phones, wallets and anything else they could get their hands on.

At times, crafty criminals would remove their helmets in a bid to throw off pursuing police vehicles, who would not chase them due to health and safety concerns.

In other instances, they would throw their helmets at police officers’ windscreens or dart down no-entry roads which would prevent pursuit.

Specially trained ‘scorpion’ officers from Operation Venice – the taskforce set up to tackle moped thieves carrying out robberies and phone snatches were given new high-powered motorbikes last January to help cut down on crime in the capital.

But with lockdown restrictions ending and commuters expected to return to offices in London in the future, there are fears of new tactics being used by criminal outfits. 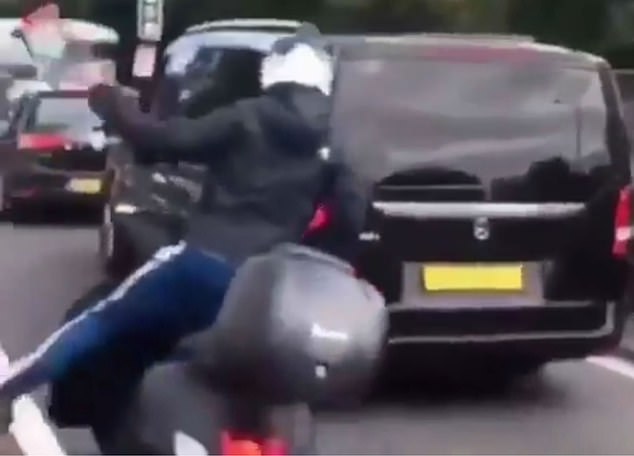 During the surge in moped enabled crimes in 2017, yobs on scooters were targeting pedestrians and snatching phones, wallets and anything else they could get their hands on

Detective Chief Superintendent Lee Hill, who heads up Operation Venice, said: ‘Tackling violence in all its forms is our absolute priority.

‘We want to send a clear message to anyone who thinks it’s OK to steal from our communities that it will not be tolerated.

‘Officers will be out on motorcycles and using specialist tactics to target offenders.

‘Many of us walk around looking down at our phones and often people have other valuable items, such as headphones, on the go too.

‘We are urging people to be more vigilant and aware of their surroundings. Please look up and look out.’