LOS ANGELES — Police say social media may have been a factor in the fatal shooting of rapper PnB Rock during a robbery Monday.

The rapper, whose real name is Rakim Hasheem Allen, was killed at Roscoe’s House of Chicken ‘N Waffles after a photo was posted on his girlfriend’s Instagram account that included their location.

The post, since deleted, has not been verified by NBC News. It wasn’t clear if the location was spelled out, geotagged or assumed, given the well-known dishes served at Roscoe’s House of Chicken ‘N Waffles. 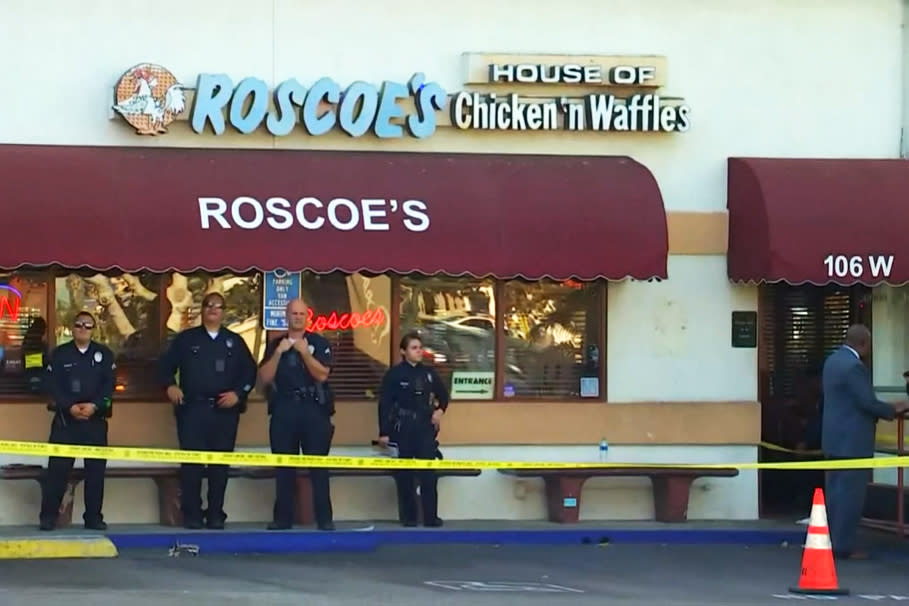 There have been no arrests of suspects identified in the rapper’s slaying.

Cybersecurity experts caution against “oversharing” by including your location.

“When you post personal information on social media you make yourself, your loved ones and even your physical belongings a target for local and online criminals,” it warns in a briefing.

The police chief said an “extensive amount” of jewelry was taken from PnB Rock in Monday’s robbery, though he did not detail the items.

Hours before the shooting, PnB Rock published a video on Twitter that showed him smoking and flashing a jewel-encrusted watch that appeared to be an Audemars Piguet Royal Oak.

The brand has been a favorite of younger hip-hop stars, who have recorded countless shoutouts to the maker. 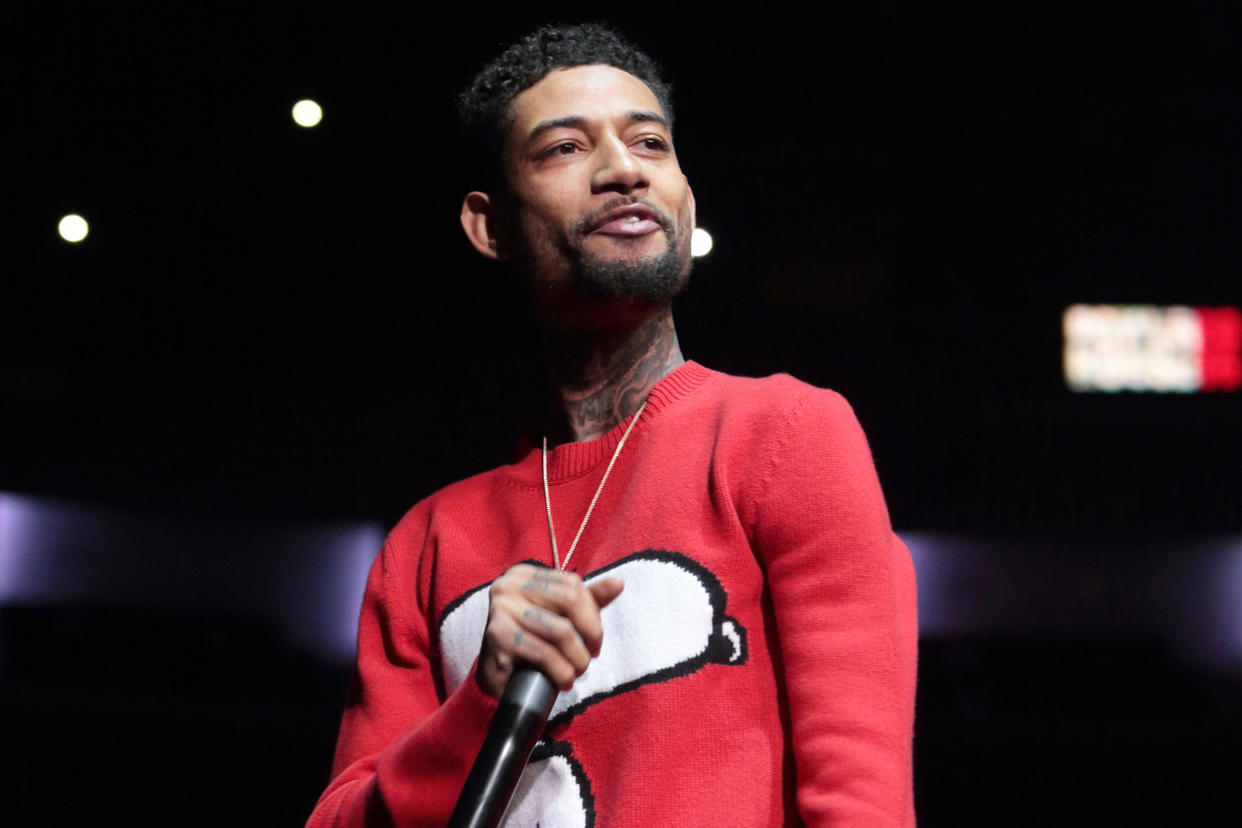 In July, the LAPD warned residents and visitors to “be cautious” when wearing flashy jewelry after a number of robberies in which victims were followed home from upscale restaurants, nightclubs and boutiques.

Some of the street robberies have been captured on security video, further alarming a city that has seen robbery increase 18% since this time in 2020.

Among the more shocking examples was a noontime robbery in April in which the victim was followed leaving a downtown jewelry store. Someone trailing her vehicle tried to smash her car window while she was stuck in slow traffic, the LAPD said.

The woman ran, but she was chased and hit, police said. She fought off her attackers until one of them retrieved a handgun, at which point, she immediately took off her watch and handed it over, they said.

On March 4, three gang members robbed a man at gunpoint as he dined outdoors in Beverly Hills, prosecutors said. They took his Richard Mille watch, said to be worth $500,000, but as a struggle ensued, a gun went off striking another patron in the leg, authorities said.

Three men have pleaded guilty in that case.

The collector and content creator behind YouTube’s SoCal Watch Reviews, known as Miguel, says he’s uneasy wearing his watches out.

“The recent robberies make me personally feel very uneasy about wearing my watches,” he said by email. “Furthermore, being a public figure in the social media space makes it 10 times worse. I need to be very careful about what I say and show people.”