A householder had a lucky escape after a Porsche Boxster smashed through their front garden and became lodged in the living room window.

The 2004 sports car, which has a top speed of 169mph crashed through the hedge and hit the front of the house in Farnham, Surrey.

Fire officers sealed off the road until the car was safely removed from the scene. 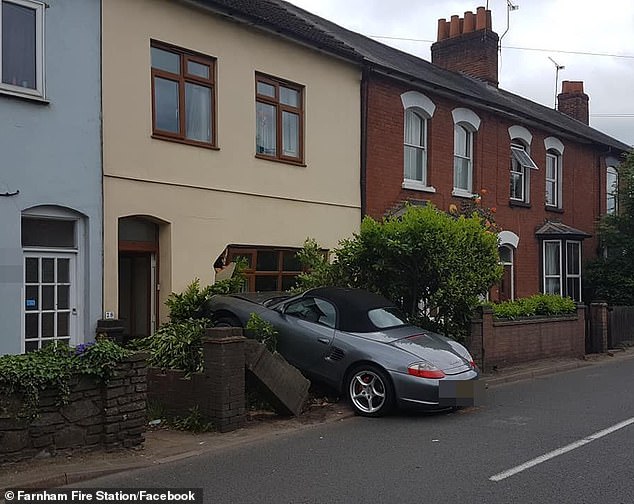 The 2004 Porsche Boxster crashed through the front garden of a house in Farnham, Surrey on Friday morning causing significant damage to the property. Luckily no one was injured in the accident 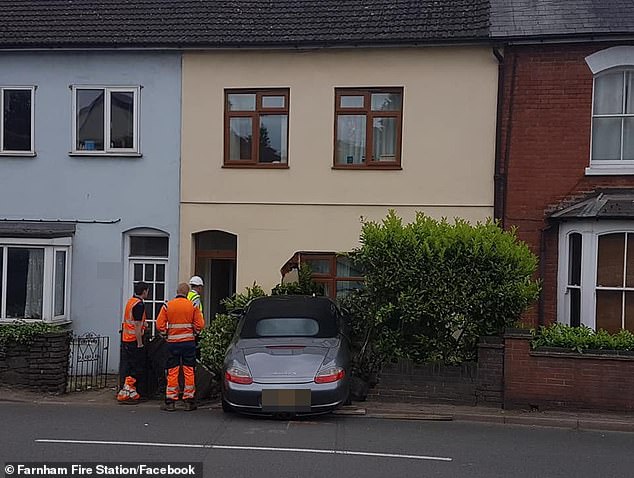 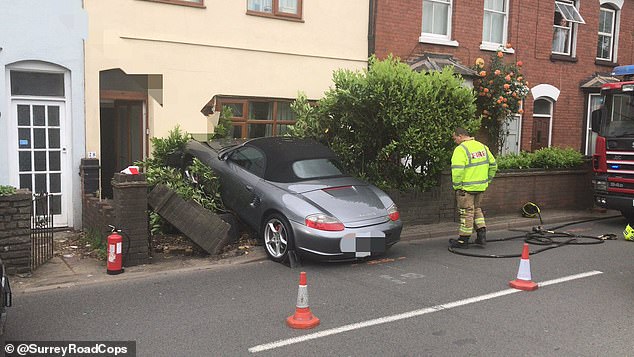 Surrey Police are currently investigating the cause of Friday’s accident, pictured

Police said fortunately nobody was injured.

The Porsche’s 3.2litre, 280hp engine is capable of hitting 60mph in a little over five seconds.

The crash happened on Friday morning.

A spokesman for Surrey Police said: ‘We were called after a grey Porsche Boxster collided with the side of a house in Guildford Road, Farnham.

‘No one was injured as a result of the incident.

‘However, it resulted in significant structural damage to the building.

‘Then recovery can be started on the vehicle. No injuries to the car driver or house occupants.’

Farnham Fire Station tweeted: ‘Have been dealing with an RTC with Waverley Beat, Surrey along Guildford Road, Farnham since this morning.

‘Fortunately no one was injured.’