Pound nosedives against dollar amid reports parliament to be suspended

The pound plunged as it emerged Boris Johnson is set to ask the Queen to suspend Parliament just weeks before Brexit.

Sterling dropped across the board against other top global currencies and fell by more than one cent to $1.219 after reports circulated of the government’s plans.

Experts said the pound had ‘fallen off a cliff’ and was its worst performance since late July, and among its worst this year. At 10am the euro was at 0.9102 pounds.

Any indications suggesting that a no-deal is becoming more likely sends the pound sinking.

Naeem Aslam of Think Markets says they could be further losses, if the Queen agrees to suspend parliament. 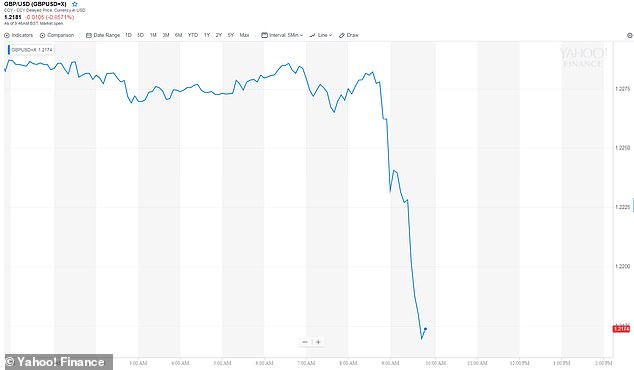 Sterling dropped across the board against other top global currencies and fell by more than one cent to $1.219 after reports circulated of the government’s plans

He told The Guardian: ‘Sterling has fallen off the cliff as investors have become increasing anxious about the Brexit chaos.

‘Boris doesn’t want anyone to stop his plan of no Brexit and if the Queen approves his request then there is only his way or the highway.

‘The ride on this highway is going to be more turbulent than ever and British politicians do not realise this. They have made a circus out of Brexit.

‘For speculators, the focus is going to be on one thing only: is the Queen going to approve the request. If she does then expect a major deeper sell off for sterling.’

Under prorogation plans to be approved at Balmoral today, MPs will not sit between September 9 and October 14, according to reports. 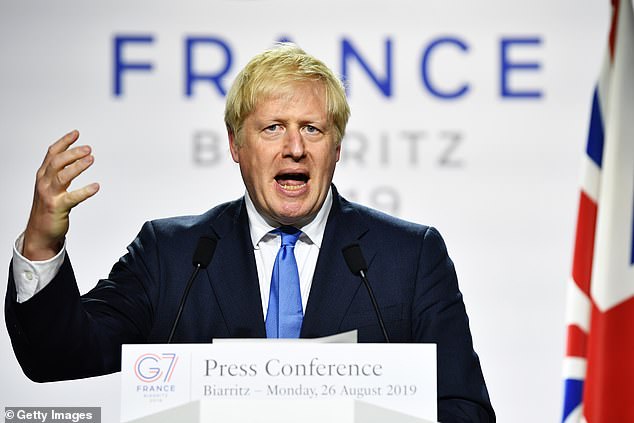 Boris Johnson (pictured) is set to ask the Queen to suspend Parliament just weeks before Brexit, in a move which may prevent MPs blocking a No Deal Brexit 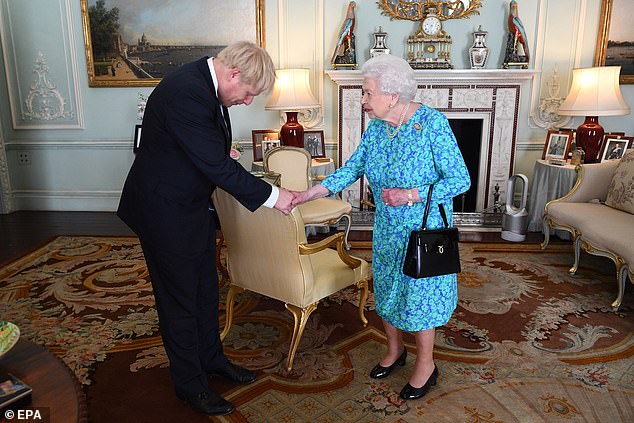 That will give MPs extremely little time to prevent a No Deal Brexit on October 31, despite cross-party efforts to pass legislation to do just that.

What happens now with the Brexit process in Parliament?

Today: Privy Councillors including Jacob Rees-Mogg, the Lord President of the Council, will see the Queen at Balmoral, it is reported.

They will ask her to prorogue Parliament from September 9.

September 3: Parliament returns from its summer recess, as planned.

September 9: If the latest plans go through, Parliament will be suspended again from this date.

Late September-early October: Party conference season. Labour members are gathering in Brighton while the Tories are in Manchester.

October 14: MPs return to Parliament and a Queen’s Speech is held in which the monarch reads out the Government’s legislative plans.

Opposition MPs may begin efforts to stop a No Deal Brexit but time will be extremely limited.

October 31: Britain is set to leave the European Union on this date. Boris Johnson has promised it will happen on October 31 with or without a deal.

November: There is speculation that the Government will hold a General Election after Brexit gets over the line.

The Government insists the move is a regular procedural step and called it a ‘bog standard Queen’s Speech process’ but opponents of Brexit immediately labelled it a ‘dark day for UK democracy’.

The Prime Minister has repeatedly promised the UK will leave the European Union on October 31, with or without a deal.

Just yesterday, cross-party talks led by Labour’s Jeremy Corbyn ended in a promise to stop a No Deal Brexit with new legislation.

That would require opposition MPs to seize control of parliamentary business – an unusual move, but one which has happened already during the Brexit process.

However, MPs cannot pass legislation if they are not sitting and the move to suspend Parliament will be seen as an effort to thwart the opposition plans.

Under the new timetable, they will sit for just a few days when the Parliamentary recess ends next week, before the session is prorogued.

Under the previous plans, Commons business would have broken off for the party conference season before MPs returned. The Tory conference finishes on October 2.

Now, time will be even tighter – and the pomp and procedure of the Queen’s Speech and State Opening of Parliament will use up some of that time.

Mr Johnson’s opponents accused him of committing a ‘constitutional outrage’ to prevent Parliament from stopping him.

Scotland’s First Minister Nicola Sturgeon said: ‘So it seems that Boris Johnson may actually be about to shut down Parliament to force through a no deal Brexit.

‘Unless MPs come together to stop him next week, today will go down in history as a dark one indeed for UK democracy’.

Labour MP and former Government minister Yvette Cooper tweeted: ‘Boris Johnson is trying to use the Queen to concentrate power in his own hands – this is a deeply dangerous and irresponsible way to govern.