THROUGHOUT his life Prince Philip was a man of action.

Whether playing sport or transforming The Firm – as he called the Royal Family – he had boundless energy and made things happen. 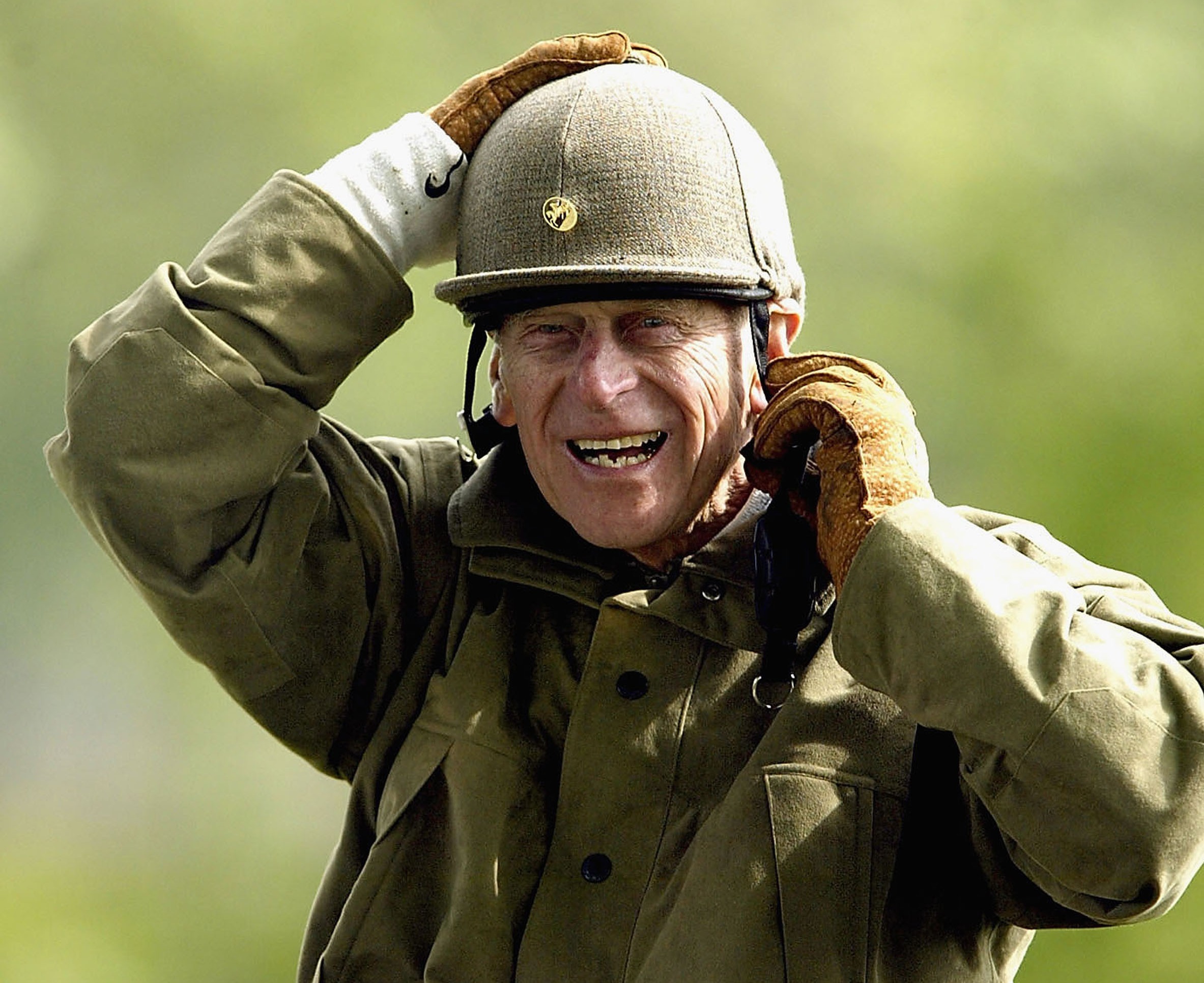 The royals have always loved sport from racing to huntin’, shootin’ and fishin’.

But Prince Philip went further than any royal ever before – he was a master of many sports including flying, sailing and a variety of horse sports.

In a remarkable seven decade balancing act he managed to combine his love of sporting derring-do with a hectic schedule of Royal duties — and excelled at both.

He took up the sport of polo on his two postings to Malta. His uncle Dickie Mountbatten, who was also in Malta at the time, introduced Philip to the sport which he would play for more than 20 years. 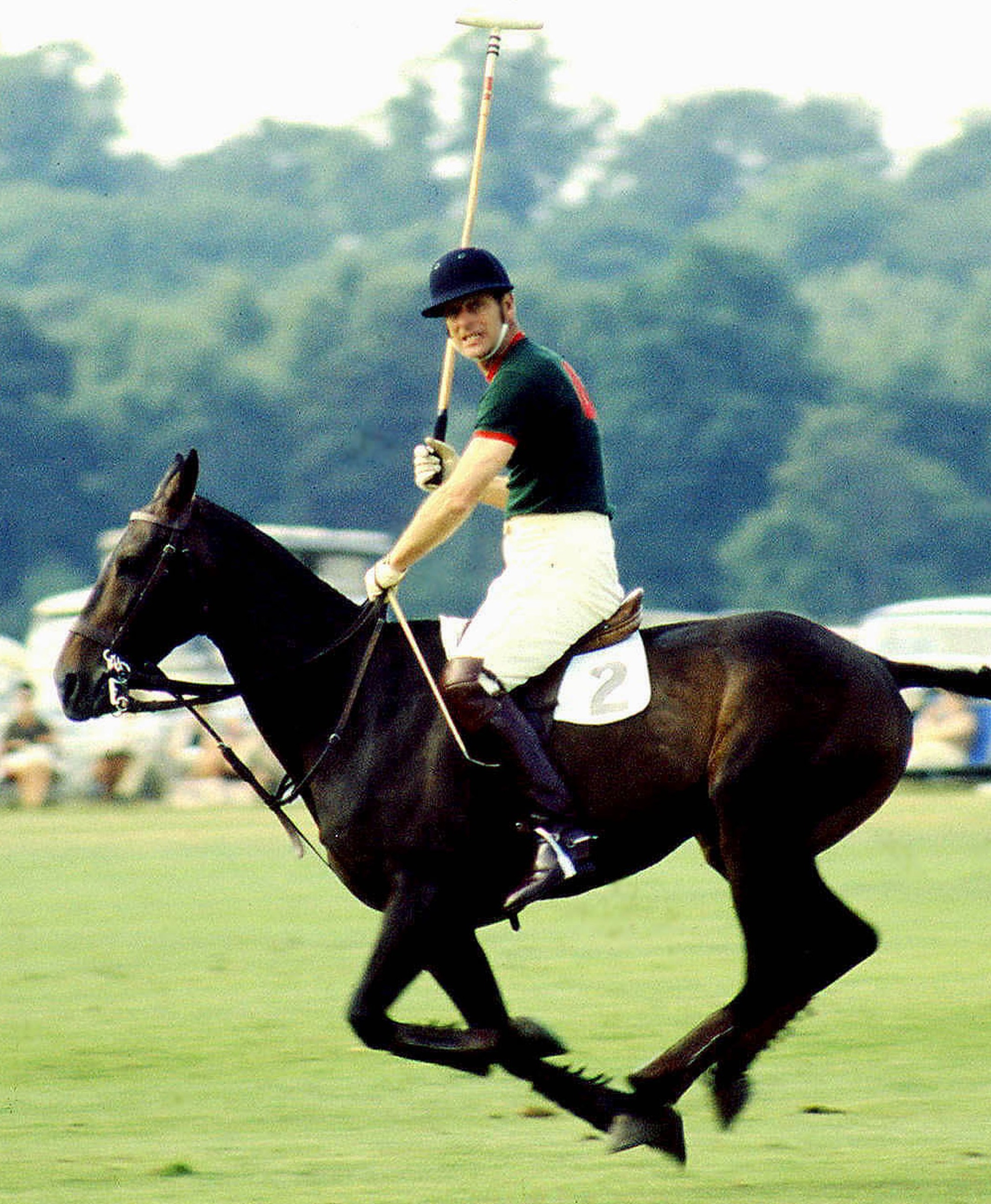 It became a passion he has passed on to Prince Charles and now to William and Harry.

illiam has his grandfather’s love of the fast and furious game, so much so that the young prince even took time out to play at a tournament in Gloucestershire on the day his wife Kate was due to give birth.

Polo is a sport notorious for the physical demands placed on riders who regularly suffer crashing falls and broken bones.

Philip finally retired from the game in 1971 when arthritis in his wrist affected his performances.

Like many injured horsemen who cannot totally give up equestrian sport, he devoted himself to carriage driving instead. 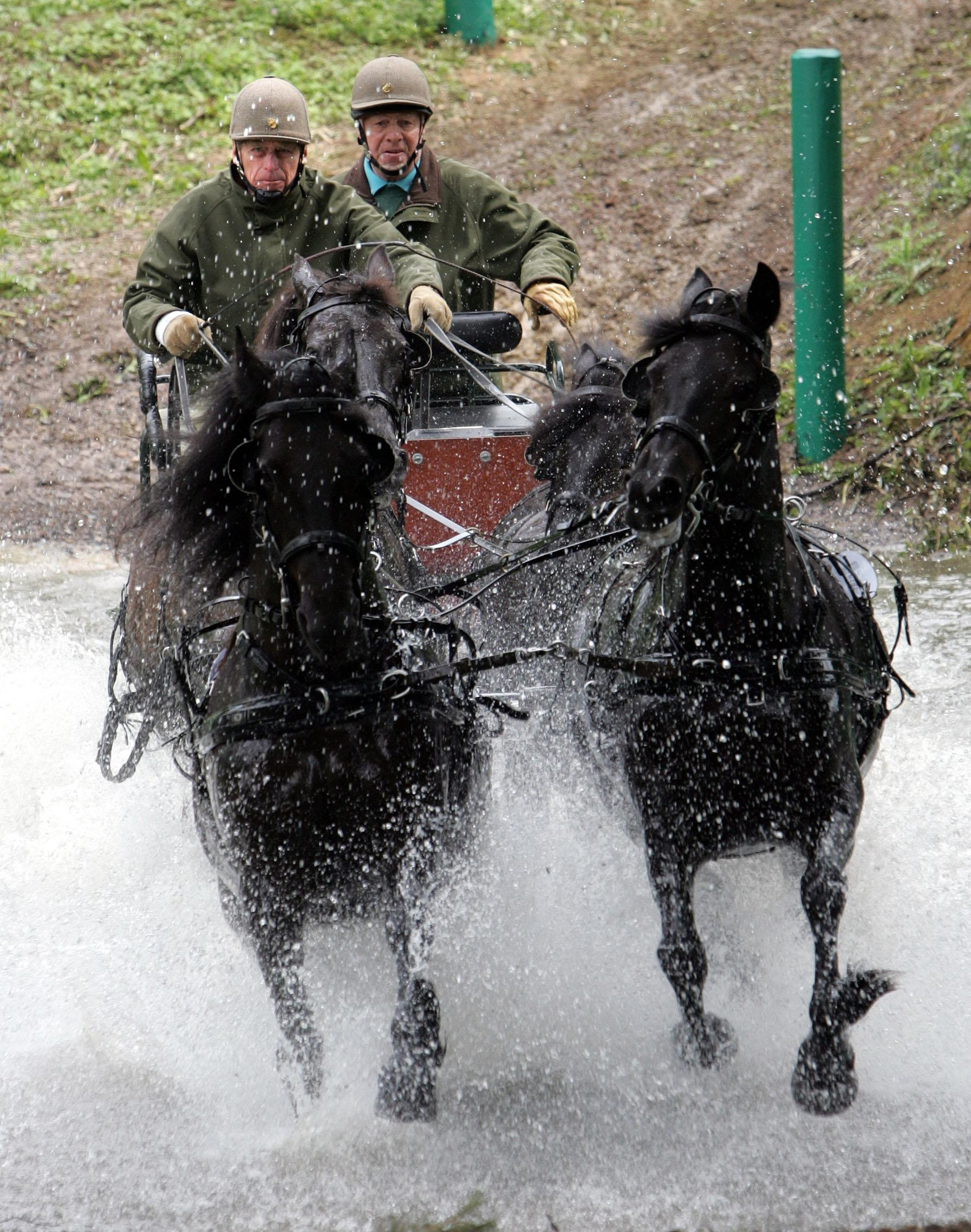 It was typical of his passion and commitment that he was soon representing Great Britain at the highest level alongside team mate George Bowman, a former scrap metal merchant and rodeo rider.

The Prince said: “If you’ve got a common interest, nobody cares a damn where you come from or who you are.”

He even took on the job of writing the sport’s rulebook – rules that still govern all horse driving trials throughout the world to this day.

Both he and the Queen encouraged Princess Anne to compete in three-day eventing. She won gold in the European championships and in 1976 became the first royal to represent Great Britain in the Olympics as part of the eventing team in Montreal.

And the Duke was among the capacity crowd at the Olympic equestrian venue in Greenwich in 2012 to watch his granddaughter Zara Phillips win silver in the GB eventing team. 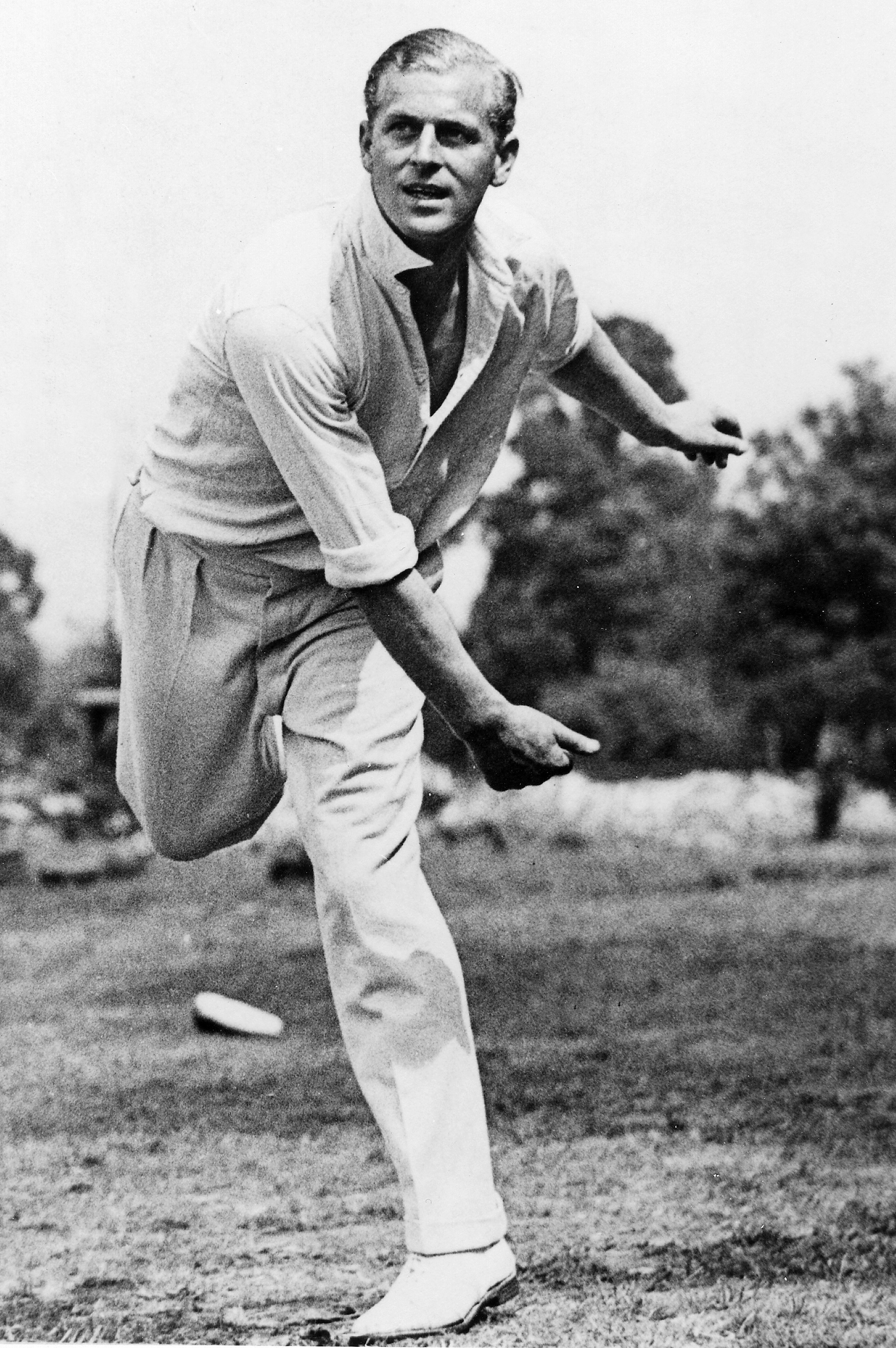 The Duke was also a fine cricketer and excelled at bowling. Sun royal photographer Arthur Edwards says: “The only sport he ever watched on TV was cricket.”

At Gordonstoun school Philip had learned to sail in the freezing, choppy waters of the Moray Firth and it was a sport he enjoyed every summer. 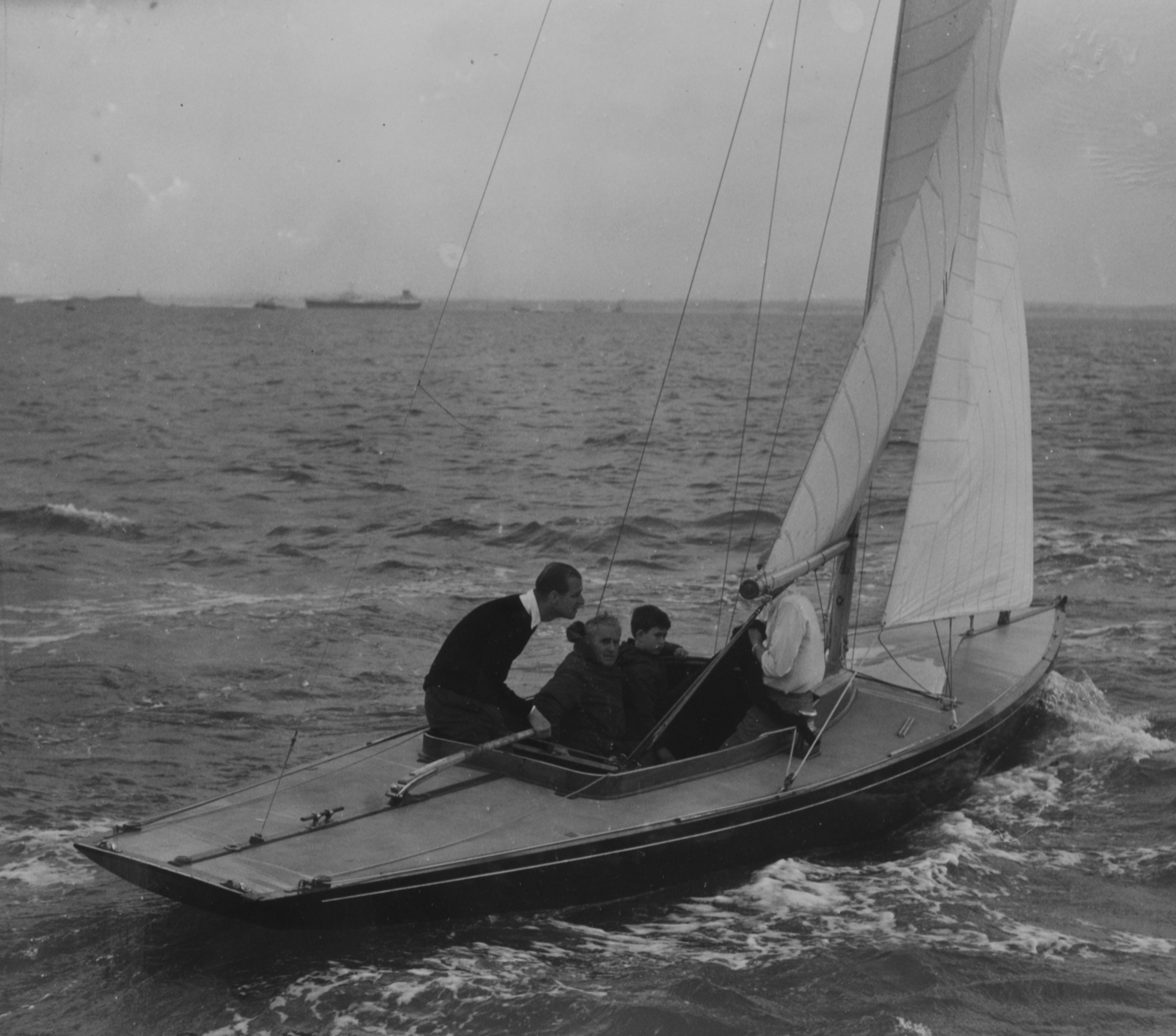 He competed regularly at the Cowes Regatta and becoming Admiral of the Royal Yacht Squadron. 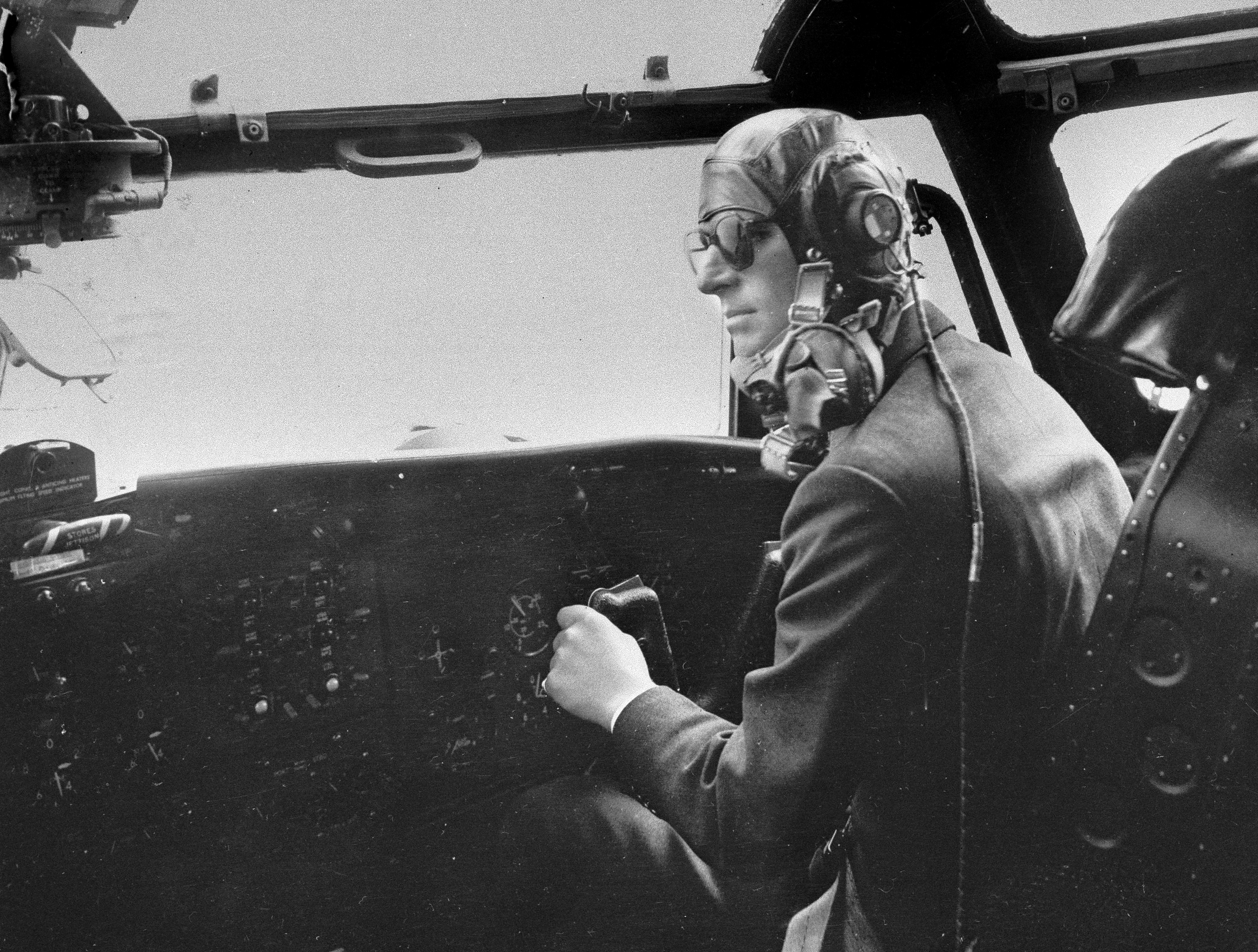 Flying was another passion. He gained his RAF wings in 1953, helicopter wings in 1956 and private pilot's licence in 1959.

But despite Philip’s dedication to sport he never let it overshadow his main role — as his wife’s most important confidante, friend and adviser.

For seven decades Philip was a constant at his wife’s side on Commonwealth tours, State visits overseas and public engagements in Britain.

In more than 60 years, he accompanied the Queen on more than 250 official overseas visits to over 130 different countries. The couple visited Australia 16 times, Canada 23 times and New Zealand on ten occasions. 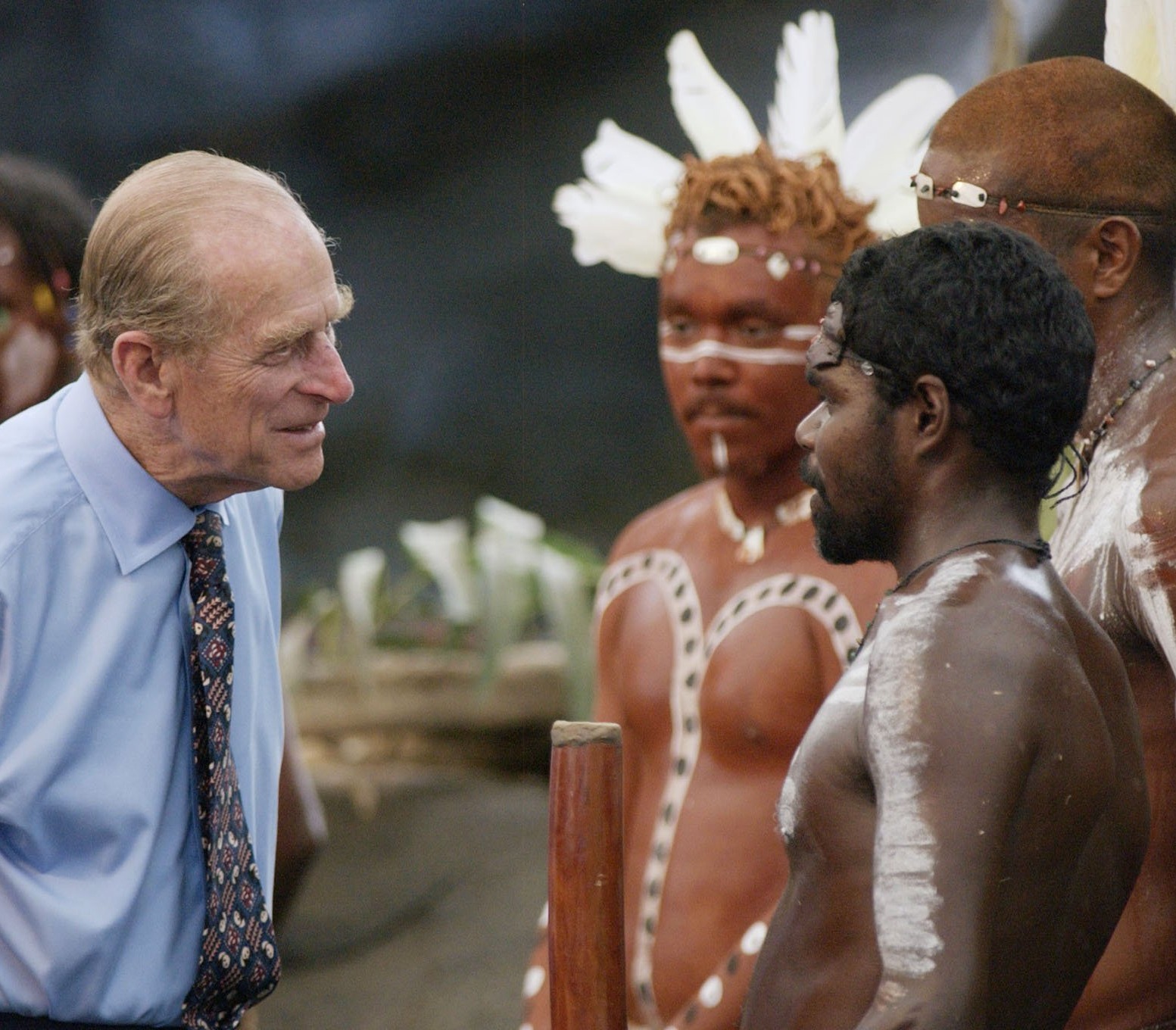 Buckingham Palace officials estimate he shook hands with more than 1.1million people at official functions meeting heads of state to folk who had given their time to his charities.

Prince Philip also made more than 600 solo foreign visits to 143 countries, in his capacity as patron or president of an amazing 800 charities and groups that he gave his time to with enthusiasm and zeal.

The Duke believed that youngsters who were involved in sport and the outdoor life would grow into adults who would be productive and happy.

One of the first charities he supported was the Playing Fields Association and for six decades battled to prevent schools selling for their playing fields.

Philip had no intention of just being a figurehead to any organisation he supported. He was hands-on and got involved.

His friend and equerry Mike Parker said: “He wanted to make a difference and, if necessary, he was ready to make a noise.”

His best-known charity is the Duke of Edinburgh’s Award, launched in 1956 to give school kids a taste of outdoor life. 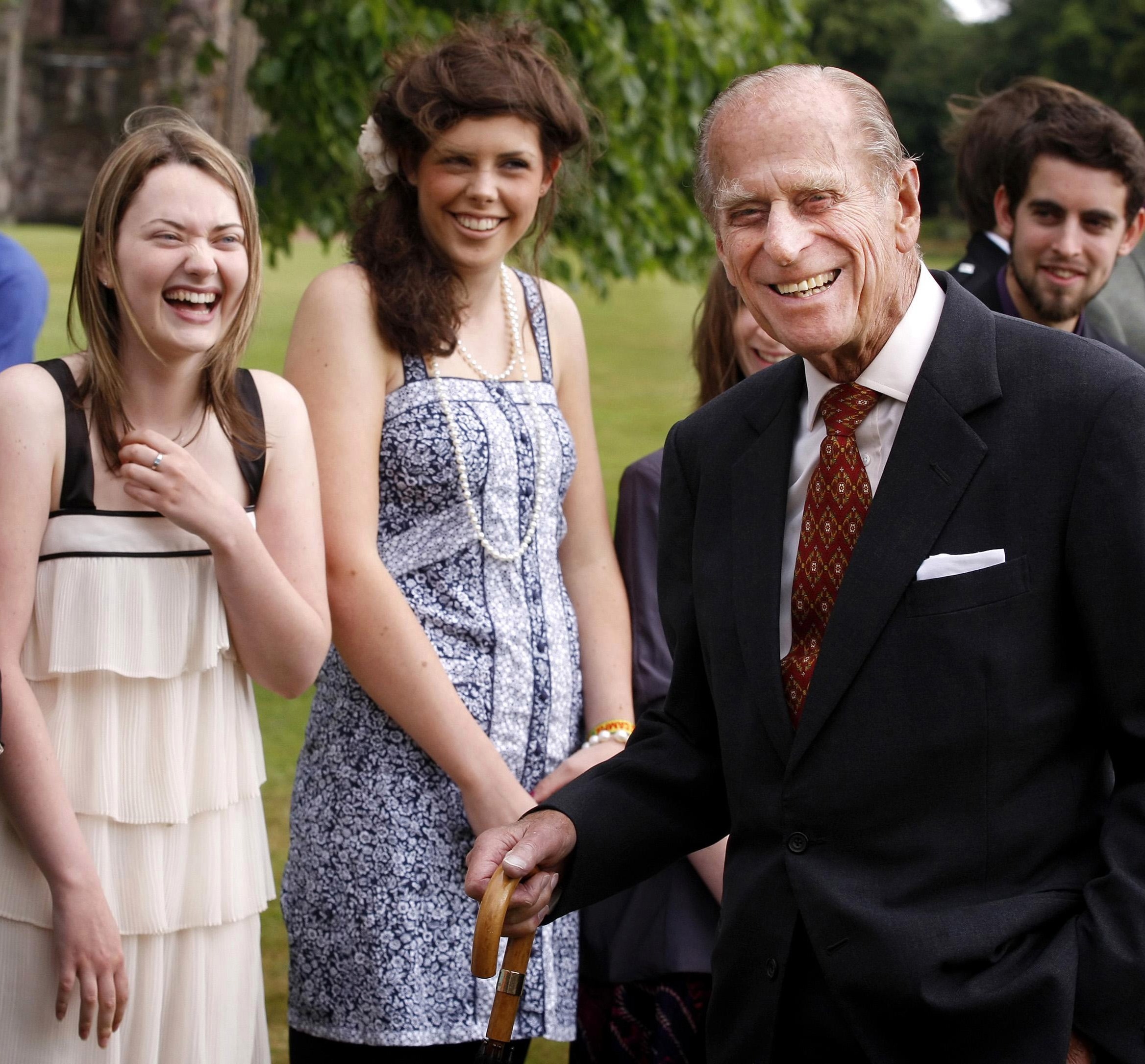 More than four million youngsters in 60 countries have taken part in the scheme.

Some of his charitable work drew flak – especially from critics who said his leading role in World Wildlife Fund sat poorly with his love of field sports.

He was not a philistine. He spoke good French and studied theology, philosophy, psychology and poetry.

The Duke also investigated UFO sightings long before UFOlogy became mainstream. He would send an equerry to quiz witnesses who claimed to have seen flying saucers. He even met some of the more credible witnesses.

Prince Philip made history by becoming the first Royal ever to give an interview on TV. 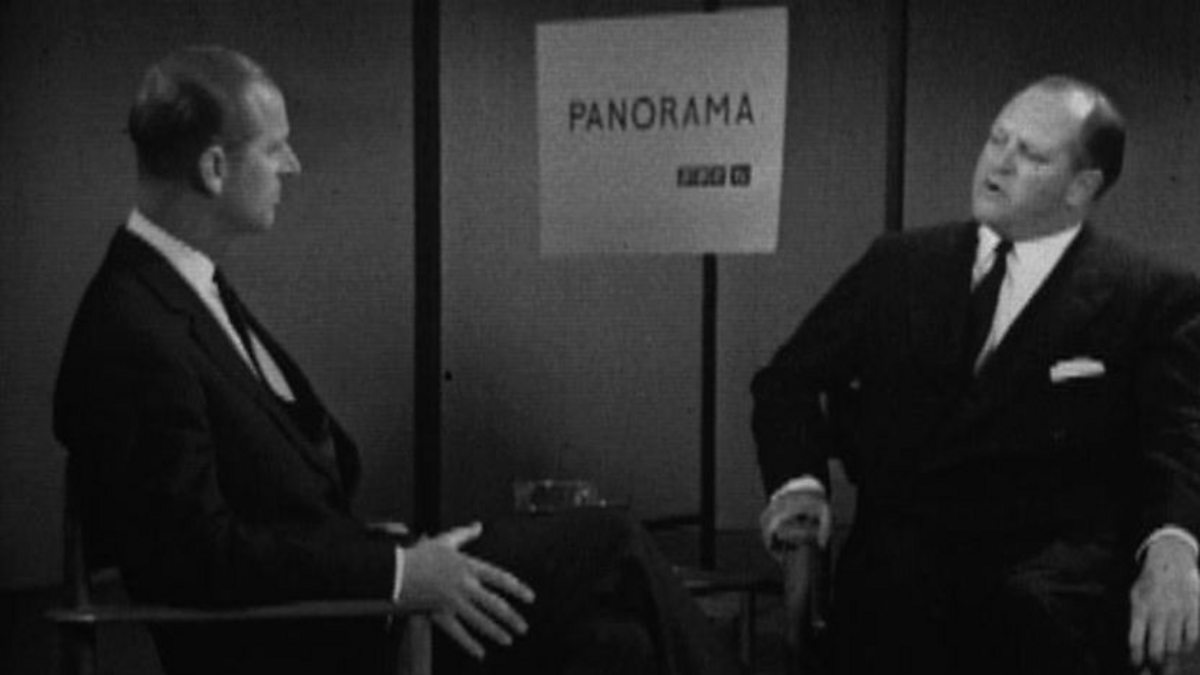 In 1969 he persuaded the Queen to allow cameras into Buckingham Palace and that first ever documentary, Royal Family, was watched by 25million people in Britain.

The programme was criticised at the time for showing the Queen washing up but helped soften her image and, as Philip predicted, showed them as a proper family not “some sort of secret society.”

His efforts to open up his family to the public also led to the invention of the royal walkabout.

In 1970, he and the Queen took Price Charles, then 21 and 19-year-old Princess Anne on a tour of Australia and New Zealand. 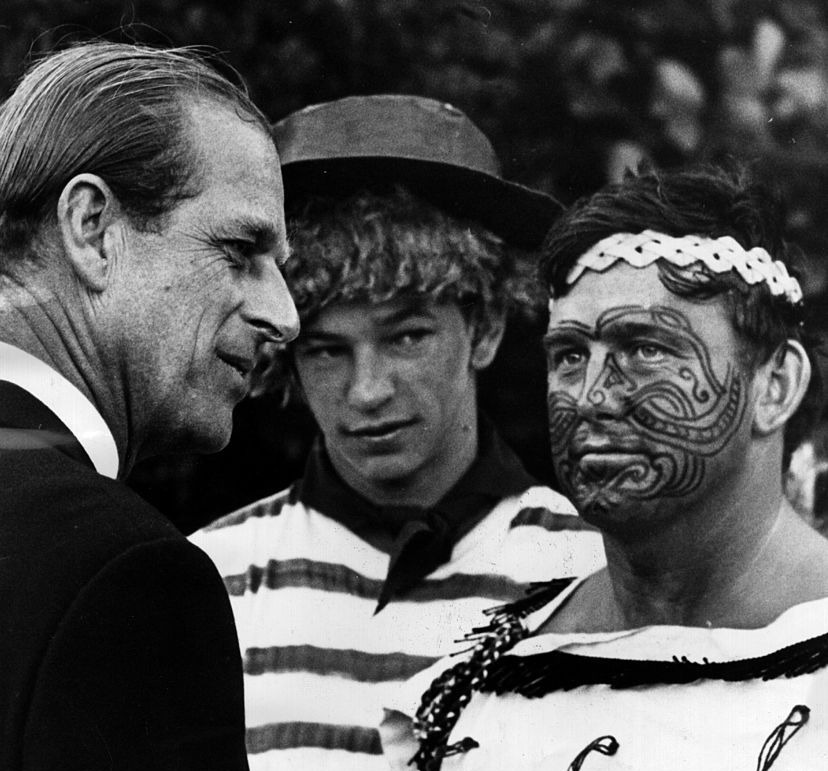 In Wellington, New Zealand, Philip and his family took the unusual step of getting out of their car and walking down the street greeting people who had been waiting for hours for a glimpse of the royals.

Until then, every person who met the royals had to be vetted.

Prince Philip was often at his best in a crisis and he took a leading role in helping his three elder children when their marriages imploded.

The Queen described 1992 as her ‘annus horribilis’ – the year Charles separated from Diana and Prince Andrew’s wife, Sarah the Duchess of York was pictured topless having her toes sucked by a lover, John Bryan.

It was also the year Windsor Castle was severely damaged by fire. 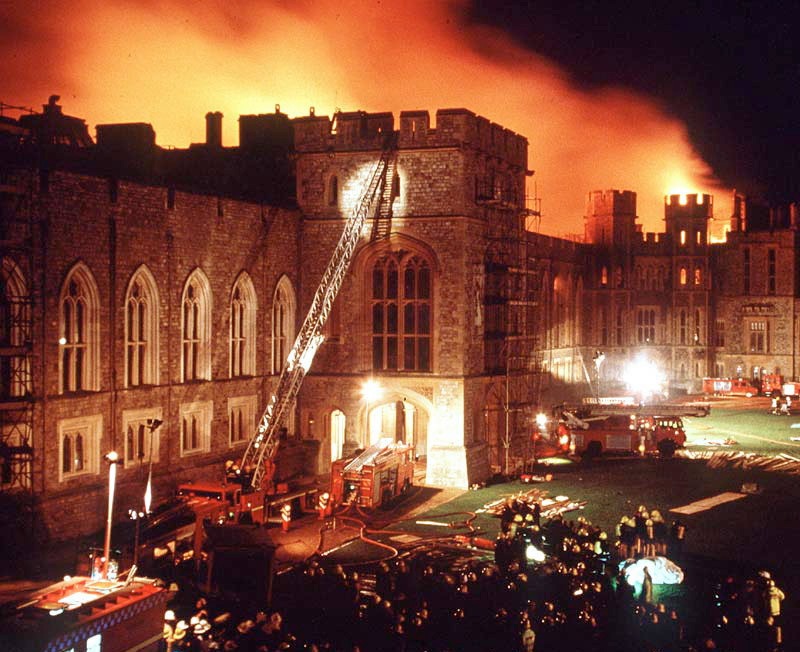 Philip came up with the idea of opening Buckingham Palace to the public to help pay towards the £36million bill for repairs to Windsor.

He also helped the Queen establish the Way Ahead royal think tank in a bid to improve The Firm’s PR.

For more than 20 years, he used his incredible energy in the battle to regain the people’s trust and love for the royal family.