The Proms will see Rule, Britannia! belted out in full following last year’s row as the BBC welcomes back an audience with a programme celebrating British musicians.

Audiences will return to the Royal Albert Hall in July for six weeks of live music spanning 52 concerts and featuring 30 orchestras and ensembles.

The 2020 edition featured a reduced orchestra playing to an empty auditorium due to coronavirus restrictions – with the singers placed in the stalls to ensure social distancing.

This year’s event, however, will feature an audience and mark the 150th anniversary of the Royal Albert Hall and 80 years since the famous venue became home to the Proms.

Director of the Proms David Pickard said ‘all the traditional elements’ will be included for the finale on September 11 with Rule, Britannia! and Land of Hope and Glory sung in full, reports the BBC.

It follows a U-turn by the broadcaster last year after huge backlash from the British public.

The BBC said the anthems would be sung by a group at the Last Night of the Proms, after originally announcing it would feature the songs as ‘new orchestral versions’ following concerns over their perceived historical links with colonialism and slavery. 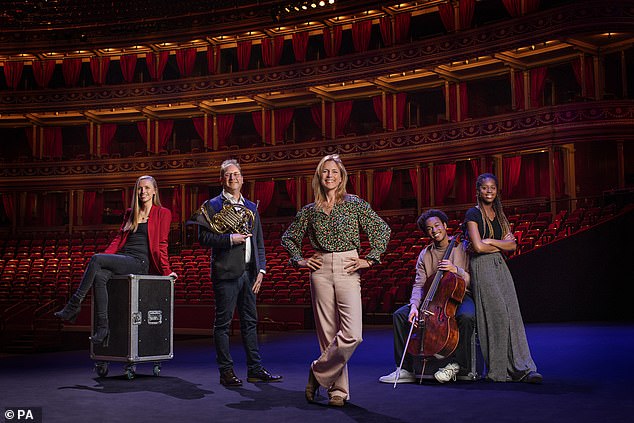 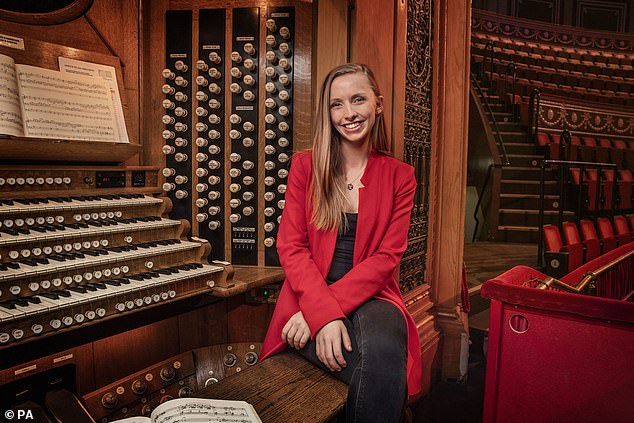 Organist Ms Lapwood. Audiences will return to the Royal Albert Hall in July for six weeks of live music spanning 52 concerts and featuring 30 orchestras and ensembles

He added that it would be a ‘very moving moment’ when the ‘first notes sound’ at the start of the season.

He added: ‘It’s partly been the circumstances which made us go in this direction but it feels absolutely right for where we are at the moment.

‘I feel the Proms is going to be a curtain-raiser for what we hope will be normality. We are all itching to get there, we are going to be first off the block.’

Organisers hope social distancing rules will allow the Proms to play to a full house but are ready to host reduced audiences if required.

There will be a First Night premiere of Sir James MacMillan’s companion piece to Vaughan Williams’s Serenade To Music, co-commissioned with the charity Help Musicians and performed by a quartet of British singers.

For the first time, there will be four unprogrammed mystery Proms to be revealed at a later date, allowing the festival to respond to changing conditions. 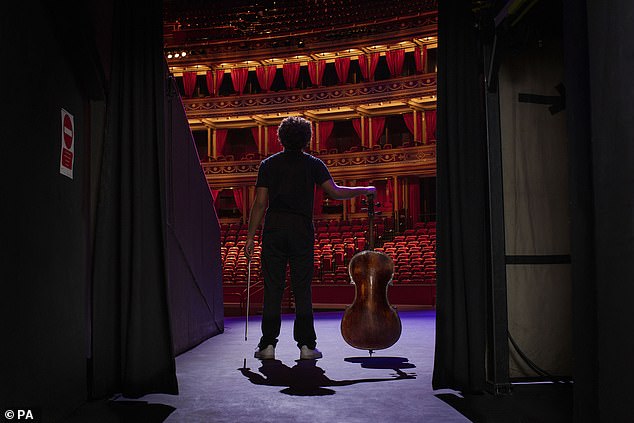 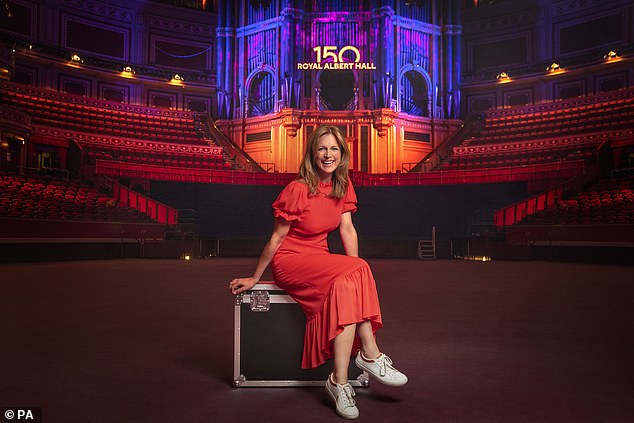 The seven Kanneh-Mason siblings will be joined by author Sir Michael Morpurgo for an updated version of The Carnival Of The Animals and a companion piece by Daniel Kidane.

To mark 50 years since the death of Igor Stravinsky, the Aurora Orchestra will perform the 1945 suite from The Firebird from memory, whilst Sir Simon will lead the London Symphony Orchestra in an all-Stravinsky programme.

Other acts include singer-songwriter Moses Sumney with the BBC Symphony Orchestra, and Jules Buckley and jazz saxophonist and composer Nubya Garcia.

Mr Pickard said one of the major themes would be celebrating British music, musicians and ensembles.

‘Normally we’d probably have 10 or 12 touring orchestras in the Proms, this year we have just one,’ he said. 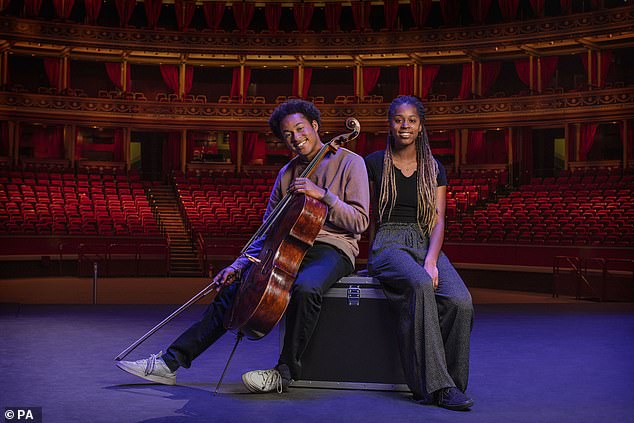 Cellist Sheku with his sister, pianist Jeneba Kanneh-Mason, at the Royal Albert Hall in London 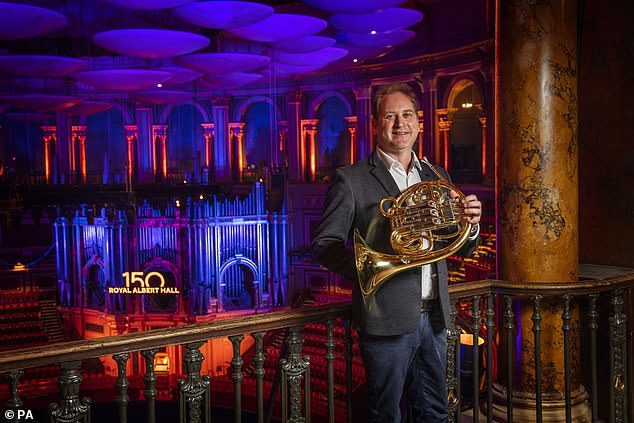 Mr Owen, principal horn for the BBC Symphony Orchestra, pictured above. The Proms run from July 30 to September 11, 2021

‘We knew very early on that international travel would be challenging and we thought we would turn that to our advantage and say, “Let’s really celebrate these incredible musicians we have in the UK”.

‘We have so much talent over here. It’s also every musician in every country has been through such a difficult time over the last year.

‘We wanted to give as many opportunities as we could to those artists, to really be a part of the festival and have something to celebrate this summer.’