A group of pro-Palestinian protesters who sprayed the London HQ of Israel’s largest arms firm with blood-red paint were cleared of plotting to cause criminal damage today.

All five protesters denied the charges at Southwark Crown Court and were cleared of conspiracy to damage property.

Aristocrat Stormonth-Darling, of Oval Place, Lambeth, and Cooney, of Elliscombe Road, Charlton, had jumped out of a dark BMW driven by Bardos, of Conisboro Avenue, Reading, carrying buckets of paint on 10 October 2020.

Stormonth-Darling said she took part in the protest to raise awareness about drone missiles, produced by Elbit, being used by Israeli forces to kill children in Palestine, the court heard.

Her family live on a vast estate in Perthshire and she was featured in upper class magazine Tatler when she held her 21st birthday party there. 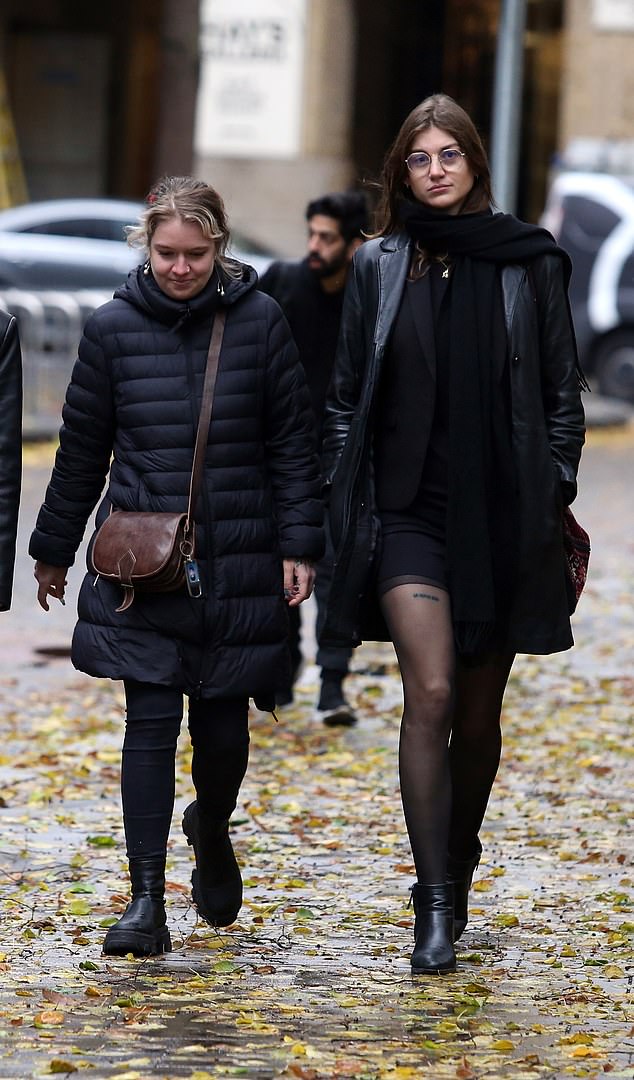 Flora Thomas said the idea was just to spray and splash paint on the pavement outside Elbit System to ‘raise awareness’ to the company’s activity.

They denied conspiracy to cause criminal damage and smiled in the dock as the jury cleared them of the charge after deliberating for less than 90 minutes.

Before the verdict was announced Judge Adam Hiddleston warned supporters in the public gallery: ‘I will not tolerate any displays of emotion. I do not want cheering or any sounds of disappointment.’

Nathan Palmer, prosecuting, had alleged that the defendants ‘agreed to commit criminal damage to a building by defacing that building with paint.

‘They attended as a group at 77 Kingsway and did in fact deface that building with paint.

‘The prosecution say that the paint did not get there by accident.

‘There was planning, there was preparation, and there was organisation.

‘These are all bright people, educated people, and they came up with a plan that would overcome obstacles.

‘They were working together, each with a separate role, to achieve a joint objective, a shared objective.

‘They wanted to stop Elbit trading.

‘What this case is about is the agreement to damage the building.

‘Damage to the building was not only inevitable, it was the aim.’

Owen Greenhall, defending the group, said: ‘A river of blood, flowing down Kingsway – that is a powerful image.

‘It wasn’t real blood, it was symbolic.

‘What this trial is about is water soluble paint on a doorway.

‘Joley Thomas accepted that paint would go on the bottom half of the doorway.

‘It was water soluble paint. She knew it would simply wash away.

‘The court has not heard any evidence that of cleaning or any costs associated with the defendants’ actions.’

Bespectacled Stormonth-Darling, earlier told the court how she was held in custody for nine hours for throwing paint on the pavement outside Elbit Systems.

Dressed smartly in black, she said in 2016 she had worked at ‘the jungle’ in Calais, where migrants camped before heading for Britain camped.

Stormonth-Darling explained that she met a refugee in his late 20s who was from Gaza.

‘He told me what it was like living under siege. He spoke of the uncertainty of not knowing when the next strike would be and whether it would be in his neighbourhood. Whenever a plane would fly above Calais he would run to shelter to take cover.’ 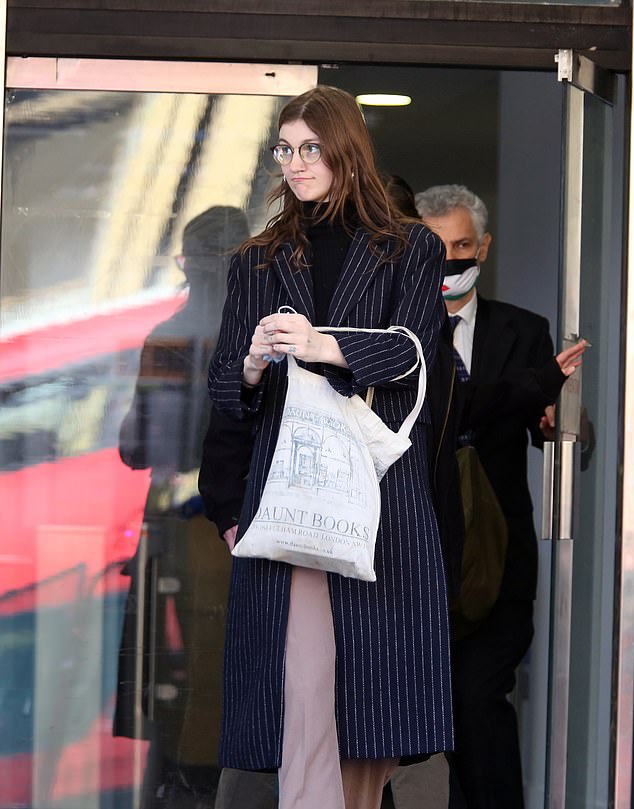 Stormonth-Darling said she took part in the protest to raise awareness about drone missiles, produced by Elbit, being used by Israeli forces to kill children in Palestine, the court heard 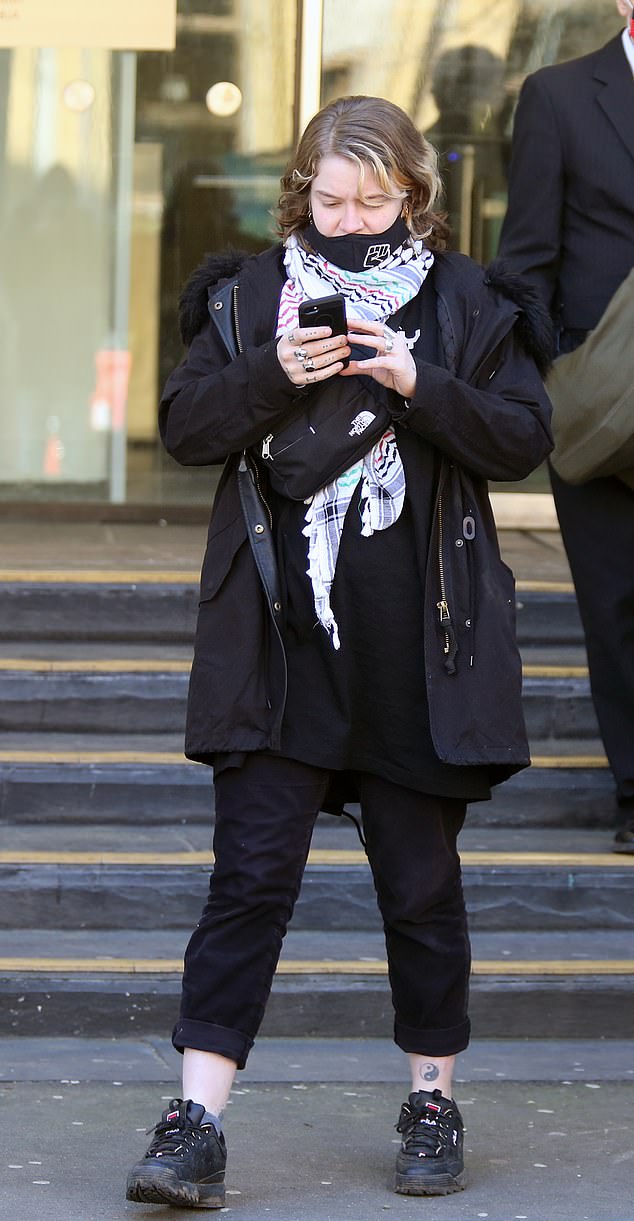 She said that this experience led her to read more about the issue.

‘Drone missiles manufactured by Elbit are equipped with cameras that allow drone commanders to identify whether their targets are legitimate targets or children.

‘When missiles kill children this is done knowingly.’

She said the 10-year-old brother of a friend of hers in Palestine was shot by the Israeli defence forces.

‘He was attending a protest in Hebron against the apartheid system. He was targeted by the Israeli defence forces.

‘It was really upsetting news. But obviously more upsetting for his family. It was very sad.’

Recalling the protest on 10 October she said: ‘We decided to create the effect of a river of paint symbolising the blood of innocent Palestinians.’