This comes as the EU accuses Moscow's close ally Belarus of encouraging migrants – from the Middle East and Africa – to try to illegally cross into Poland in revenge for sanctions imposed on Minsk over human rights abuses. 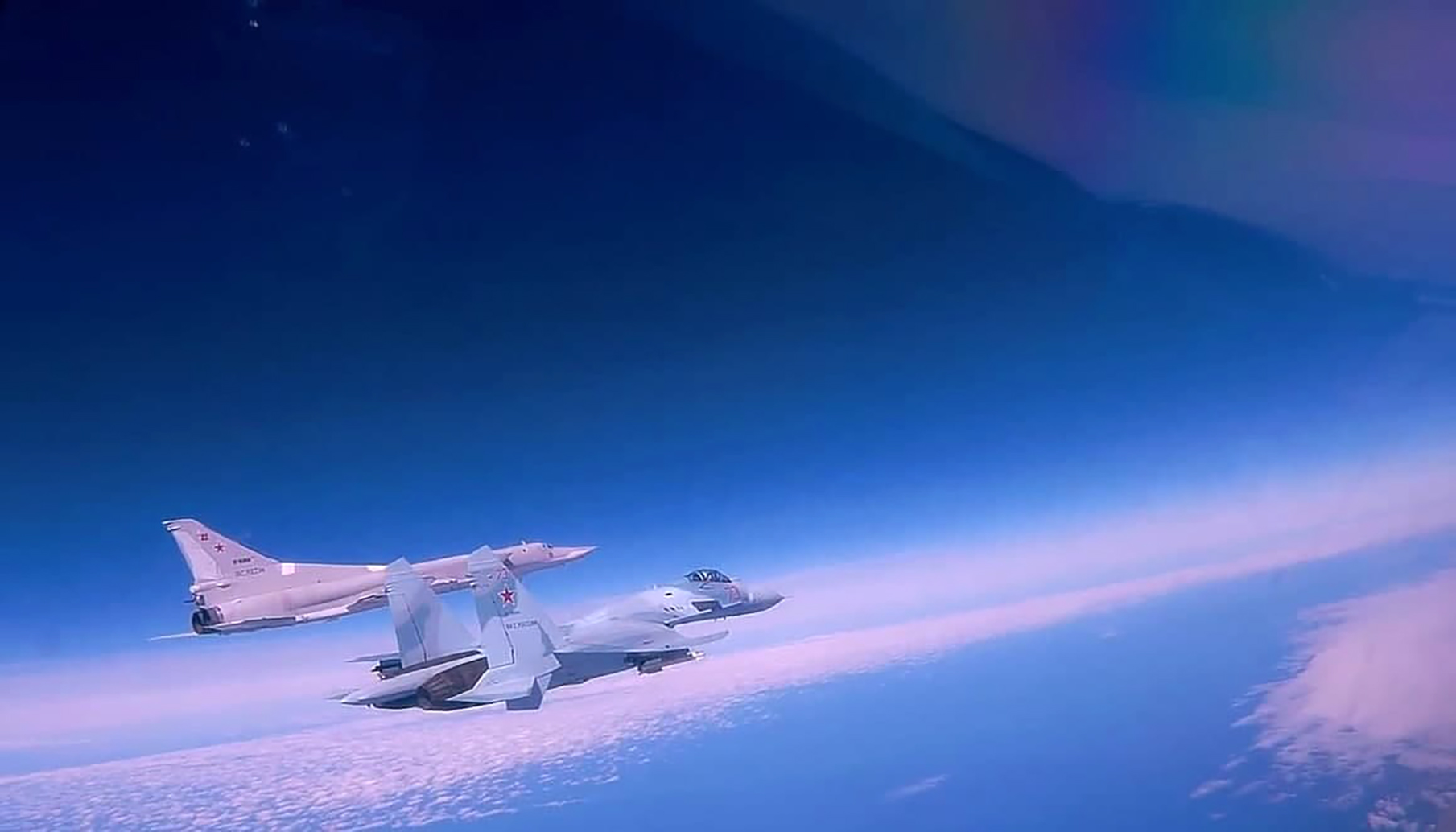 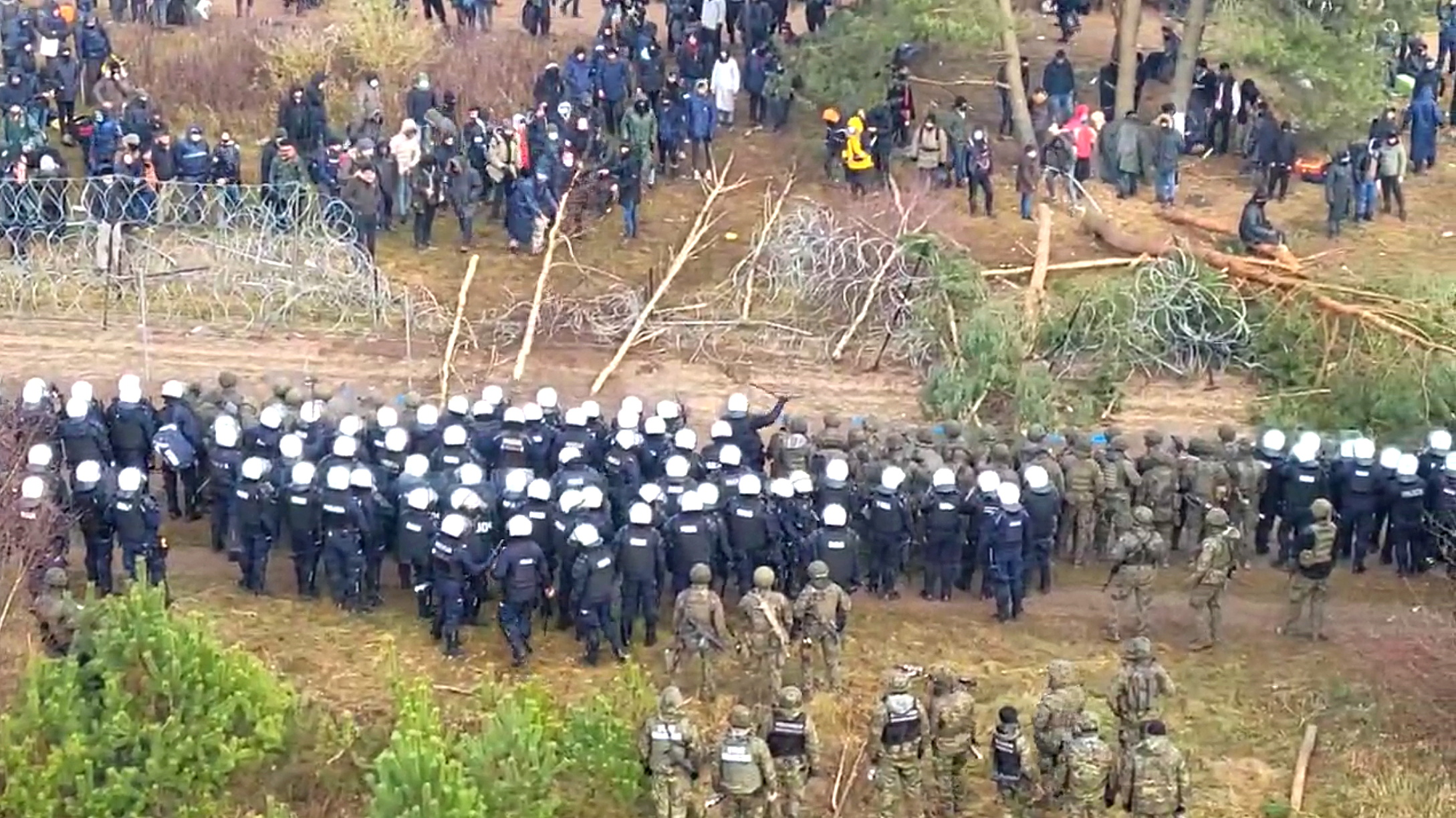 Moscow's defence ministry said the giant supersonic strategic warplanes were "performing tasks of combat alert for air defence in the Unified Regional Air Defense System of the Union State of Russia and Belarus”.

The bombers “performed patrols in the airspace of the Republic of Belarus. During the flight of the aircraft, the issues of interaction with ground control points of the armed forces of Russia and Belarus were worked out”.

Last night, the migrants trapped in Belarus made attempts to force their way into Poland, Warsaw said, announcing that it had reinforced the border.

Meanwhile, the EU is preparing to impose fresh sanctions on Belarusian dictator Alexander Lukashenko over the crisis.

The bloc's 27 ambassadors are set to agree today that the growing numbers of migrants flying to Belarus to reach the EU border amount to "hybrid warfare" by Lukashenko – a legal basis for new sanctions.

Lukashenko has denied using the migrants as "weapons" and today won a show of support from Russia which blamed the EU for the crisis and sent the two bombers to patrol Belarusian airspace.

According to BBC Newsnight, migrants from the Middle East have been deliberately granted transit visas by Belarus.

They are then taken from Minsk airport to its borders with Poland and Lithuania in a bid to wreak chaos and force the EU to lift sanctions.

Back in May, dictator Lukashenko even threatened to flood Europe with migrants.

He said: "We were stopping migrants and drugs – now you will [have to] catch them and eat them yourself."

This came as Russia lambasted the Polish prime minister Mateusz Morawiecki for blaming Vladimir Putin for the border crisis.

Kremlin spokesman Dmitry Peskov said: “We consider absolutely irresponsible and unacceptable the Polish prime minister's words that Russia is responsible for this situation.

“This is an absolutely irresponsible and unacceptable statement.”

Thousands of people have converged on the border this week, where razor wire fences and Polish soldiers have repeatedly blocked their entry.

Some of the migrants have used logs, spades and other implements to try to break through.

Young children and babies are among those stuck at the border in freezing conditons.

One migrant said: "There are lots of families here with babies between two or four months old. They have not eaten anything for the past three days."

Neighbouring EU state Lithuania, which also imposed a state of emergency at its border yesterday, reported 281 migrants were turned back that day, the highest figure since August when the pushbacks began.

The EU accuses Lukashenko of using "gangster-style" tactics in the months-long border standoff, in which at least seven migrants have died. 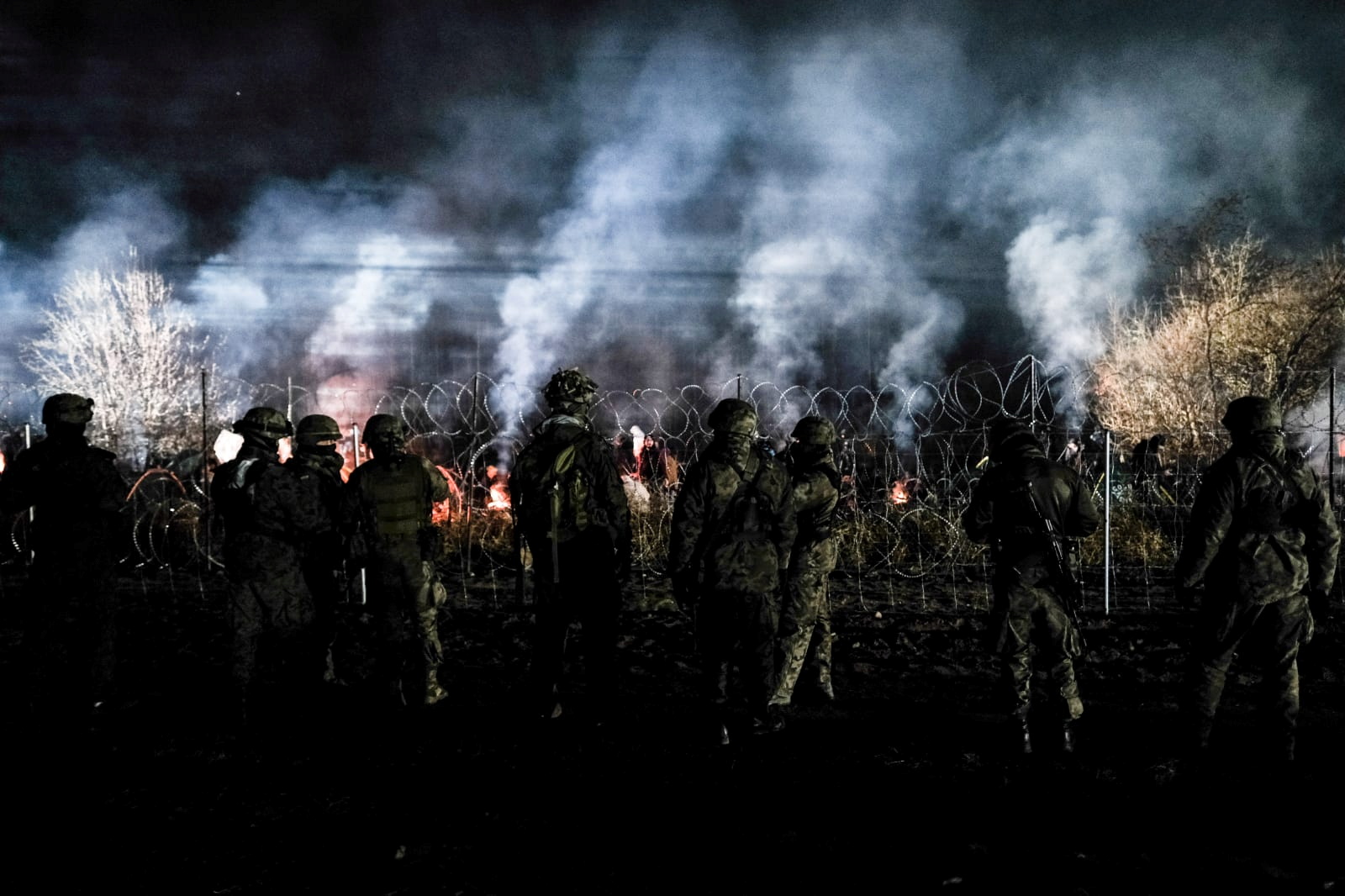 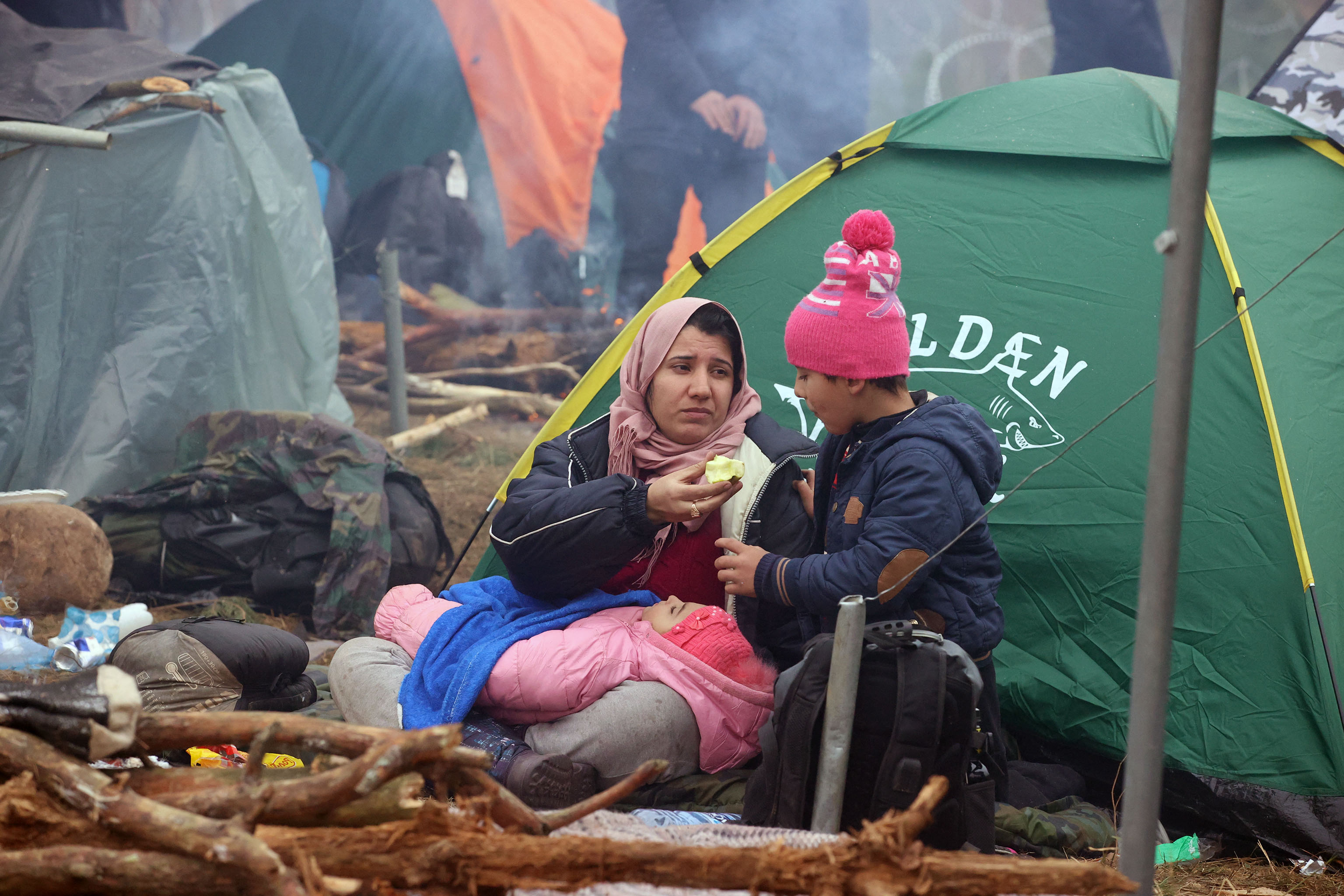 The new sanctions would target around 30 individuals and entities including the Belarusian foreign minister, three EU diplomats said.

Lukashenko's government blames Europe and the United States for the plight of the people stranded at the border.

The crisis erupted after the EU, the US and Britain imposed sanctions on Belarus over its violent crackdown on mass street protests that were sparked by the dictator's disputed election victory in 2020.

In May, Belarus was also accused of hijacking a Ryanair jet when it forced the flight to perform an emergency landing in Minsk before arresting an opposition activist and blogger Roman Protasevich.

Lukashenko turned to traditional ally Russia for support and financing to ride out the protests.

The migrant crisis has given Moscow an opportunity to double down on its support for Belarus, a country it regards a strategic buffer against NATO.

Other footage from yesterday showed migrants throwing sticks over the border at Polish guards while more video showed Belarus troops alongside the migrants.

Polish border police today claimed they had caught the moment "Belarusian forces intimidate migrants by firing shots in their presence."

A video shows the shooting on the other side of the wire fencing with screams from the mainly Kurd group including women and children.

"We have also captured acts of violence by the Belarusians," said a Polish source at the frontier. 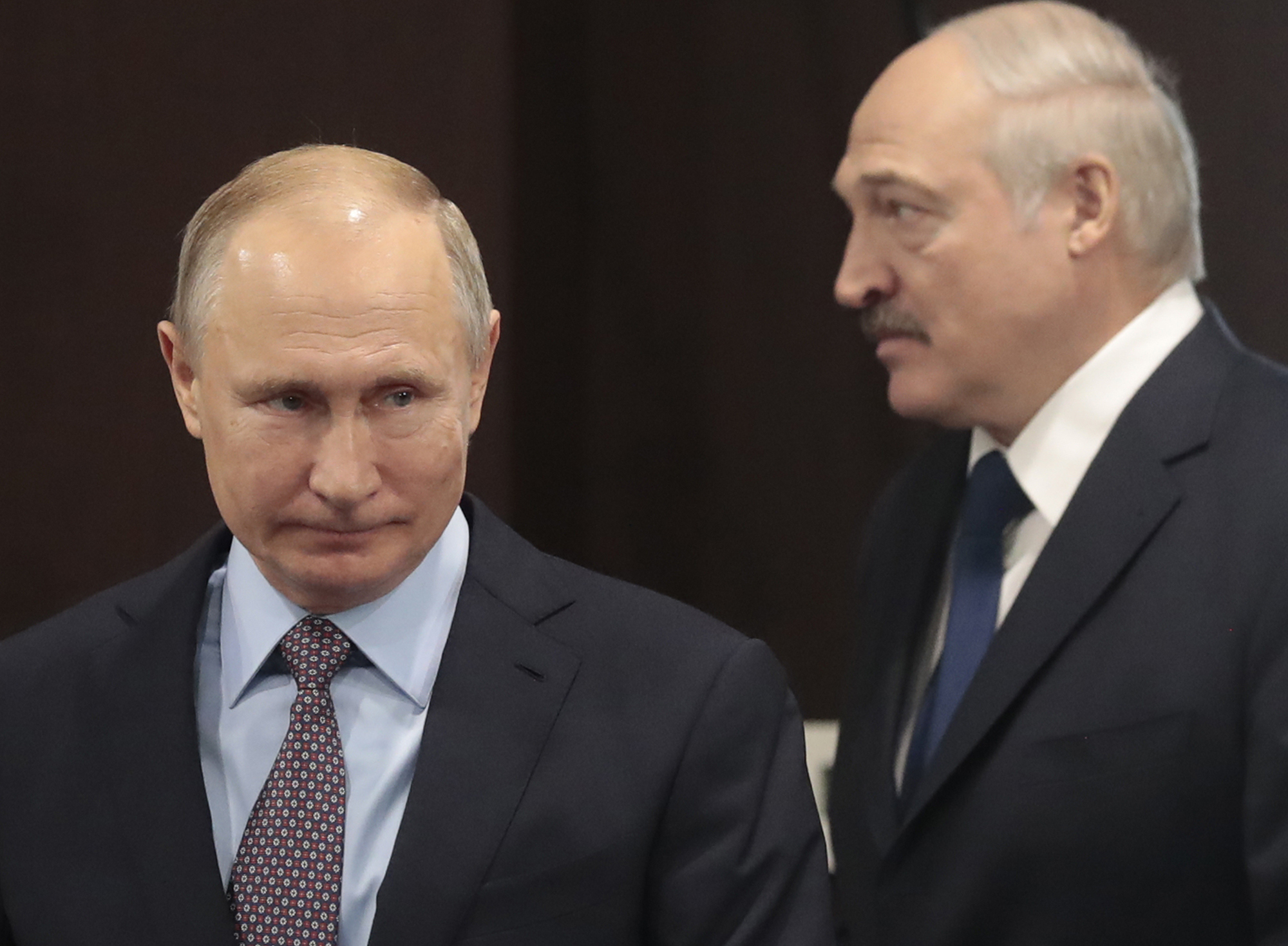