Poland’s intelligence services say they have identified camps where thousands of Ukrainian children have been held and adults brutally beaten by invading Russian forces.

Special Services minster Stanislaw Zaryn said on Wednesday that over 1.5 million Ukrainians including ‘thousands of children’ were being held in various locations inside occupied territory where ‘Ukrainians are sent en masse’ and ‘subjected to torture’.

Posting satellite photos and exact coordinates of ‘locations where there are Russian torture chambers used against Ukrainians’, he said: ‘The Kremlin has organised a network of prisons and filter camps in which it is holding detained Ukrainians.’

It comes as Human Rights Watch confirmed it had interviewed dozens of Ukrainians who were detained by Russian forces, many of whom had injuries and signs of torture. 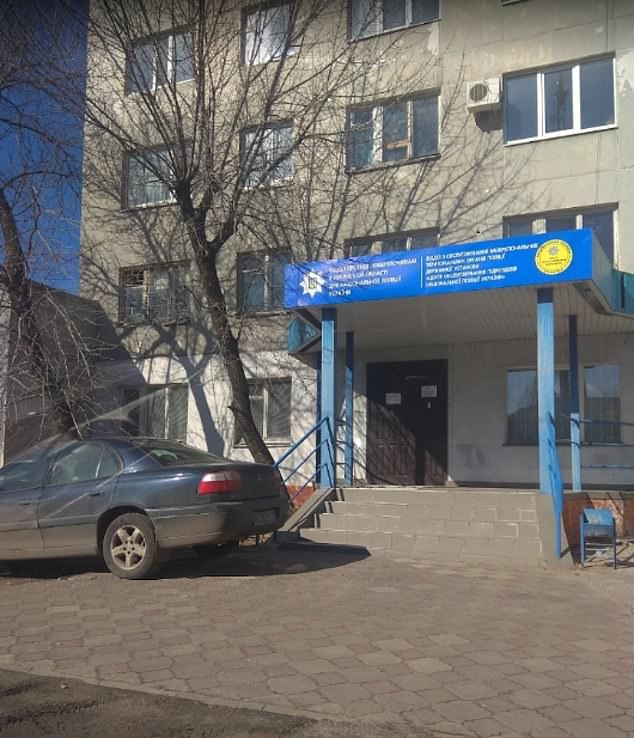 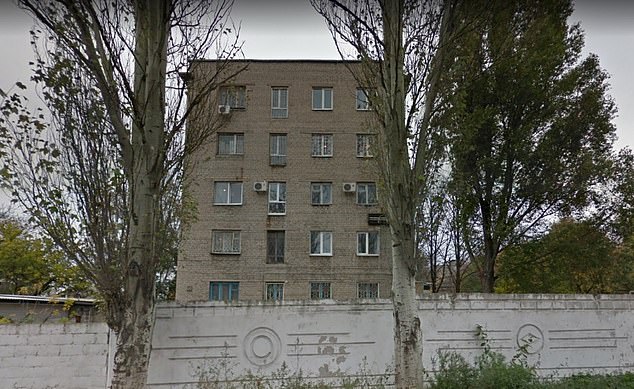 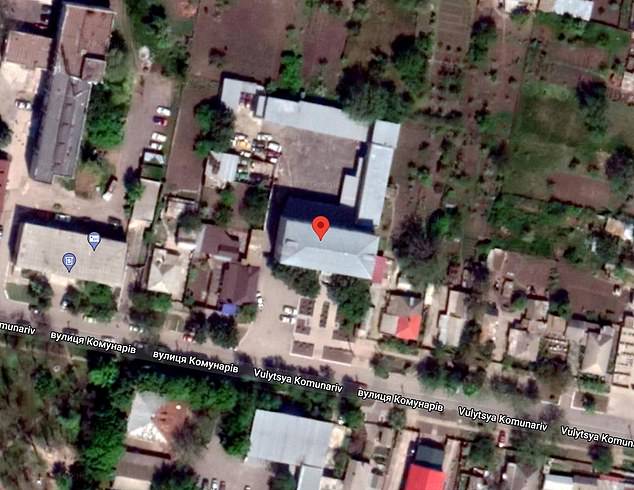 This building, in Novoazovsk, was named as the location of one of Russia’s detention centres for Ukrainian civilians

Zaryn continued: ‘The aggressors carry out a verification of the detained, looking for people with combat experience and officials of the Ukrainian administration.

‘They also study the attitudes of specific people towards Russia.

‘Those who do not raise any objections from the invaders are generally deported to Russia.

‘Some of these people are forcibly conscripted into the Russian army and then sent to the front.

‘People who raise doubts are brutally repressed. They are tortured, they are forced to testify or make statements against Ukraine, or they are brought to court as part of propaganda, show political trials.

‘Russian FSB officers are responsible for the described actions against the civilian population, and they also ”interrogate” the detained Ukrainians.

‘The involvement of the most important Russian secret service in the repression against Ukrainians shows how much importance the Kremlin attaches to these actions.’

According to the official, the locations are based in the former headquarters of Ukrainian police and the State Migration Service of Ukraine.

The special forces minister continued: ‘According to intelligence data, the process of filtering and verifying detained Ukrainians lasts from several hours to several days.

‘During this time, interrogations by the FSB take place, the analysis of confiscated items, including data carriers, and even social media activity is carried out.

‘The Russians check whether the detainees have traces of fights on their bodies, and even what tattoos they have.

‘If someone arouses even a shadow of suspicion, he becomes the object of repression, which may result in death.

‘A terrible fate awaits also those who, after ‘positive verification’, are ordered to fight in the ranks of the aggressor.’ 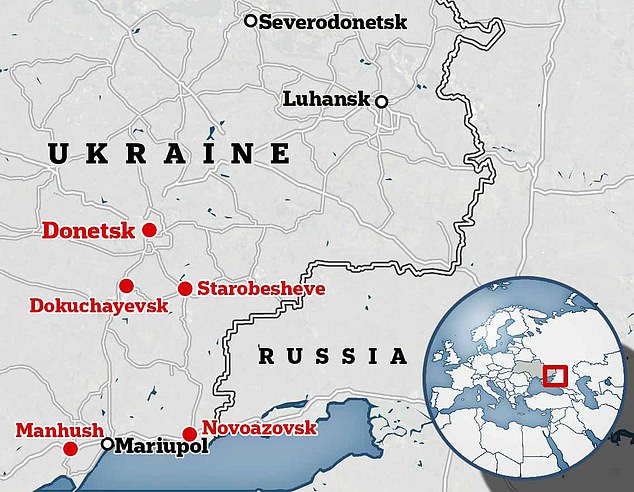 These are the locations of several detention centres set up by Russia’s secret service in occupied Ukraine, where Ukrainian children are held and adults are ‘interrogated’

Clarifying the location of the camps in an official statement, Zaryn said: ‘The apparatus of repression aimed at Ukrainian society was organised on the basis of a system of prisons located in the occupied territories of Ukraine.

‘The Russians use the former headquarters of local Ukrainian authorities, in particular the local police and the State Migration Service of Ukraine.

‘In regions where the Russians have not managed to adapt buildings taken over as a result of aggression, filtration sites are organised in the form of towns and tent camps.

‘The Polish services managed to identify the places that are used for the described actions against Ukraine.’

Zaryn’s claims that thousands of Ukrainian civilians are being unlawfully detained and tortured by the invaders tallies with findings released just days ago by Human Rights Watch.

The organisation said it has interviewed scores of Ukrainian citizens and POWs detained by Putin’s troops in the occupied southern regions of Ukraine and had received detailed accounts of barbaric treatment they endured.

‘Torture, inhumane treatment, as well as arbitrary detention and unlawful confinement of civilians, are among the war crimes we have documented.’

A press release on the organisation’s website stated its members had interviewed 71 people from Kherson, Melitopol, Berdyansk, Skadovsk and 10 other cities and towns in the Kherson and Zaporizhzhia regions.

They described 42 cases in which Russian occupation forces either forcibly disappeared civilians or otherwise held them arbitrarily, and many instances in which they were beaten, tortured and hospitalised with severe injuries.