An RAF plane has made an emergency landing at Birmingham Airport after ‘initial reports of smoke being reported in the cabin.’

The C-17 Globemaster III left RAF Brize Norton in Oxfordshire but was later forced into the landing at the city airport just before noon today.

Emergency vehicles, including the fire brigade, were on alert. 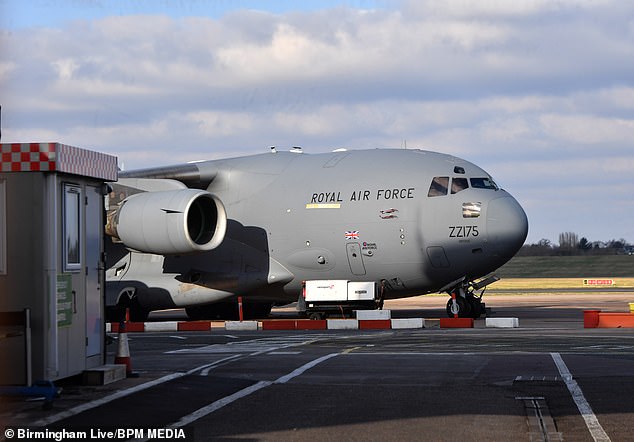 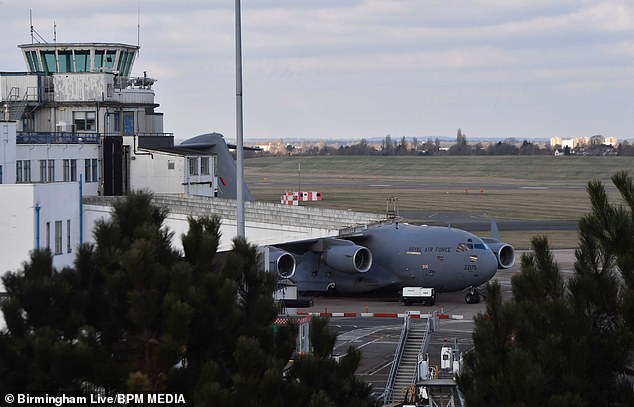 Social media reports suggested the plane made a successful landing and the aircraft was later stationary on the ground at Birmingham Airport.

One user tweeted: ‘As I always say when this kind of thing happens is the most important thing is that the crew is safe and well.

‘Aircraft has now powered down and is off radar. Situation appears to have come to a close.

‘Pleased that the crew is OK and the aircraft landed safely, after rapidly dumping fuel and a rapid decent into Birmingham Airport after squawking 7700 over Shrewsbury.’