The identity of a Melbourne man who raped, bashed and brutalised women over two decades can now be revealed after a court order concealing his name was lifted.

Andrew Brian Males, 42 – a one-time fugitive released from prison because of a paperwork bungle – was recently found guilty in the County Court of Victoria of repeated and sustained attacks on four victims across Melbourne’s northern and western suburbs over a 20-year period.

He choked some of the women unconscious before raping and beating them with weapons including a hammer. Court documents released to The Age reveal one victim – aged 16 to 17 at the time – was held inside a bungalow at the rear of Males’ mother’s Altona North home for weeks on end and raped.

During one of several escape attempts by the teenager, Males beat her and dragged her back inside by her hair. He then used a belt to tie her ankles together and duct-taped her mouth shut “to stop her from screaming”. 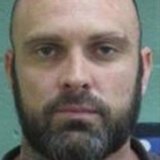 Another of Males’ victims was raped in the dining room of his mother’s home.

Suppression orders had prevented full publication of his latest two County Court trials until now to allow Males fair hearings. The cases of his latest four victims were spread across two consecutive trials: one that ran from April 14 to May 4 and another from May 14 to June 11. During those trials he was found guilty of 24 charges and not guilty of eight.

At the time he was caught for his latest violent crimes, his case was the first major prosecution for the newly formed Family Violence Taskforce. The taskforce was formed in 2015 to target serious, recidivist offenders who had abused multiple partners. In 2017, it charged Males with crimes against nine victims following an 18-month investigation.

The cases of four victims proceeded to trial. The other five cases were discontinued.

Males was ultimately found guilty of nine counts of rape, 10 counts of intentionally causing injury, three counts of making threats to kill, one of assault and one charge of false imprisonment.

He was found not guilty of eight charges including allegations he had bundled one of his victim’s into the boot of a car before driving her for an hour to remote bushland where she was allegedly beaten and forced to dig her own grave while partially naked.

Males, who previously served time for offences against a woman, made headlines in 2014 after he was wrongly released from Port Phillip Prison because of an “administrative error” while on remand for threats to kill, serious assault and weapons charges.

At the time police said they had only become aware of the mistaken release when Males failed to appear in court. He was arrested four weeks later.

During the latest two trials, the court was told some of Males’ victims had been homeless, single parents or living alone when Males befriended them before later turning violent, at times accusing them of being interested in other men.

Court documents show one of his victims was beaten on different occasions, stripped of her clothing and repeatedly raped, while also being stabbed in the stomach.

Another was thrown around the house, choked unconscious and raped after she told Males she may have fallen pregnant. She later told police that as the abuse intensified, she was only allowed to leave the bedroom to use the toilet, and only allowed to eat and drink what Males provided. If she fell asleep while he was awake, Males would punch her to wake her up.

All four victims were introduced to his family.

Males has spent a large part of his adult life in and out of jail for crimes including armed robbery, burglary and traffic offences. He was jailed for two years in 2016 after fracturing a woman’s jaw, nose and ribs during a beating the year prior. He will return to court later this year for sentencing.