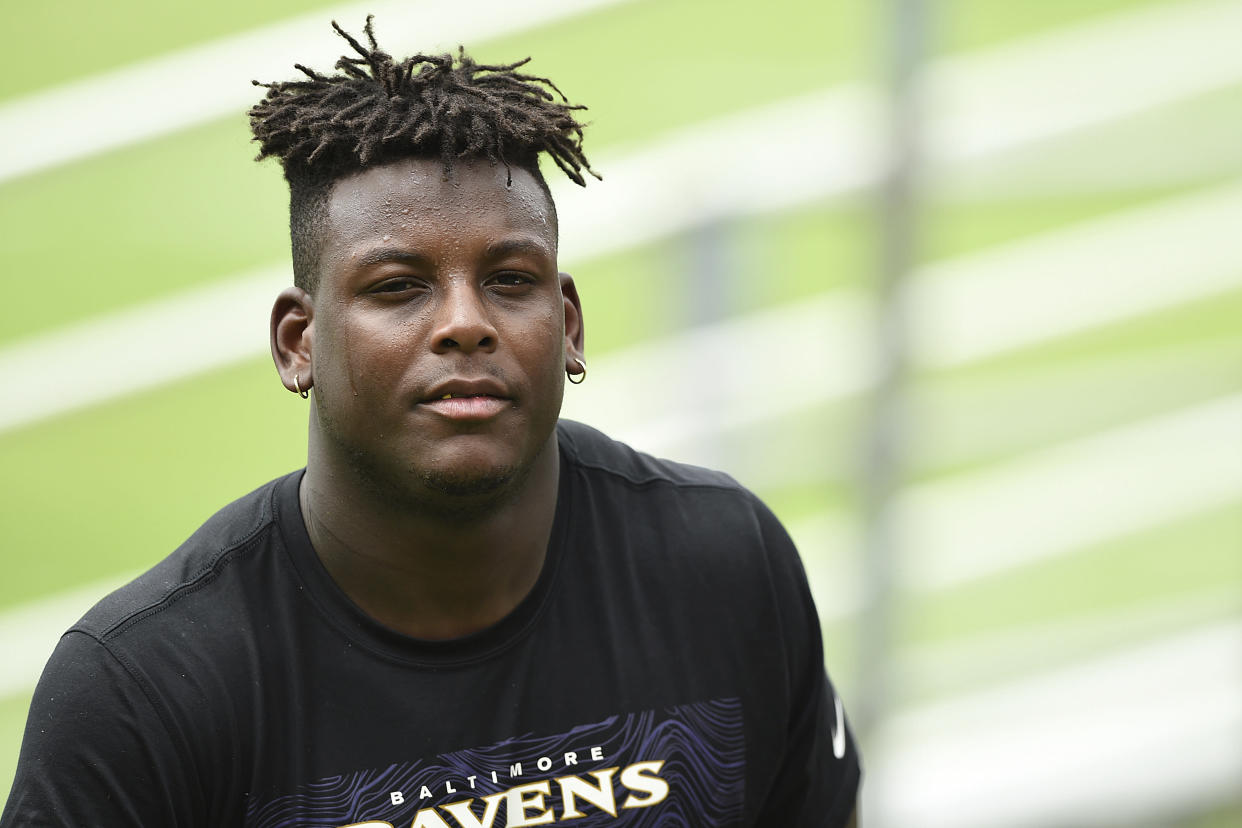 The Baltimore Ravens announced the death of 26-year-old outside linebacker Jaylon Ferguson on Wednesday morning.

We are profoundly saddened by the tragic passing of Jaylon Ferguson. pic.twitter.com/ylBvLEzjer

The Ravens released no other details about Ferguson’s death, including the cause.

“It’s with great sadness that we announce the passing of Baltimore Ravens LB Jaylon Ferguson. The family asks for your prayers and privacy during this trying time.”

Ferguson, a Louisiana native, attended Louisiana Tech after graduating from West Feliciana High School. He redshirted as a freshman, and went on to have a record-breaking college career. His 45 sacks over four years remains an NCAA record, and it earned him the nickname “Sack Daddy.”

In the 2019 NFL draft, Ferguson was taken by the Ravens in the third round. He played in 38 games over three seasons, starting 10, and totaled 4.5 sacks and 67 tackles. He was placed on the COVID-19 list twice in two years: once in Nov. 2020, and again in Sept. 2021. According to ESPN, Ferguson had participated in all of the team’s offseason practices this year.