A group of health professionals is warning that women in NSW are at risk of a rise in cancer deaths with all routine breast screening to be suspended across the state from Thursday because of the extended lockdown.

It says Australian health experts anticipate that when normal screening services resume, “patients will present with more advanced cancers because they missed screenings and went undiagnosed”. 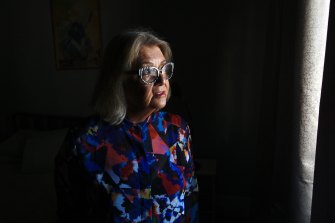 The report says there were 145,000 fewer mammograms in Australia between January to June last year compared to the same period in 2018. During Victoria’s lockdown last year, breast cancer screening rates dropped 37 per cent and breast cancer surgeries fell 33 per cent. It said there were 2530 fewer cancer diagnoses in Victoria by October 2020, including 301 cases of breast cancer.

BreastScreen NSW announced on Monday it would temporarily suspend all routine breast screening by Thursday to free up its staff to help manage COVID-19.

Breast Cancer Network Australia’s director of policy and advocacy Vicki Durston said COVID-19 had not changed the fact that 55 people in Australia were diagnosed with breast cancer each day.

“Victoria continues to be challenged by the profound consequences of the temporary suspension of essential services,” she said. “A four-week halt to public BreastScreen services resulted in women being diagnosed later and requiring more radical treatment.

“We are hearing from many women in NSW who cannot get access to screening appointments in the foreseeable future and a number of cancer patients not leaving their home to seek medical care”.

Ms Durston said the best outcome for a breast cancer diagnosis was early detection. “Putting off appointments to address symptoms of breast cancer is putting people at greater risk,” she said

BreastScreen NSW said the temporary closures were because of “the increasing risk posed by the COVID-19 Delta strain, as well as significant cancellations and a need to redeploy staff to support the pandemic response.”

A spokeswoman for BreastScreen NSW said it would closely monitor the suspension of services. Modelling it commissioned suggested that provided women went on to screen once the program recommenced, “the impact was minimal”.

Roslyn Cronin from Croydon received an early breast cancer diagnosis during routine screening last November after having no symptoms and not having detected any lumps herself.

“I was really lucky because the cancer was only two centimetres, and it was only through the breast scan that it was discovered,” she said.

She had two lumpectomies and radio therapy and has been declared cancer free since April.

“It might have been a different outcome and maybe a mastectomy if the diagnosis was delayed,” Ms Cronin said.

Radiation oncologist Associate Professor Peter O’Brien who chairs RTAG said there needed to be a more balanced discussion about what services were open and closed during the pandemic. For women over the age of 50 “the risk of breast cancer is much greater than your risk of getting COVID”. He was concerned “delays in diagnosis are going to have a negative impact on the outcome for patients”.

The RTAG report says UK Charity Breast Cancer Now has calculated that about 8600 British women who have missed a scan as a result of COVID-19 restrictions have undetected breast cancer as a result. A study in the Lancet medical journal concluded delays in screening and diagnoses for the 12-month period from March 16, 2020 to March 15, 2021 would result in a 7·9–9·6 per cent increase in the number of breast cancer deaths.