During Congresswoman-elect Cori Bush’s first day on the job, she experienced the kind of racial aggression and white obtuseness that Black women face daily in workplaces across the nation.

Several of her Republican colleagues, allegedly confused by her face mask, called her Breonna Taylor, the Louisville, Kentucky, ER tech and former EMT fatally shot down by police officers in her own home.

Bush tweeted, “It’s Day One, so I’m wearing my ‘Breonna Taylor’ mask. A few of my Republican colleagues have called me Breonna, assuming that’s my name. It hurts. But I’m glad they’ll come to know her name & story because of my presence here. Breonna must be central to our work in Congress.”

Discussing the painful day in more detail, Bush said, “Breonna Taylor does not have justice…she was murdered by police. … This has been national news for a long time. People have protested in the street with this name and it just saddens me that people in leadership, people who want to be in leadership, don’t know the struggles that are happening to Black people in this country…I didn’t hear it once. I didn’t hear it twice. I’ve been called Breonna Taylor several times today. But that’s ok. We’ll educate and make sure people know who she is.”

Bush is the first Black woman elected to serve Missouri in Congress in the state’s history.

In her acceptance speech, Bush said:

“As the first Black woman, nurse, and single mother to have the honor to represent Missouri in the United States Congress… let me say this. To the Black women. The Black girls. The nurses. The single mothers. The essential workers. This. Is. Our. Moment.

“Six years ago, St. Louis captured the eyes and ears of the entire world during the Ferguson uprising. We could not stand the injustice any longer, so – in the tradition of every one of our ancestors who fought for a better world – we organized for Michael Brown, Jr. We organized for more than 400 days, side by side, locked arm in arm, St. Louis strong. And now, in the face of a global pandemic and the relentless attacks on our right to vote, we organized all the way to the ballot box. We mailed in our ballots, we voted absentee, we reached our families, our friends, our neighbors, and our peers – and we showed up … St. Louis strong.” 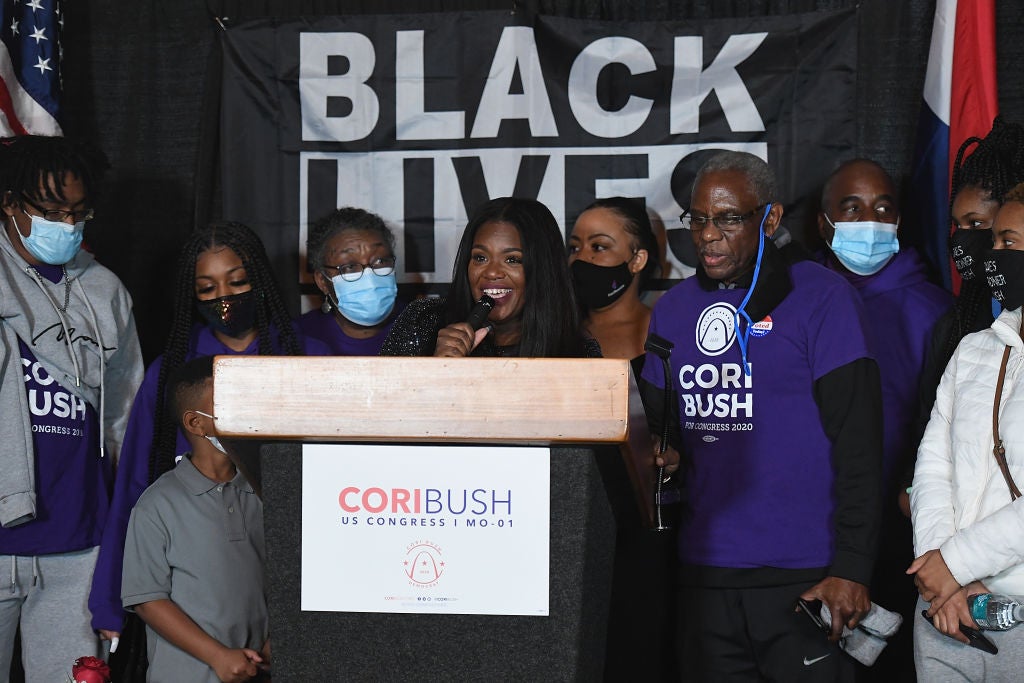