TRIUMPHANT Joe Biden has taken a swipe at Donald Trump, after the president said he "can't put two sentences together".

After scoring a thundering victory in South Carolina's Democratic primary, Biden declared: “This is the guy who doesn’t know what he’s doing. He doesn’t know how to run the country." 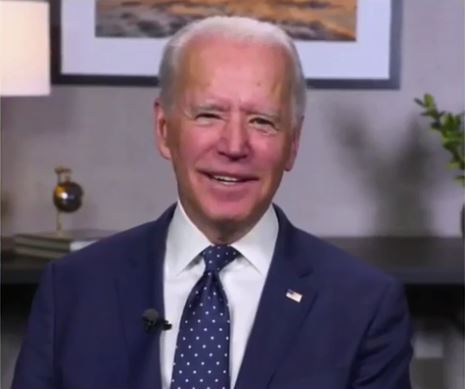 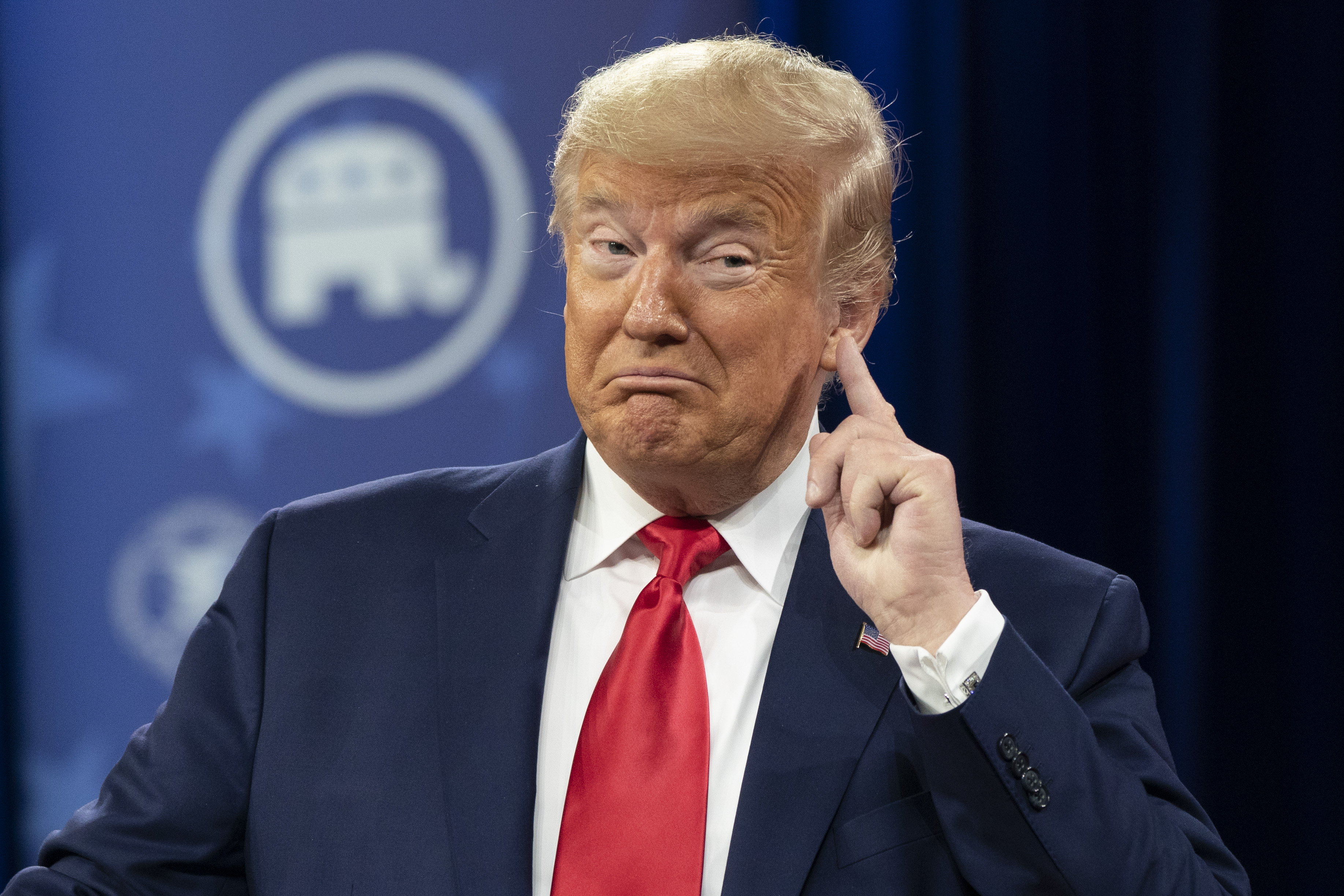 Biden won 60 per cent of the votes cast by non-white voters, dominating a crowded Democratic field.

He also did well with older voters, women, moderates and conservatives along with regular churchgoers, according to Associated Press' VoteCast.

Biden won about three times as many delegates in South Carolina as Bernie Sanders, his nearest rival.

Clearly paying close attention to the Democratic race, he asked: "How could you be easier to beat than Joe? That guy can't put two sentences together.

"But you know he is more down the middle. Everyone knows he's not a communist and with Bernie there a real question about that." 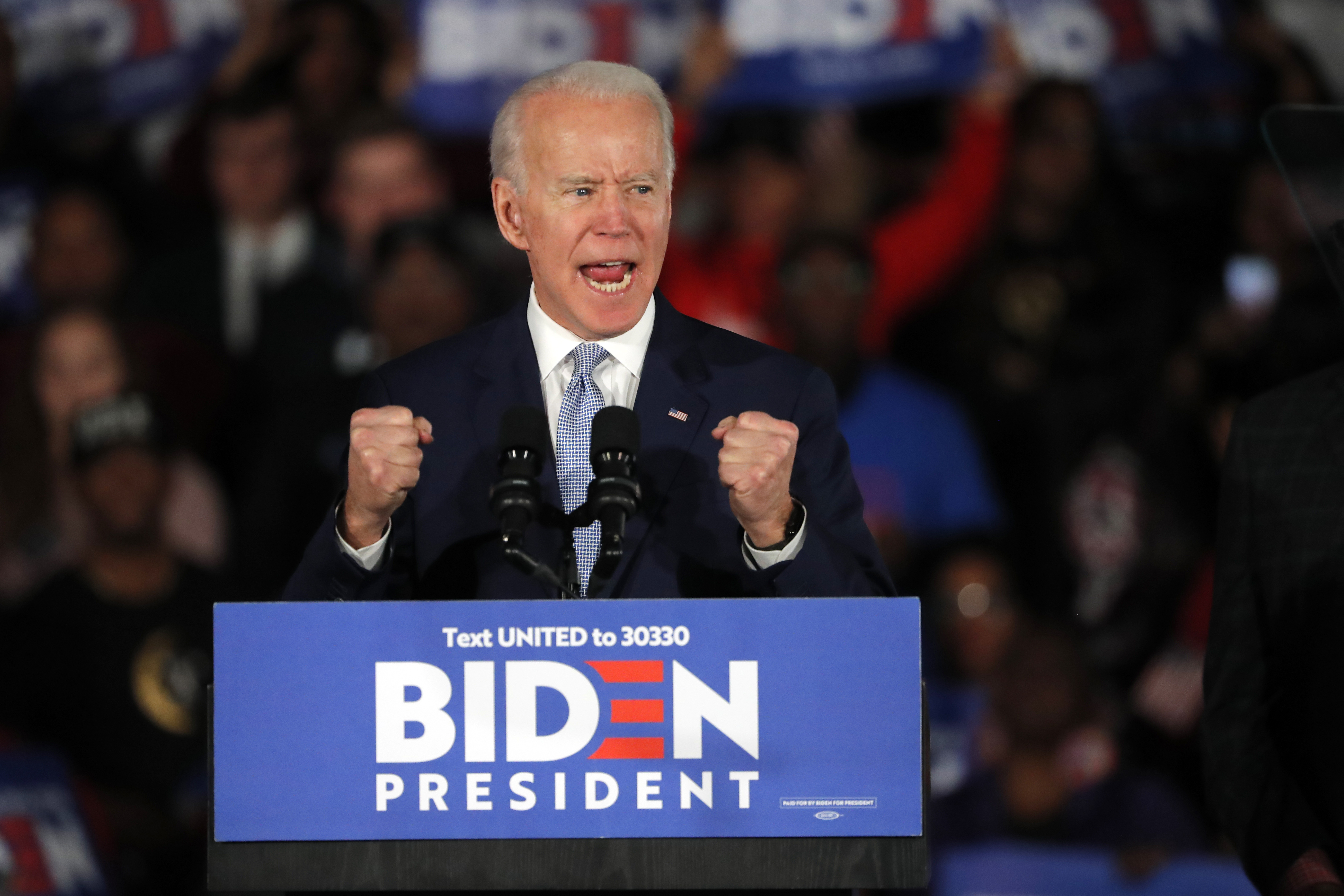 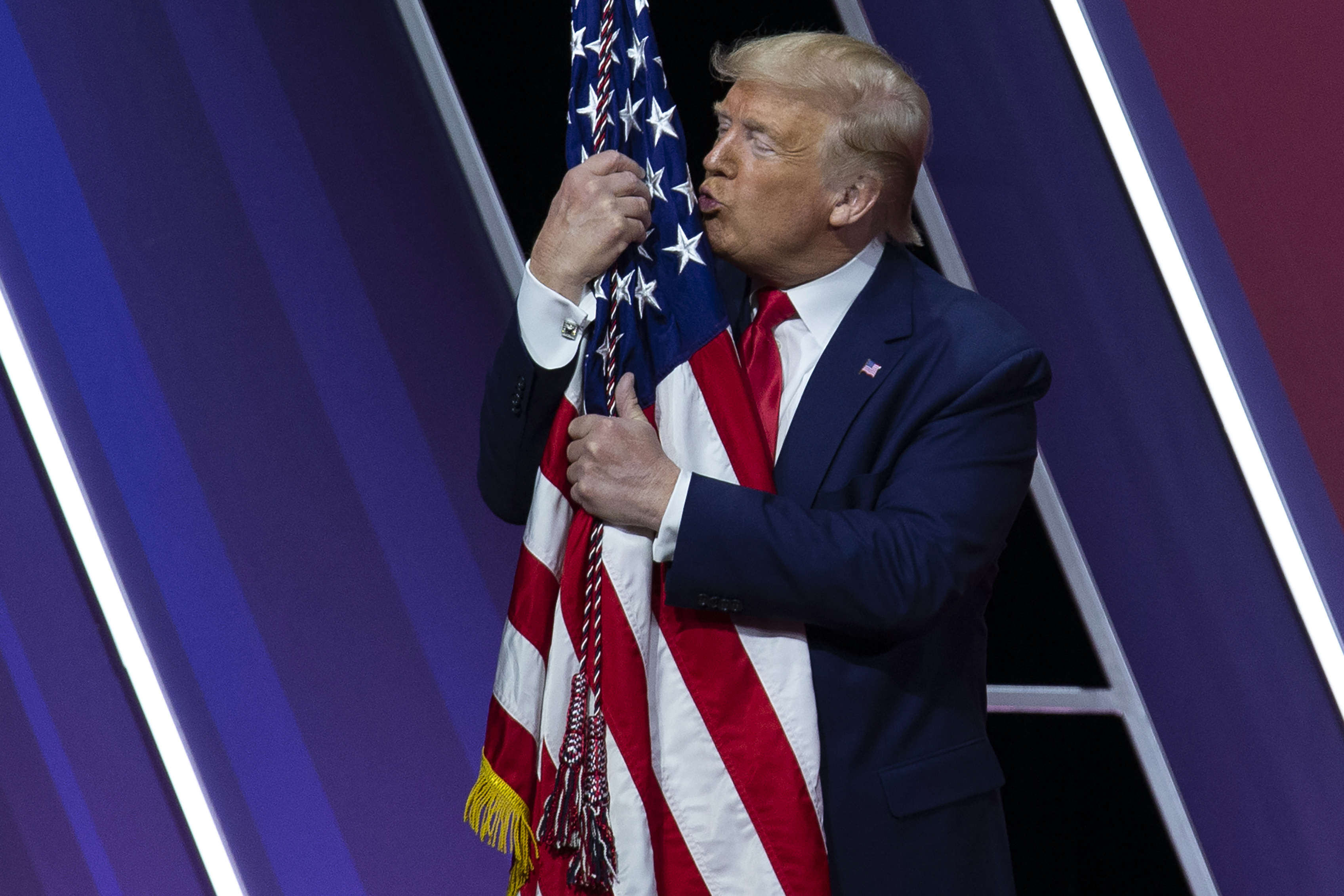 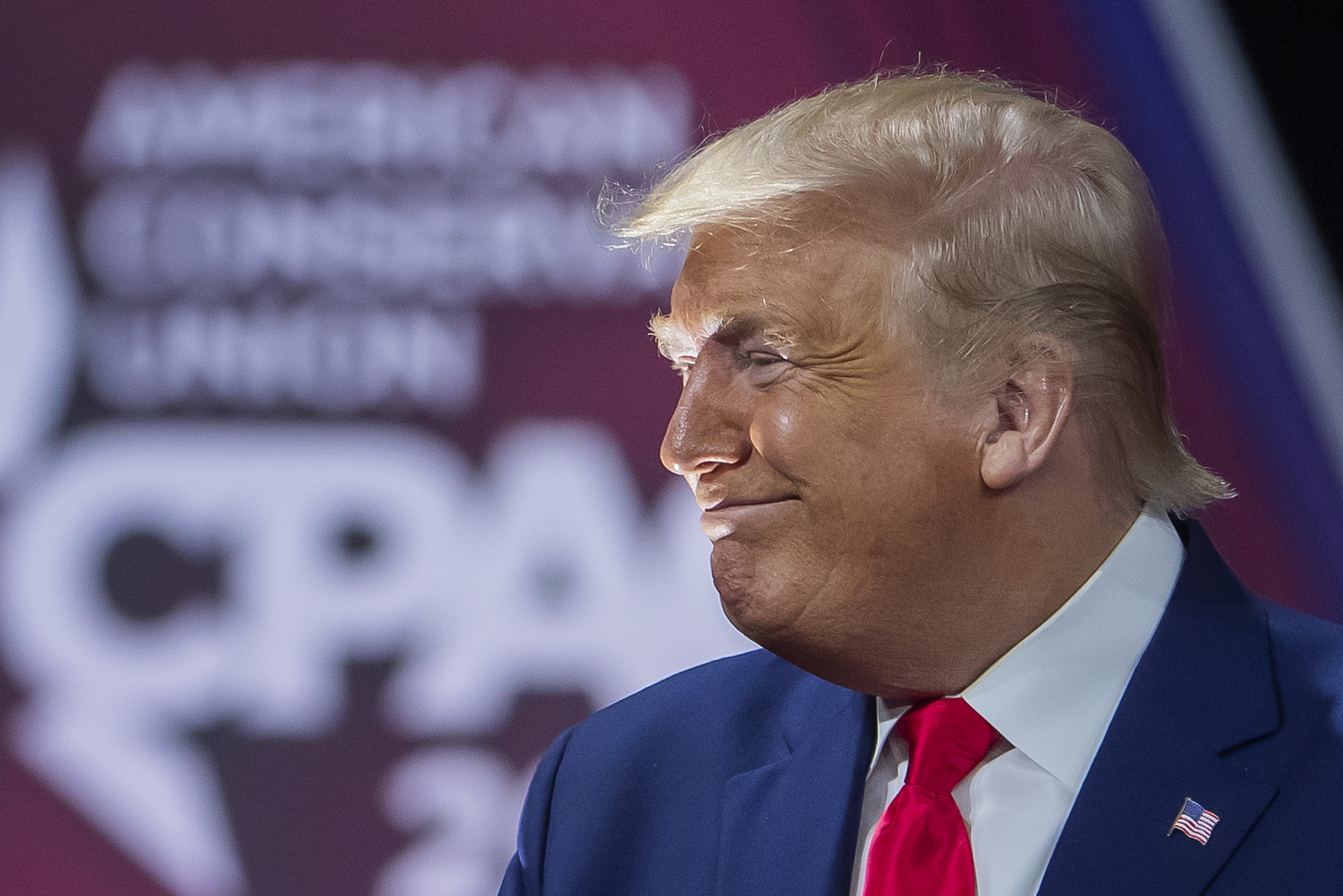 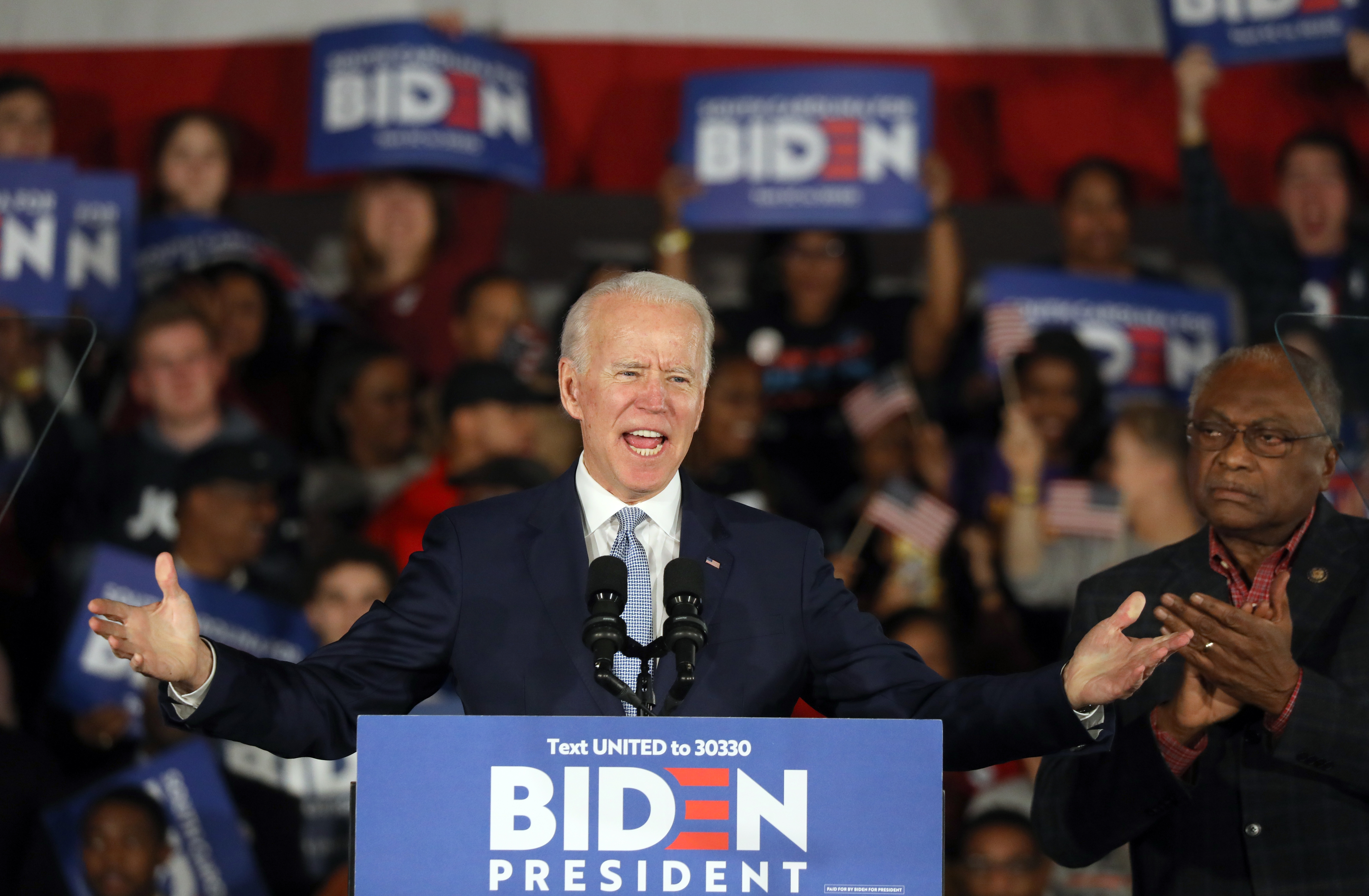 The President also told a fired-up audience: “We’ve got Sleepy Joe, we’ve got Crazy Bernie, we’ve got Mini Mike [Bloomberg] – but I think he’s out of it (the candidates’ race)."

Trump poked fun at Biden, after he suggested in a recent debate that 150million people were killed by guns since 2007. The Democratic contender meant to say there had been 150,000 fatally shot.

Trump said: “Did he just say that we killed 150million people? That’s half of our population.”

He also asked those at the conference to “scream” to show whether it would be easier for him to beat Biden or Sanders in the election.

The latter got the loudest roar at the CPAC conference – where participants walked around wearing Trump memorabilia including "Make America Great Again" and "Keep America Great" hats.

In response, Biden told Fox News today that he wouldn't stoop to Trump's level, and trade insults with him in public.

He added: "I’m not going to assign names and insults to the ‘stable genius’.

In his victory speech, after scooping a win at South Carolina, Biden told his jubilant supporters: “Just days ago, the press and the pundits had declared this candidacy dead.

"Now thanks to all of you, the heart of the Democratic Party, we just won, and we’ve won big.”

He also said: “We have to beat Donald Trump and the Republican Party.

“But here’s the deal: we can’t become like them… we can’t have a never-ending war.”

"We are very much alive," Biden also declared at an exuberant post-election rally.

"For all of you who have been knocked down, counted out, left behind – this is your campaign," he added.

Biden is keen to "keep Nancy Pelosi in the House of Representatives as a Speaker, and take back the United States Senate.

“If Democrats nominate me, I believe we can beat Donald Trump."

Biden vowed to improve his campaign operation, his faltering fundraising and even his own performance as the race pushes toward Super Tuesday.

While appearing on ABC's This Week, he said: "I feel good. I can win and I can bring along Democratic victories." 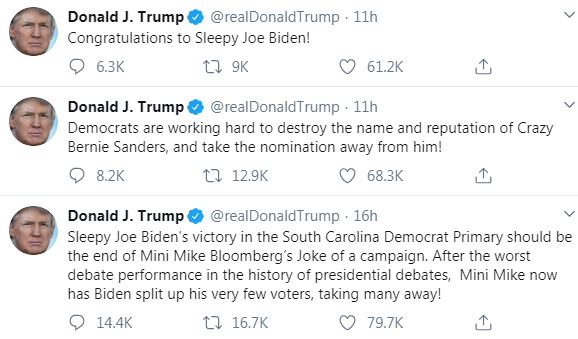 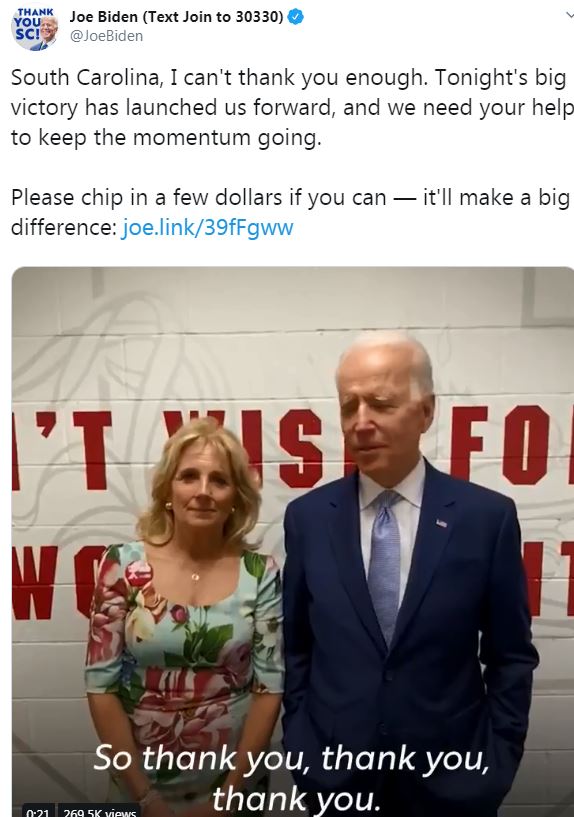 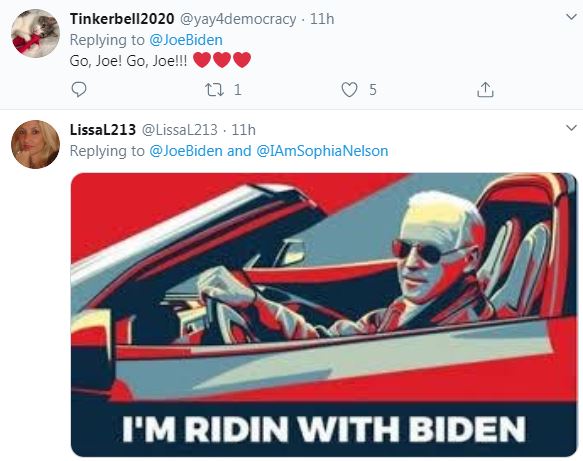 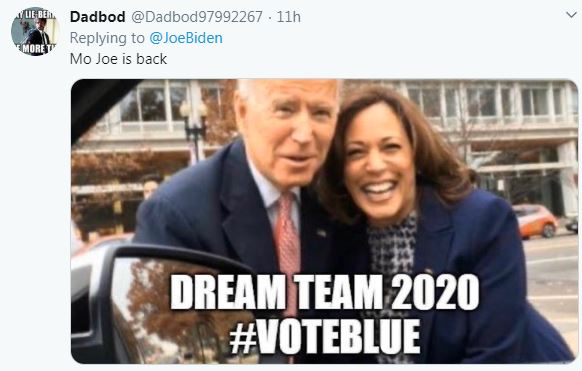