WASHINGTON – A retired three-star general has been suspended from a $92-an-hour contract consulting the Army and is under investigation after posting a tweet that appeared to mock first lady Jill Biden on a hot-button social issue, according to the Army.

On June 24, the first lady posted a tweet condemning the Supreme Court’s decision overturning the constitutional right to abortion, which read in part: “For nearly 50 years, women have had the right to make our own decisions about our bodies. Today, that right was stolen.”

Volesky replied with his own tweet: “Glad to see you finally know what a woman is”.

His response represents a breach of decorum for a retired military officer and a foray into partisan politics by an official on the payroll of the Pentagon, which is supposed to steer clear of such matters, experts say. His tweet has been deleted.

Volesky’s post seemed to echo an exchange in March between Sen. Marsha Blackburn, R-Tenn., and Judge Ketanji Brown Jackson at the justice’s confirmation hearing, during which Blackburn pressed the judge to give a definition for the word “woman” in the context of transgender rights.

Volesky did not respond to a request for comment. A spokesman for Jill Biden, Michael LaRosa, declined to comment.

It’s not the first time Volesky has posted a tweet with political overtones. In July 2021, he responded to a tweet from Rep. Liz Cheney, R-Wyo., in which she wrote, “I’m honored to be on Jan. 6th select committee. Our oath to the Constitution must be above partisan politics.” 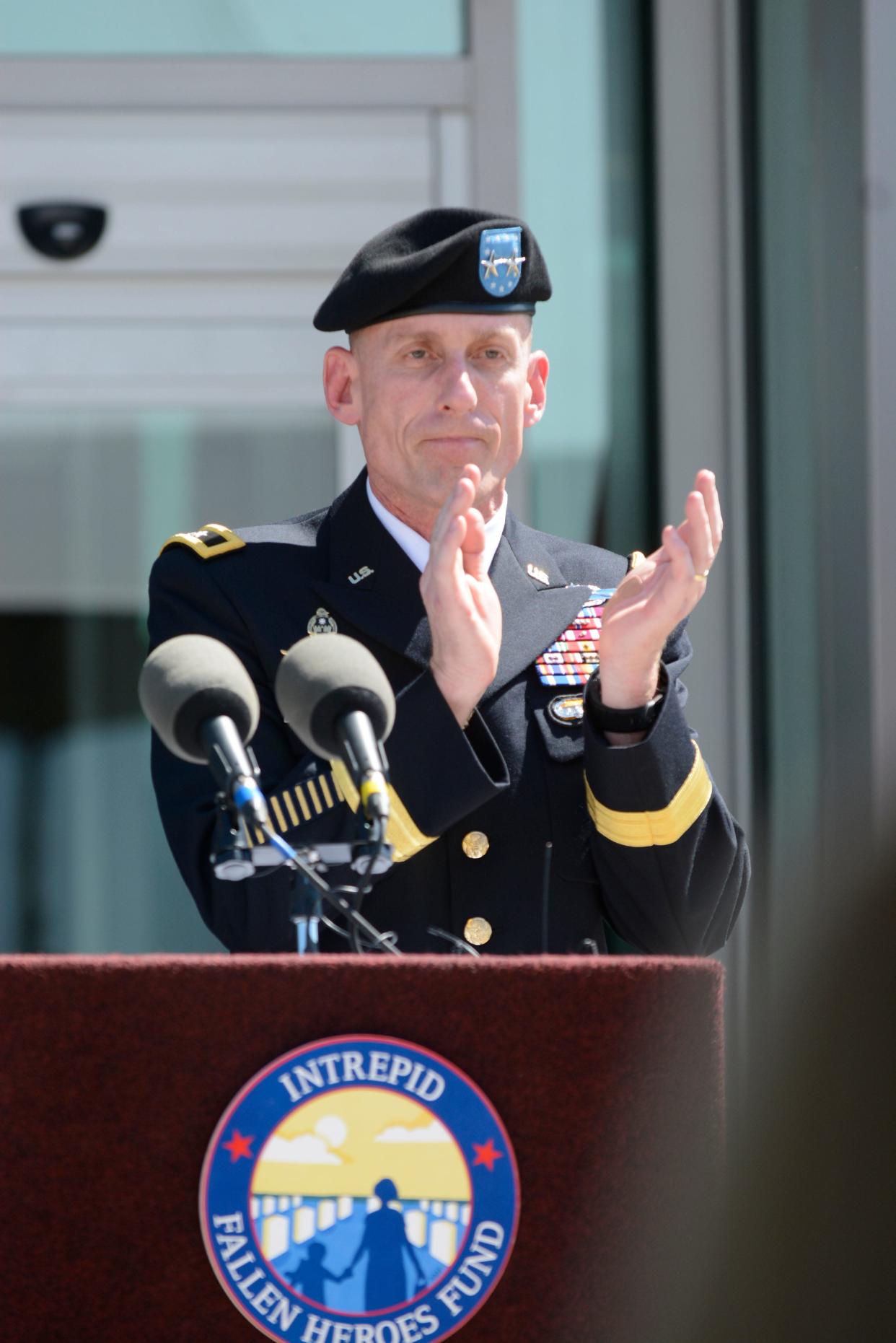 Volesky responded: “This is all about partisan politics.” He was apparently criticizing the Jan. 6 committee’s investigation into the violent assault on the U.S. Capitol, in which supporters of then-President Donald Trump tried to stop the certification of Joe Biden’s election win.

Volesky was hired under a Pentagon program as an expert with the experience and skills to bring “enlightened thinking” to the military, according to the Pentagon’s description of the program. He was paid $50,046 for his work from November 2020 to August 2021, and $18,952 from September 2021 to June 2022, according to the Army.

Senior uniformed officers take pains to avoid the appearance of participating in politics, and civilian control of the military is foundational to the American government. That tenet has been under increasing stress.

Following the Jan. 6, 2021, insurrection, Army Gen. Mark Milley, chairman of the Joint Chiefs of Staff, sent an extraordinary memo to troops reminding them of their oath to the Constitution. In 2020, Milley himself apologized for appearing with Trump after peaceful protesters were forcibly cleared from Washington’s Lafayette Square so the president could hold a photo opportunity.

During the Trump administration, several retired top officers, including Adm. William McRaven, the Navy SEAL who led the raid that killed Osama bin Laden, and General Stanley McChrystal, who led the war in Afghanistan, criticized Trump in blunt terms. McRaven accused Trump of “actively working to undermine every major institution in this country,” in a Washington Post op-ed.

Andrew Bacevich, emeritus professor of history at Boston University and a retired Army colonel, was baffled that Volesky would risk the military’s reputation on Twitter.

“What’s difficult to understand is why he or any other retired senior officer would undermine the military’s reputation for being above politics just to score some cheap partisan points on social media,” Bacevich said.

If McRaven and McChrystal’s comments stepped across the line into political commentary, Volesky’s “snark” went further, said Peter Feaver, a political science professor at Duke University and an expert in civilian-military relations. Volesky’s tweet in response to the first lady’s message is not a close call, he said.

“Retired military have the right to express their opinions and tweet whatever they like, but that does not make it right,” Feaver said. “And the more senior the retired military, the more detrimental to healthy civil-military relations an errant tweet can be.”

Retired senior officers can make “useful contributions” when they weigh in on policy matters in their area of professional expertise, he said.

“But when they stray from areas of core competency to offer shrill partisan jibes, they violate the norms of their profession and make the jobs of current senior military leaders that much more difficult,” Feaver added.

A highly decorated infantry officer, Volesky was a star in Army, rising to near the pinnacle of the service. Key to his rise was his bravery in leading a rescue mission in Iraq in 2004, in which he led an armored column under fire to retrieve soldiers and their disabled Bradley Fighting Vehicle.

Later, the Army named him its chief spokesman, leading its office of public affairs. He took command of the Army’s legendary 101st Airborne Division, a portion of which he led to Africa in response to the outbreak of Ebola in 2014. 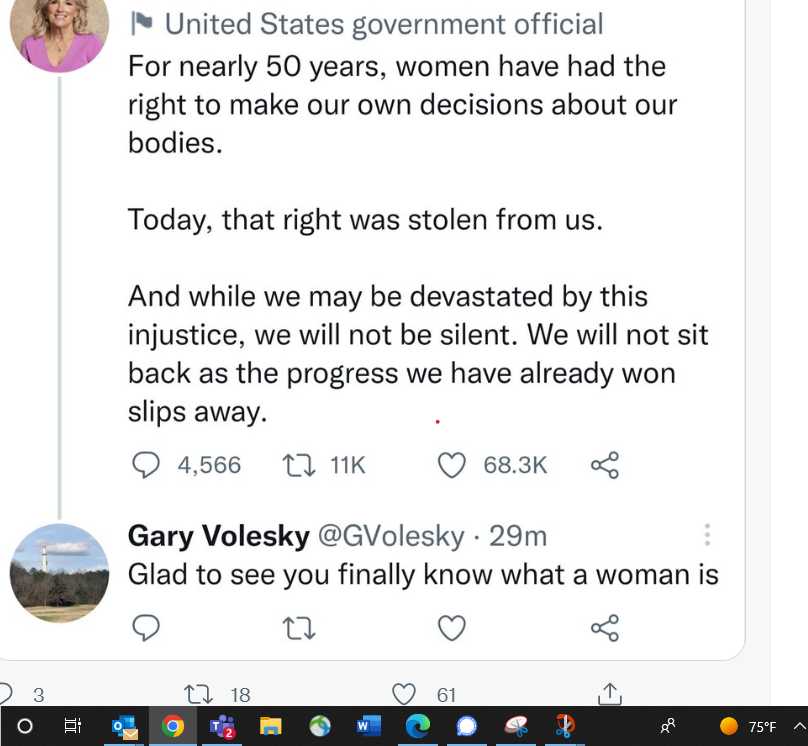 Volesky earned his third star and became commander of I Corps at Joint Base Lewis-McChord in Washington state. That command had him overseeing more than 40,000 soldiers including bases in Washington, Alaska and Hawaii.

After he retired, Volesky signed on with the Army on a contract basis as a “senior mentor,” advising active-duty officers.

Thesenior mentor program had flourished at the Pentagon with little scrutiny until a USA TODAY investigation in 2009 showed that the majority of the 158 retired generals and admirals under contract also worked for defense contractors, even as they were billing taxpayers more than $300 per hour while also collecting government pensions.

Congress mandated that the Pentagon establish rules for the mentor program, including capping pay and requiring retired officers to file financial disclosure forms. In 2010, the Pentagon listed 355 senior mentors on its roster. In 2011, the year after the pay cap and conflict-of-interest safeguards went into effect, that number dropped to three.

The Pentagon has unique authority in the federal government to hire retired senior officers like Volesky, whom it refers to as “Highly Qualified – Senior Mentors.” They possess “uncommon, special knowledge, skills, and experience in an occupational field; and judgment that is accorded authority and status by peers or the public,” according to the Pentagon’s description of the program. They’re hired “to bring enlightened thinking and innovation,” the description reads.

Senior mentors are held to a higher standard than other retired officers, Feaver said. They’re needed to teach active-duty officers how to navigate serving during a politically polarized time. 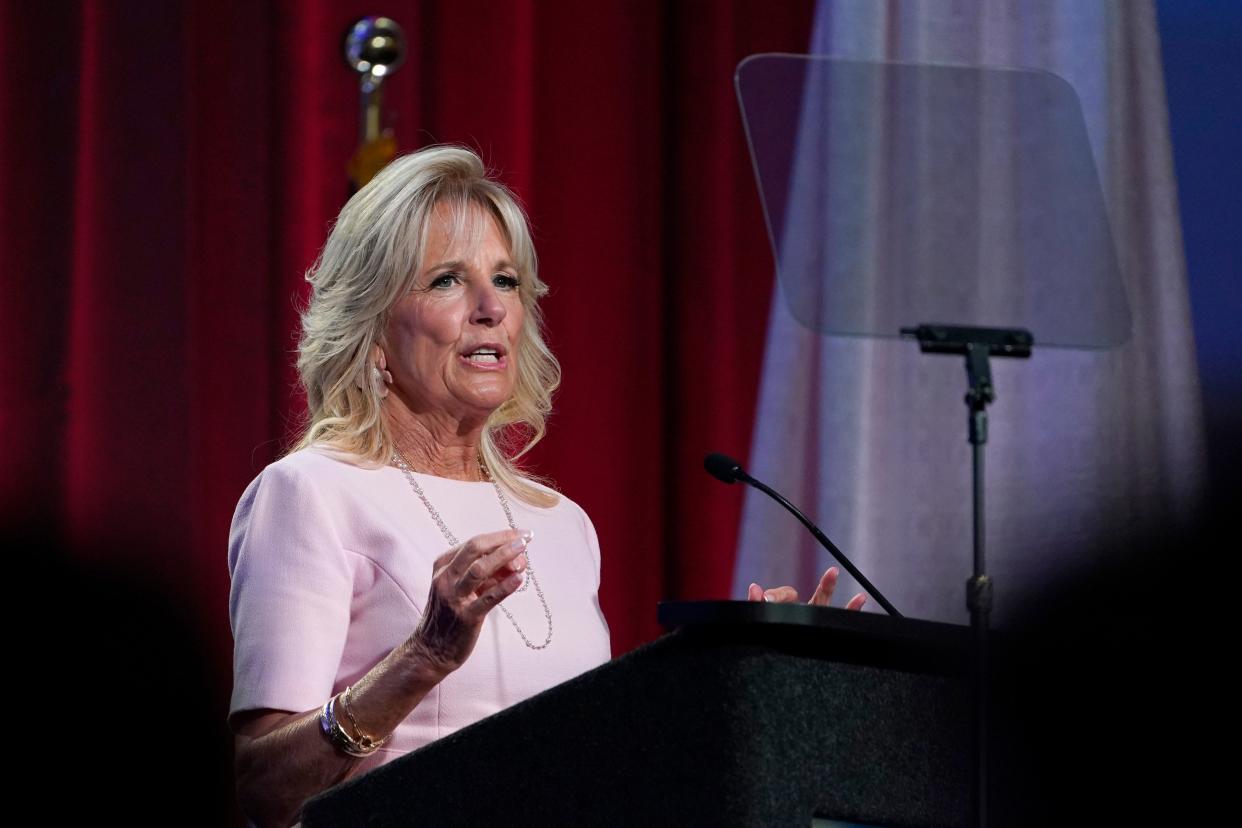 “They’re hired not just for their military expertise but for their character and for upholding professional standards,” he said.

The active-duty leaders Volesky had counseled as a senior mentor may find it harder to do their jobs because of his tweet, said Kori Schake, an expert on civilian and military relations and director of foreign and defense policy studies at the American Enterprise Institute. Volesky has a right to free expression as a civilian, but his status as a retired senior officer binds him to the military in the eyes of the public, she said.

“It does reduce the respect the public has for the military as an institution,” she said.

The tweet also puts the Army in a bind, Schake said.

“It’s certainly unseemly to have someone so engaged in political commentary guiding active-duty leaders,” She said. “On the other hand, it’s a hard one for the Army – dismissing him for exercising protected political speech. He’s an American citizen expressing his constitutionally protected views.”

Volesky’s tweeted response to Biden was an apparent reference to legal questions about transgender rights. Blackburn, the Tennessee Republican, had pressed Jackson about it during her confirmation hearing.

“Can you provide a definition for the word ‘woman’?” Blackburn asked, an apparent reference to legal questions about transgender rights.

“I can’t. Not in this context,” Jackson responded. “I’m not a biologist.”

“The meaning of the word ‘woman’ is so unclear and controversial that you can’t give me a definition?” Blackburn said.

Feaver had some advice for military leaders, active-duty or retired, on making political commentary. 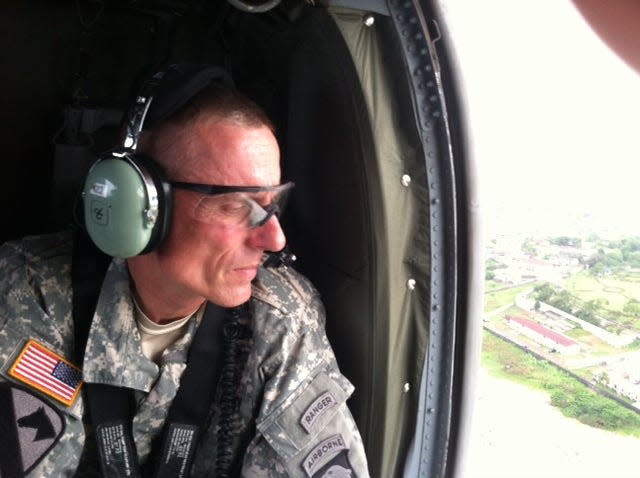