Hours after his case was thrown out by a judge, Ricky Martin is speaking out about the “painful” and “devastating” allegations made against him, reportedly by his nephew, as he turns his focus to healing.

The singer, 50, addressed his fans on camera in a video obtained by TMZ, and explained that he had not yet spoken out about the sexual abuse claims because he was legally required to keep quiet until he’d had his day in court.

A restraining order against Martin was dismissed by a judge on Thursday in court in Puerto Rico, after the star’s accuser asked to have the entire case thrown out.

For more on Ricky Martin, listen below to our daily podcast PEOPLE Every Day.

“I’m in front of the cameras today because I really need to talk in order for me to start my healing process,” Martin said in the video. “For two weeks, I was not allowed to defend myself because I was following a procedure where the law obligated me not to talk until I was in front of a judge.”

He continued: “Thank God [these] claims were proven to be false, but I’m going to tell you the truth. It has been so painful. It has been devastating for me, for my family, for my friends. I don’t wish this upon anybody.”

While Martin, who has denied the allegations against him since they emerged earlier this month, did not identify his accuser, the Spanish media outlet Marca previously reported it to be his nephew Eric Martin, the son of his brother.

“To the person that was claiming this nonsense, I wish him the best. And I wish he finds the help so he can start a new life filled with love and truth and joy and he doesn’t hurt anybody else,” Martin said in the video. “Now, my priority is to heal. And how do I heal? With music. I cannot wait to be back on stage. I cannot wait to be back in front of the cameras, and entertain, which is what I do best.”

He concluded: “Thank you to all of my friends. Thank you to all the fans who always believed in me. You have no idea the strength that you gave me with every comment you wrote on social media. I wish you love and light and here we come, with the same strength and passion. God bless you all.”

The “Livin’ la Vida Loca” singer saw victory on Thursday when his accuser asked that the case be dismissed.

“Just as we had anticipated, the temporary protection order was not extended by the Court. The accuser confirmed to the court that his decision to dismiss the matter was his alone, without any outside influence or pressure, and the accuser confirmed he was satisfied with his legal representation in the matter,” Martin’s attorneys said to PEOPLE in a statement. “The request came from the accuser asking to dismiss the case.”

The statement continued: “This was never anything more than a troubled individual making false allegations with absolutely nothing to substantiate them. We are glad that our client saw justice done and can now move forward with his life and his career.” 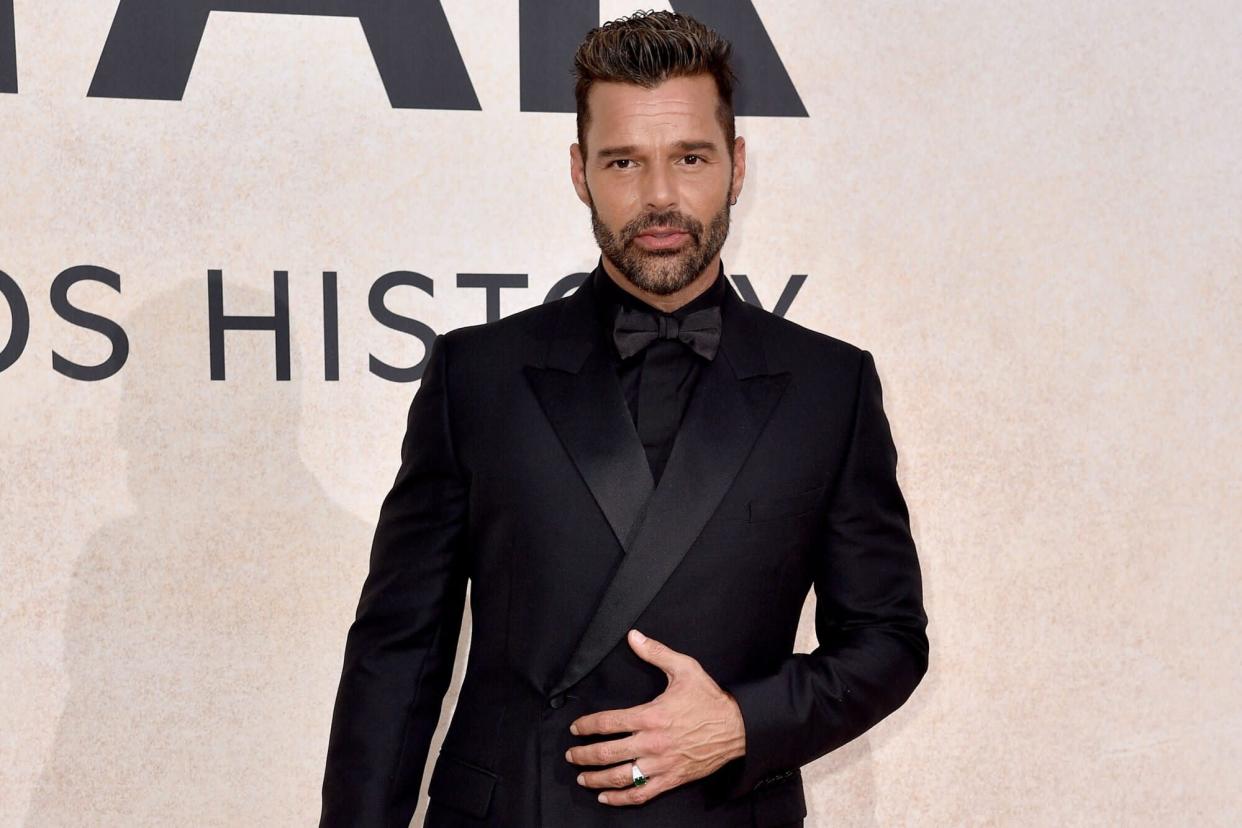 The star’s legal drama began earlier this month, when a restraining order against him was granted under Law 54, also known as the Domestic Abuse Prevention and Intervention Act.

His nephew reportedly alleged that he and Martin had had a romantic relationship, and additional reports indicated that the singer could face 50 years in prison.

“Unfortunately, the person who made this claim is struggling with deep mental health challenges. Ricky Martin has, of course, never been — and would never be — involved in any kind of sexual or romantic relationship with his nephew,” Marty Singer, attorney for the singer, told PEOPLE exclusively in a statement.

He continued, “The idea is not only untrue, it is disgusting. We all hope that this man gets the help he so urgently needs. But, most of all, we look forward to this awful case being dismissed as soon as a judge gets to look at the facts.”

The pop star continued to deny the allegations that led to the order, and his representatives called them “completely false and fabricated.”

“We are very confident that when the true facts come out in this matter our client Ricky Martin will be fully vindicated,” the reps told PEOPLE at the time.

Martin, who has been married to painter Jwan Yosef since 2017, echoed the denials in a statement of his own shared to Twitter, in which he said that the order was “based on completely false allegations.”

“The protection order entered against me is based on completely false allegations, so I will respond through the judicial process with the facts and dignity that characterize me,” the star posted at the time. “Because it is an ongoing legal matter, I cannot make detailed statements at this time. I am grateful for the countless messages of solidarity, and I receive them with all my heart.”