THIS is the bizarre moment Russian soldiers appear to be abandoned by their comrades who speed off in a "Z" marked truck in a chaotic retreat from Ukraine.

Drone footage shows the military vehicle steaming up a snowy hill as two frantic soldiers chase behind on foot amid reports Vladimir Putin's despairing troops are giving up in the face of stiff Ukrainian resistance. 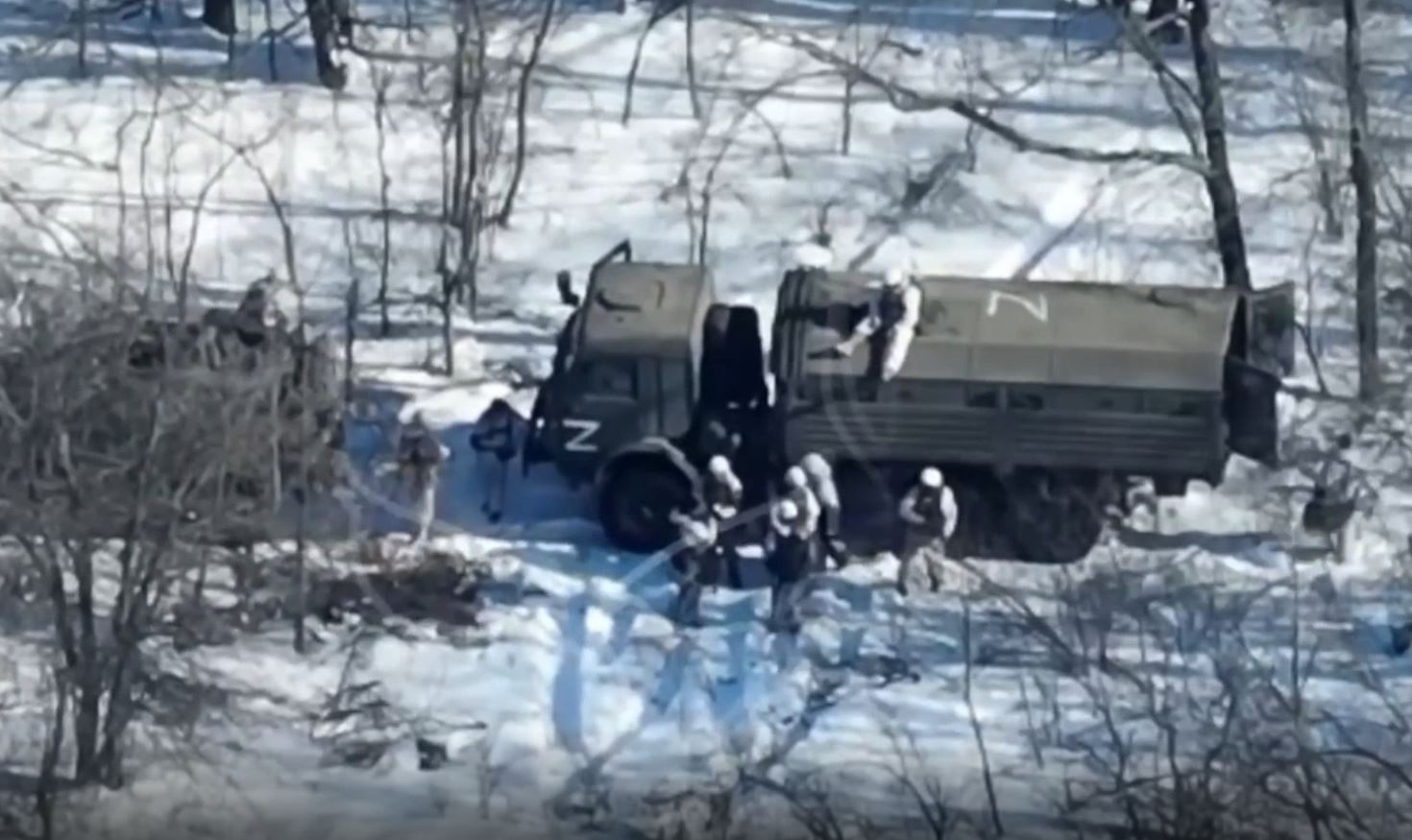 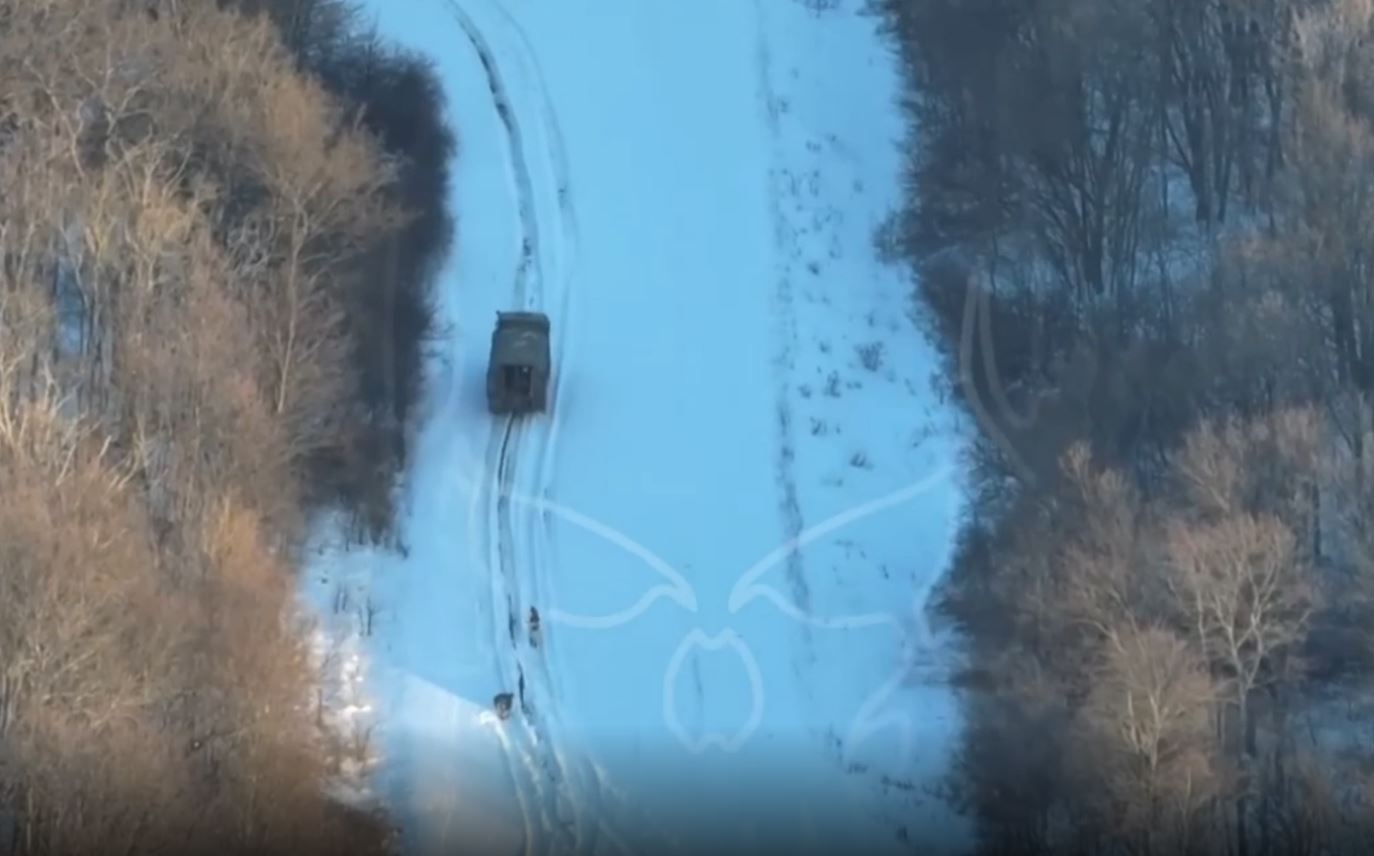 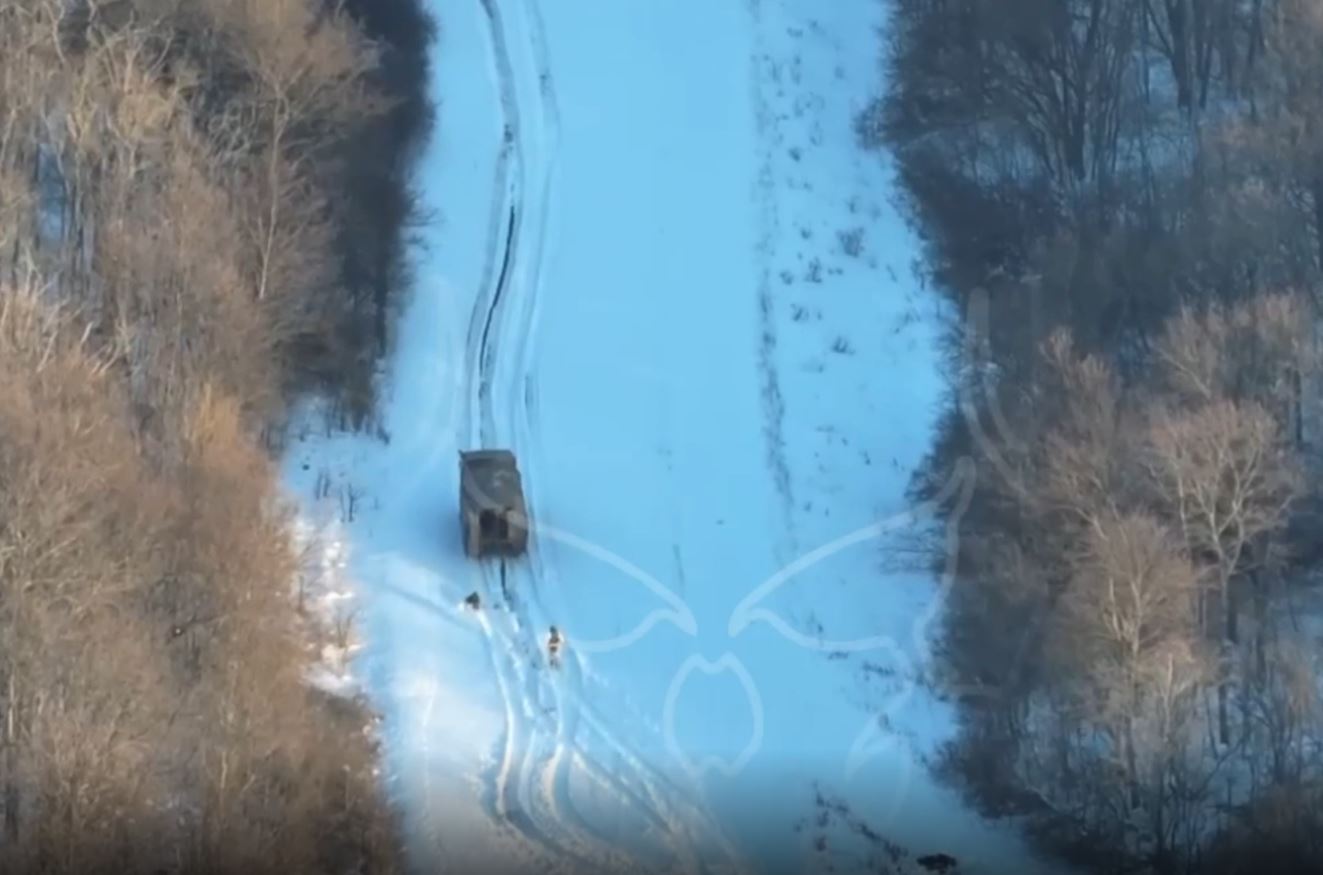 Several Russian soldiers can be seen standing around a truck with the distinctive Russian Z marking on it in the clip.

The footage – caught on a Ukrainian drone – then cuts to the same truck racing up an icy hill as at least two soldiers sprint behind, having been deserted by their comrades.

One soldier gets close to the back of the fleeing lorry before suddenly slipping and face-planting into the thick snow.

The date and location are not specified on the footage but, according to Ukrainian reports, the Russian unit fled from members of the 93rd Mechanised Brigade of the Ukrainian Ground Forces. 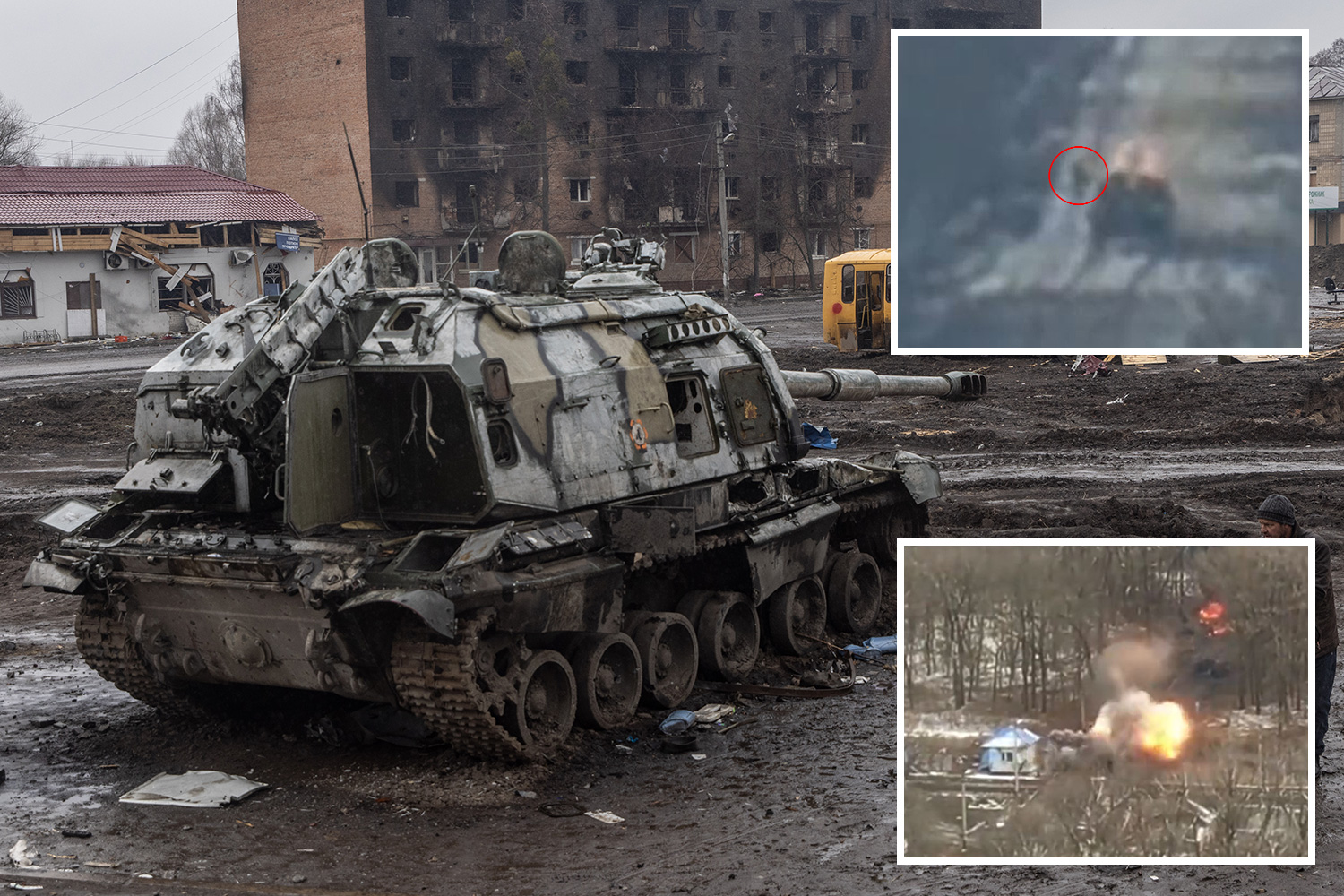 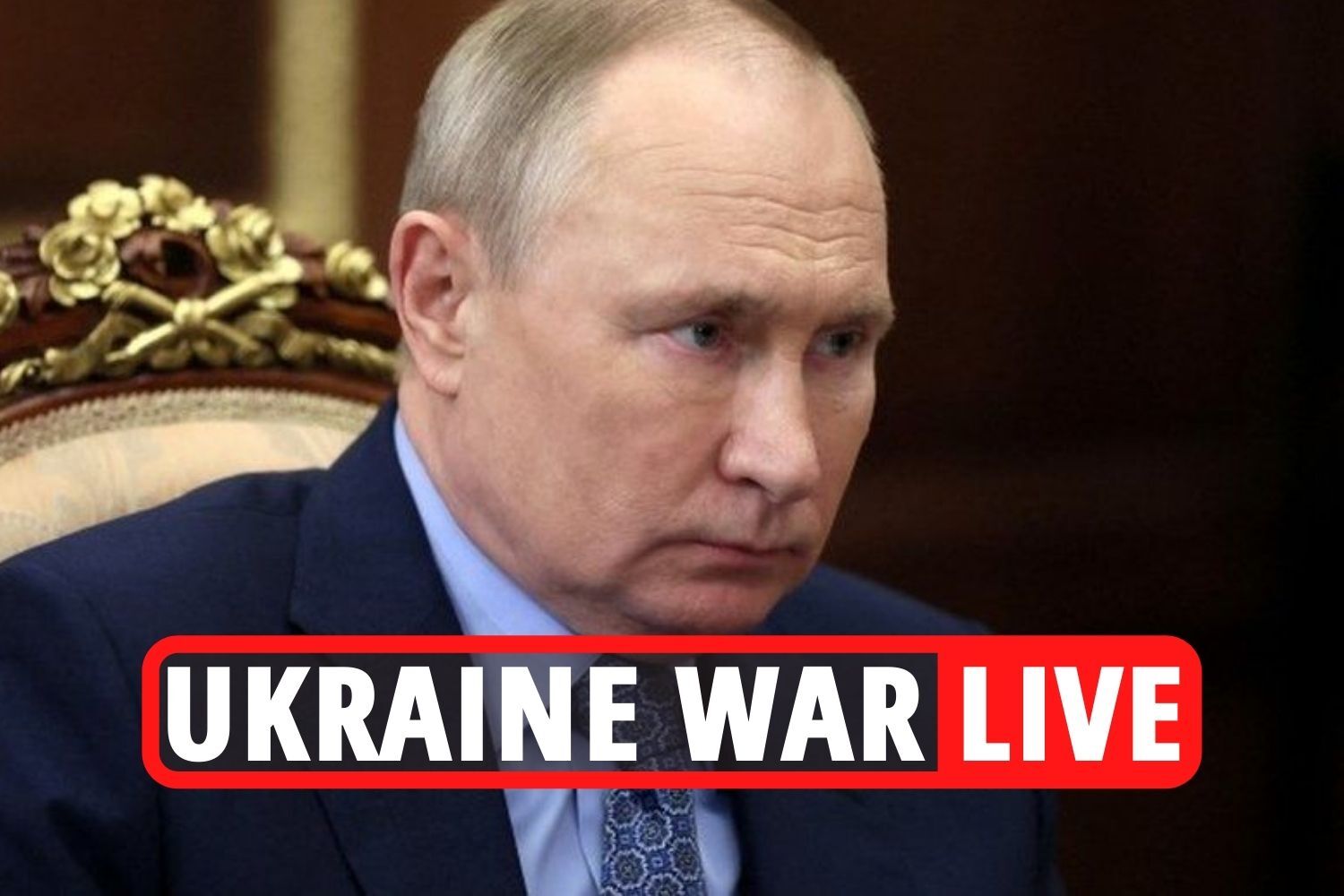 The clip has been ridiculed by the Centre for Strategic Communications for the Armed Forces of Ukraine.

"Another myth that 'the second army of the world does not leave behind its own' is debunked," the Ukrainian agency said.

It comes after a UK spy chief revealed Russian forces are sabotaging their weapons and refusing to carry out orders amid surging Red Army deaths.

According to Ukrainian officials, more than 17,000 Russian troops have been killed since Putin ordered his butchers to invade on February 24.

Vladimir Putin “massively misjudged” how hard conquering Ukraine would be but is bent on his “personal war” – even as his poorly fed and armed soldiers are giving up.

Telling footage showed despairing conscripts complaining of being “thrown into the s**t” with 1940s rifles that do not work.

Planes have been accidentally downed by friendly fire and Russia’s “command and control is in chaos,” GCHQ boss Sir Jeremy Fleming has said.

Captured Russian soldiers have formed their own battalion, and have been pictured training with their new Ukrainian comrades-in-arms. 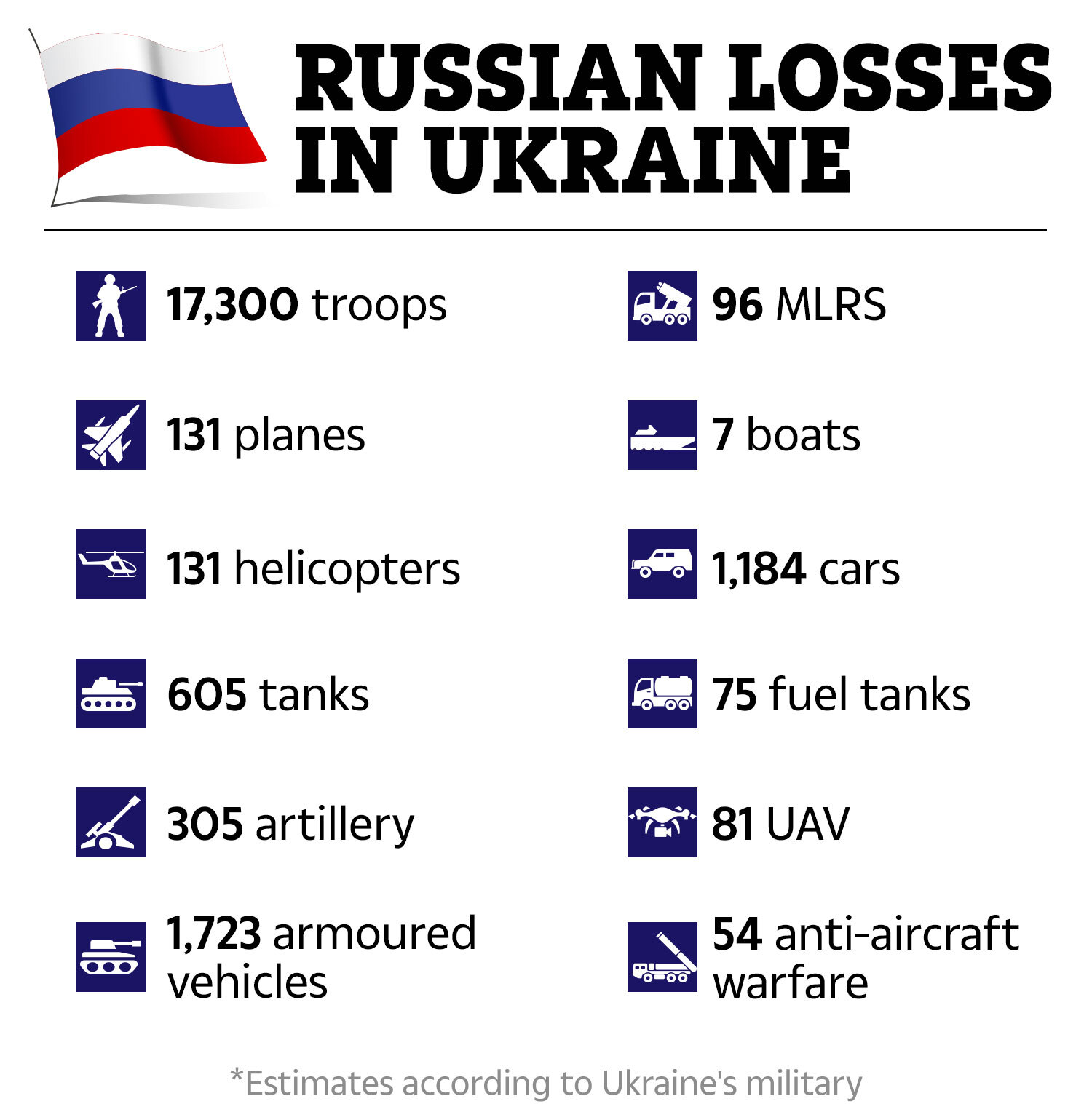 In a video posted on the app Telegram, a man claiming to be a former Russian soldier says he is now part of the so-called Freedom of Russia legion.

The Ukrainian Defence Ministry said on Telegram on Wednesday that commanders in this new legion are visiting detained Russian soldiers to select those who will switch sides and fight in the war for Ukraine.

In a follow-up post, it said the "first volunteers" of ex-Russian troops "have already begun" their training.

Last week soldiers in a tank drove over and killed their brigade commander, Colonel Yuri Medvedev.

It comes after dramatic footage showed the moment Russian tanks were annihilated by Ukrainian forces as a driver frantically climbed out of one and ran for his life.

Shocking footage shows smoke billowing from the vehicles as they erupt into fireballs after being blasted.

Ex-head girl ‘faked the will of old headmistress in bid to claim her £4.2m estate’

Meanwhile, it's reported dozens of Russian troops have been bussed out from the Chernobyl nuclear site with radiation sickness after digging trenches in fallout-contaminated forests.

Seven buses of Putin's soldiers suffering from acute radiation syndrome were taken to a hospital in Belarus from the exclusion zone, it's understood.