A disgraced former Royal Navy commander, who was once honoured by the Queen, has avoided jail after being caught on camera by paedophile hunters posing as a 14-year-old boy.

Lieutenant Commander Graham Trewhella, from Gosport in Hampshire, blamed ‘loneliness’ after being arrested for using dating app Grindr to meet someone he thought was a teenage boy, a court heard.

But when he arrived to meet ‘George’, the 62-year-old was instead greeted by a man from vigilante paedophile hunting group Trap, an online organisation with more than 241,000 likes on Facebook.

Hampshire Police were called by the group and later found more than 1,000 indecent images of children on his computer.

Trewhella was arrested by officers on October 28, 2017, before retiring from his position in the Navy.

Portsmouth Crown Court heard that the father of three, who used his own photos for his Grindr profile, spent two days messaging someone he believed to be a 14-year-old boy called ‘George’.

Following his arrest, police found nearly 1,100 indecent images of children on his Dell computer – including 329 of the most severe category – with analysis suggesting searches for the images dated back to 2015.

Trewhella pleaded guilty to charges of attempting to arrange or facilitate a child sex offence, attempting to engage in sexual communication with a child, and three charges of making indecent images.

Mr Hall said: ‘The person posing as George made it plain that he was only 14 and asked whether the defendant would be happy with that and he said that he was.

‘This went on for certainly two days.’ 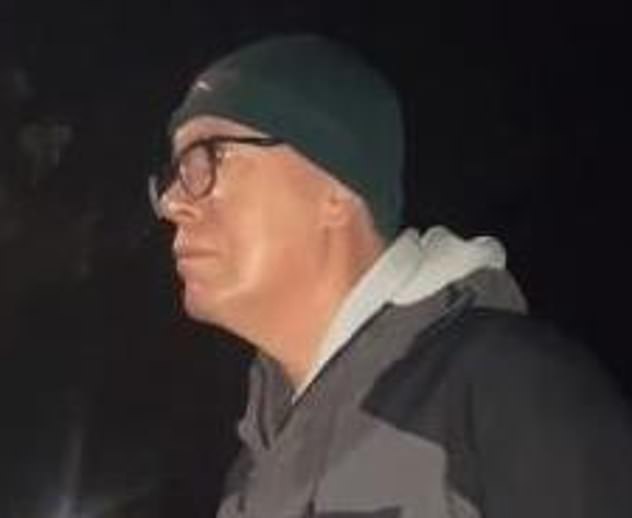 Lieutenant Commander Graham Trewhella (pictured) 62, from Gosport in Hampshire, was caught by paedophile hunters from the online group Trap when he tried to meet a 14-year-old boy

In a video uploaded to Trap’s social media pages, a shocked Trewhella stands in a hat and grey Rab coat, and is challenged by a man who tells him: ‘You’ve thrown your life away’.

Struggling for words, Trewhalla replies: ‘I don’t do anything outside’ and ‘I wasn’t going to do anything’.

When he later spoke to probation, Trewhella admitted his actions were ‘absolutely wrong’ and ‘unbelievably irresponsible’.

‘When I look at what I’ve done now it horrifies me – I’m incredibly remorseful.’

Trewhella had been named on the New Year’s honours list in 2009 for services to the Royal Navy.

In mitigation, Phillip Allman told the hearing that Trewhella’s three children had remained supportive of their father.

He added that his actions came as ‘a result of loneliness’ after splitting with his wife 15 years ago, saying: ‘This is the most remarkable stain on his character.

‘It’s something he will ultimately have to live with for the rest of his life,’ Mr Allman said.

Sentencing, Recorder Simon Levene handed him a 17 month jail sentence suspended for two years, commenting that putting him behind bars would do ‘nothing towards he rehabilitation’.

Mr Levene said: ‘You are deeply ashamed and very, very embarrassed – not just at being caught but at what you realise you’ve been up to over the last few years.

‘I accept that this is a case where I can suspend the sentence because I think that you fall into that category of offender who can be helped.’

He added that in jailing him there was a risk that sex criminals in prison could make him an even worse offender.