Joe Biden vows he will retaliate after government cyberattack

A 20-year-old Russian beautician was mauled by a pack of wild dogs that tore off her face, chomped flesh from her limbs and ripped off all her clothes in subfreezing eastern Siberia, according to a report.

Tatyana Loskutnikova was savagely attacked by the 10 dogs as she walked through Ulan-Ude city early Wednesday – before residents who heard her screams shooed away the animals, East2West News reported.

The critically injured woman – who suffered severe blood loss — was carried to a nearby house and then rushed to a hospital, where she was placed in a medically induced coma and on a ventilator, according to the outlet.

Her family said her face has been “damaged beyond recognition.”

“The victim is in intensive care after anti-shock therapy,” said Dr. Igor Shpak, head physician at the Republican Clinical Hospital.

“Surgeons, neurosurgeons, traumatologists, otolaryngologists and maxillofacial surgeons are all fighting for her life,” he added. “The patient was delivered to us in an extremely serious condition suffering hemorrhagic and painful shock.”

Only her eyes remained on her disfigured face, according to the hospital.

Loskutnikova had “multiple lacerated and bitten wounds on the face, body, and limbs,” Shpak said. “The percentage of damage is extremely high. Her blood pressure is extremely low.”

Local resident Alexandra Andreevna, who helped save the woman, said she heard screaming and barking.

Andreevna said the woman was no longer screaming.

“She was conscious, but, apparently she could no longer scream because of pain,” she said, adding that she used a stick to beat away the crazed dogs and bang on a fence to alert others. 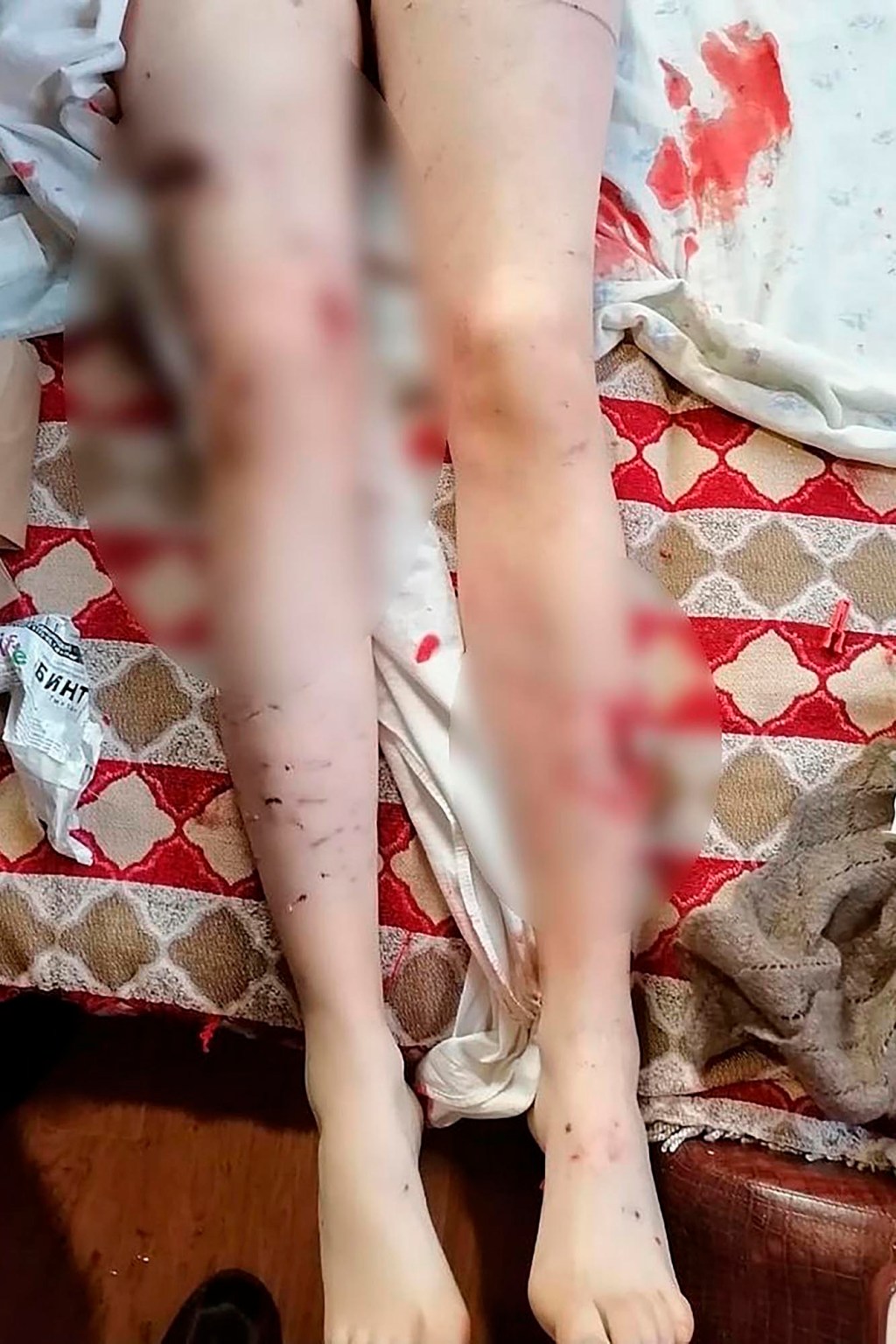 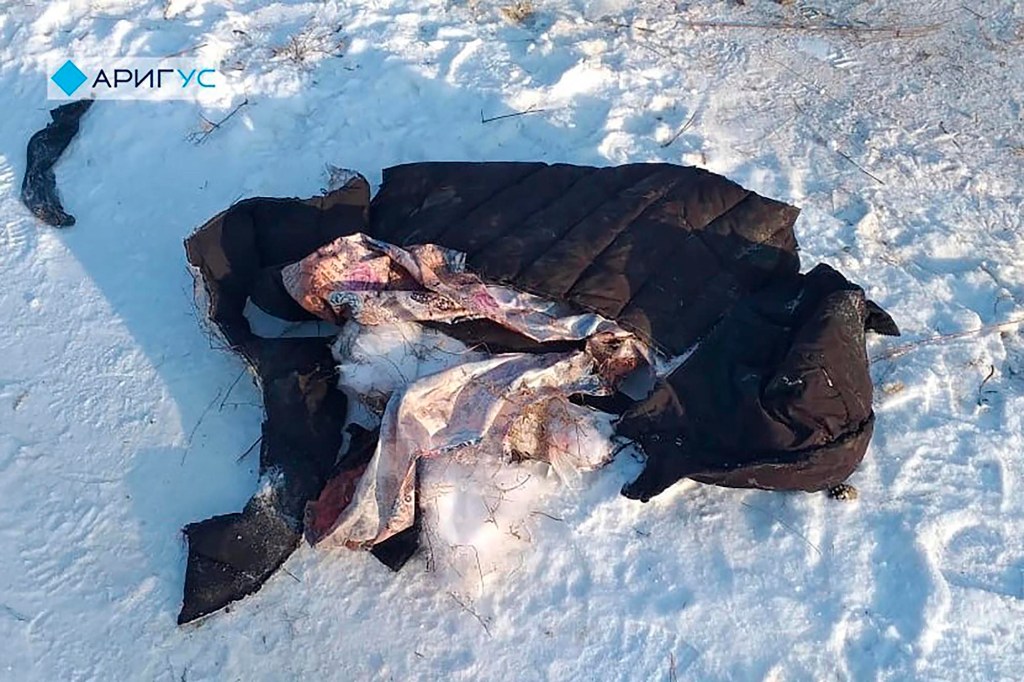 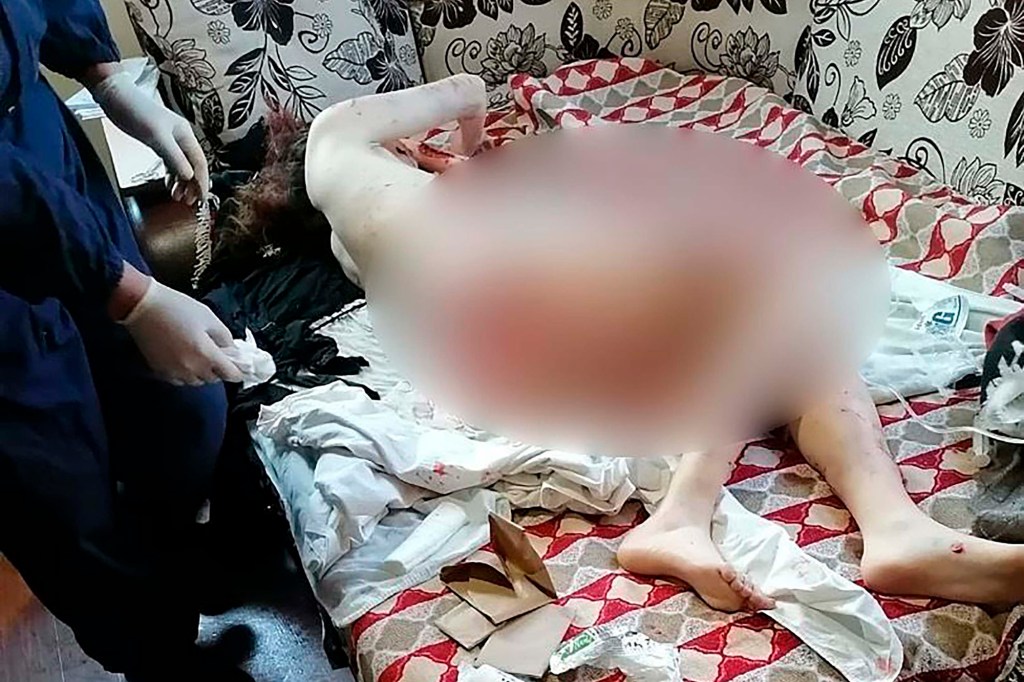 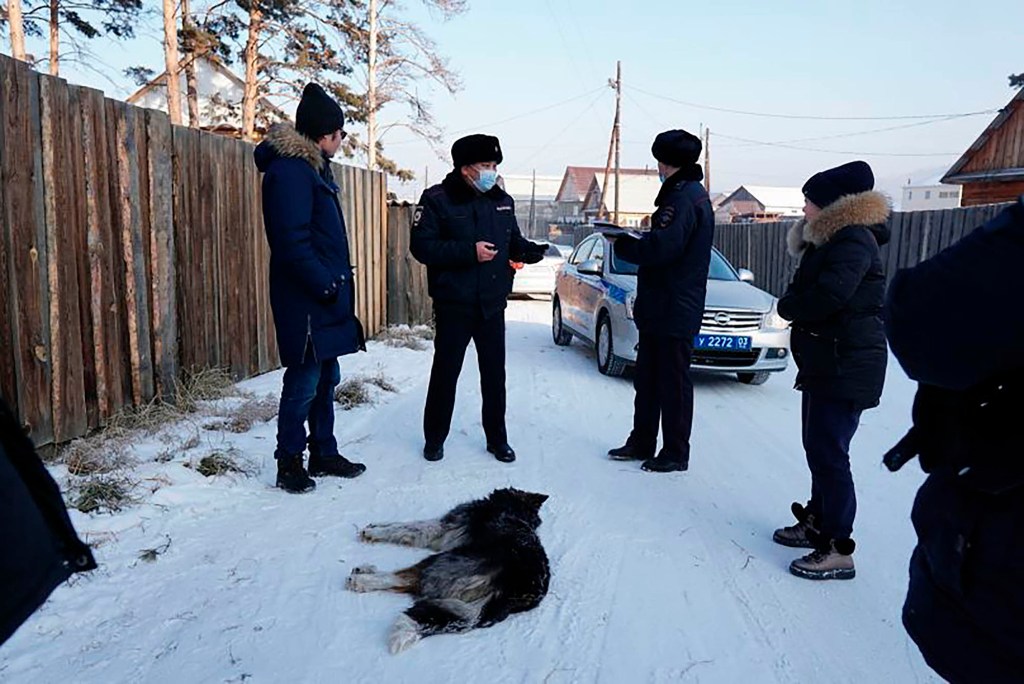