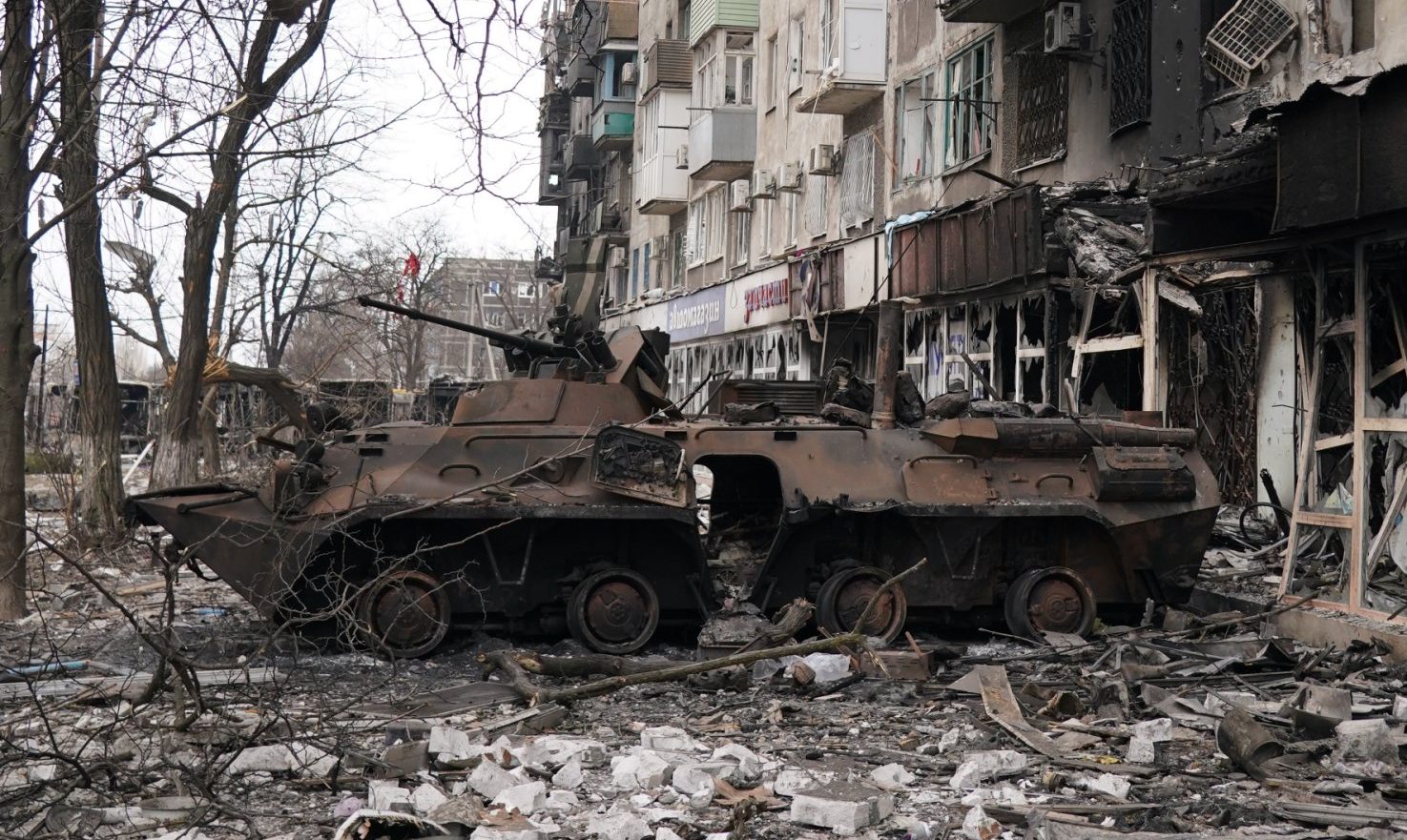 Ukraine says a top Russian soldier took his own life after realising how weak his unit’s reserve vehicles were.

Kyiv said the commander killed himself when he learned that 90% of tanks in reserve were unusable and un-serviceable because parts had been stolen.

In claims that have not been verified, Ukraine said some tanks did not even have engines or had been almost completely dismantled.

Throughout the invasion, Russia has been exposed as being far weaker than previously thought becoming bogged down in a protracted battle which many onlookers believed could have lasted a matter of days.

Ukraine’s Ministry of Defence said the invaders were struggling and the ‘problem of the impossibility of restoring equipment after “deconservation” from warehouses’.

They claimed on Telegram that electronic equipment with precious metals inside had been stripped.

The update said: ‘Currently, the enemy RVB is trying to put into operation a significant amount of equipment coming from long-term storage facilities.

‘The condition of this equipment is mostly extremely unsatisfactory, which makes its full use impossible.

‘At present, plans to transfer equipment taken from storage to the front have actually been thwarted.’

It is not known how many Russian soldiers have been killed in the war, but Kyiv claims 16,000 have died and thousands more have surrendered or been injured.

In Moscow, senior general Sergei Rudskoi has hinted that Russia is scaling back it’s objective, saying the main goal is now to control the eastern Donbas region.

His statement was made after a Western official reported that a seventh Russian general, Lieutenant General Yakov Rezanstev, had died in Ukraine and that a colonel had been ‘deliberately’ killed by his own demoralised men.

Rezanstev had previously claimed on the fourth day of the invasion that it was only a matter of hours before Ukraine fell. He died in the commanding post of the 49th Russian Army which was destroyed.

Army Commander General Vlaislav was sacked by the Kremlin last week because of Russia’s heavy losses.