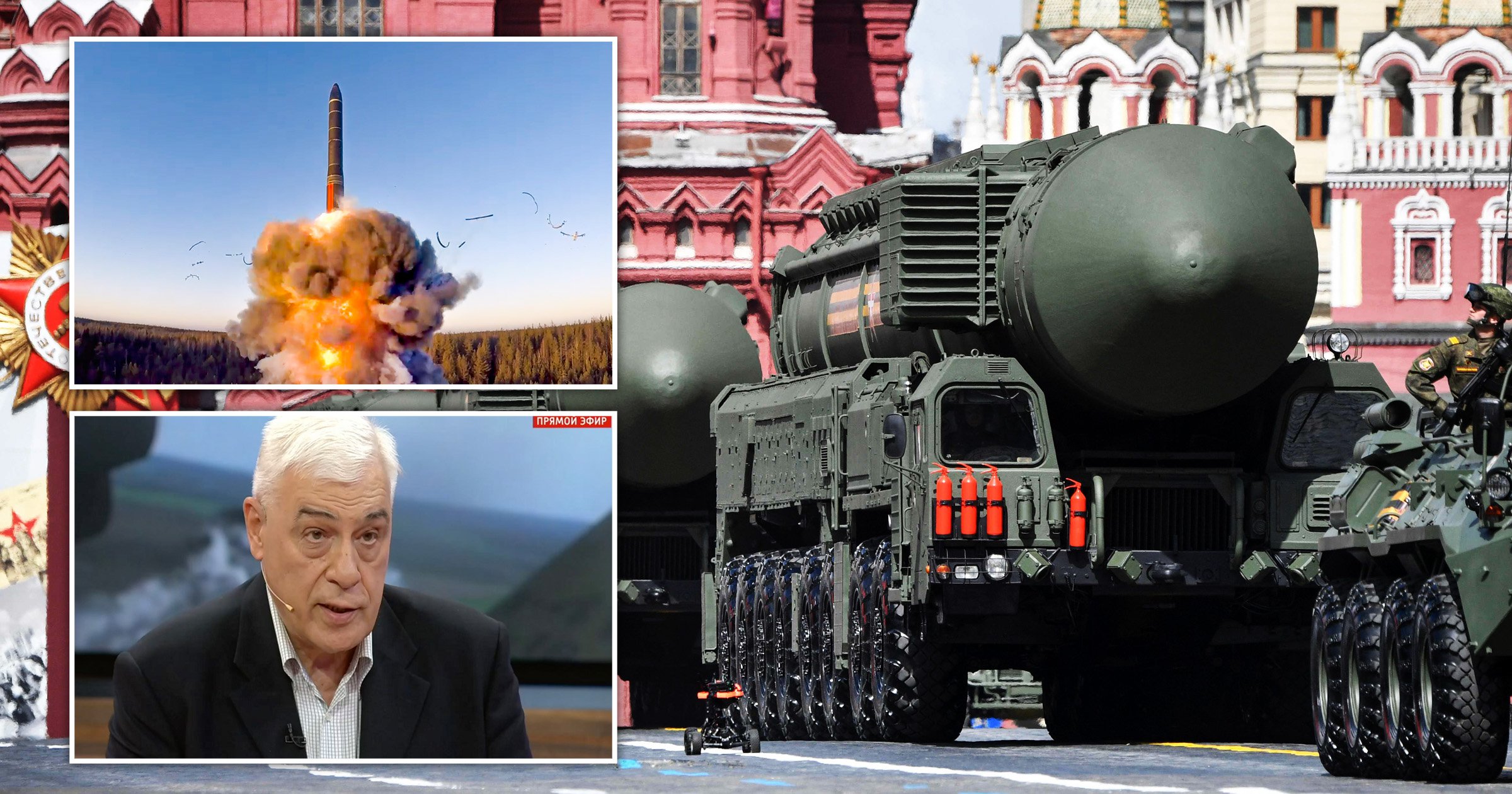 The UK will ‘physically cease to exist’ if the latest stand-off in Lithuania triggers a nuclear World War Three, a retired Russian general claimed.

Speaking on Russian state TV this week, lieutenant general Evgeny Buzhinsky said the West is playing with fire in blockading the Russian exclave of Kaliningrad, in order to prevent sanctioned goods from reaching the territory via Nato state Lithuania.

The military expert also lashed out at British general Sir Patrick Sanders, who took command of Britain’s land forces this week and announced his arrival with a chilling message saying troops should be prepared to fight Russia and defend Europe.

‘He doesn’t understand that as a result of the Third World War Britain will physically cease to exist,’ said Lieutenant Buzhinsky.

‘The island will vanish, so I’ve no idea where he or his descendants will live.’

In a chest-beating message sent to troops on his fourth day in charge of the armed forces, General Sanders said: ‘I am the first chief of the general staff since 1941 to take command of the Army in the shadow of a land war in Europe involving a continental power…

‘The scale of the enduring threat from Russia shows we’ve entered a new era of insecurity.

‘It is my singular duty to make our Army as lethal and effective as it can be. The time is now and the opportunity is ours to seize.’

In response, Lieutenant Buzhinsky claimed alongside the war in Ukraine the situation in Kaliningrad was ‘deeply serious’, and urged president Vladimir Putin to move nuclear weapons to the exclave in order to protect Russian interests.

Formerly the Prussian outpost of Königsberg, the city of Kaliningrad is Russia’s most westerly territory and has been a key strategic outpost since the end of World War Two.

It is wedged in between Lithuania and Poland, and acts as the headquarters of the Kremlin’s Baltic Fleet.

‘This is a long game to push us out from the Baltic Sea, an attempt to block and cut Kaliningrad off, and finally to take it away from us,’ he claimed.

Lieutenant Buzhinsky, who served in senior positions in the Russian defence ministry, said the West intended to ‘block Kaliningrad economically, completely, until our people howl from destitution’.

He added Putin should nullify the Soviet recognition of Lithuania’s independence, switch off its energy and take control of its borders.

‘And then finally we must take military measures,’ he concluded.

Elsewhere in the interview Lieutenant Buzhinsky confirmed Russia was now effectively at war with Nat, adding any attempts to impede on Russia’s sovereign territory could make the situation in Ukraine look like ‘a joke’.

Elsewhere this week, Putin’s spokesperson Dmitry Peskov warned all trust has now evaporated between the West and Moscow.

‘Relations between Russia and the West will not be back to the previous level, because Moscow will never again trust such “partners”,’ he told US TV channel MSNBC.

‘It will be a lengthy crisis, but we will never trust the West again.’