Saving cats and dogs: Pet rescuers do it fur the love

The young German shepherd-cross dog was skinny and starving when she was found in the north-western Victorian town of Robinvale earlier this month.

She was handed to a ranger after being found sheltering from the rain on the verandah of a house.
The dog was not microchipped and no one came to claim her from the council pound. 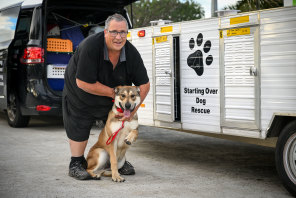 Ten years ago unwanted animals like Fairie, as she’s been dubbed, might have been euthanised, but luckily for her, that’s changed.

She’s been saved by a network of volunteers who rescue stray cats and dogs in northern Victoria and southern NSW then bring them to Melbourne for adoption.

The process is called the North West Run and organisers say it saves more than 3500 animal lives a year.

Every Wednesday, volunteer Bill Maher drives a 600-kilometre route from Mildura, stopping at various towns to pick up the strays. This week, there were several dozen animals. 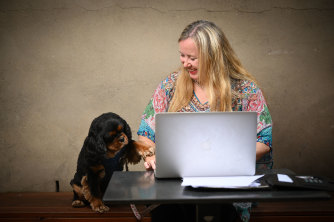 He drops them off at a car park on Melbourne’s fringe, then heads back to Mildura, sometimes getting home after 11pm.

There to meet Maher in the Melbourne car park are 15 volunteers from animal rescue groups including Starting Over Dog Rescue, MEOW Rescue and the Forever Friends Animal Rescue.

The rescue volunteers then drive the dogs and cats to foster carers as far away as Cranbourne and Emerald.

Maher, who owns a rescue dog, feels he is making a difference to his canine and feline passengers. “We’re taking them where they’ll be cared for. They are definitely getting a second chance,” he said. 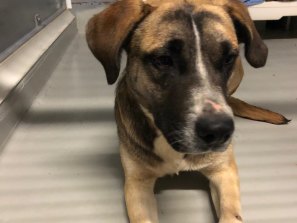 Fairie the German shepherd-cross in a council pound after being found on a Robinvale verandah.

Handing over Fairie, who he picked up from Swan Hill pound, Maher, 57, said he hoped she “gets someone nice to look after her, and has a good life. She’s rescued, she’ll be right. She’ll be fine.”

He is not paid for his efforts, although his expenses, such as petrol, are reimbursed.

Maher, who also drives 300 kilometres to Broken Hill every Monday to pick up strays, said one mastiff-cross he transported from the NSW mining town was so starved he could see every bone in her body.

But he saw a photo of her a few weeks later, well looked after in foster care, “and she was just beautiful, like a different dog, which was great”. 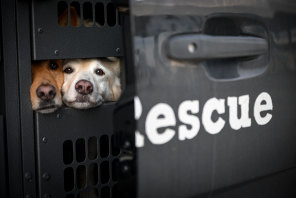 Dogs wait to be unloaded after their long road trip across Victoria.Credit:Eddie Jim

“Some of them do tug at your heart, I will admit that. There’s some you take a little bit of extra care with, especially the puppies,” he says.

In foster care, the animals get vet treatment, and within weeks they are put up for adoption.

Gardner, who is also a property valuer and mother of two, started the network 10 years ago and runs it from her Balwyn home, sometimes working long past midnight. 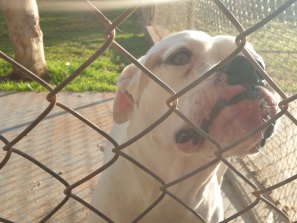 An American bulldog surrendered because its owner was homeless.

Before each Wednesday rendezvous, Gardner assesses photos, videos and details of the cats and dogs listed by rangers at 14 council pounds, and confirms which rescue groups will take each animal.

She estimates more than 25,000 cats and dogs have been saved in the past 10 years.

She says she sometimes feels “at breaking point because people keep dumping animals”.

Recently a blue heeler was found abandoned in a forest in the Loddon Shire, north-west of Bendigo.

Gardner said the numbers of animals in need increased 30 per cent in the past six months. Many of those, she said, were bought during the COVID-19 pandemic but dumped when they displayed behavioural issues when left alone so their owners could return to work.

But one dog had to be given up by an owner who was living in a car.

Gardner said seeing animals adopted “is the most rewarding thing; it makes it all worth it”.

“I don’t want to see them die, that’s the motivation,” she said. “Once you’re in it, you can’t turn your back on it because if you do, you know what will happen. So you’ve kind of got that on your shoulders – that you’ve got to save them.”